Later this week I will have sent myself “via airmail” to my home town of Newcastle upon Tyne in northern England. I’ll be there for the opening of Spring Show at The Biscuit Factory Gallery, where a series of my bird images, entitled Correspondence, will be exhibited. 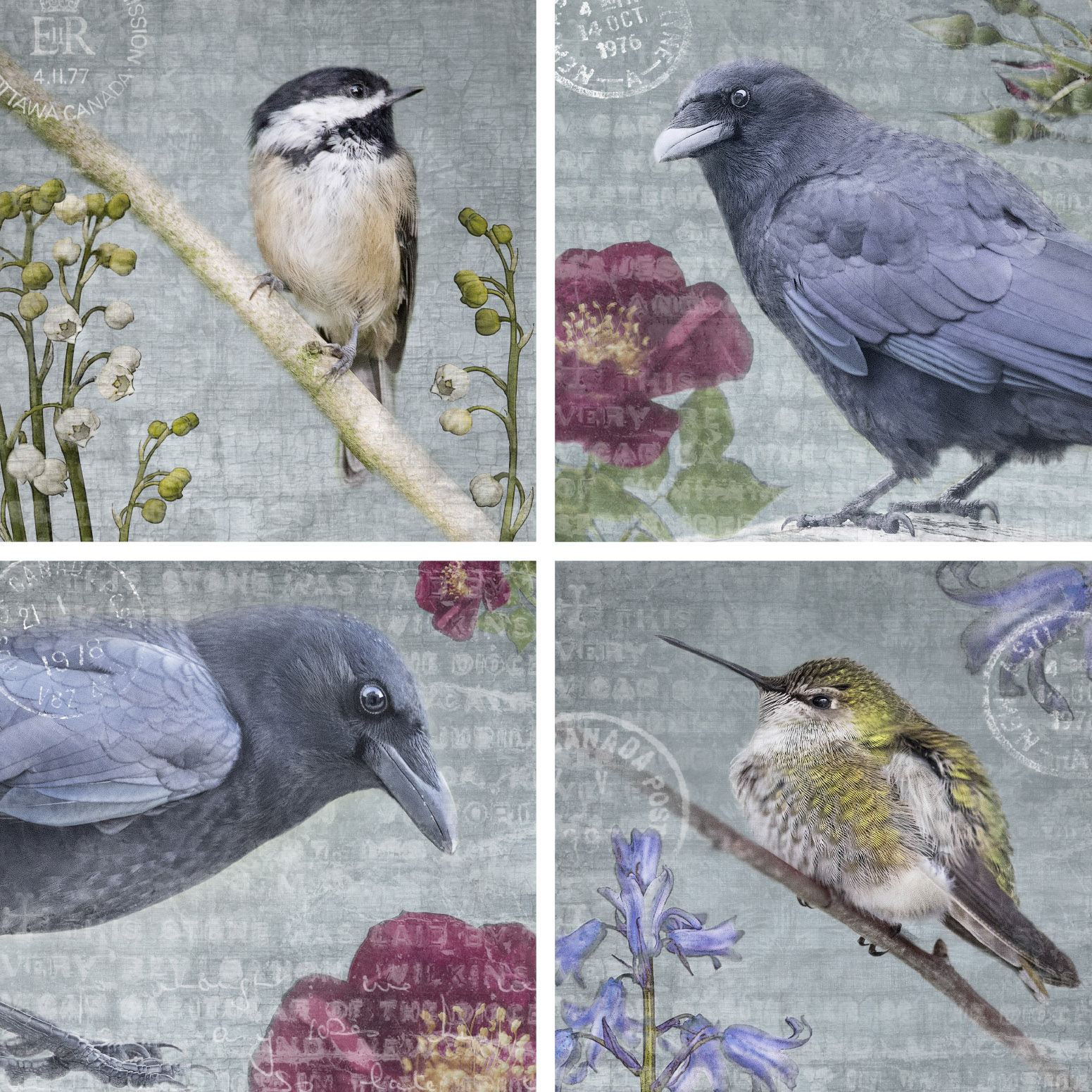 So many airmail letters, cards, and pressed flower collections passed between my mother and me. We wrote to each other from 1976, when I moved to Canada, until 1997, when she died. I keep many of our letters in a box under the bed. 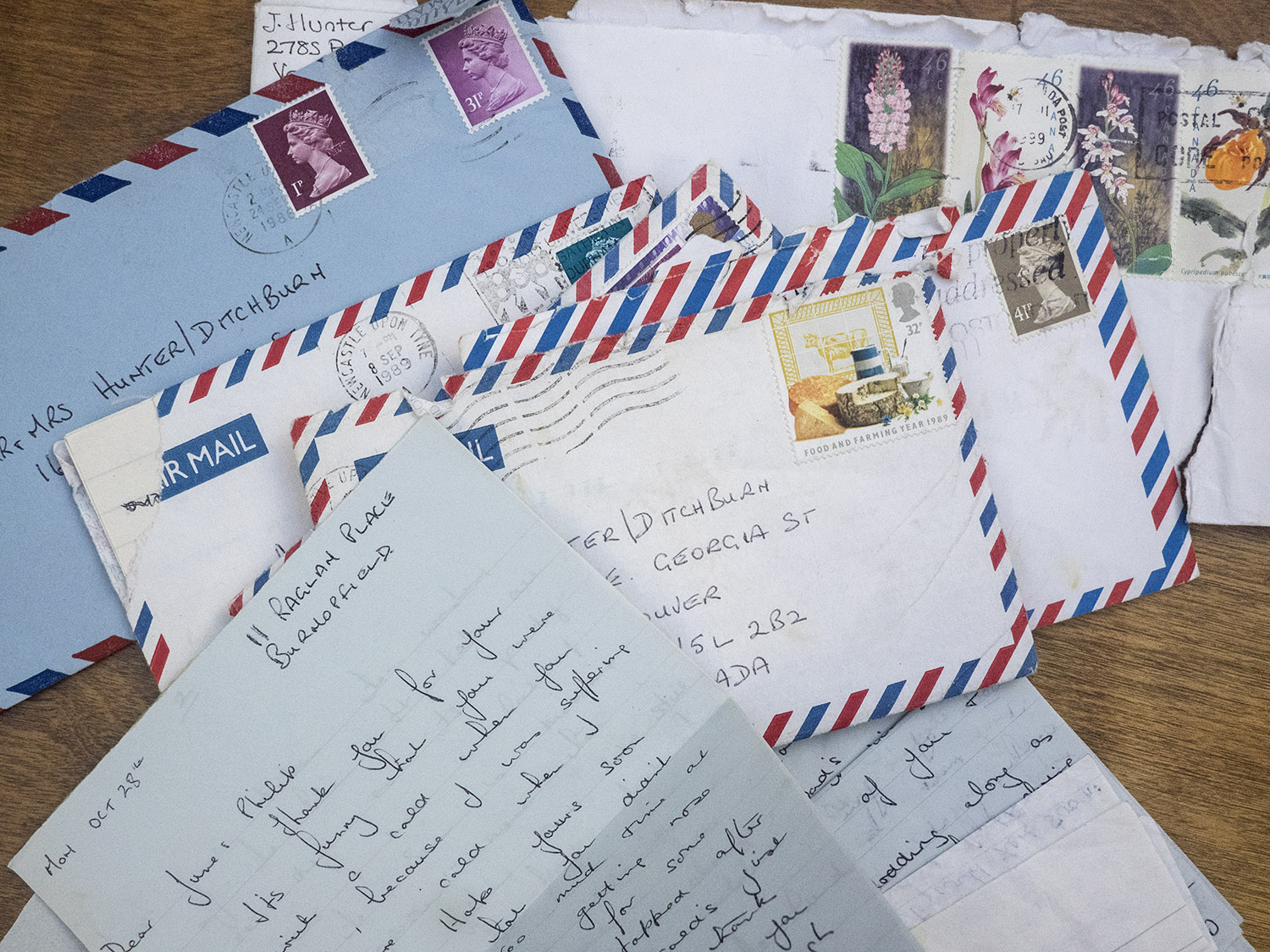 I like to re-read them every few years because I see completely different things in them now than when I received them in my 20’s, 30’s and 40’s. I guess that’s because I’m now “catching up” with my mother; getting to the same stations on life’s journey that she’d passed through decades ahead of me. Parts that I had skipped over in my youth now grab my attention and recognition in an entirely different way. 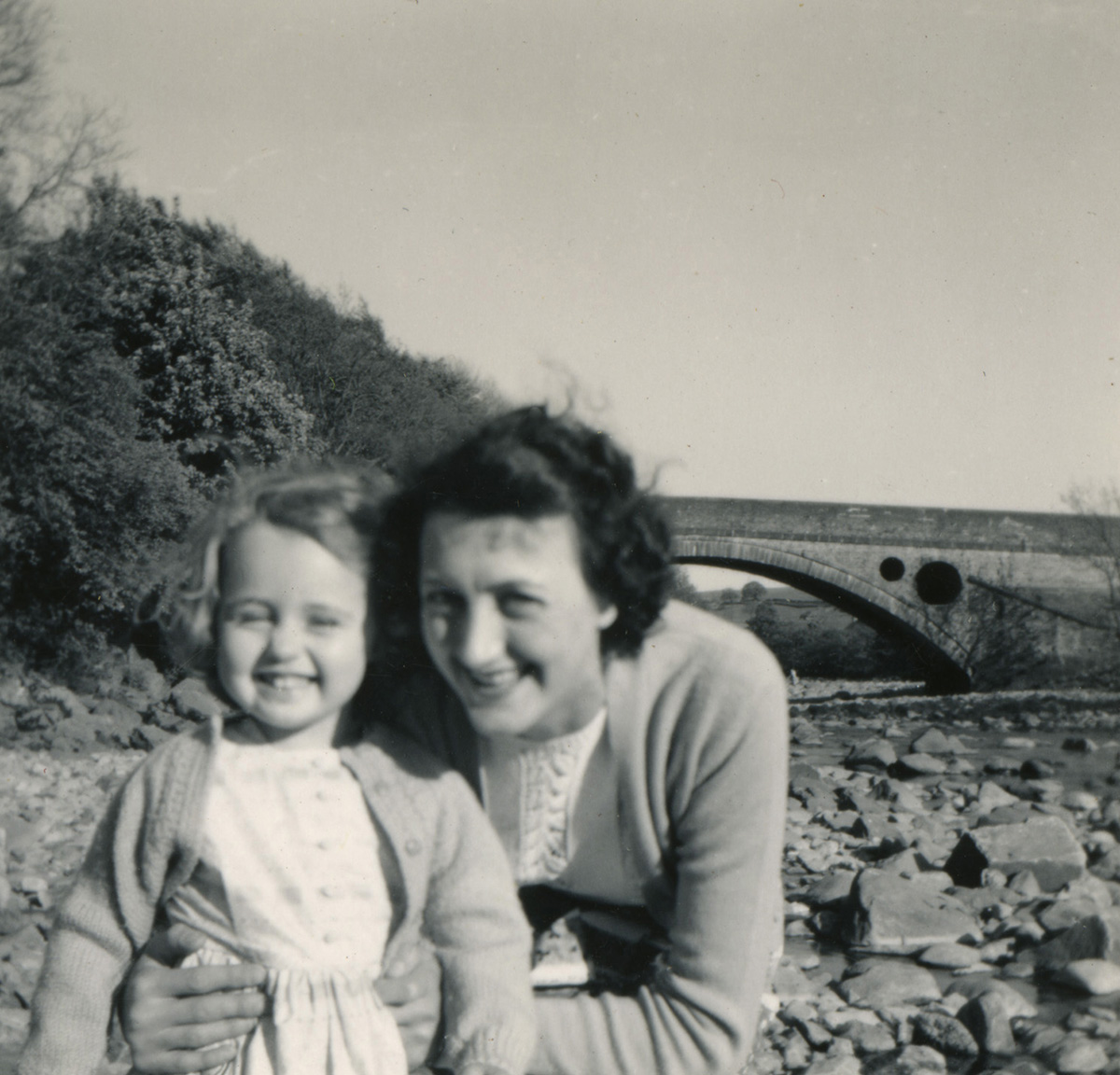 Although no more mail arrives from my mother; and although I no longer stick stamps on letters to her; I like to think the correspondence continues through my artwork. In my images I’m always pointing to things I know she’d have loved. I also like to think it’s the equivalent of a box of letters on the subject of “things that are important” for my children to go through one day in the distant future. At least, I’m fairly confident they will think of me almost every time they see a crow or a raven! 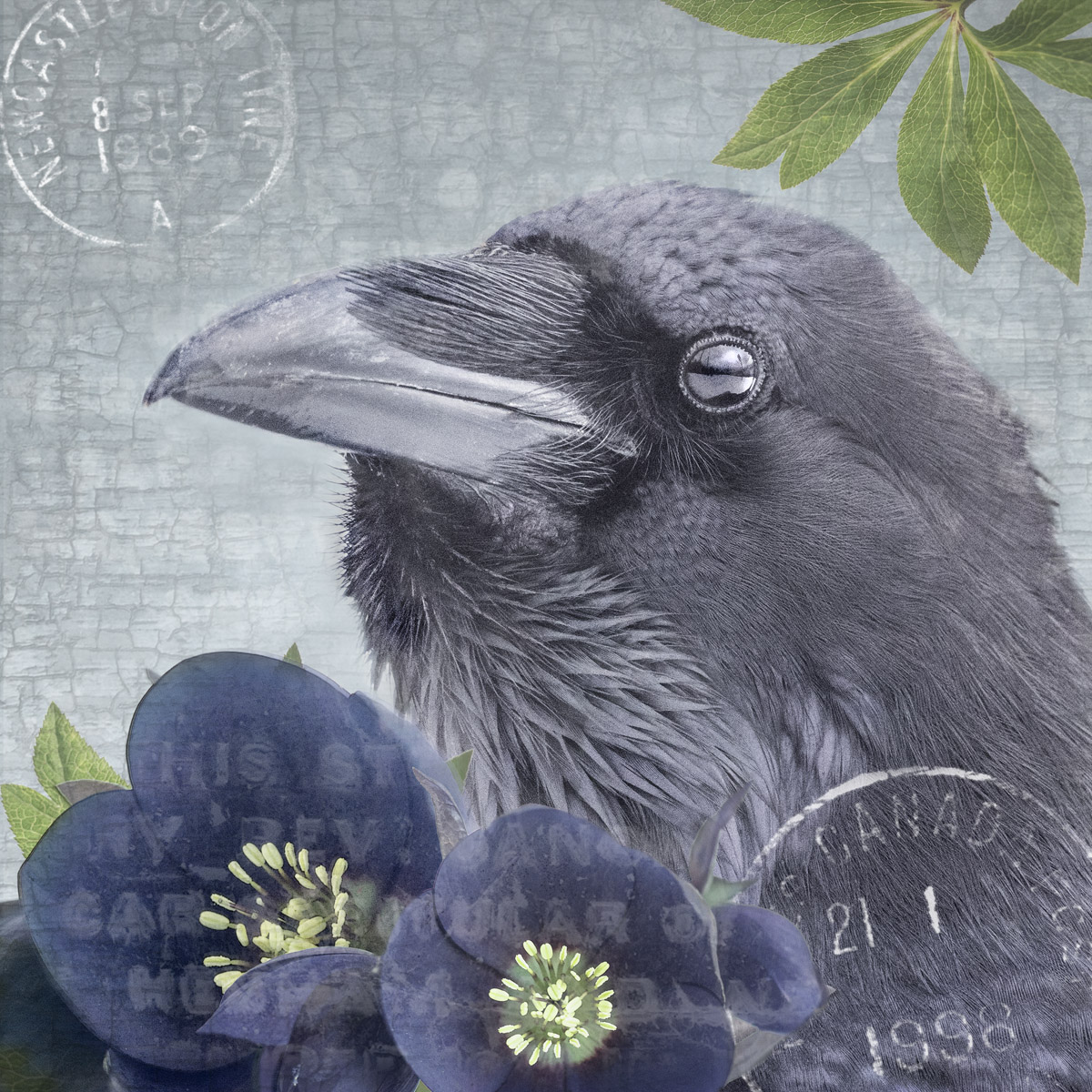 I like to think of my photographs of birds as portraits, rather than as scientific illustrations. I try to capture a look in the eye or a pose that captures the connection between birds and people. Although they have evolved along an entirely different path from that of the human race, I can’t help but feel, especially after the hours I’ve spent watching crows, that there is much we have in common.

Worrying about our children, furnishing our nests, trying to survive … we are all connected. 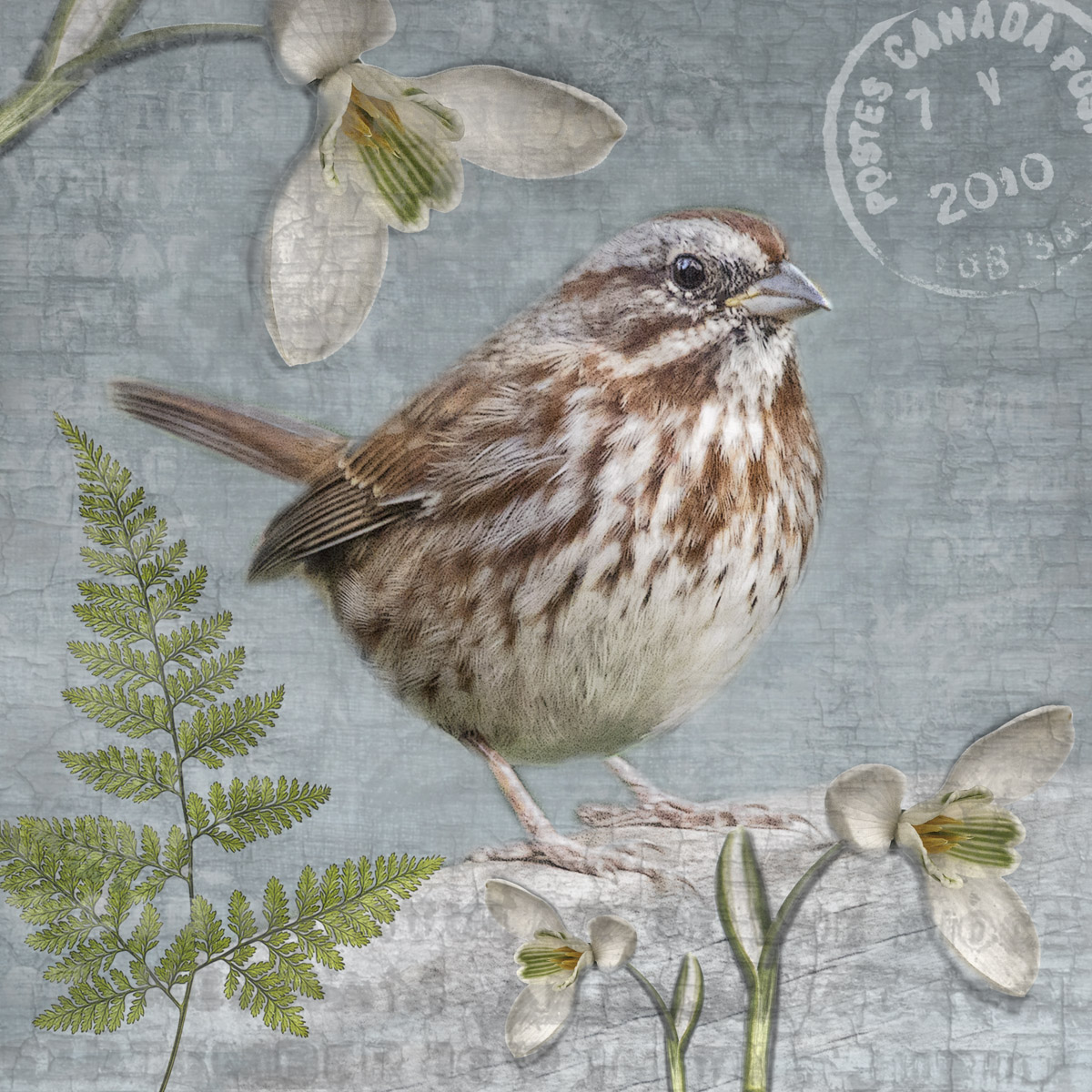