I thought I was actually going to be documenting the sudden and violent demise of Marvin this past Sunday.

I was at Make-It! Market for most of last week, but I took an hour or so off on Sunday morning to mail some online orders. On the way back from the post office, walking down the alley to the garden gate I heard a crow-motion, along with a simultaneous flash of massive wings.

A bald eagle had landed in the tree one street over. We often see them around here, but they’re usually soaring high overhead so you don’t really appreciate how very huge they are. You can see its true size as it perches next to the Crow Complaints Committee (CCC), voicing their various grievances from a nearby branch. 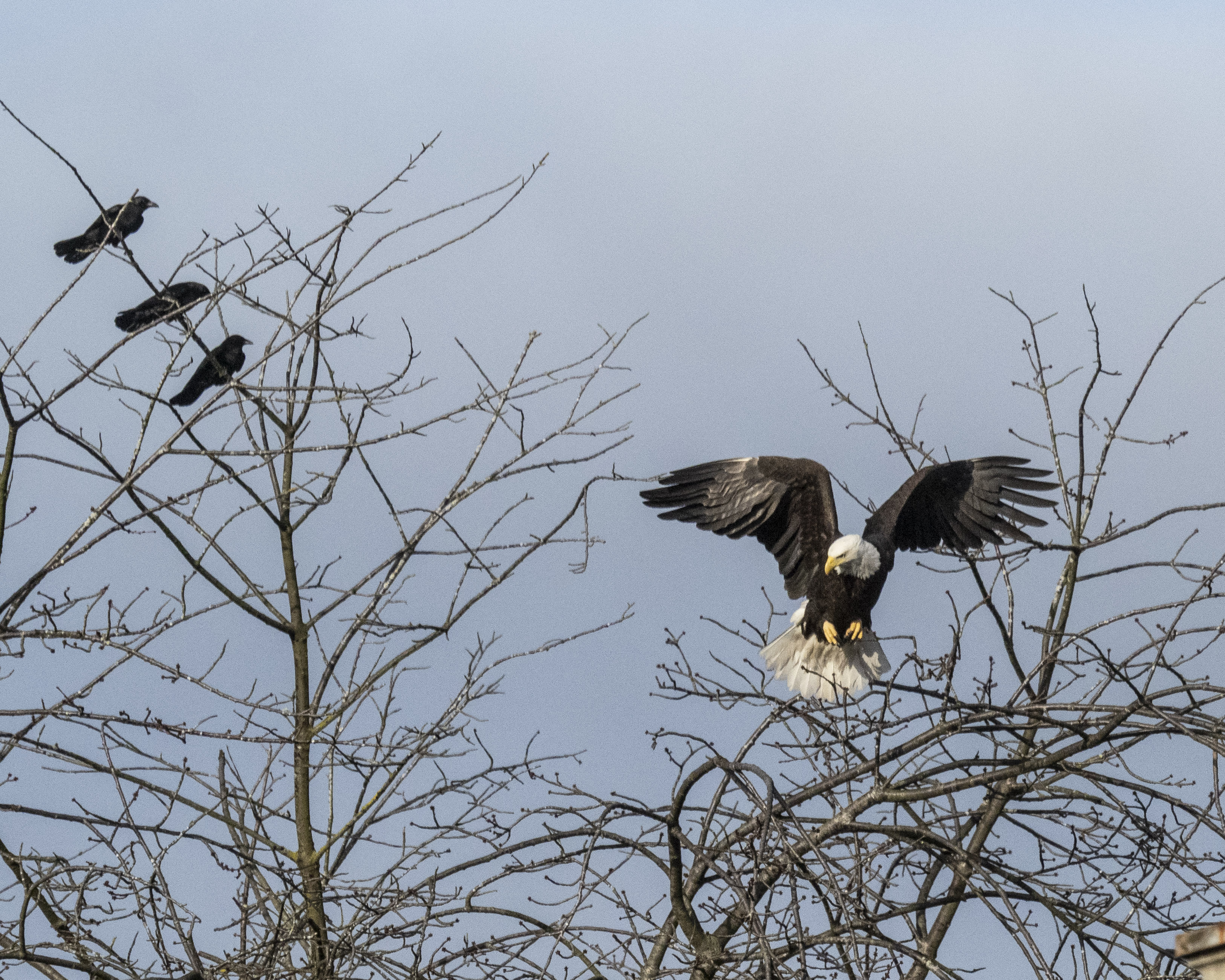 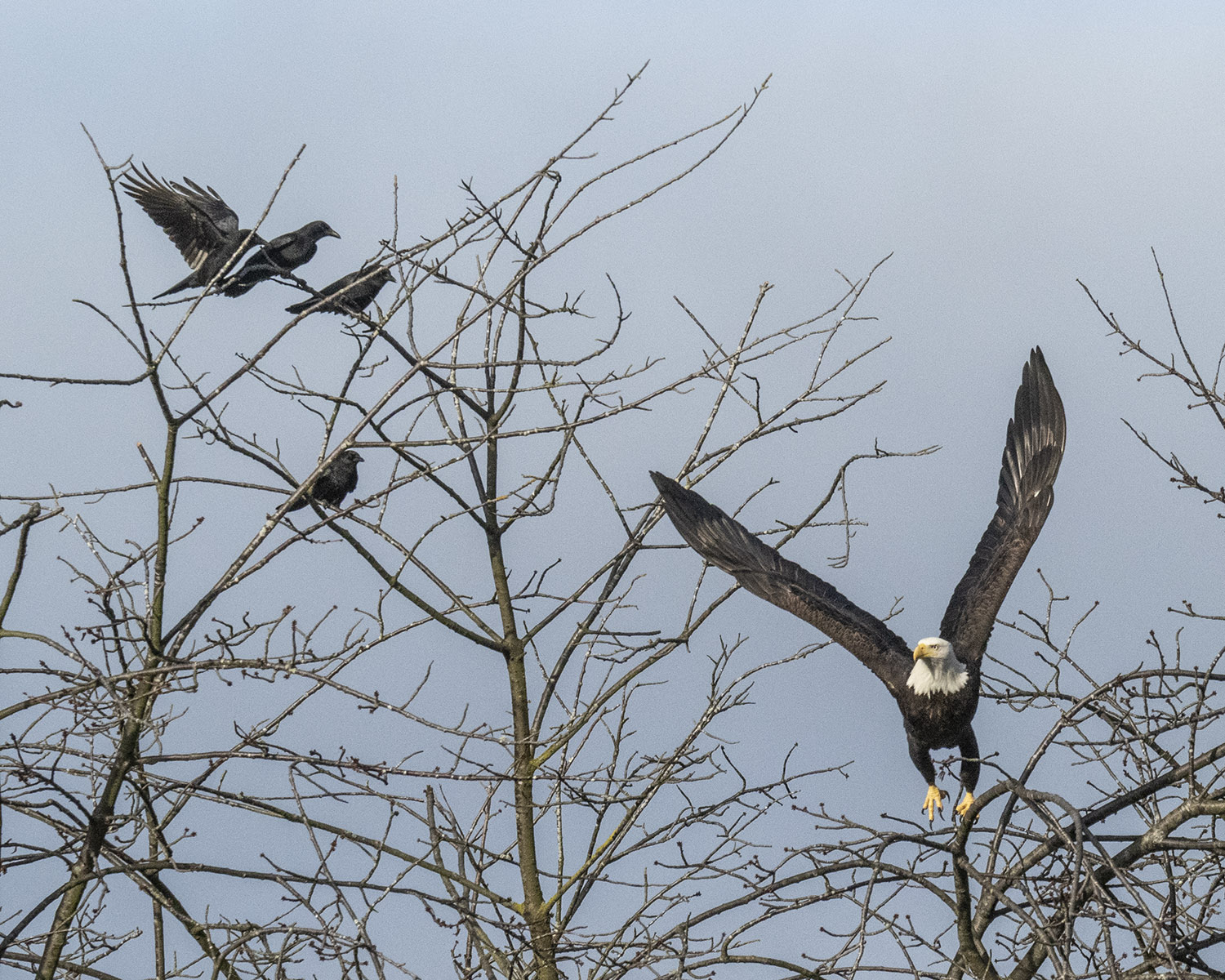 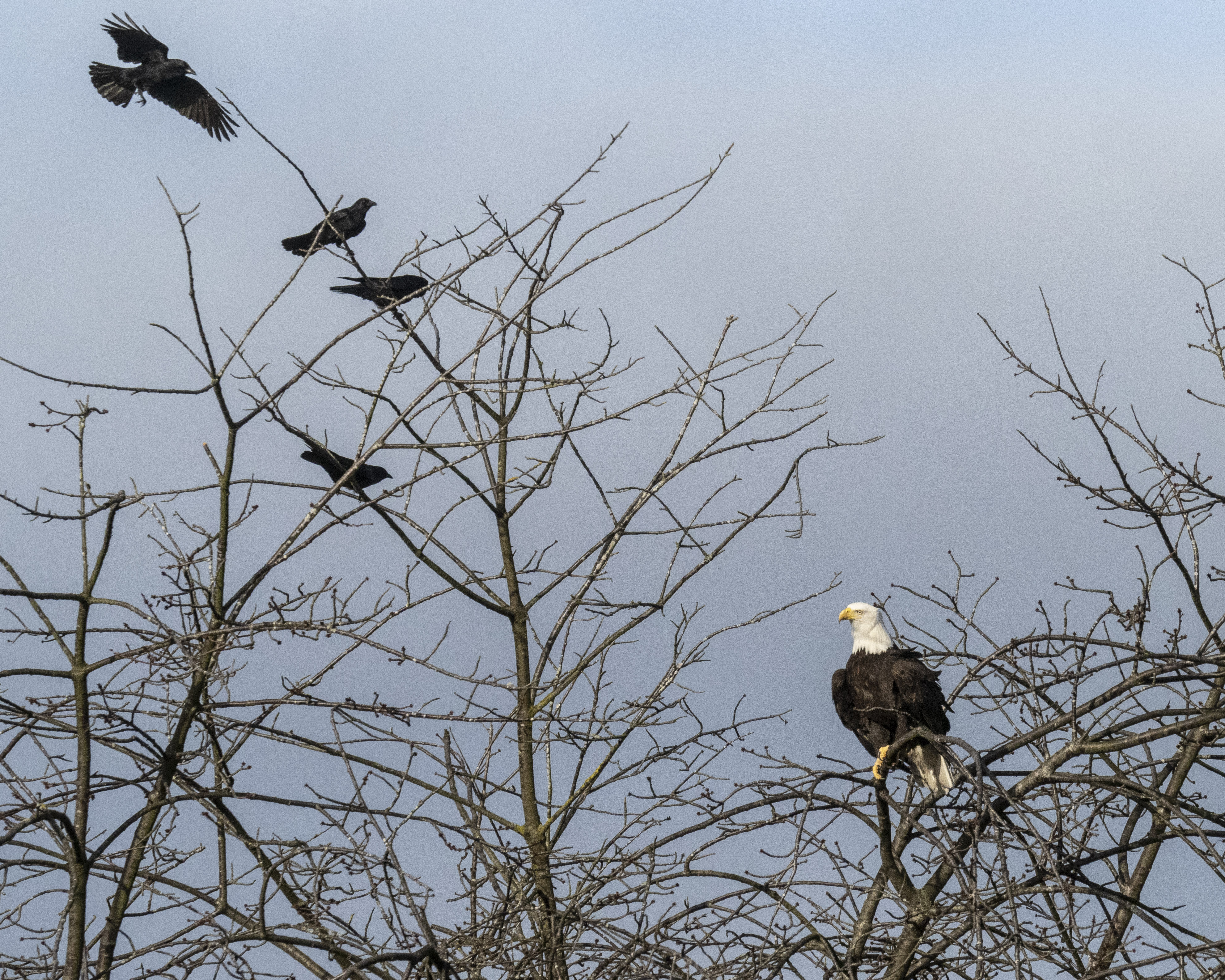 I’m sure that the four crows are Marvin, Mavis, Eric and Clara — the two pairs with territory closest to the offending eagle visitor.

And this is where I thought I was about to witness the death of one of them.

Based on what I know of the personalities of the four crows, Marvin is the most likely to pull this stunt. 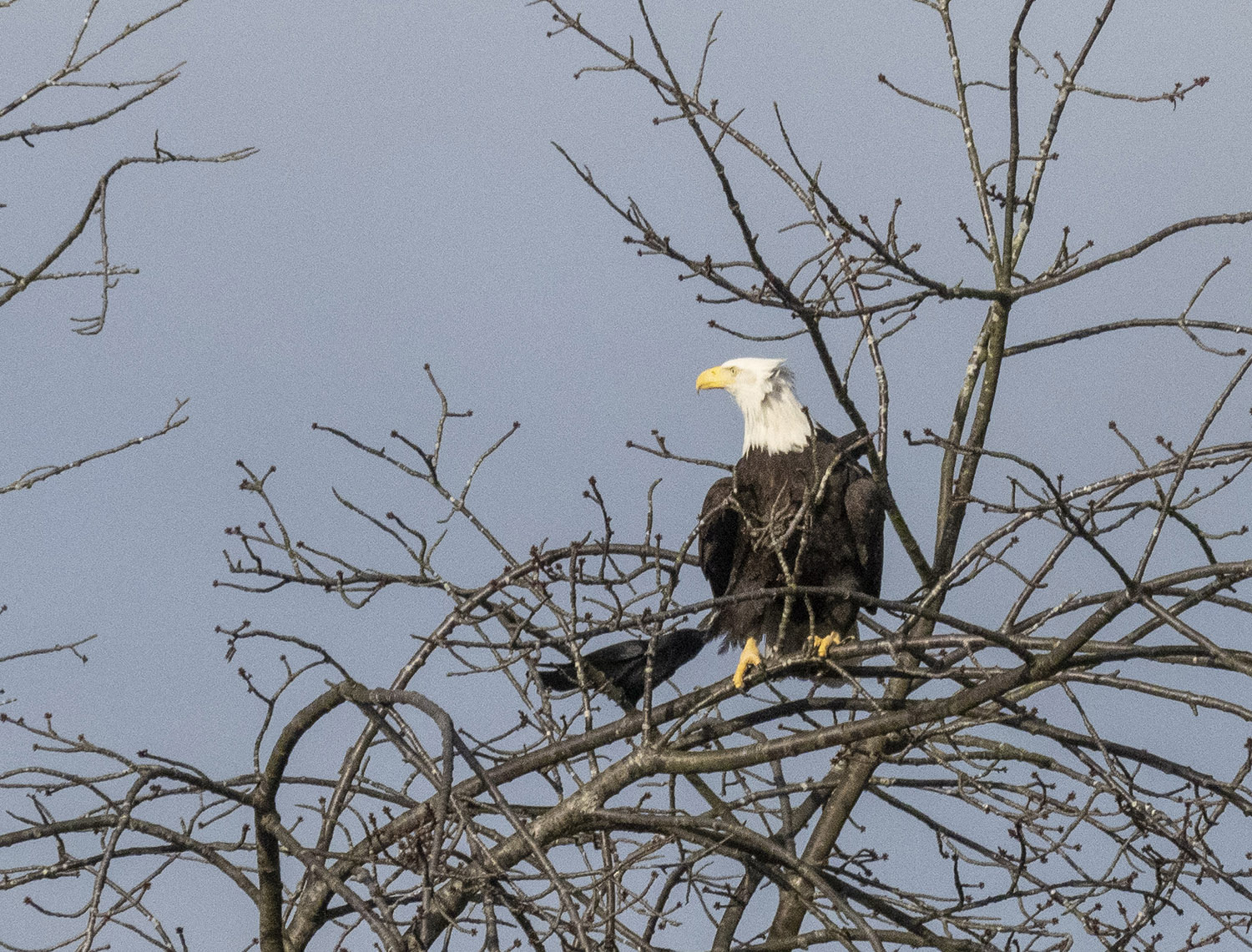 As I clicked the shutter I closed my eyes, not wanting to see what happened next.

Amazingly, what did happen  was that the eagle took off in search of a less irritating spot to spend Sunday morning … and Marvin the Maniac lived to annoy birds of prey another day. 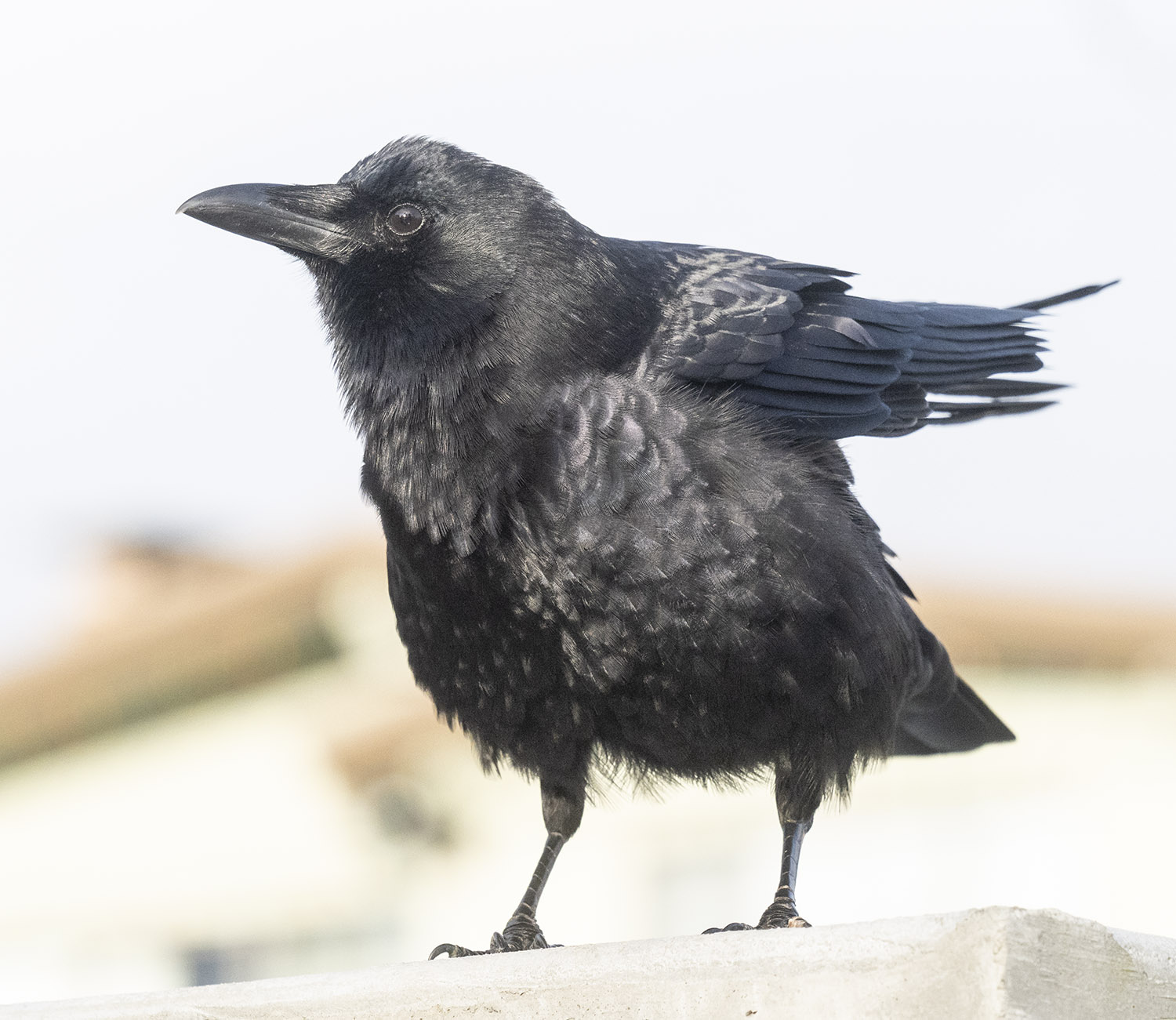 Post eagle-exploits, Marvin was looking pretty full of himself. 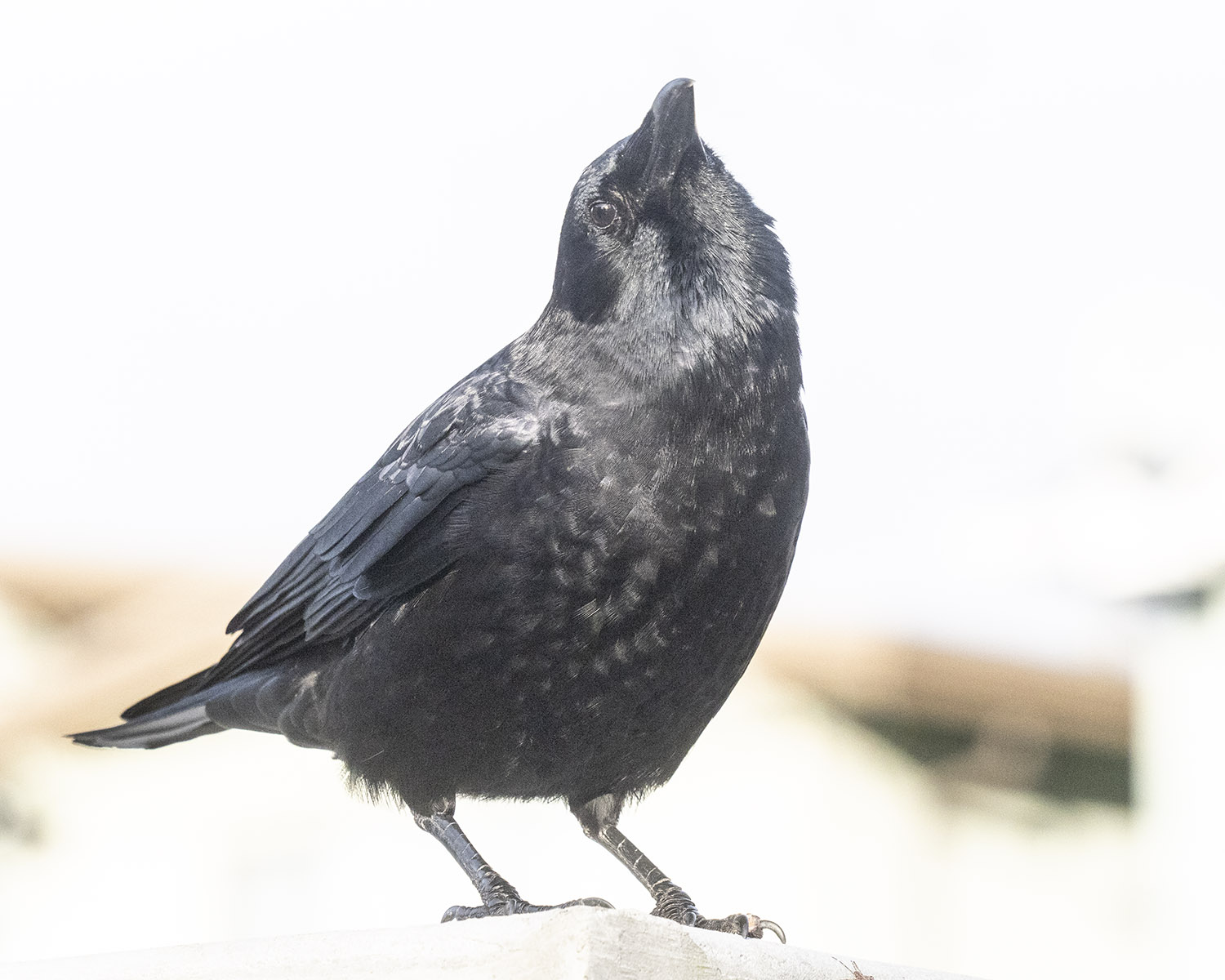 While, at the same time, keeping a close eye on the sky. 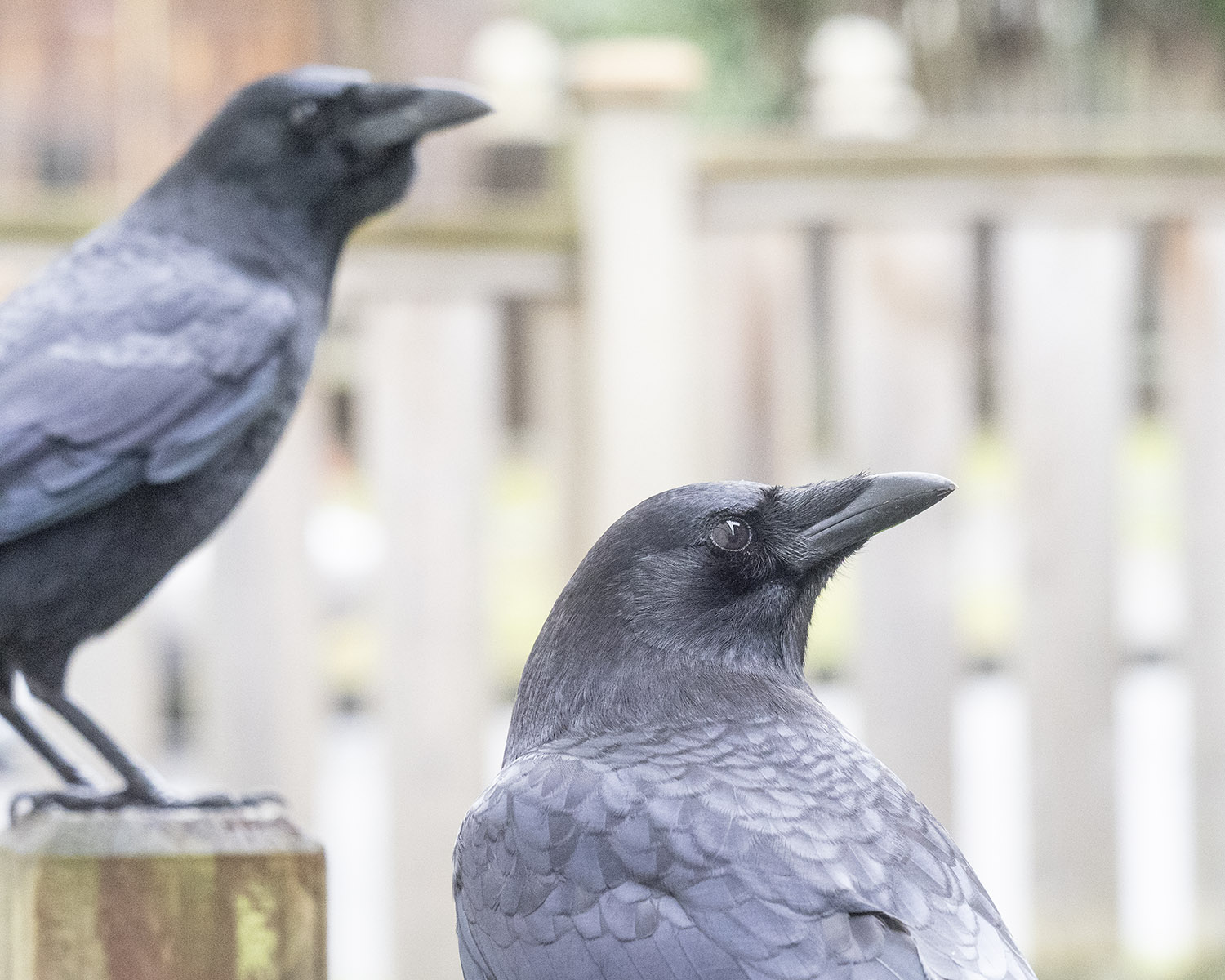 With help from Mavis. 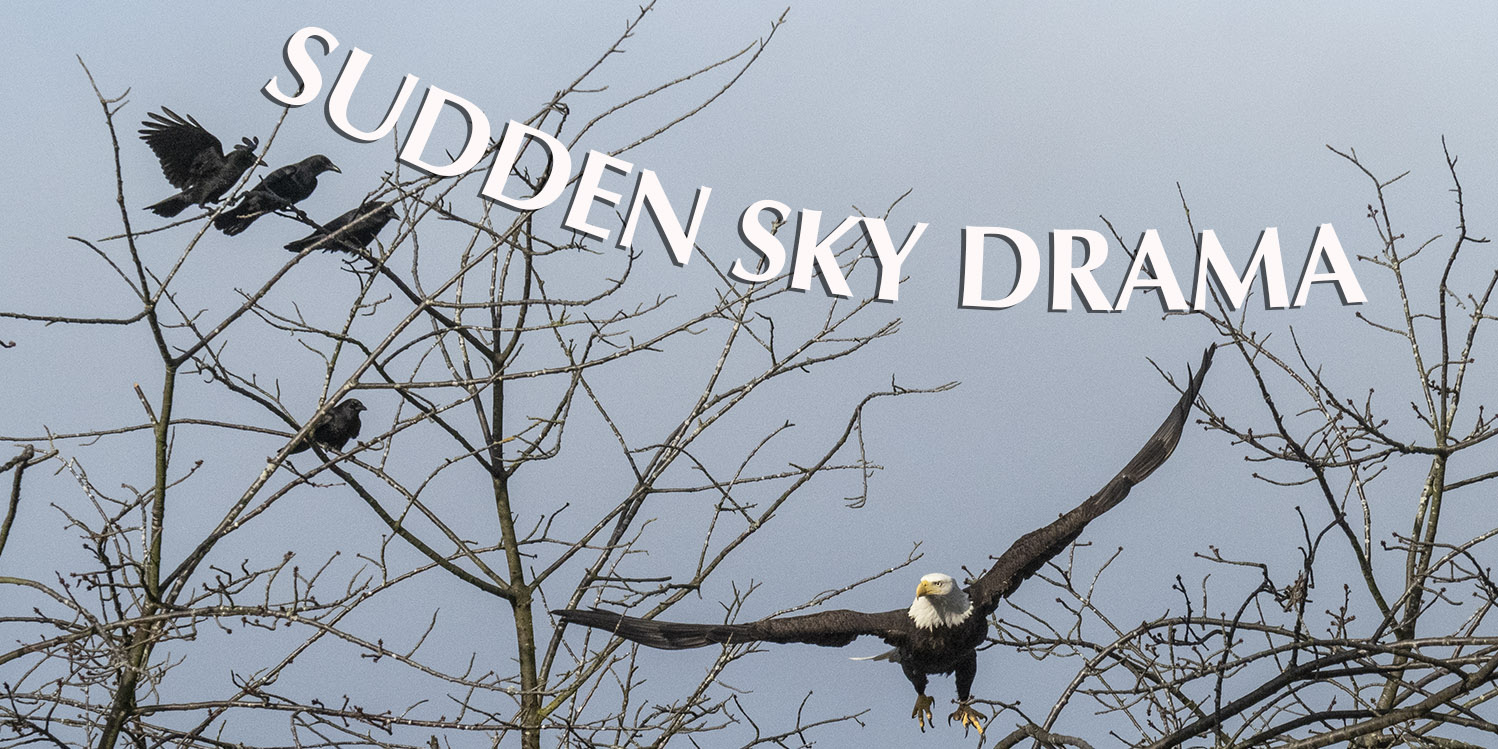 Leave a Reply to Life Under the Flightpath Cancel reply