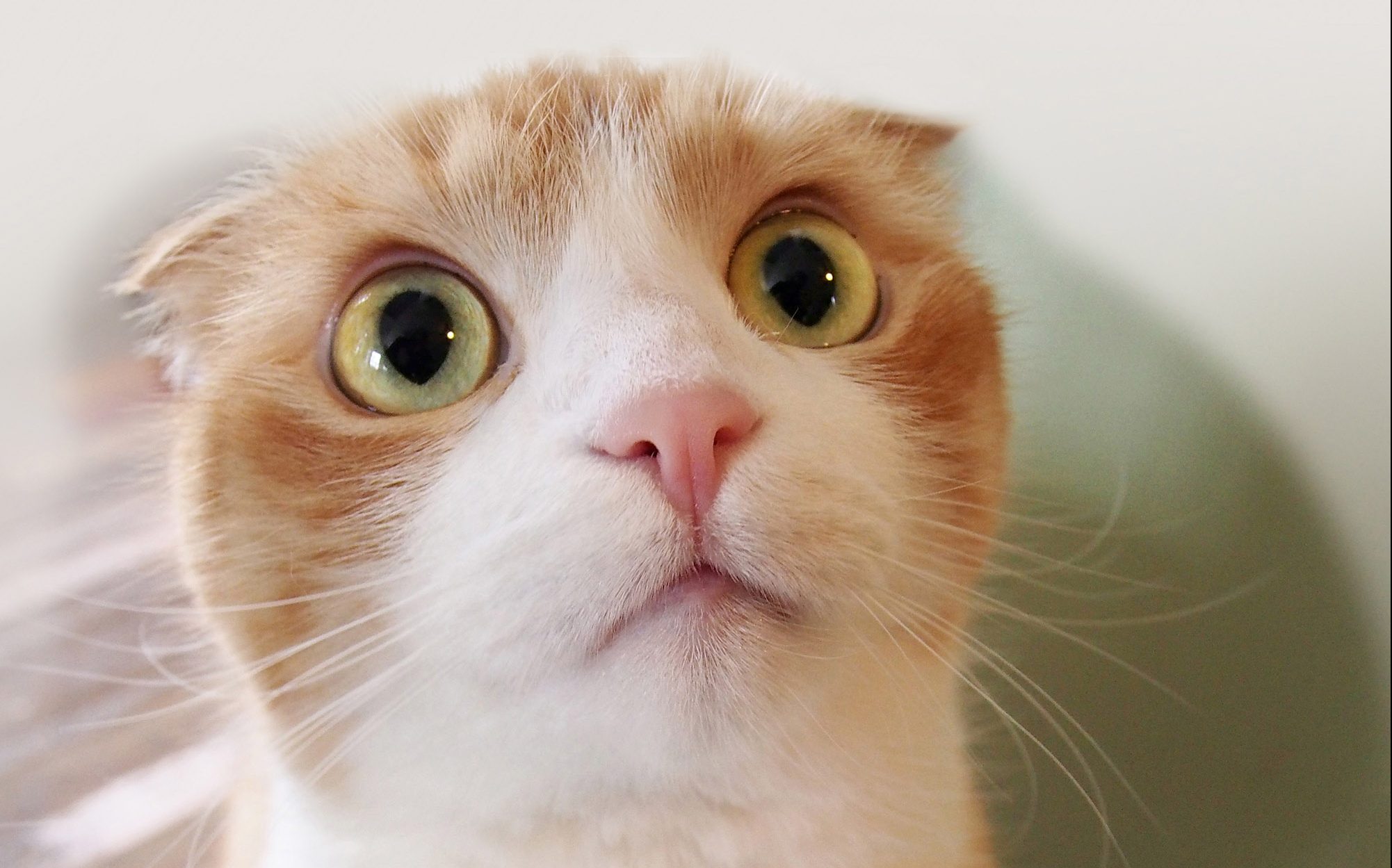 I am asked so many things about Edgar. How old is he? What kind of cat is he? Has he always been this cute? How does he get on so well with the dog?

This blog post (apart from a shameless excuse to post adorable older pictures of him) is an effort to answer those questions. 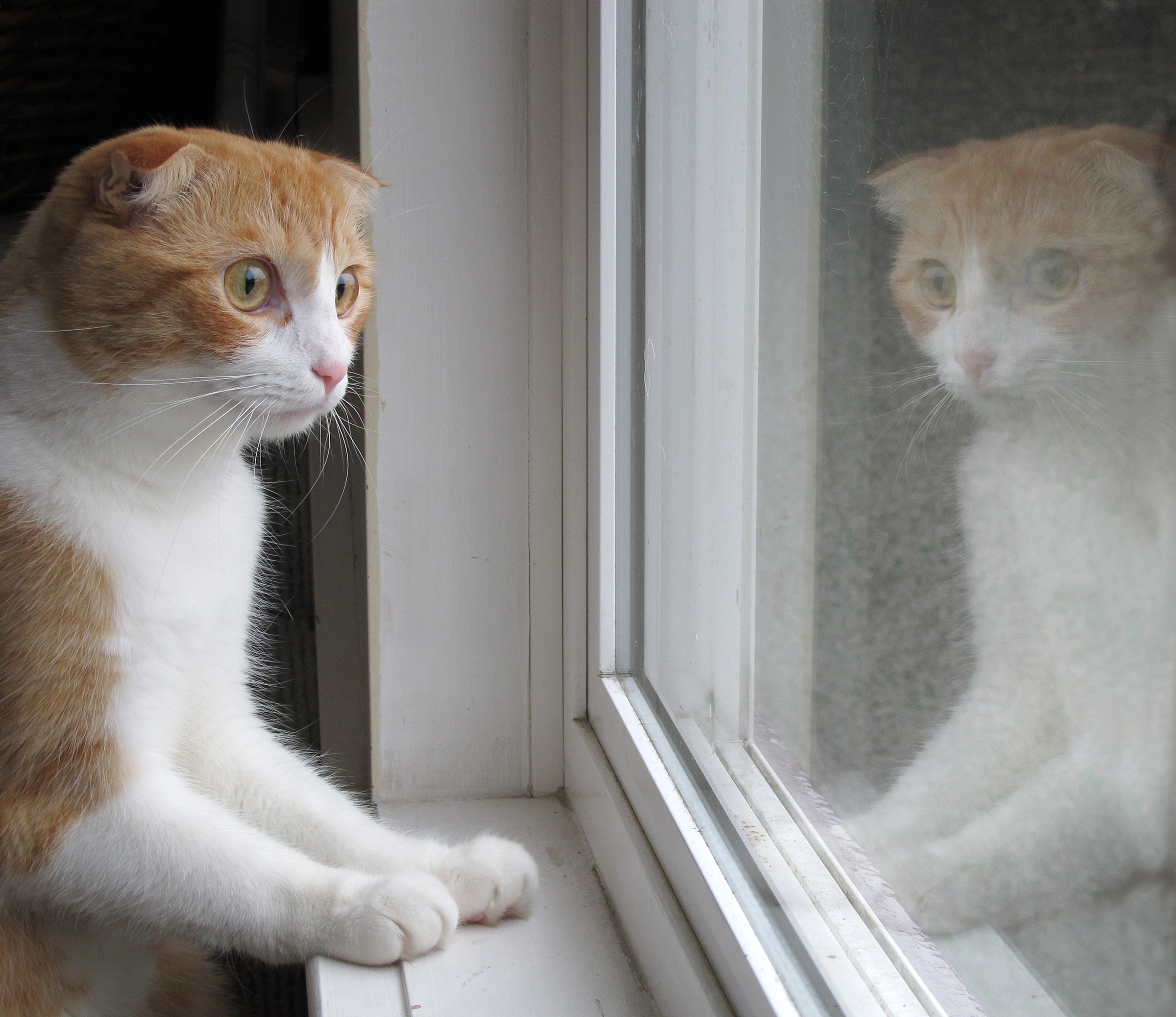 We think Edgar is about 11 now. He was given to my daughter, Lily, when he was a few months old by a friend of hers who was moving and couldn’t keep the kitten. I didn’t meet him until he was about a year old and Lily moved back home, bringing Edgar with her, in 2010.

The friend who gave Edgar to Lily owned his mum, who was a pure Scottish Fold ginger and white cat.  Scottish Folds are known for their tiny folded ears, large eyes and propensity for quirky poses. All are descended from Susie, a Scottish barn cat born in the 1960’s.

The background of Edgar’s father remains a mystery as his mother got out of the house one day, and … 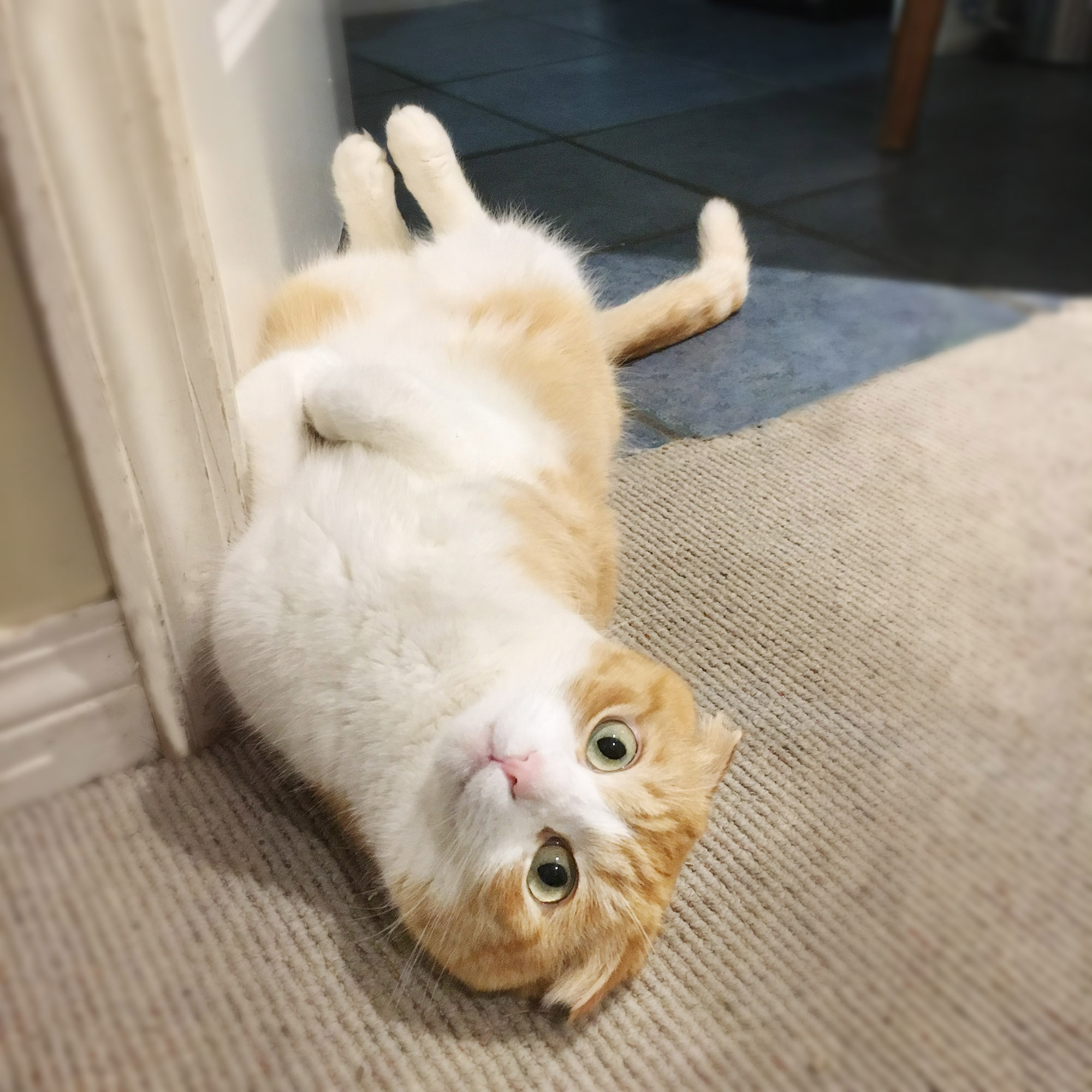 As a half Fold, Edgar has inherited most of the typical characteristics. His head is somewhat smaller and less fuzzy than a pure Scottish Fold, making his eyes look even more enormous, and his general demeanour, even more owl-like. 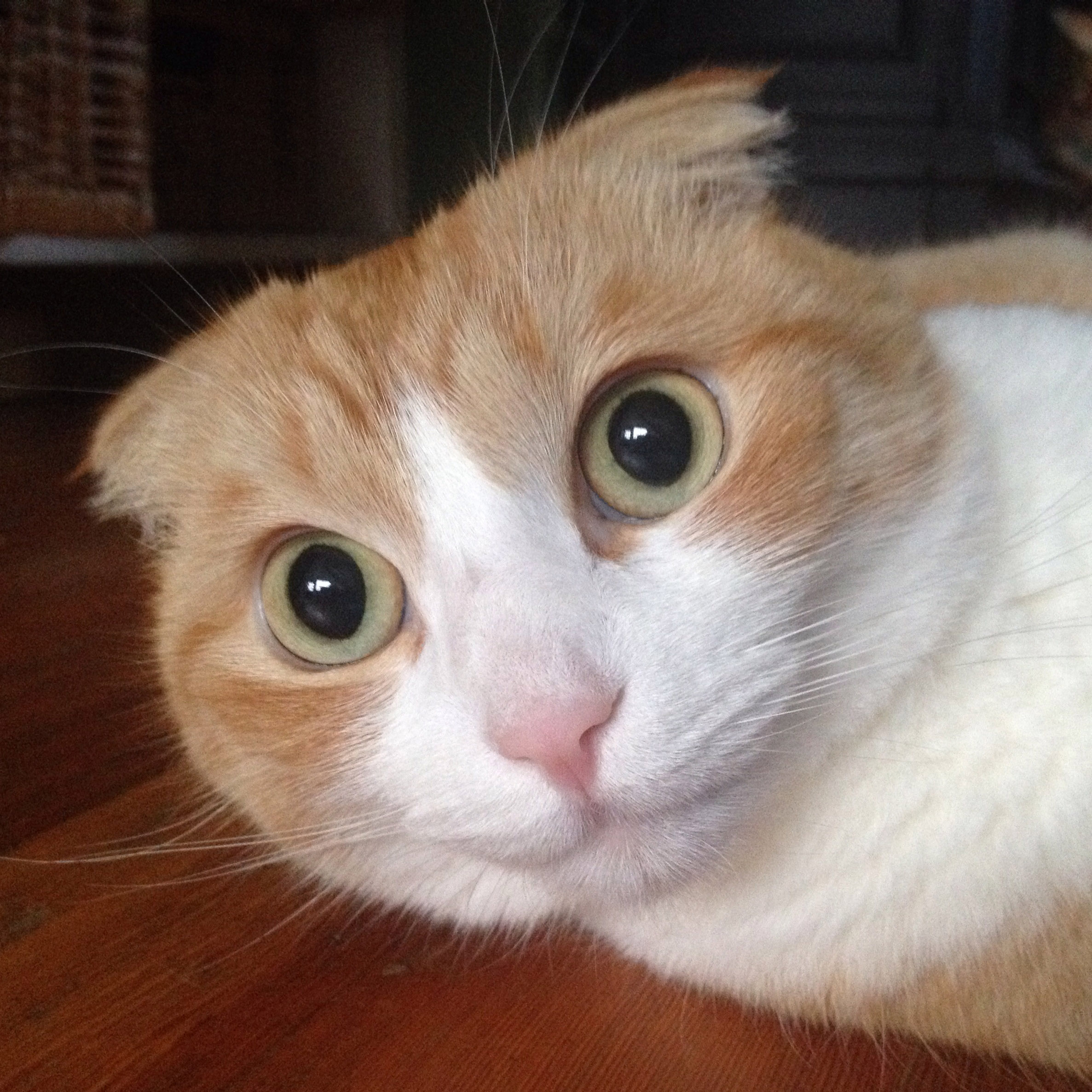 I didn’t see him as a kitten, so I can’t say how cute he may have been then.

But … fear not, Lily found some photos, given to her by her friend,  that she has kindly forwarded to me. 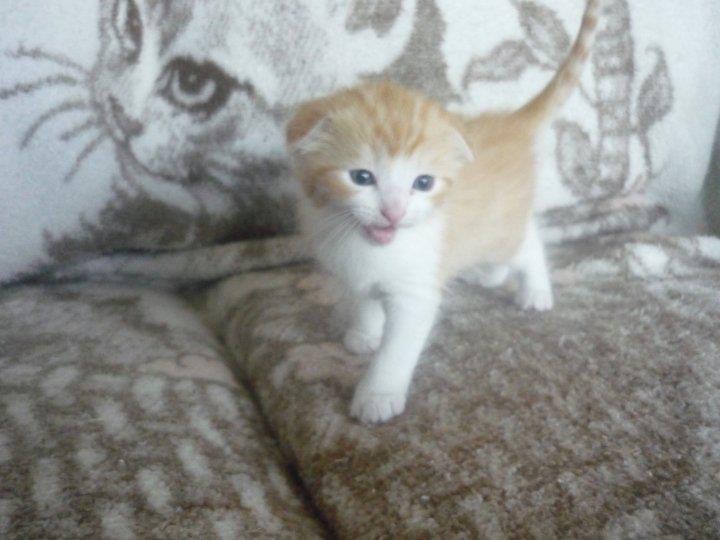 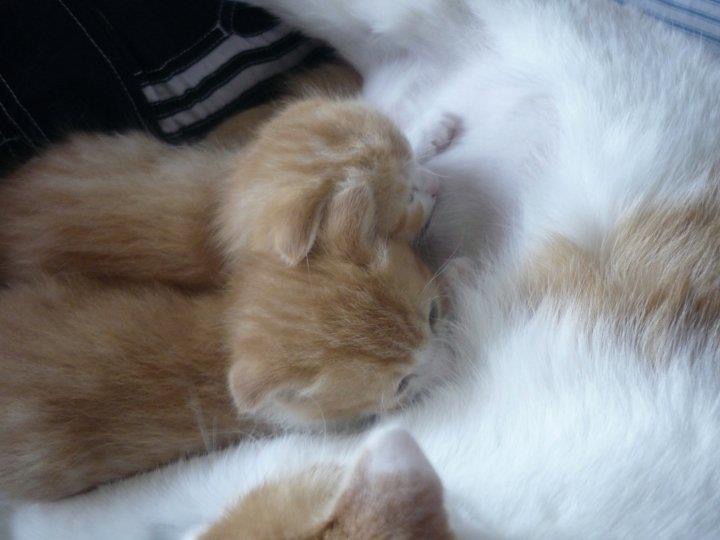 Edgar and his brother with their mum.

Edgar has been with us for ten years now. Lily moved out again, but kindly left Edgar with us, as he has more room to range about the house here, and someone is always home. These are the logical reasons. There was also the small matter of me refusing to let him go. 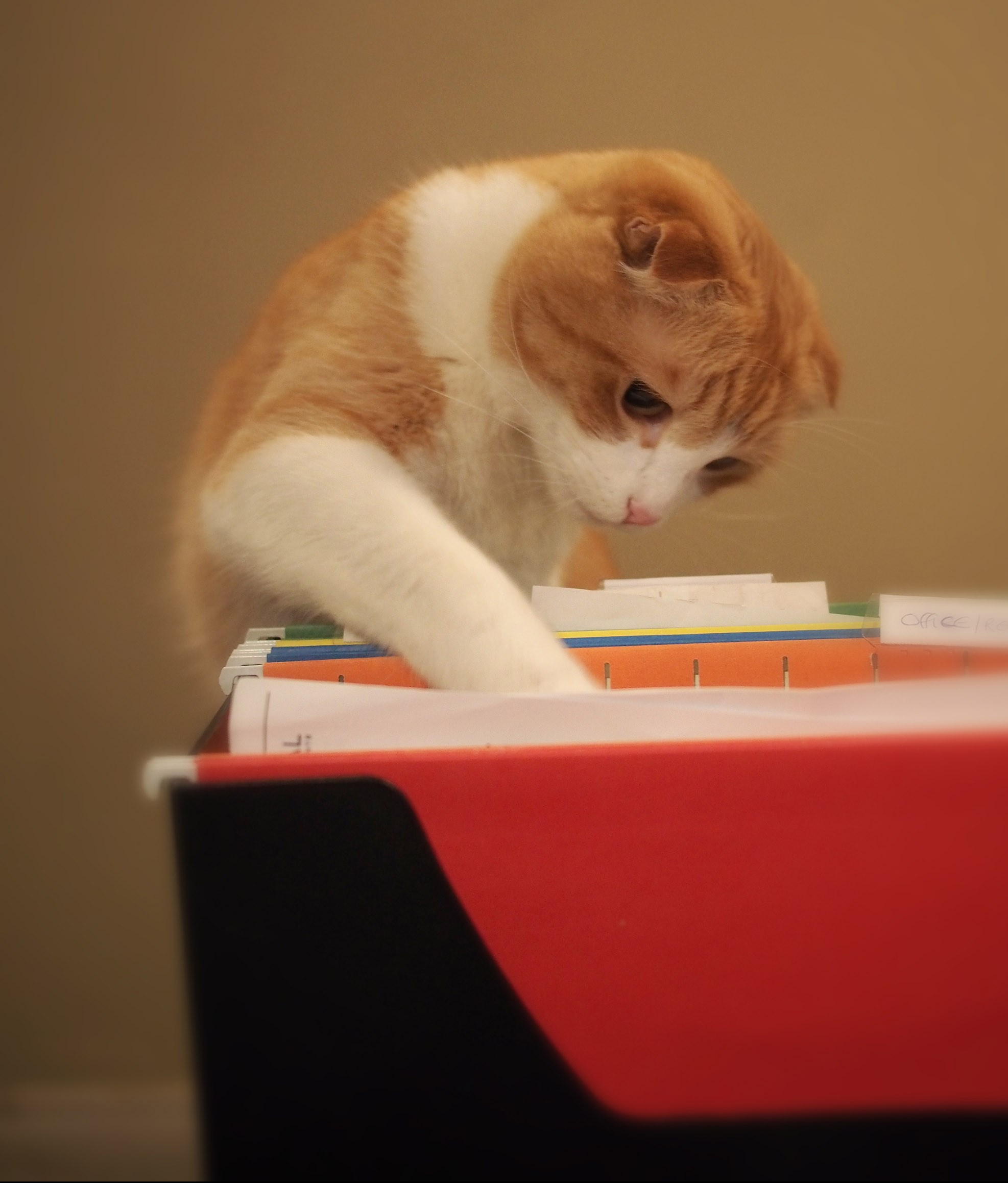 He is, after all, an invaluable office assistant. 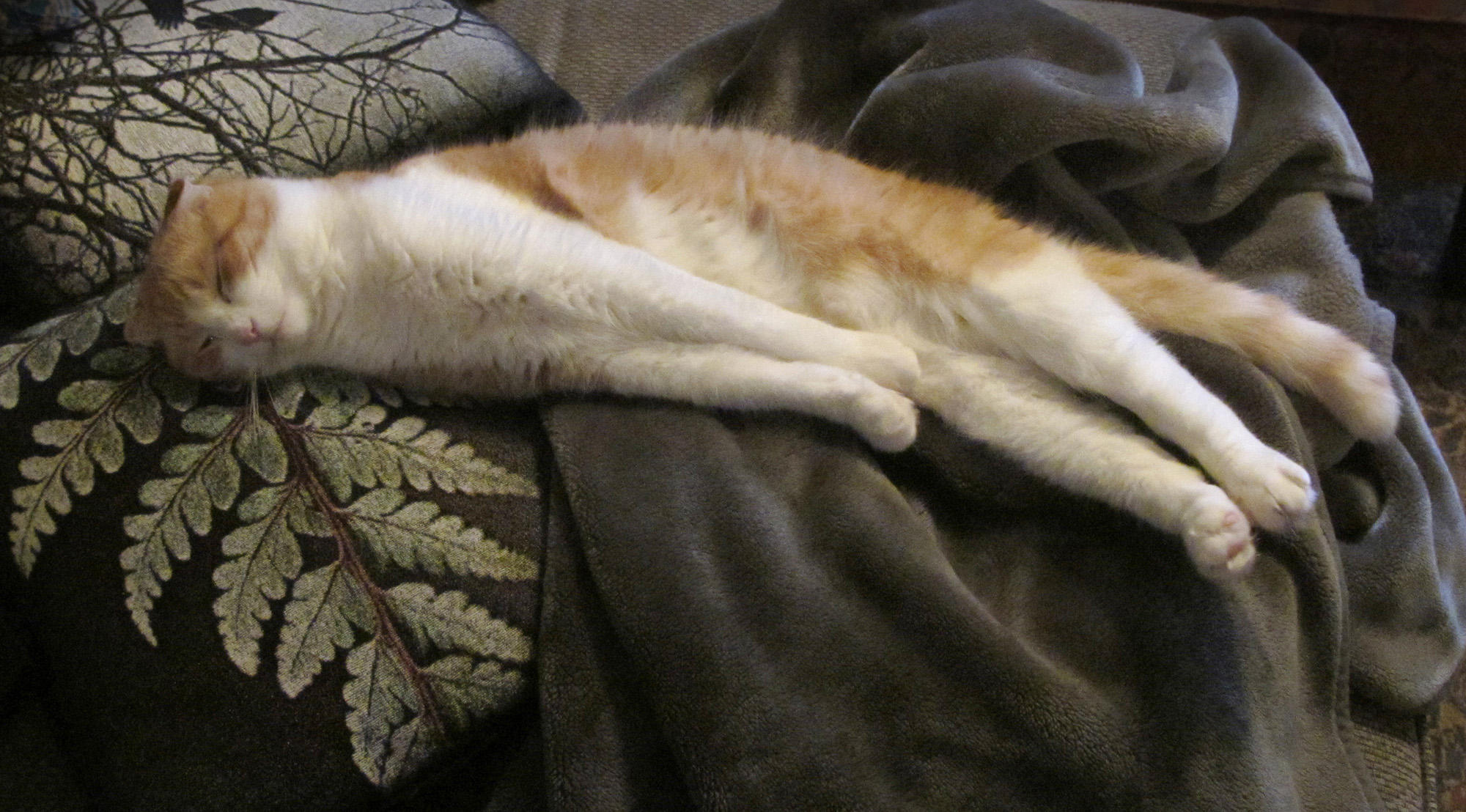 … and the best possible role model for a relaxed approach to life.

When Edgar moved in with us, I was a bit worried about how he and the dogs would get along. Back then we had two of them — brother and sister yellow labs, Taz and Molly. 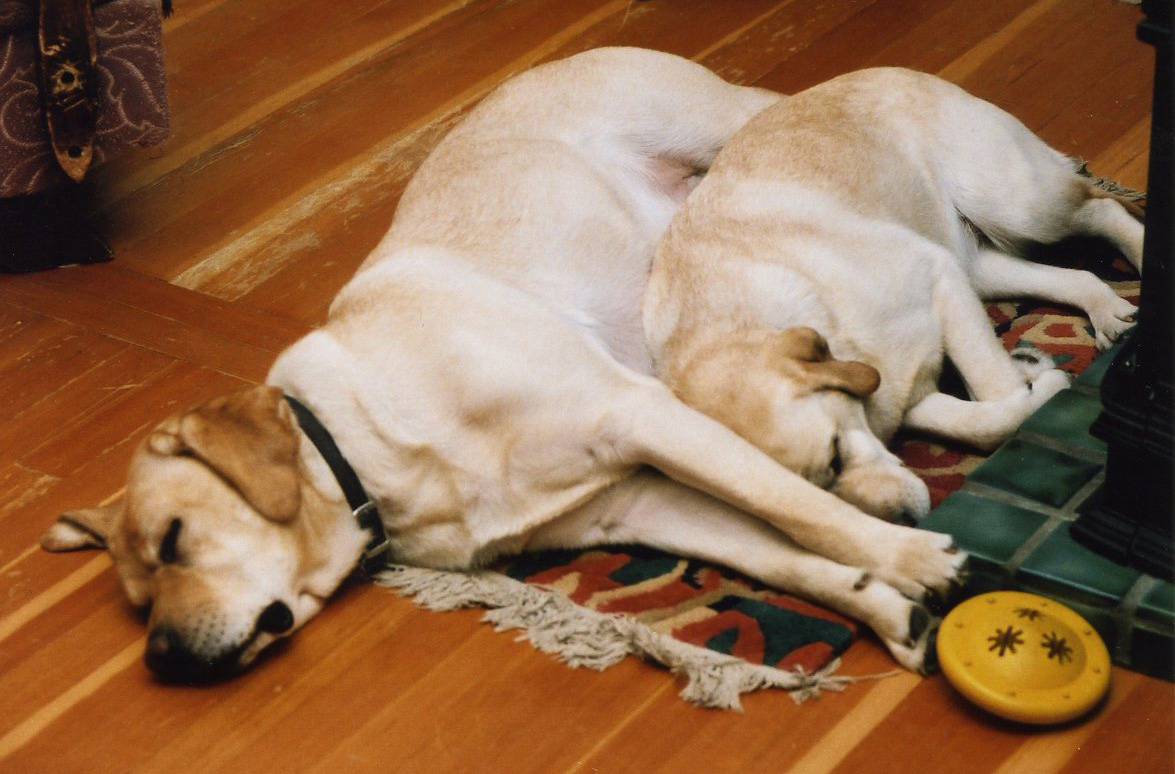 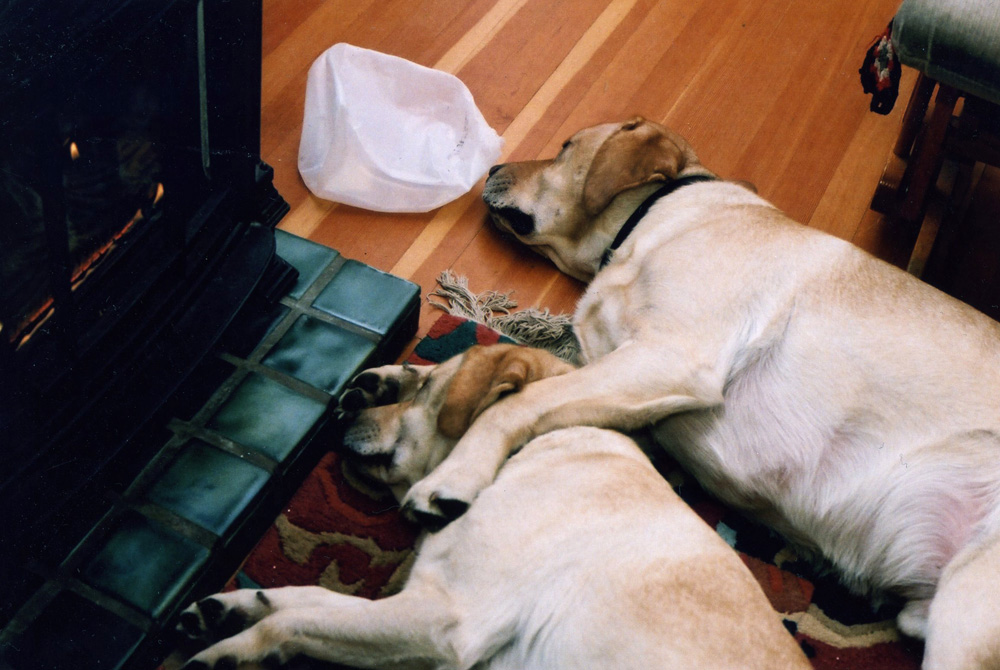 Luckily all three of them shared an interest in repose, so things worked out very well. Edgar is a very easy going cat and takes most new things in his stride.

He’s always been an indoor cat and seems very happy to be that way, enjoying his social life via the pals of various species he finds himself housed with.

Taz and Edgar were good buddies (sharing similar ultra-chill temperaments) and often chose to hang out together. 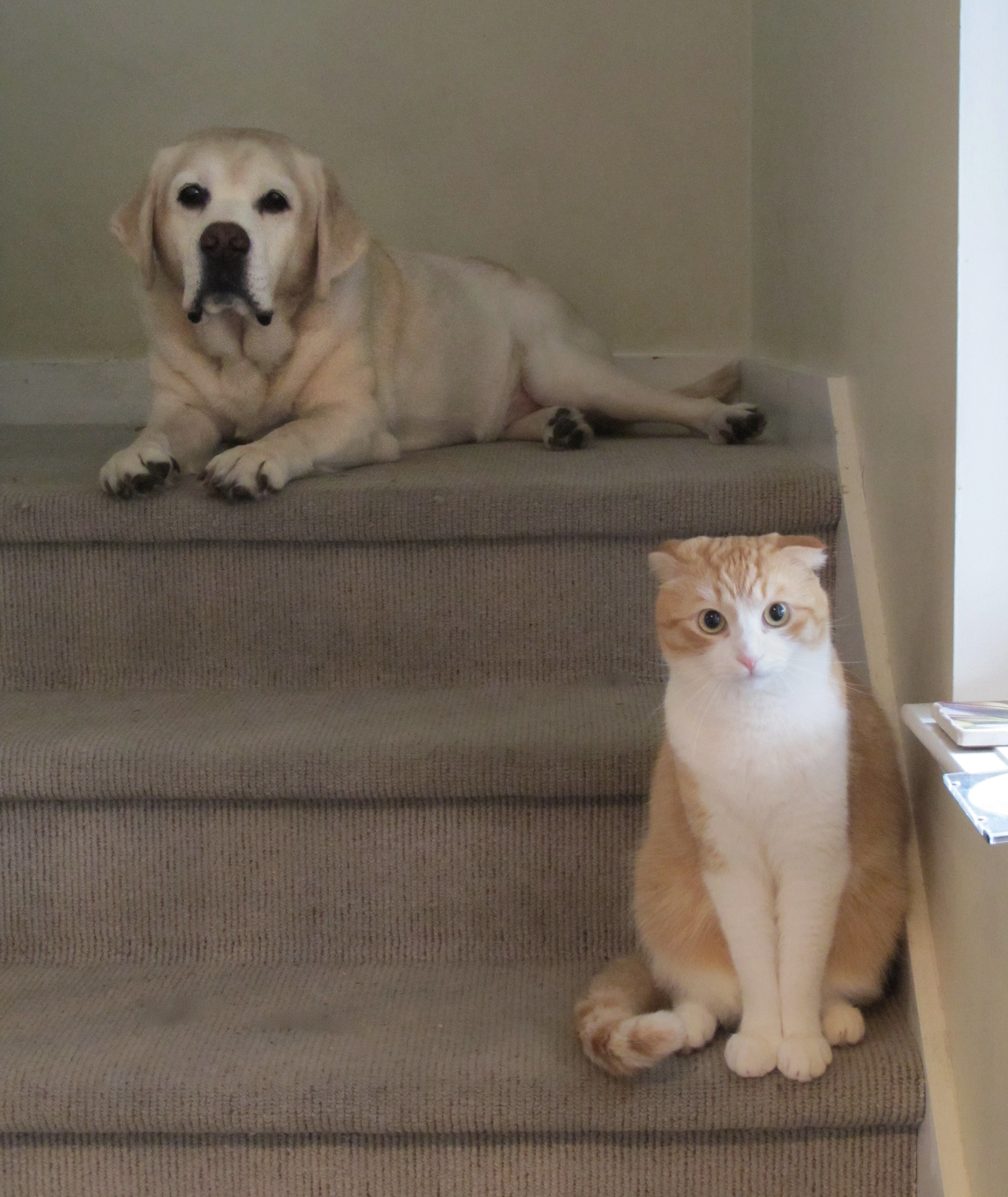 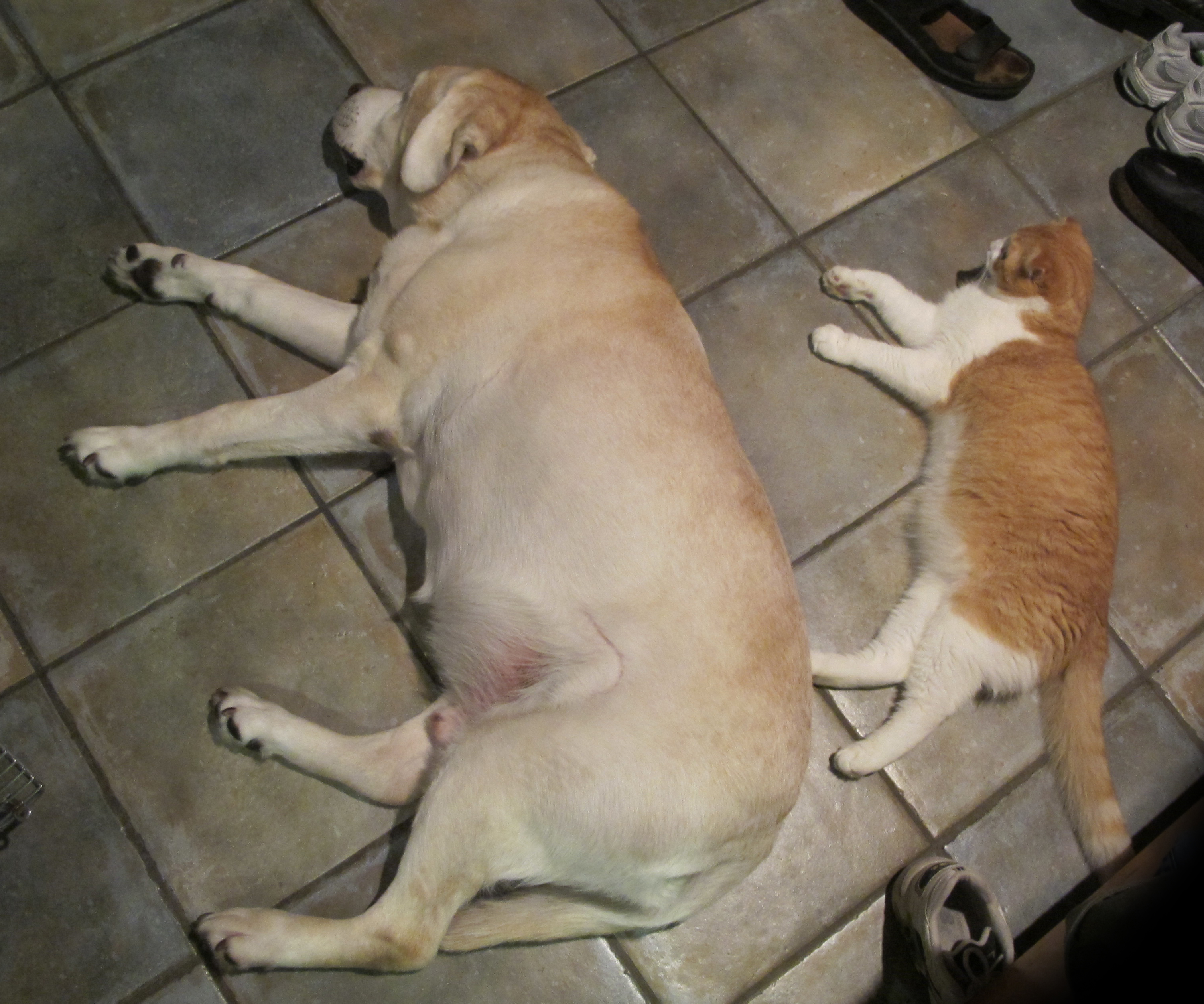 Unfortunately Taz died at 12, just a year or so after Edgar arrived, leaving Molly (with her slightly more uptight personality) and Edgar to maintain a cool but civil relationship for the next couple of years. As she got older, deafer and slower, the two of them became closer. 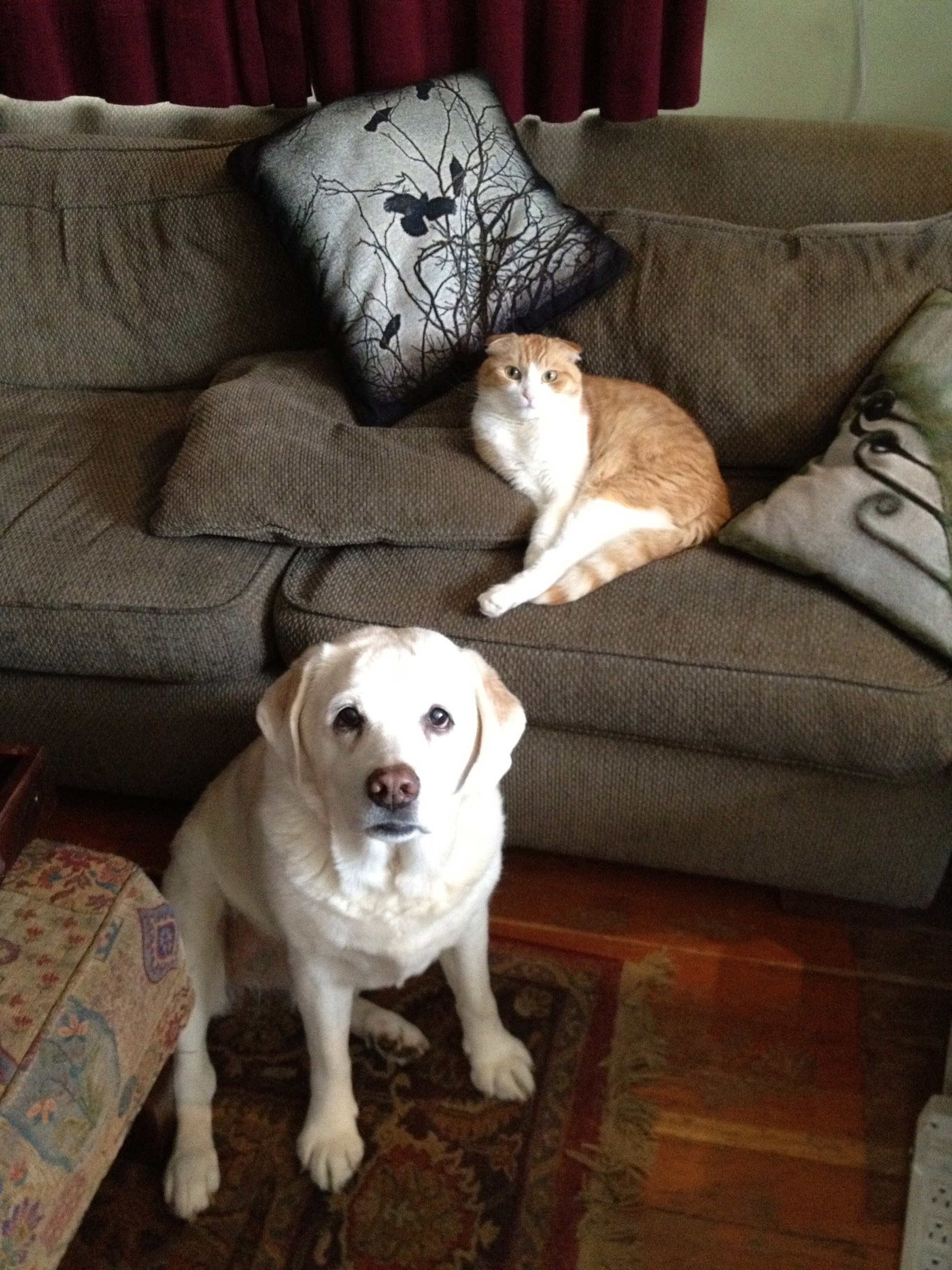 Once Molly died (at a venerable 15) there followed a long period in which Edgar was the only quadruped in the household. He seemed just fine with that too. 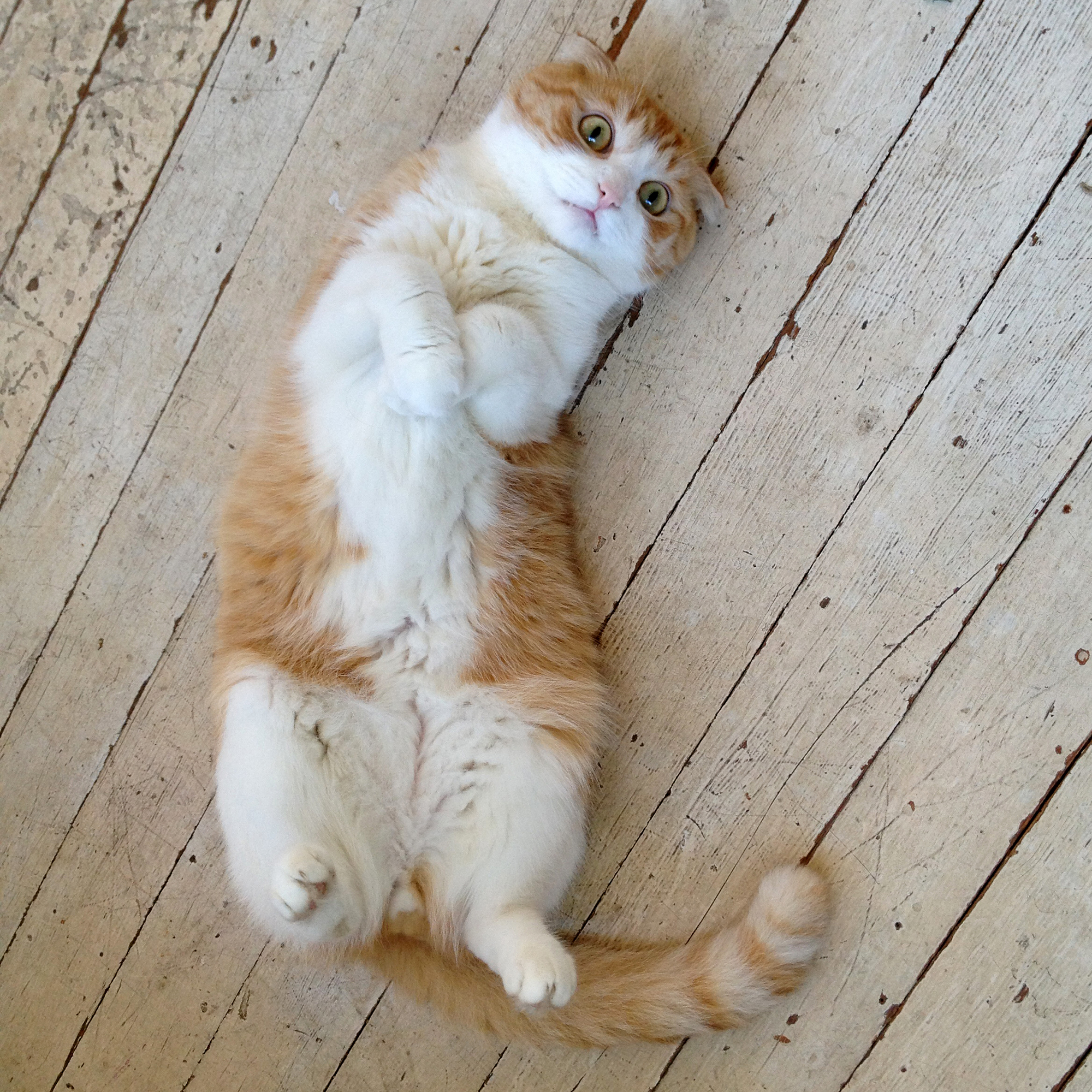 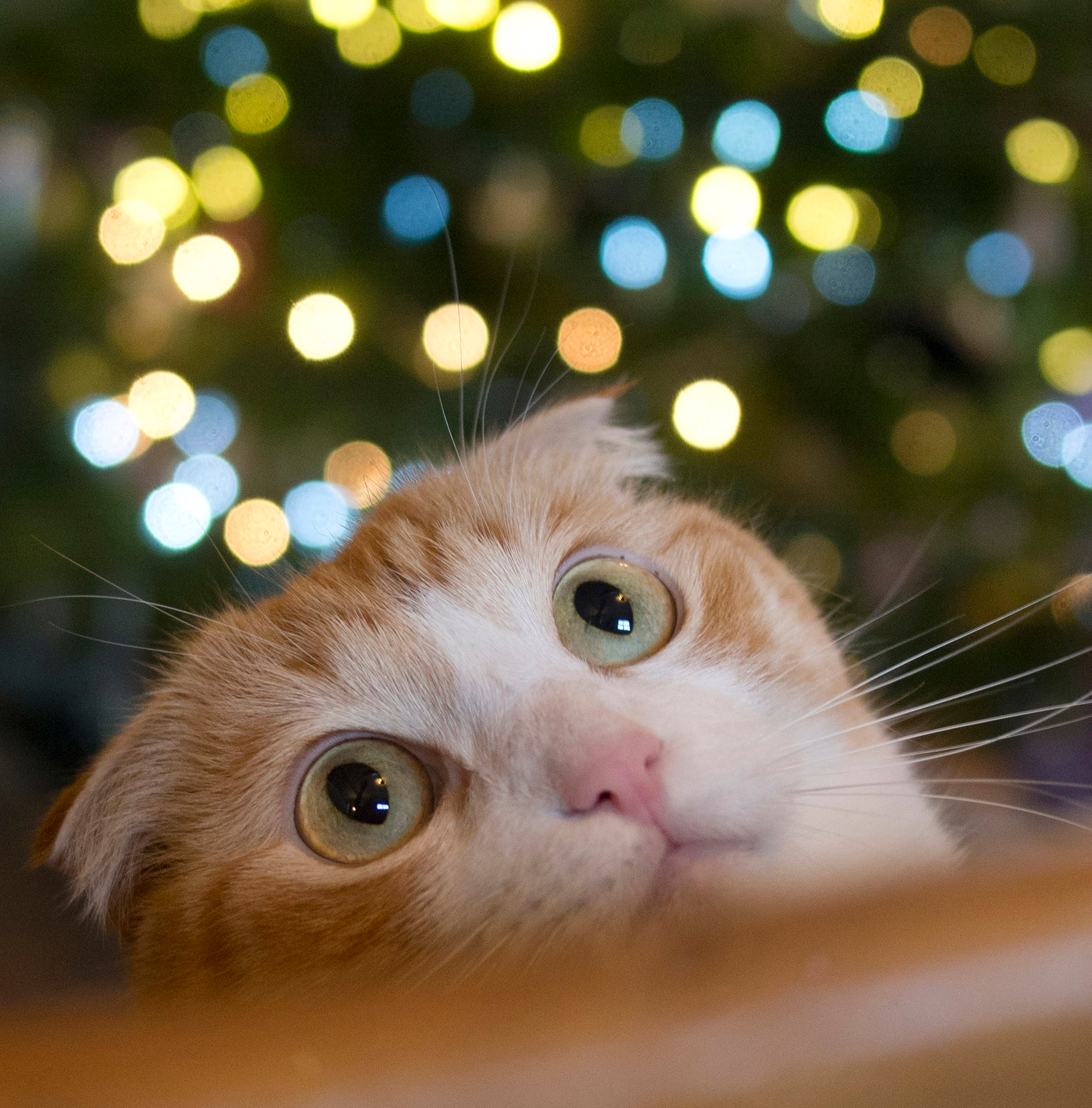 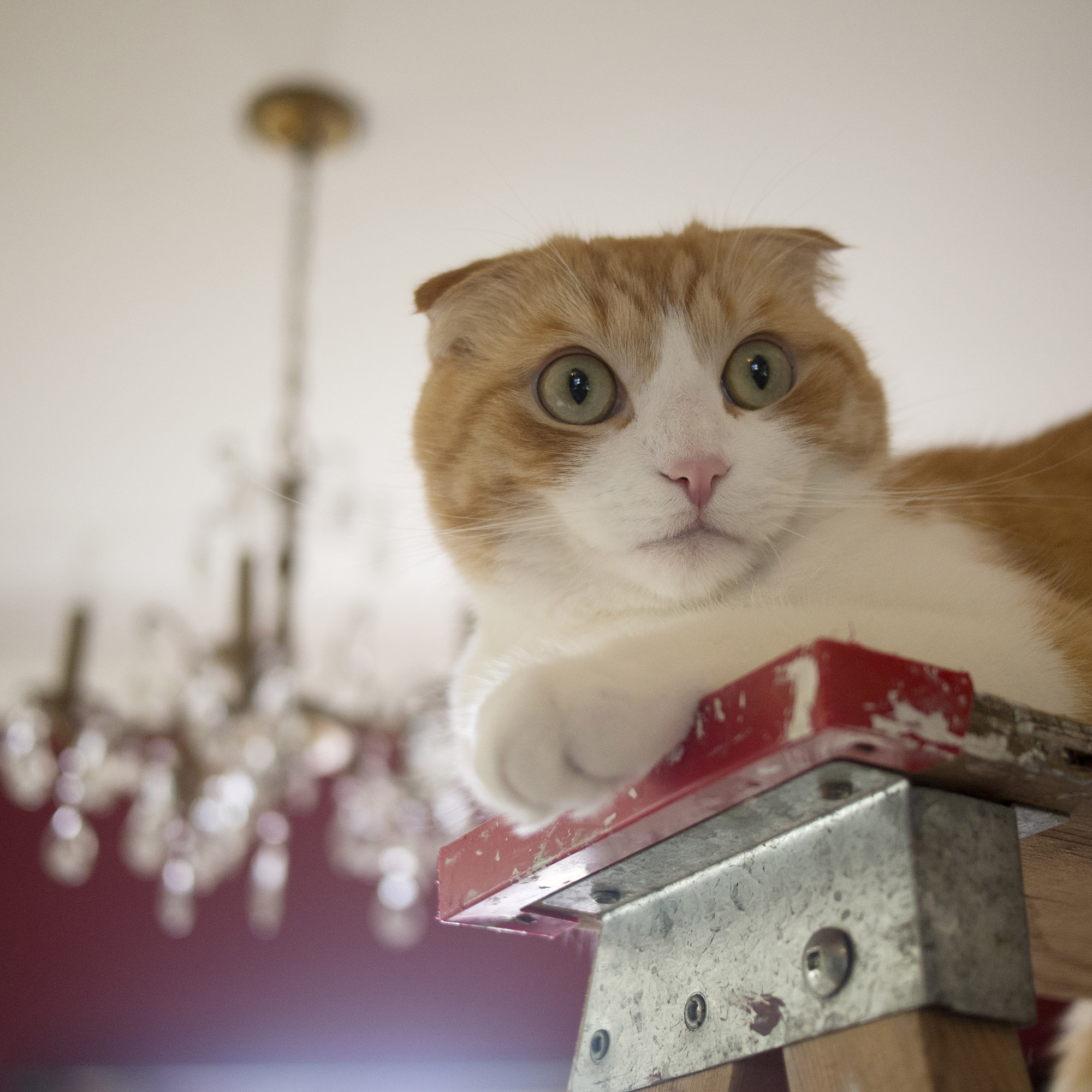 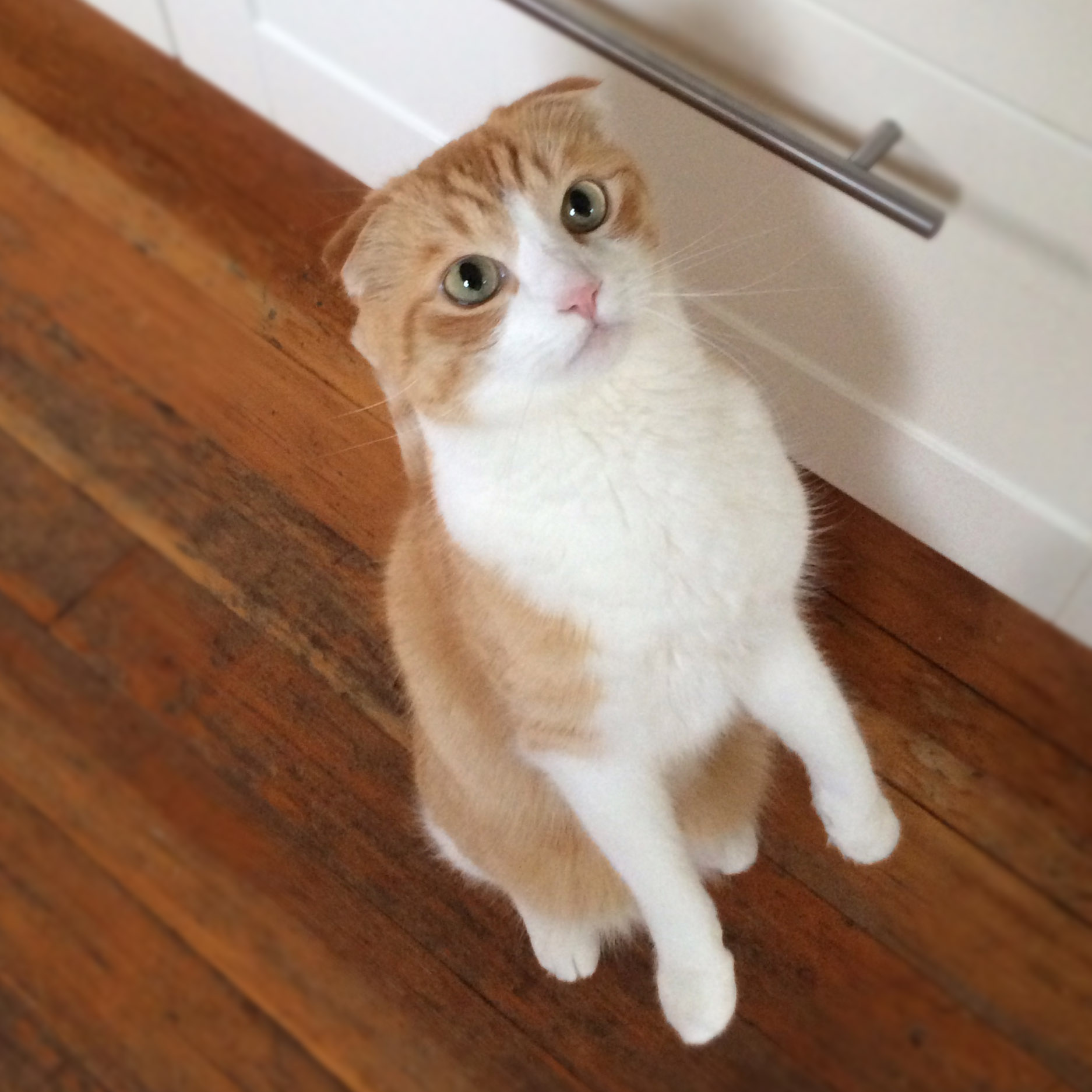 Standing up to receive a treat.

His days as an only-pet ended in 2016 when Geordie arrived in our lives.

More on When Geordie Met Edgar in the next post … 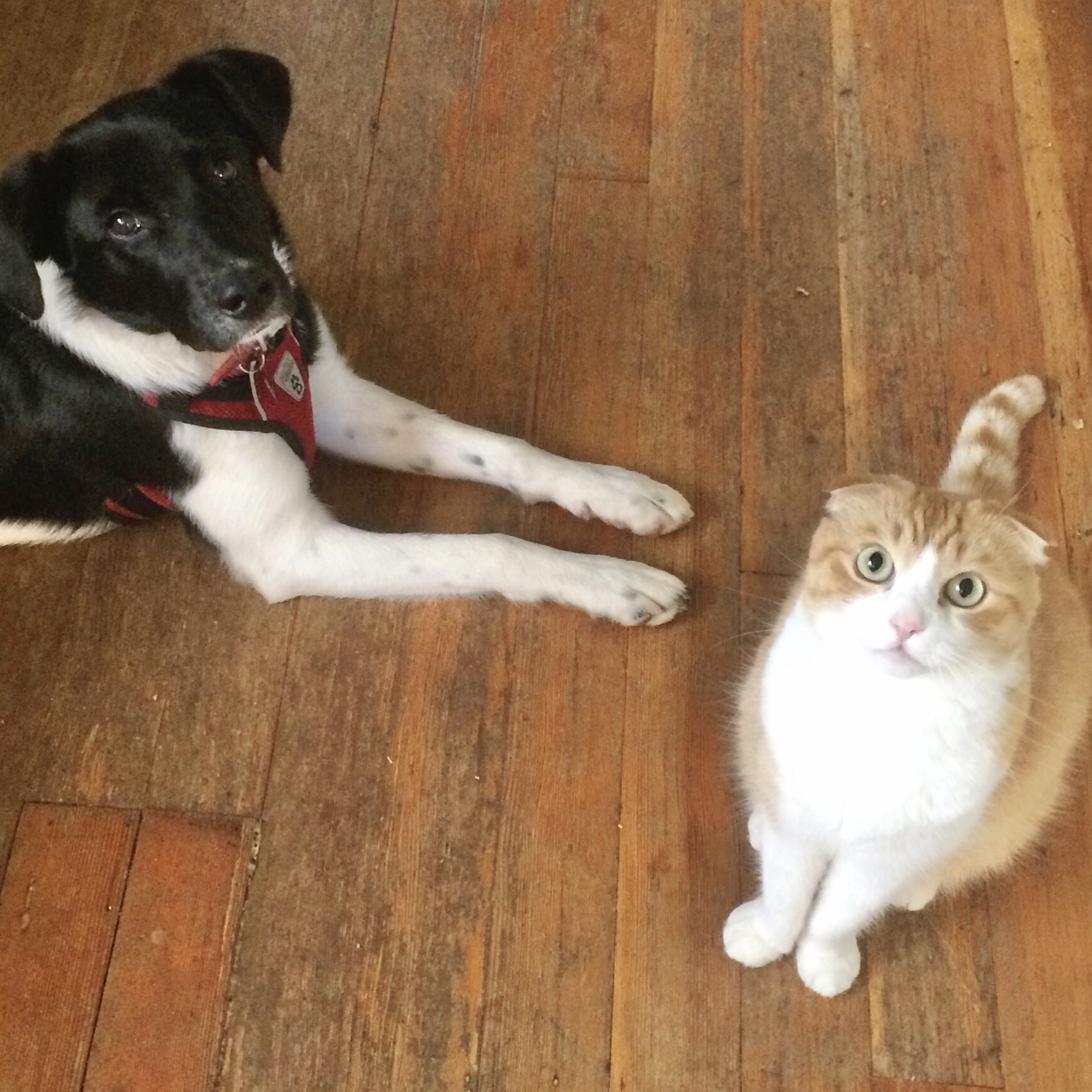 13 thoughts on “Edgar: A Short History”