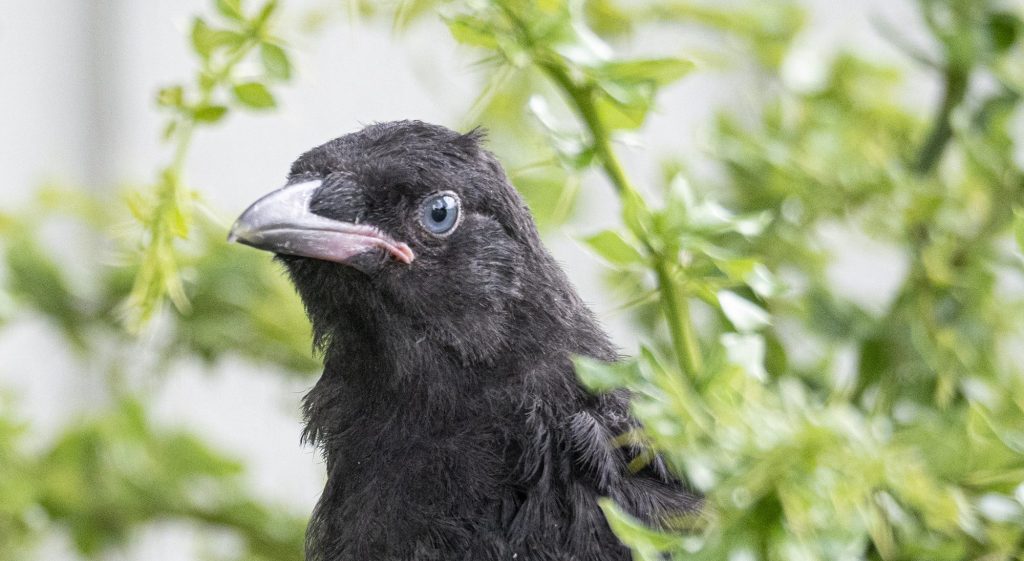 I shouldn’t really be writing a blog post, having promised myself that I will dedicate this month to (a) getting the City Crow Calendar 2022 ready to go the printer and (b) finishing my upcoming Crow Therapy online presentation.

But it’s crow fledgling season out there and therefore hard to stay on task. As justification for the distraction, one small drama currently playing out meshes rather well with aspects of my Crow Therapy talk.

It concerns periscopes and perspectives

As we go about our day, periscope firmly pointed in the direction of human life goals — not being late for a meeting, what to make for dinner, what’s going to happen next in our favourite TV show — it can come as a bit of a shock to be attacked out of nowhere by a crow.

As always at this time of year there are lots of news stories and tweets about “harrowing” experiences with “crazed” crows. I guess it can seem like that if it comes out of the blue.

But crow nesting season is a perfect time to swivel the periscope in your personal submarine and take in a different view.

There have been some screams from the end of our street lately. The elementary school there is currently being used as a training centre for School Board staff so there’s a lot of coming and going. At least one unsuspecting person has been pursued by furious crows.

Mabel and her mate to be specific. 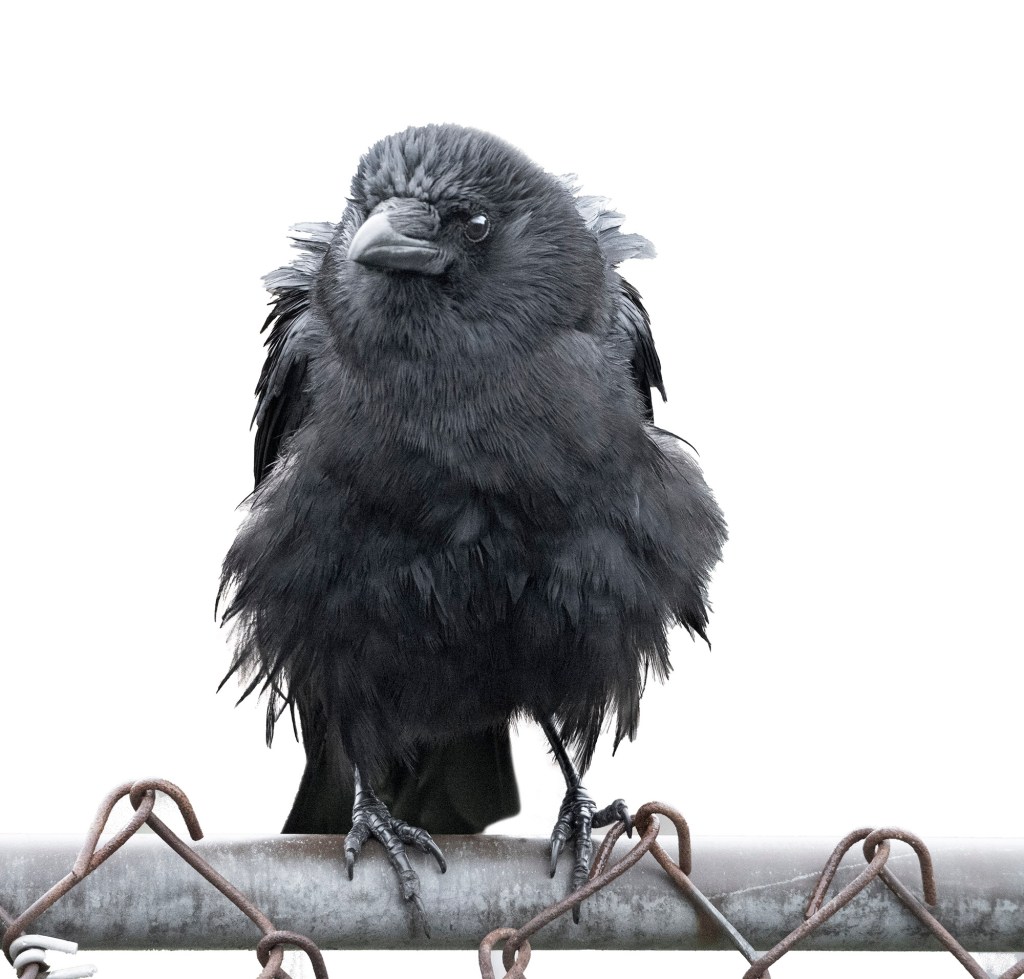 From the point of view of the dive-bombee, the crows have inexplicably gone bonkers and need to be restrained in some way.

But (swivel periscope … c-r-e-a-k) let’s look at the situation from Mabel’s point of view.

Mabel and mate have been tending a nest just across the street from the school since April. Early this week their fledgling (probably against parental advice) exited the safety of the nest and took refuge in a small bush right on the corner of school.  Junior can’t yet fly enough to get into a tree, or onto of the school roof, leaving them heartbreakingly vulnerable in a terribly high traffic area.

At one point, I’m told by a neighbour, a landscaping crew heedlessly started weed whacking in the area!!!

From the point of view of Mabel and her mate, people are definitely bonkers and need to be restrained in whatever way possible. 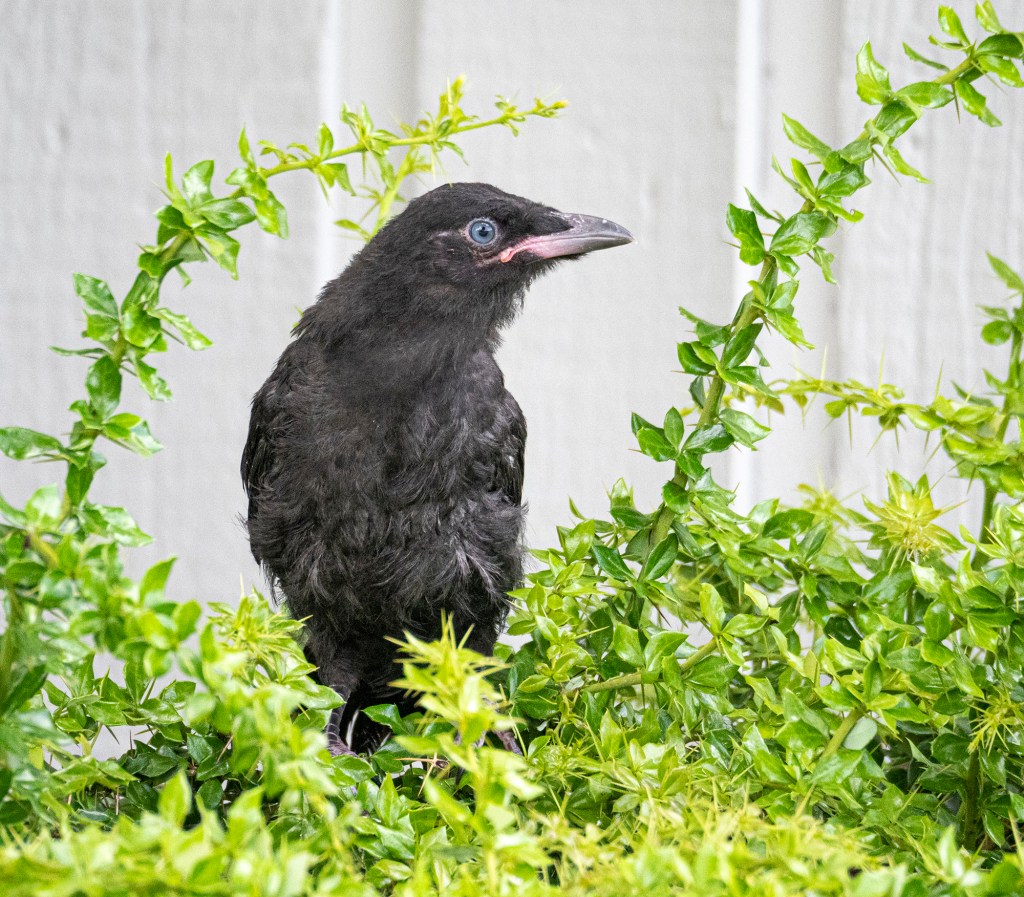 The innocent people walking into work don’t have any idea where all this avian wrath is coming from. Minds inevitably turn to Hitchcockian scenes of malevolent bird invasions.

Mabel and her mate just know that people are deeply unpredictable and often dangerous.

They might step on their baby without even noticing, or back their car over it, they might let their dog or cat attack it, they might inexplicably assault the bushes in which the baby is hiding with a foliage chopping hell machine. You can’t make this stuff up! 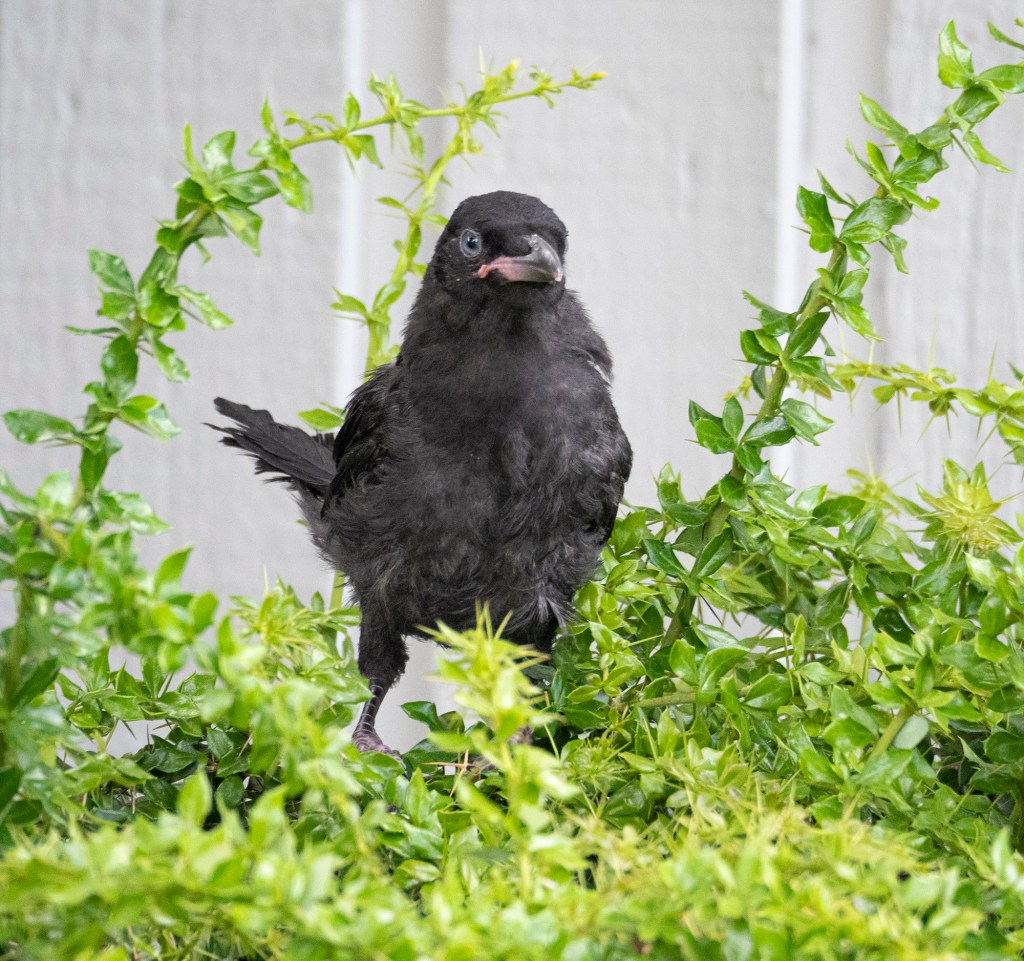 So, if warning caws are ignored, humans must be kept away from the fledgling using the only way open to crow parents — the time honoured dive bomb technique.

I’ve attempted to bridge the understanding gap by explaining to a human person from the school what is going on, so hopefully periscopes will be redirected on the human side.

At least until Junior here figures out the flying thing. 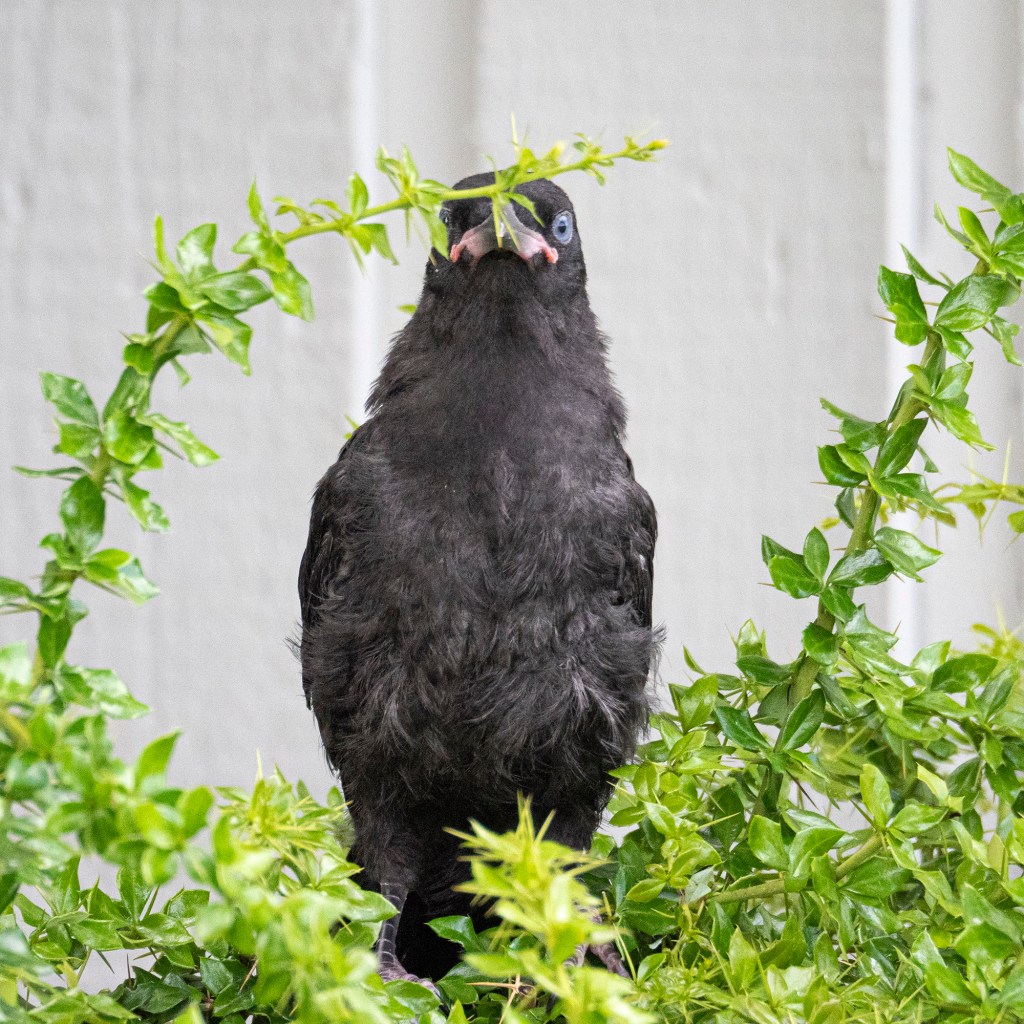 I’ve also had a word with Mabel, but I’m not sure she’s about to change her mind. 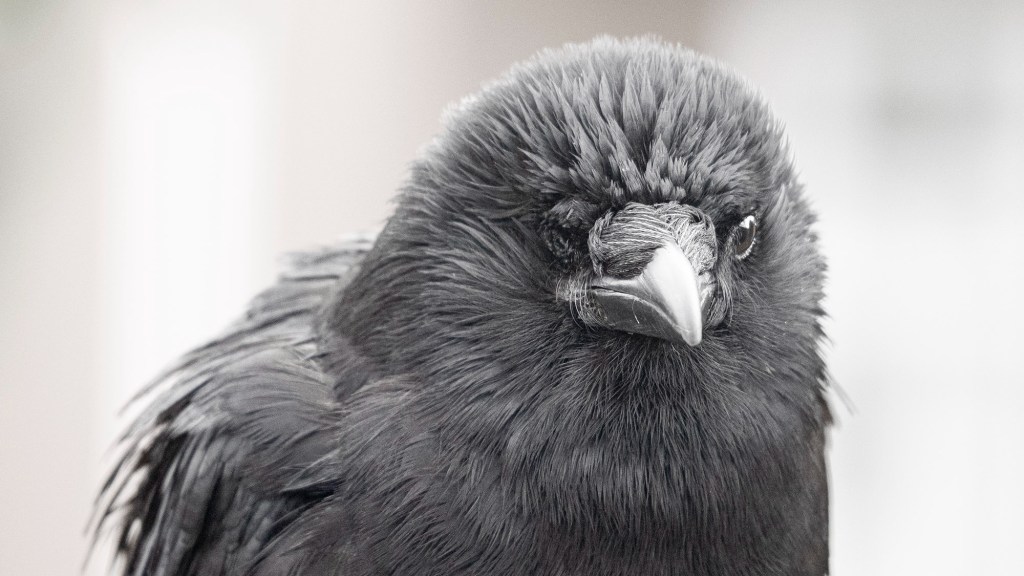