Let me be clear. Actual owl wrestling is definitely not something I’d recommend.

However, it does feel as if I’ve been metaphorically getting to grips with owls for the last few weeks.

One particular owl, in fact.

Since the wonderful day a few weeks ago when a barred owl appeared in front of my house, I’ve been working on distilling the magic of that day into a small set of images.

It was such a special day, I really wanted to make sure that I did that beautiful owl justice. To that end, I’ve been faffing about with this series for weeks.

First of all there was the issue of making a short list of the photographs to start working from. That gorgeous owl posed so obligingly for me, for so many hours — it made choosing the final four images quite challenging.

Then I had to decide which other images to layer the owl portraits with. Below are most of the final images that, in the end, became merged with the owl — but in the process of working on this series I tried dozens of other combinations of  tree, foliage, stamp, fabric and texture images. They all ended up on the virtual cutting room floor, leaving the set of images that are now on my web site. 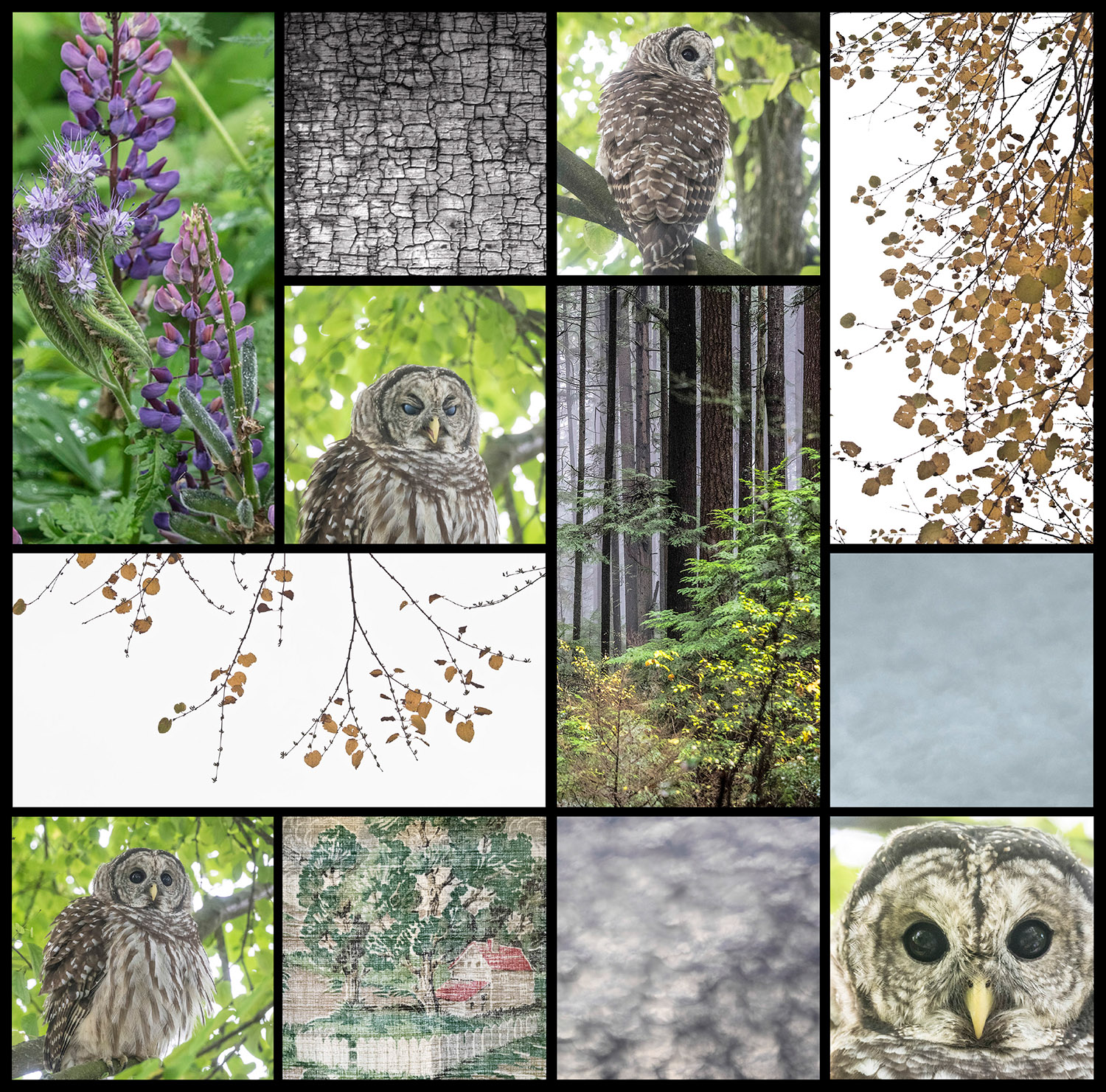 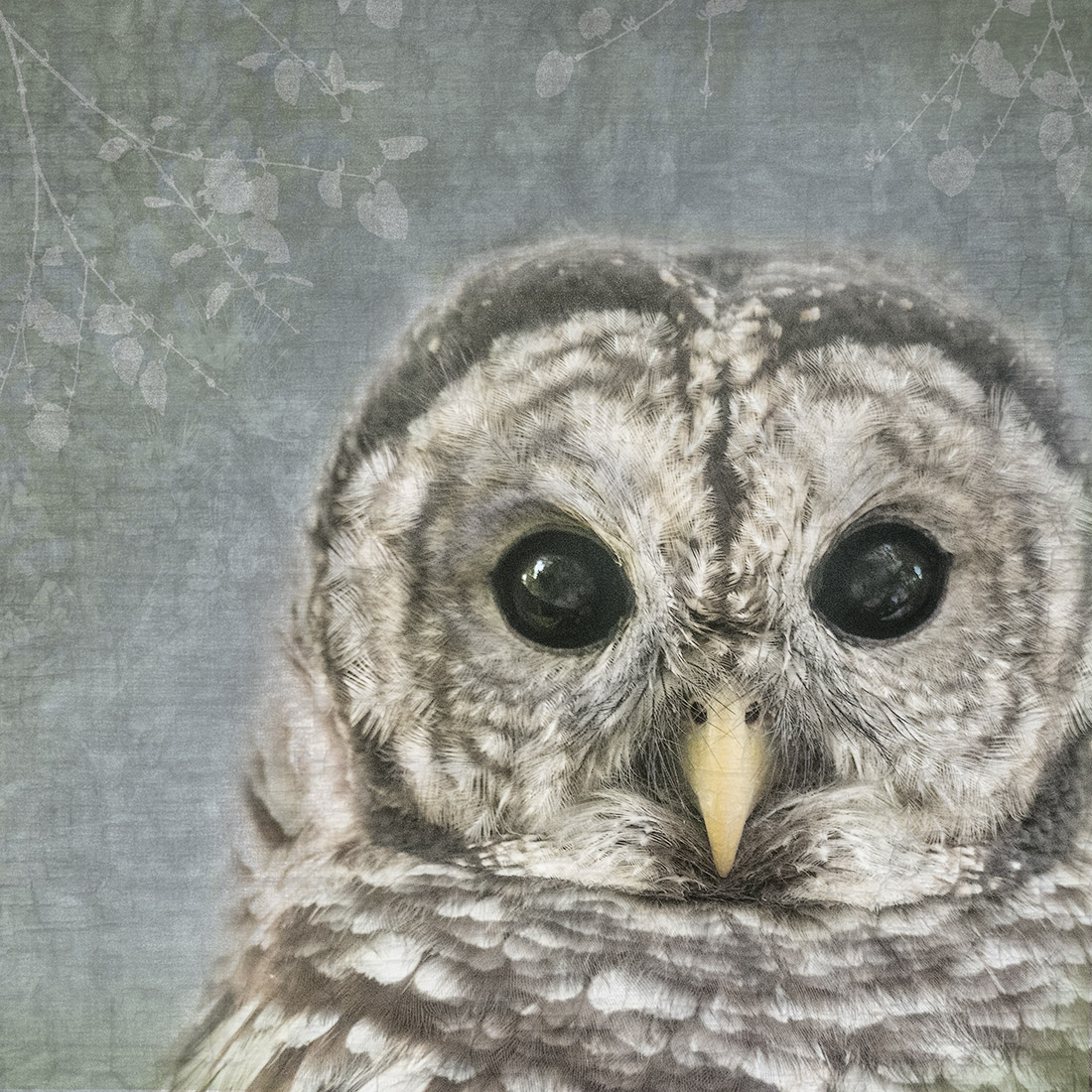 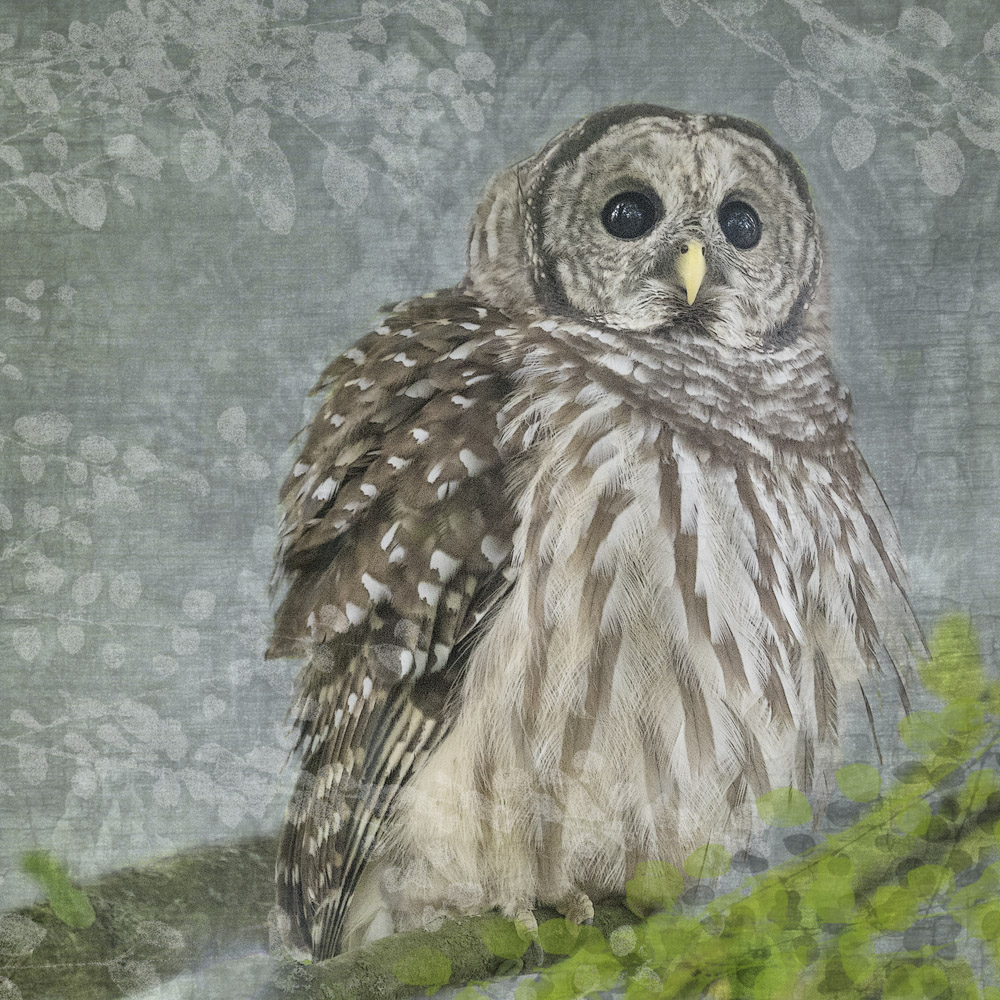 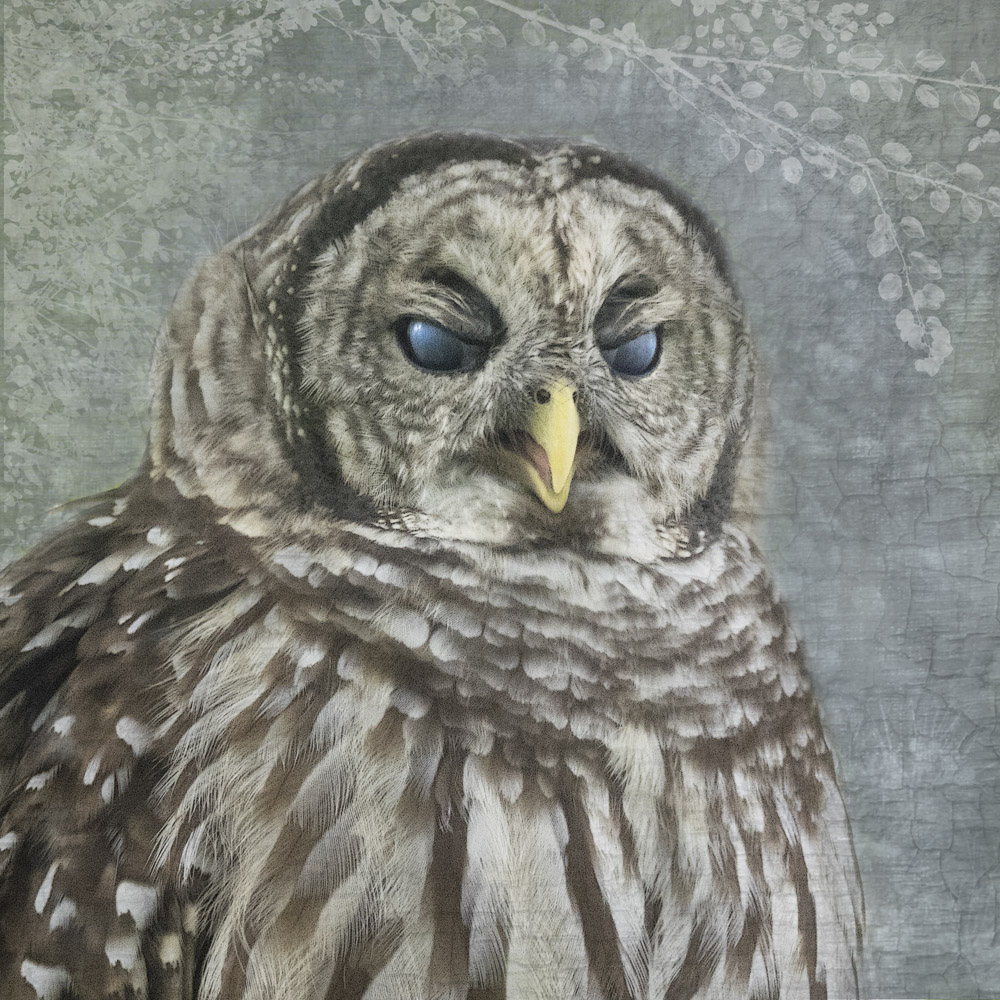 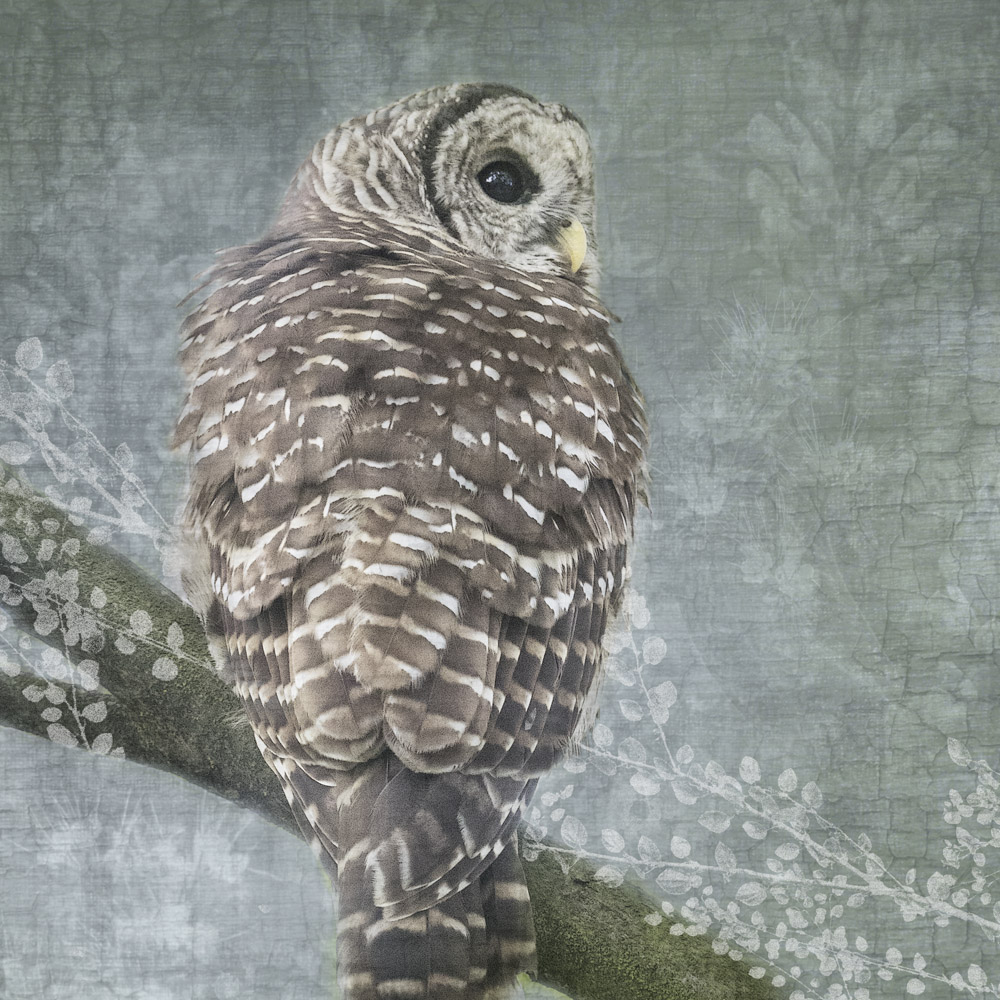 Some of the other images of birds of British Columbia on my web site. Buy four or more, and save 15%.