Well, I’m sure he has a different self-image entirely, but this is his CV from my perspective. 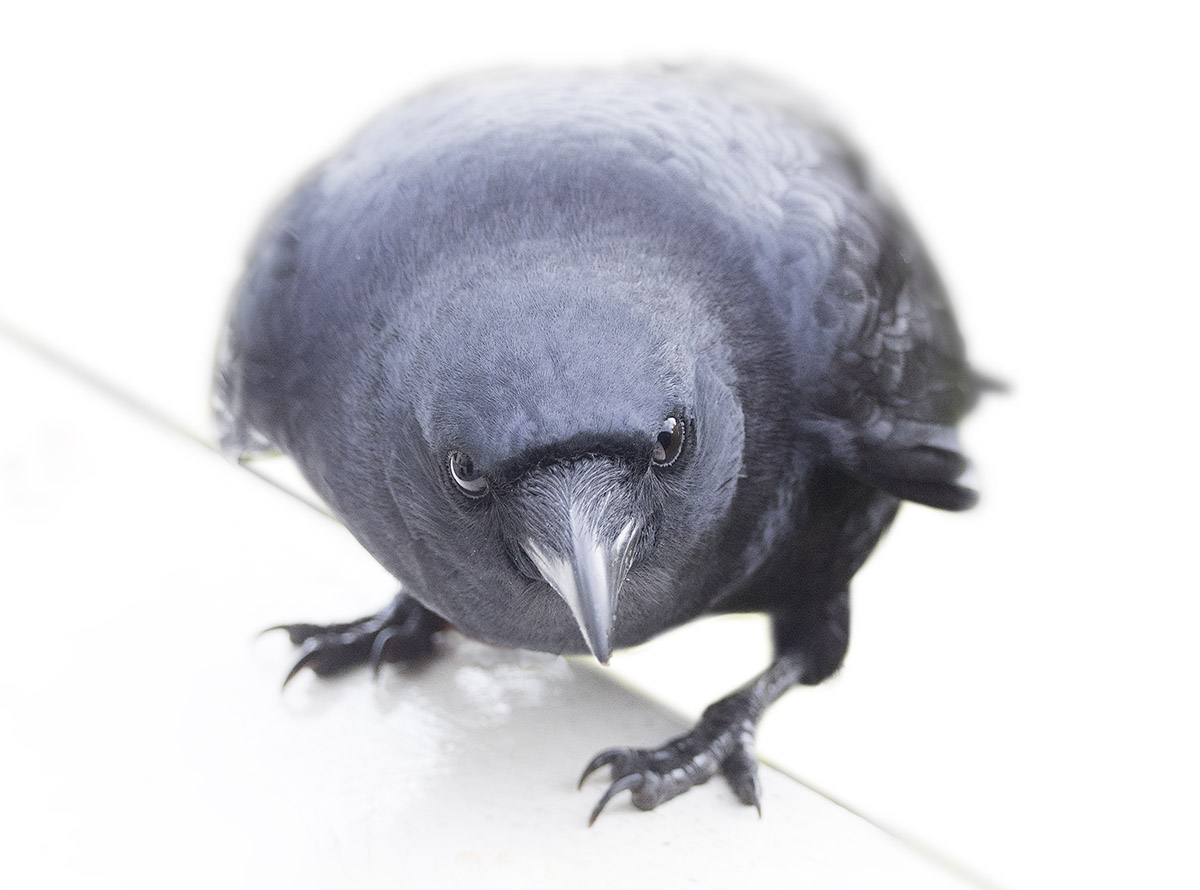 Eric, first of all, is a crow.

He is, relative to others of his species, quite unconcerned by my camera. In fact, since I use a long lens, I often have to back away from him to keep him in focus. We crow paparazzi are a minor inconvenience in his life.

My husband has described Eric as the James Bond of crows.

He lands on any awkward surface with purpose, aplomb and minimal flapping. 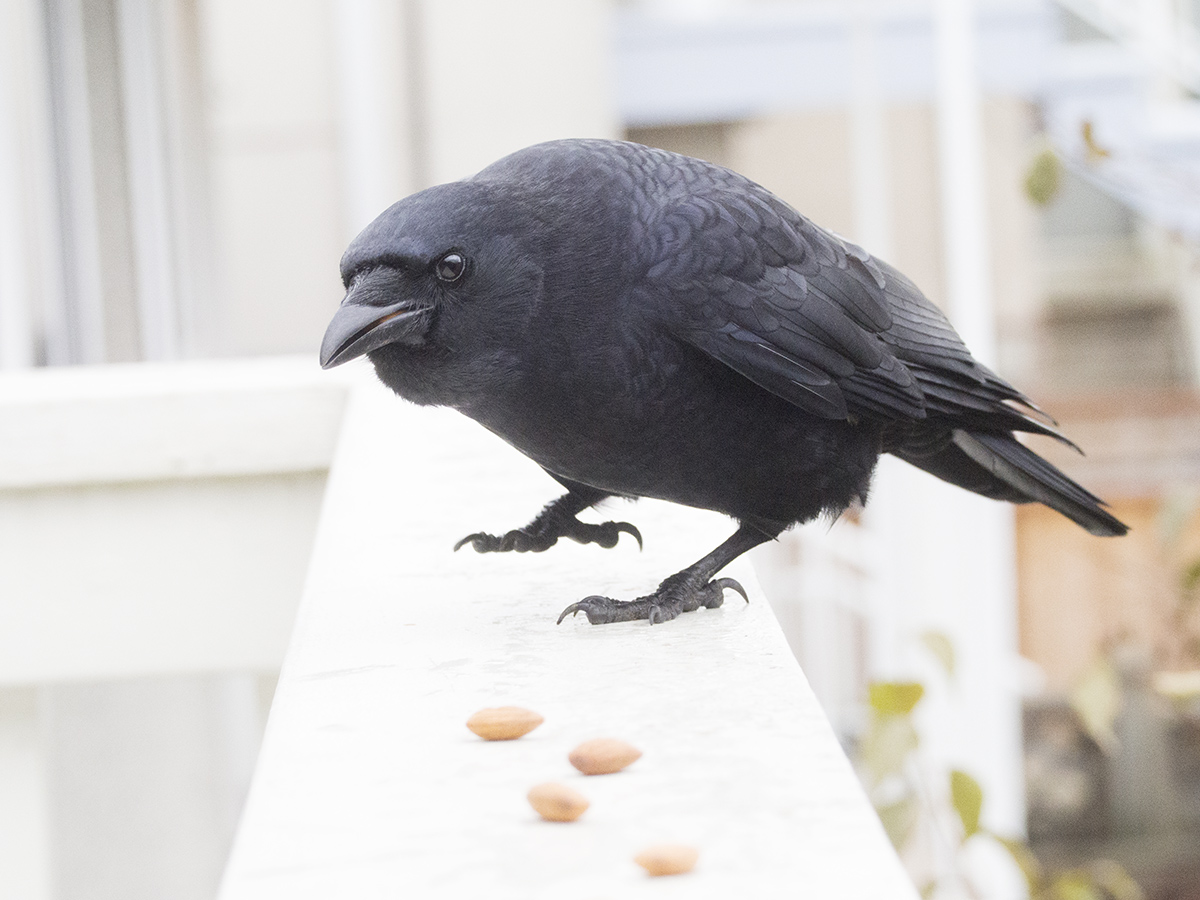 One down, four to go.

If there are 5 nuts he will make sure he methodically picks up each one with no spillage.

If there are only 4 nuts, Eric will wait and look at me meaningfully until I fill his quota (5). After all, the trip has to be worth his time. Plus he’s letting me take his picture. Further evidence that birds can count! 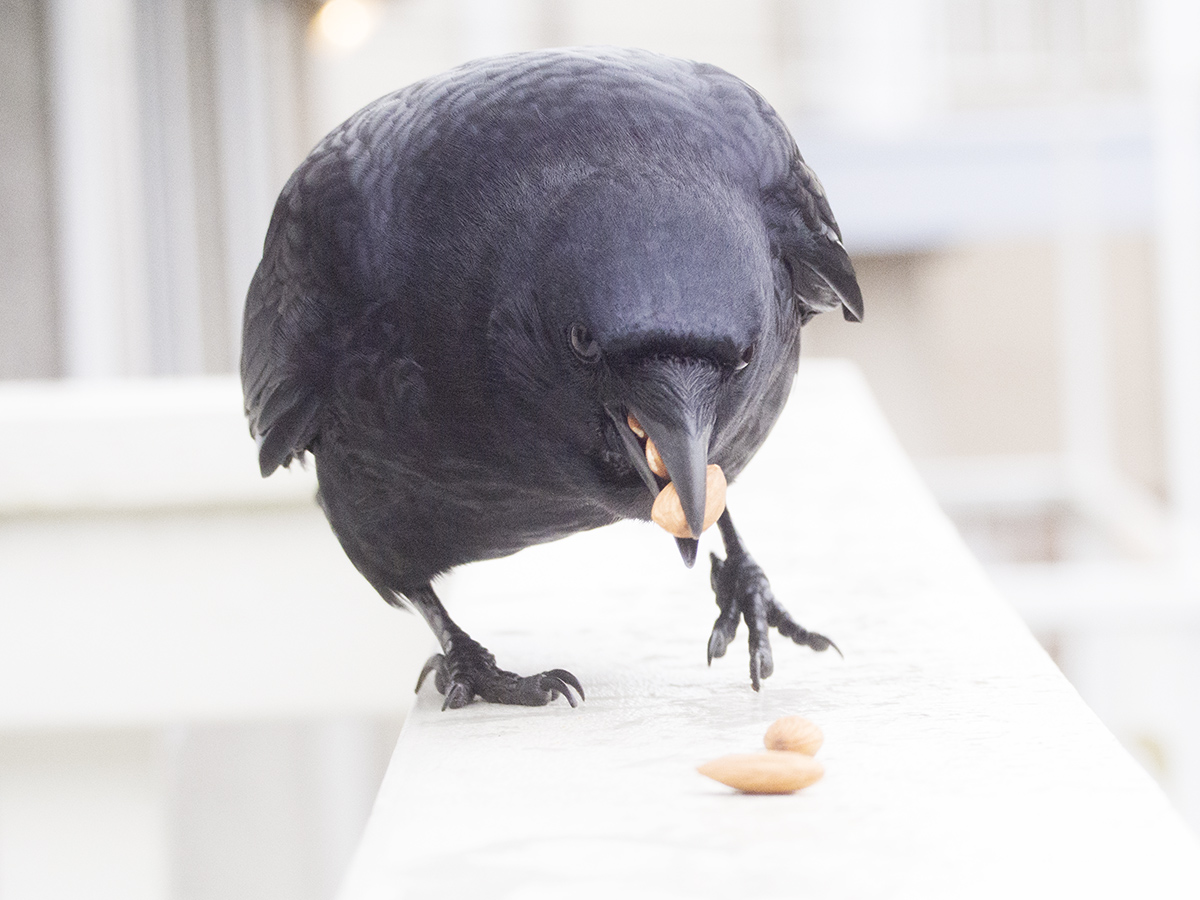 Three down, two to go

Eric does not like celery. I saved the scraps from the turkey this Thanksgiving and froze small bags of it to serve up as special treats. He loves his turkey leftovers with stuffing, but I always find any trace of celery meticulously picked out and left behind.

Eric LOVES cheese puffs. I believe, like humans, he is addicted to whatever terrible substance is in that yellow powder. These are a very occasional treat. I don’t want to turn him into a junk food junkie.

Eric is a family crow. His mate usually watches his food gathering antics from the hydro wires. The two kids come with him to watch and learn. Occasionally Eric lets them get a morsel or two.

He’s a real stickler for appearances, spending a lot of time grooming his (sometimes impatient) offspring. I can almost hear him muttering, “How do you expect to get on in the world, with your feathers all uncombed like that?” 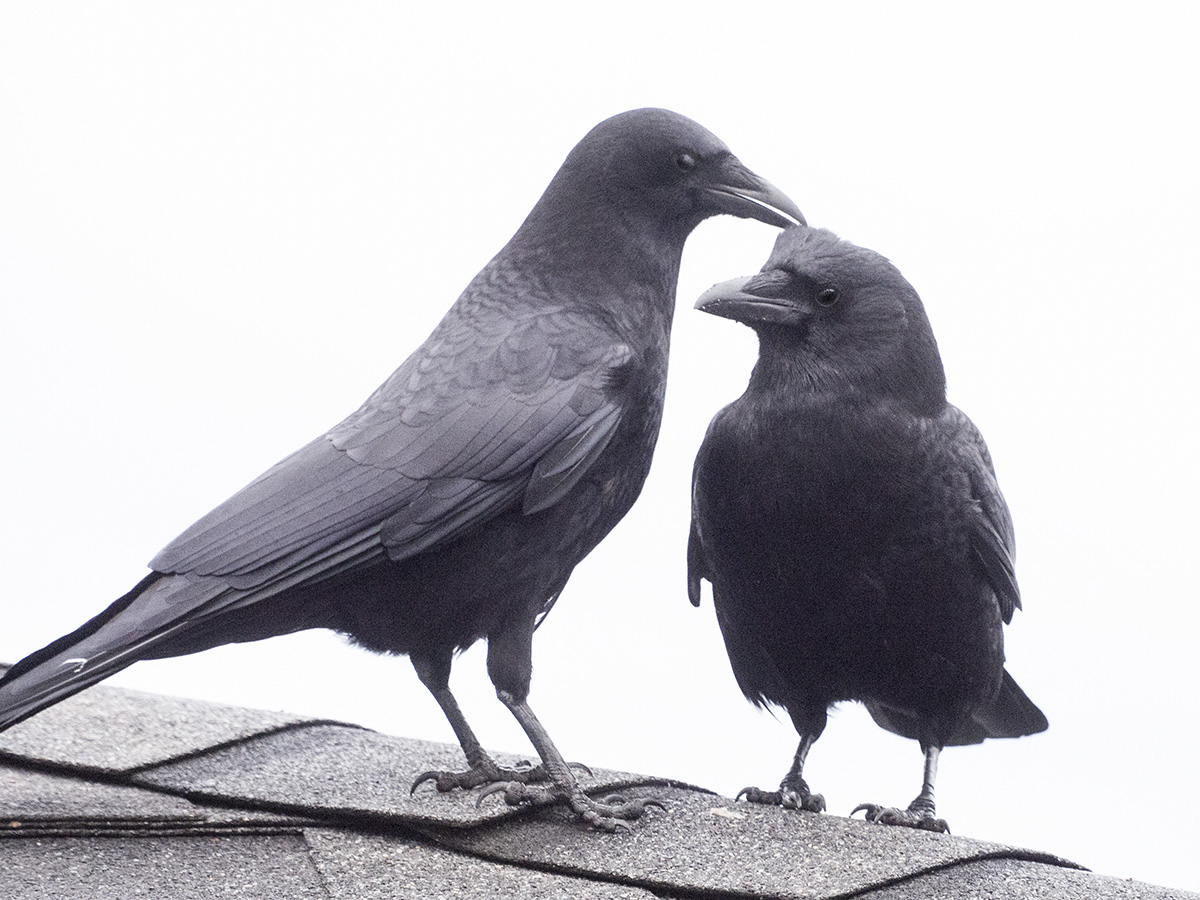 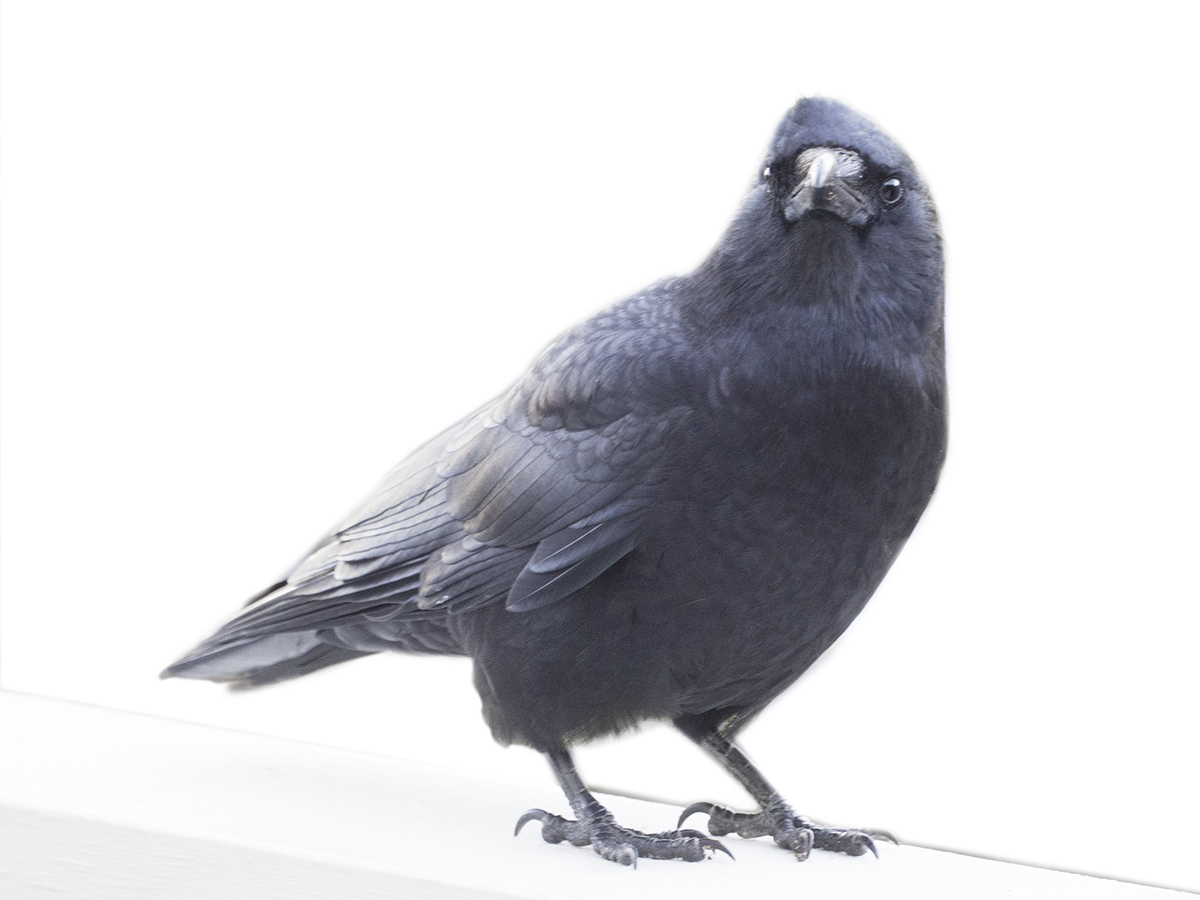 Eric Junior is not sure about the new hairdo.

The name just popped into my head one day.

It seems to combine Viking boldness with Monty Python humour.

This will be the first of what I hope will be many Eric Reports. Of course, you never know with wild creatures — today may be the last day I see him. So I’d better get out there with his five almonds! 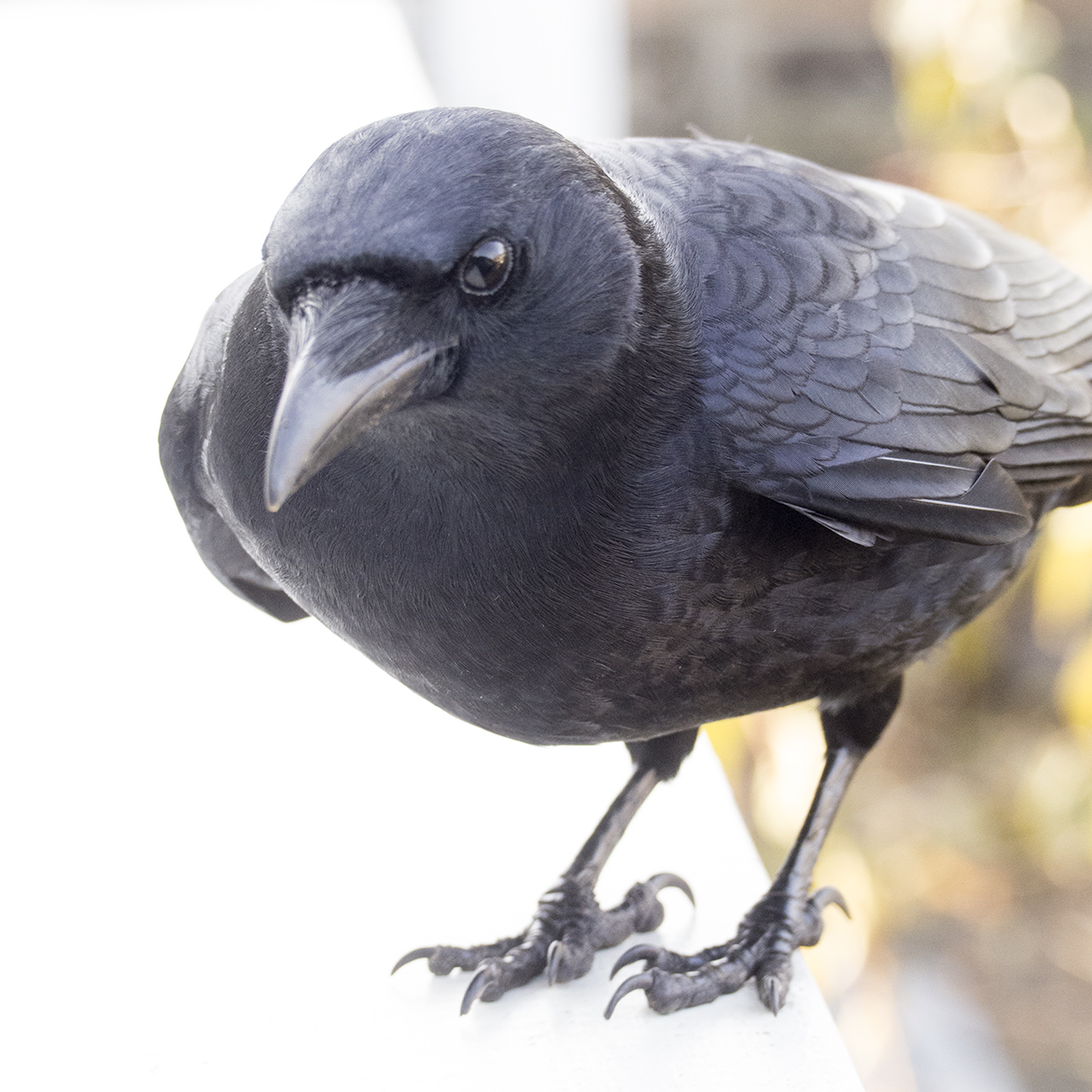