Occasionally the most ordinary of days is transformed out of all recognition.

It started with a dawn trip downtown for an early morning physiotherapy appointment (tennis elbow: even less fun that it sounds).

Post-appointment I popped into the Vancouver Art Gallery to drop off one of my bracelets, ordered by the gift shop. It was still so early that the gallery wasn’t open yet, but my friend was there so we went out for a quick coffee. Already the day was on the upswing!

After coffee, I decided to go back once again to the gallery with her to take a photo of my work on display in the shop. As we reached the entrance it was hard to miss the massive crow commotion going on in the tree just outside. My friend immediately guessed it was the barred owl that she’d seen several times over the years, usually in the evening. I guess this time the owl had pulled an all-nighter, because there she was, high in the tree, with about two dozen crows flapping around and cawing furiously. 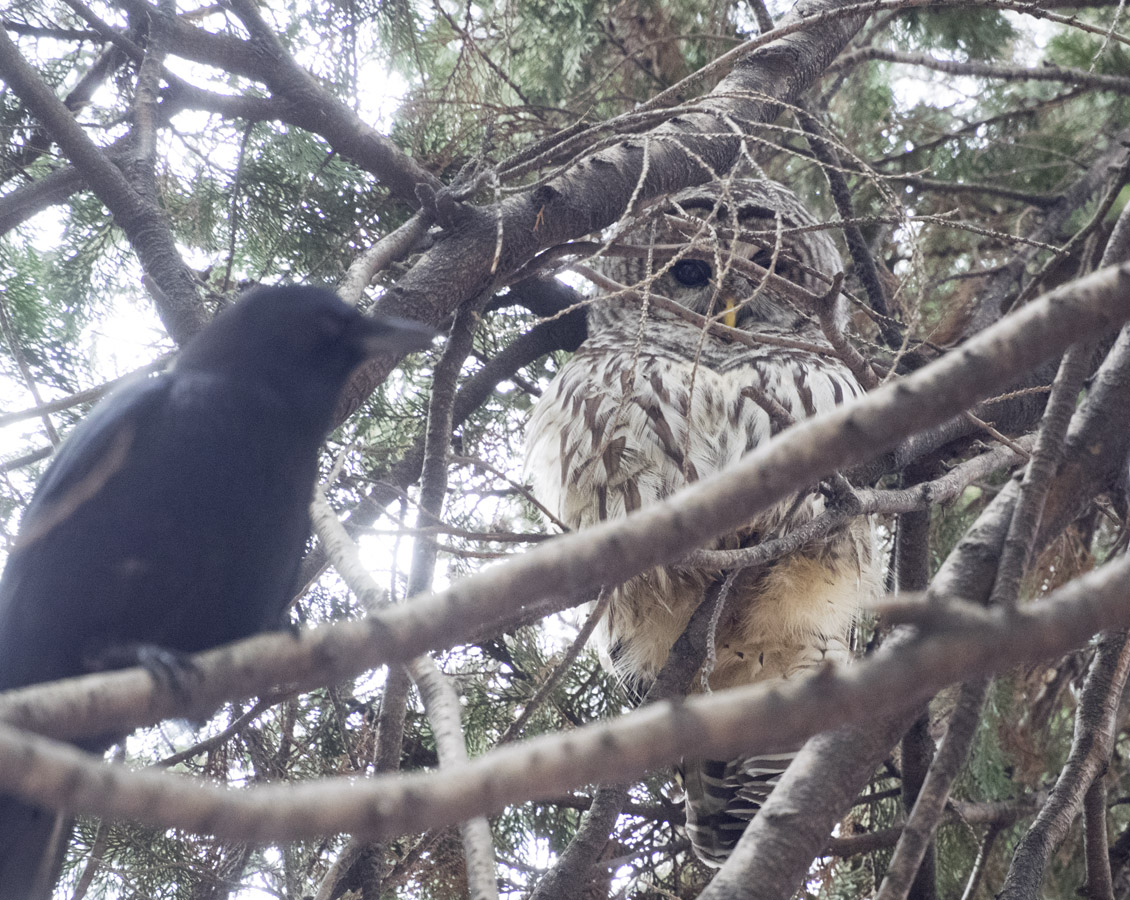 Quite a large owl with big, soulful eyes, she was a breath-taking sight and not at all something you expect to find in downtown Vancouver on a Friday morning. Miraculously having my camera with me, all other plans for the day were put on hold. 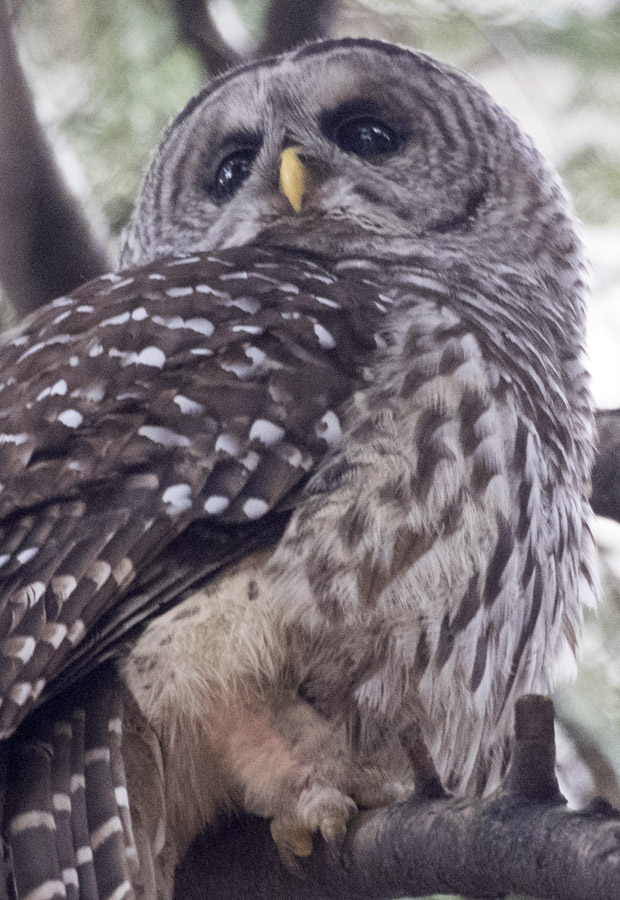 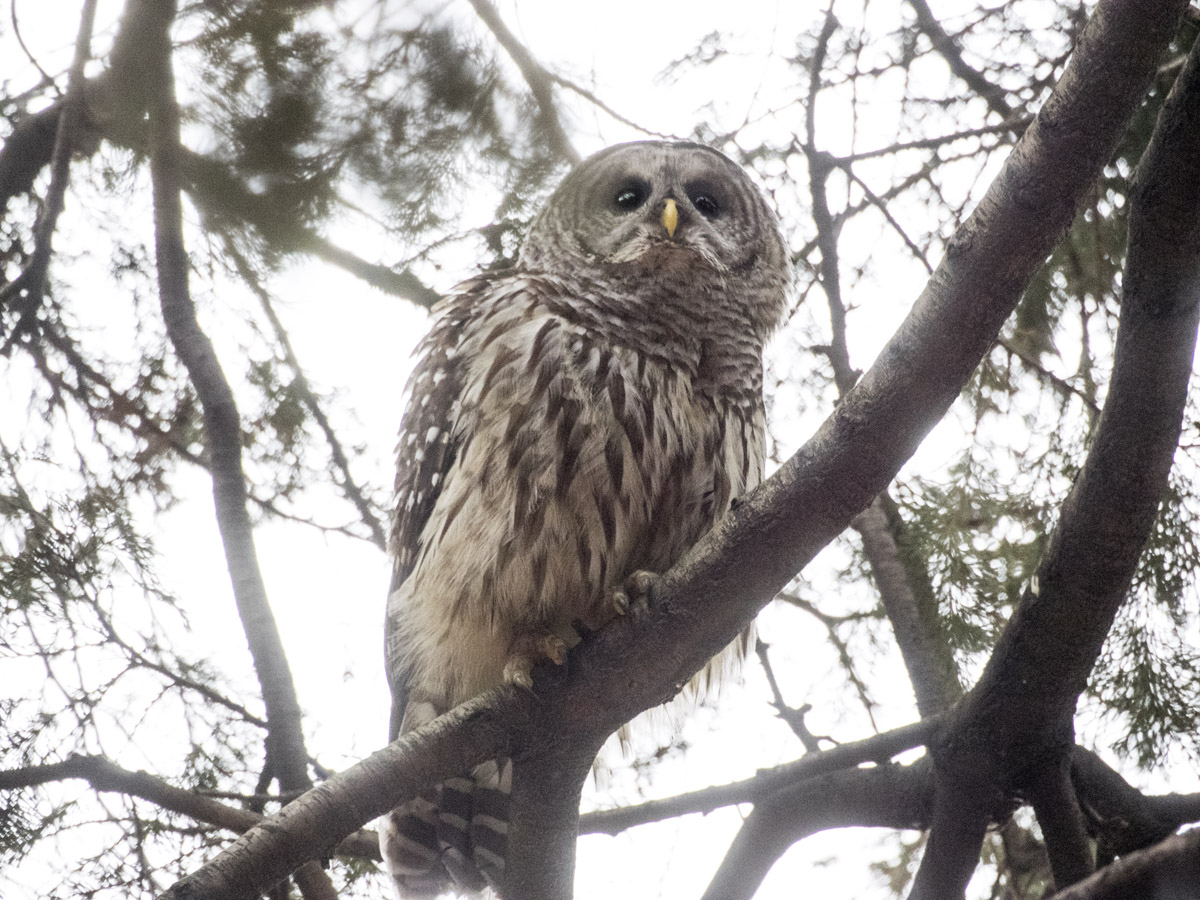 The crows came and went … and came back again. The initial twenty or so dwindled to a skeleton crew of two dedicated owl harassers. For about 15 minutes even they left and all was quiet. Then they were back and the furious cawing resumed. Mostly the owl was able to ignore the hullaballoo and, secure in a particularly dense part of the tree, she seemed to nod off for a while. Then a crow would get too close and she’d make a lunge for it. Crows would explode from all sides of the tree. The owl would relocate to another branch and the game resumed. 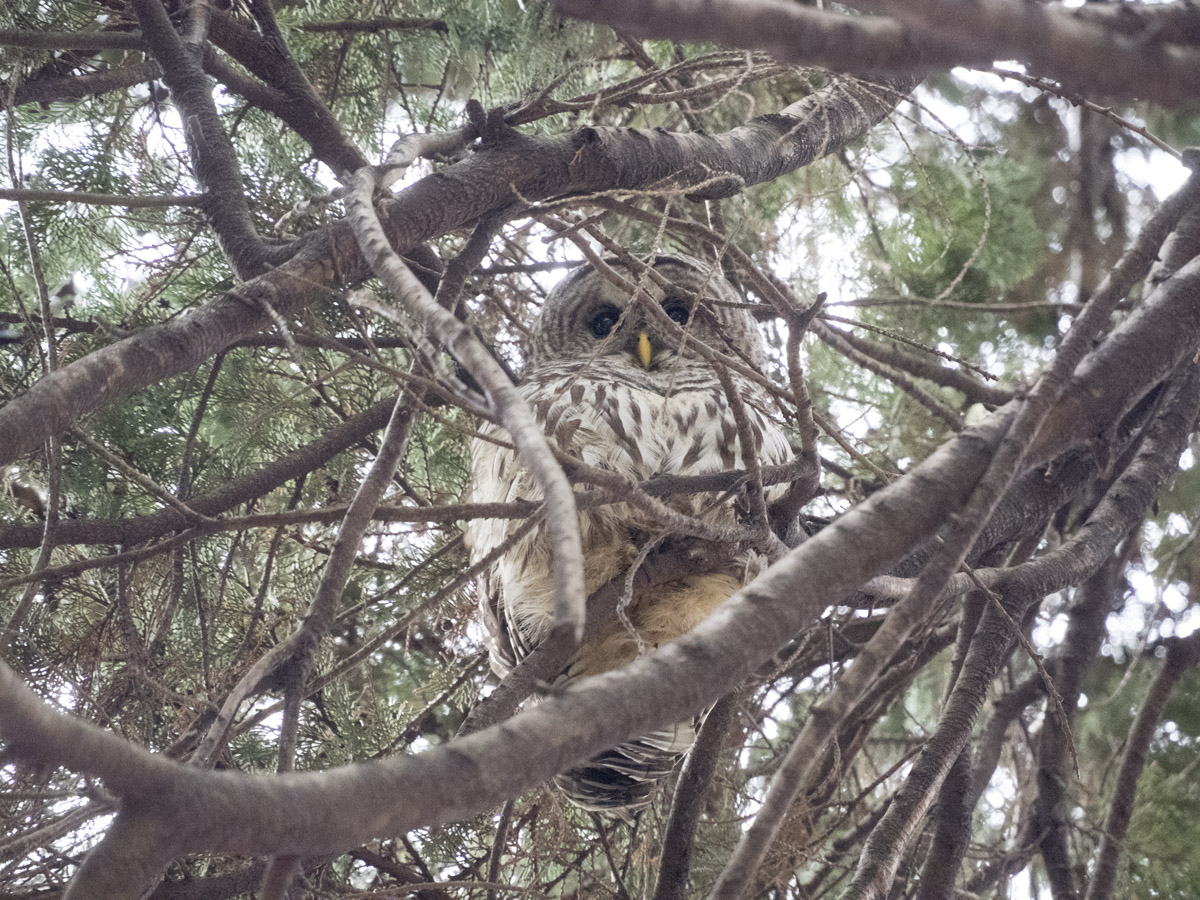 The owl finally found a spot where the crows couldn’t get too close. 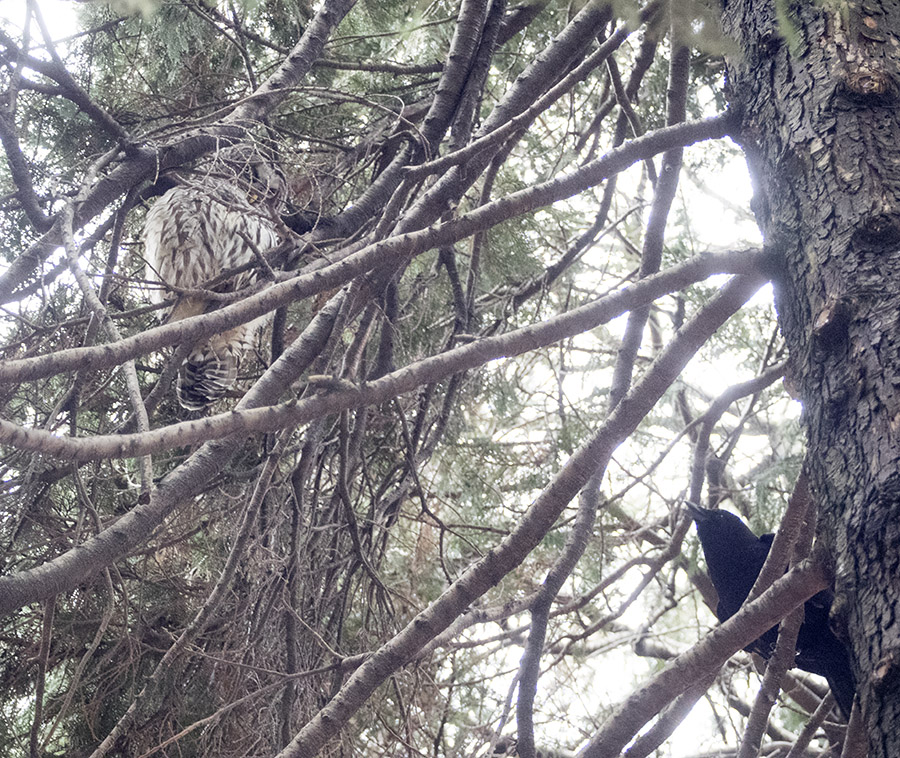 The Barred owl attempts to get some shut-eye in spite of the crow racket.

During the course of this I spoke to many people who were curious about the goings on – a couple who came equipped with binoculars, people who worked in the gallery, tourists, school children going in to see a show, a nice man from Ireland. Opinions were exchanged, stories told.

The Irish gentleman had a particularly memorable corvid tale. Back in Ireland, his aunt lived in a cottage close by a rookery. The rooks were very noisy and she tried to get rid of them by smoking them out – and in so doing, burned her own house down. The ultimate in “why you shouldn’t be mean to crows” stories.

Then a woman came to join the conversation and I noticed she was wearing one of my pendants. I commented on that and it turned out that she has several of my pieces and is a poet. She told me that she loves crows. We exchanged cards. Her name is Daniela Elza and her newest collection, milk tooth bane bone, explores her fascination with crows. I have just read a wonderful review of it here. I am seeking a copy immediately!

She also has a wonderful blog called Strange Places.

So, it was a day of multiple wonders – owls, crows, rook stories and poetry. Who could ask for more!

An hour of looking up into the high, high tree branches has left me in need of a new string of physio appointments, but so worth it. 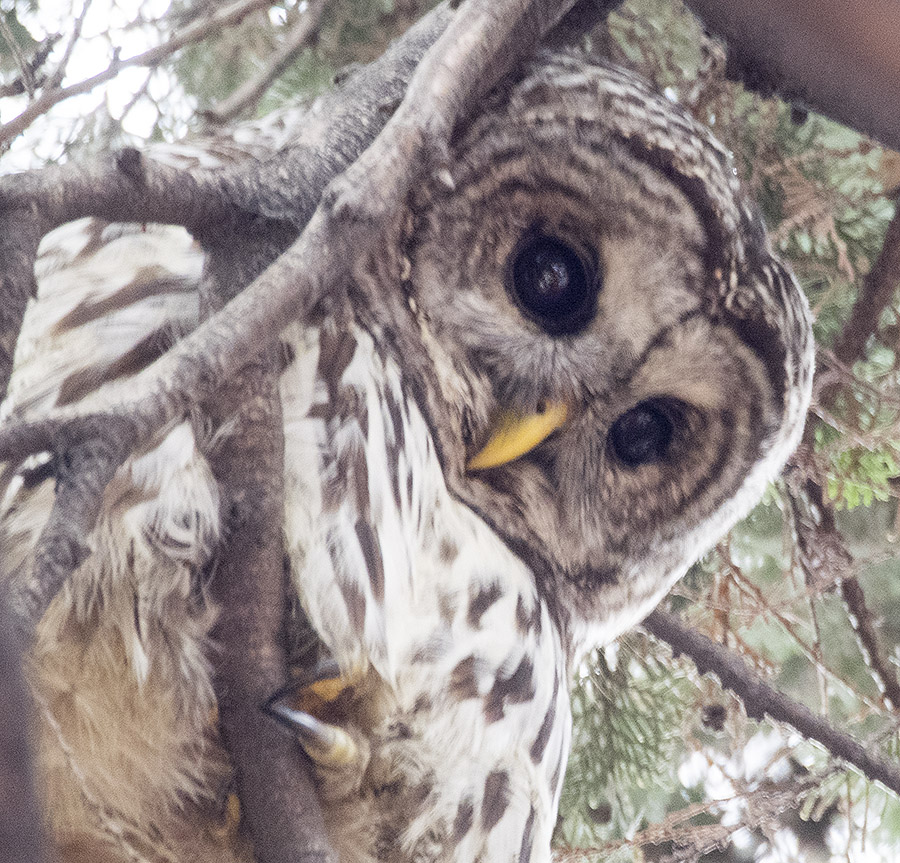