Watch for the last few seconds of this baby crow self-grooming video. I think he’s auditioning for his own show on Comedy Network.

It has been a bit quiet in the neighbourhood of late.

That’s all changed with the advent of the corvid triplets. They do not keep their feeling to themselves. When hungry (pretty much all of the time) the whole neighbourhood knows about it. 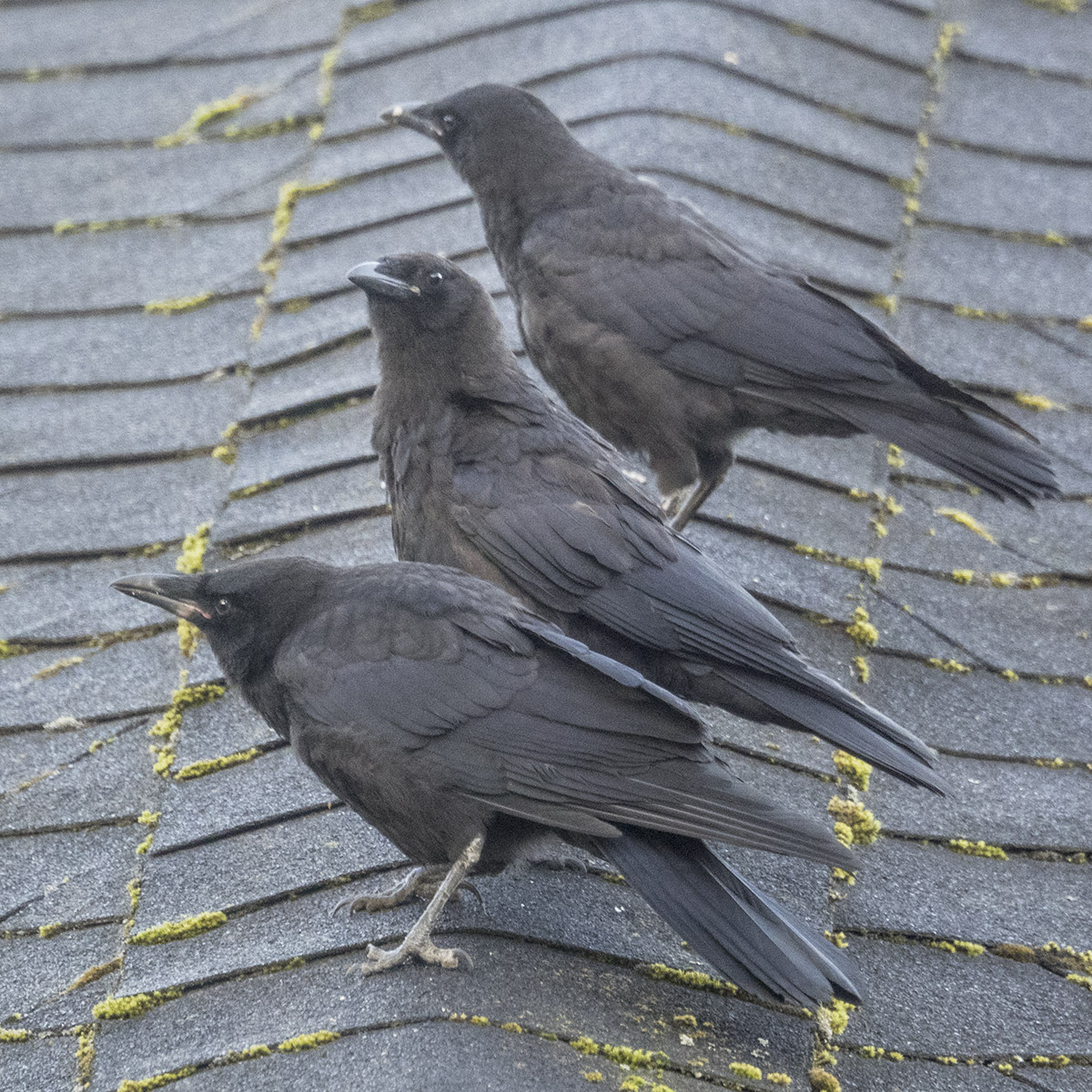 The parents both look pretty exhausted. That dishevelled “new parent” look is made more extreme by the onset of molting season. 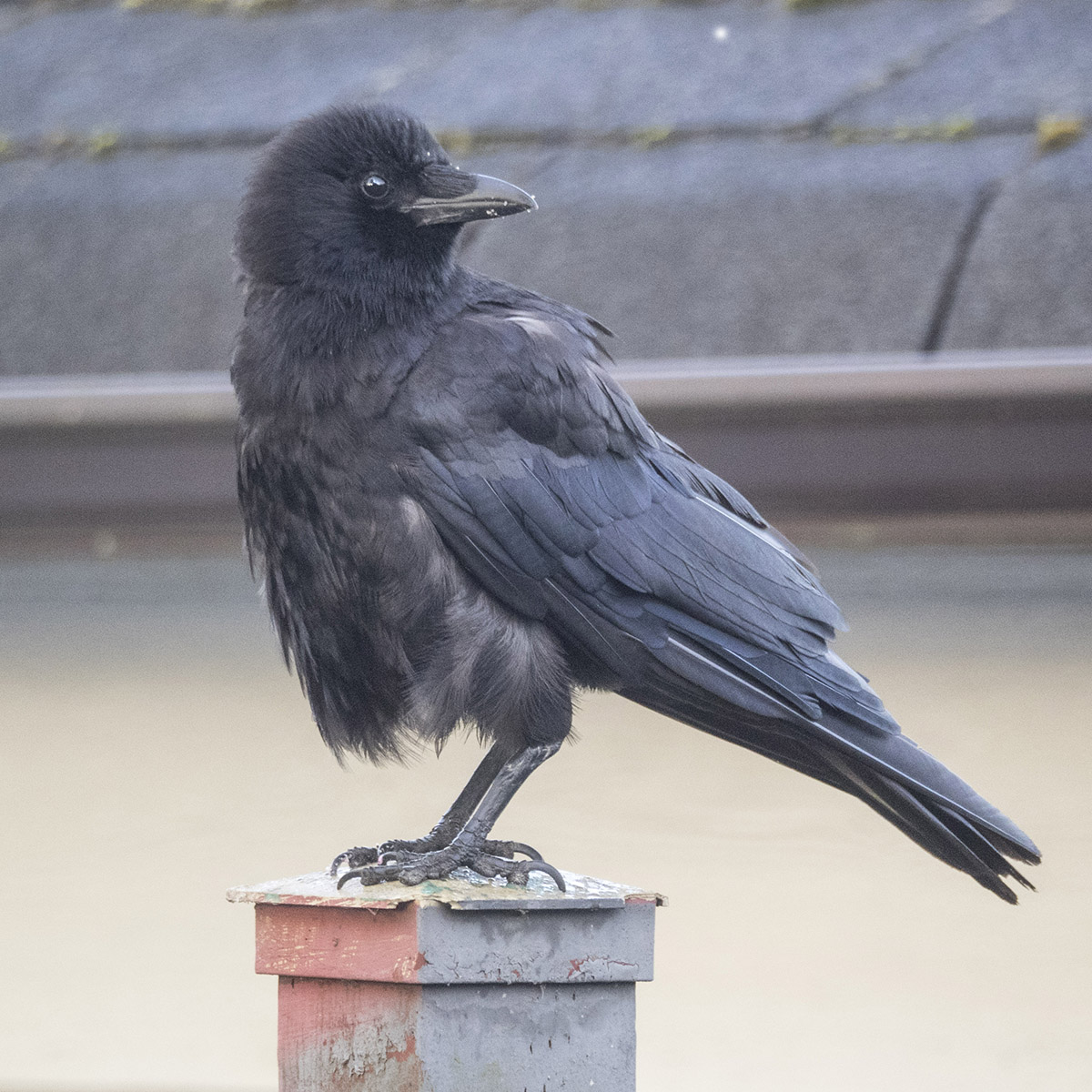 This is one of the parents of the three Firehall baby crows. Although my “babies” are now in their twenties, I still remember the slightly stunned, “Am I really qualified for this?” feeling that this parent seems to be experiencing.

I call them the Firehall family because the parents seemed to have their nest in a tree right beside the fire station that is on the corner of our street.

The triplets are venturing further and further from home base. One of them made it all the way to my garden, looking impossibly cute in the coral bark maple tree. 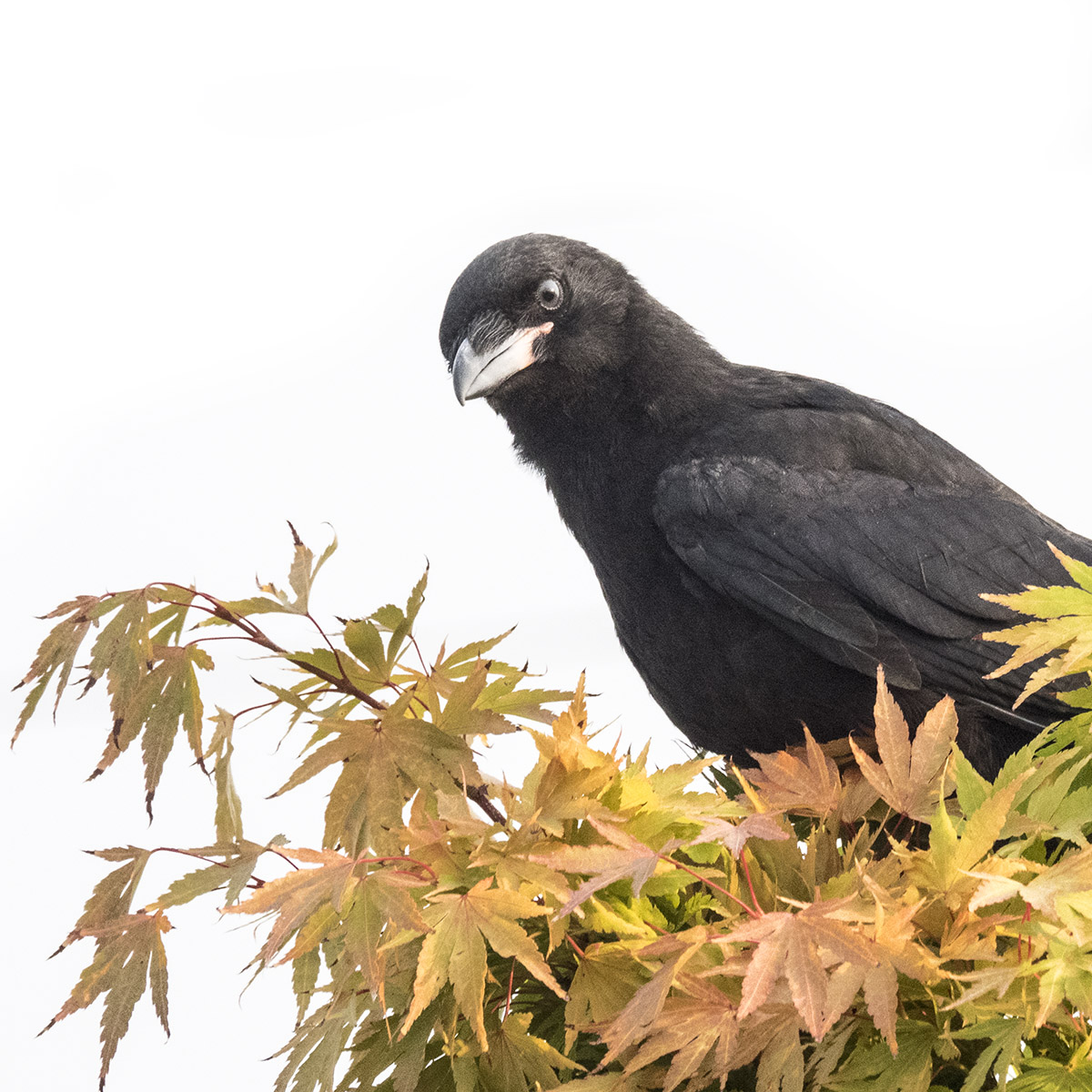 In the video below a harassed parent tries to get away from the ceaseless demands. Again, I do empathize.

Meanwhile, where are Mabel and Eric and Clara?

Now that George is gone, Mabel seems happy to stay with the “teenager” crow she and George had last year, in the alley one over from ours. I visit her daily and she seems well. 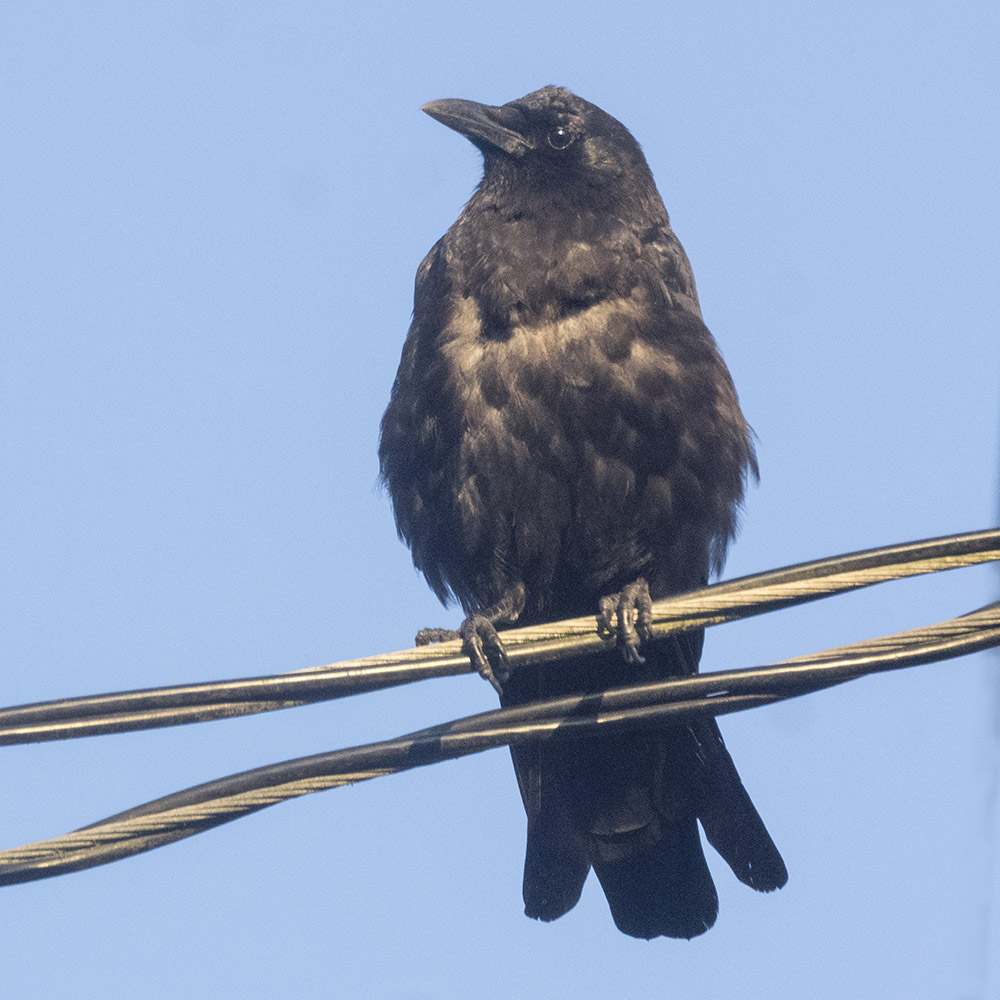 Eric and Clara are in their usual territory. They didn’t have any babies this year, having lost their nest high in the poplar trees to a windstorm early in the season. They’re kind of taking it easy this year, watching their triplet-tending neighbours with something like relief. 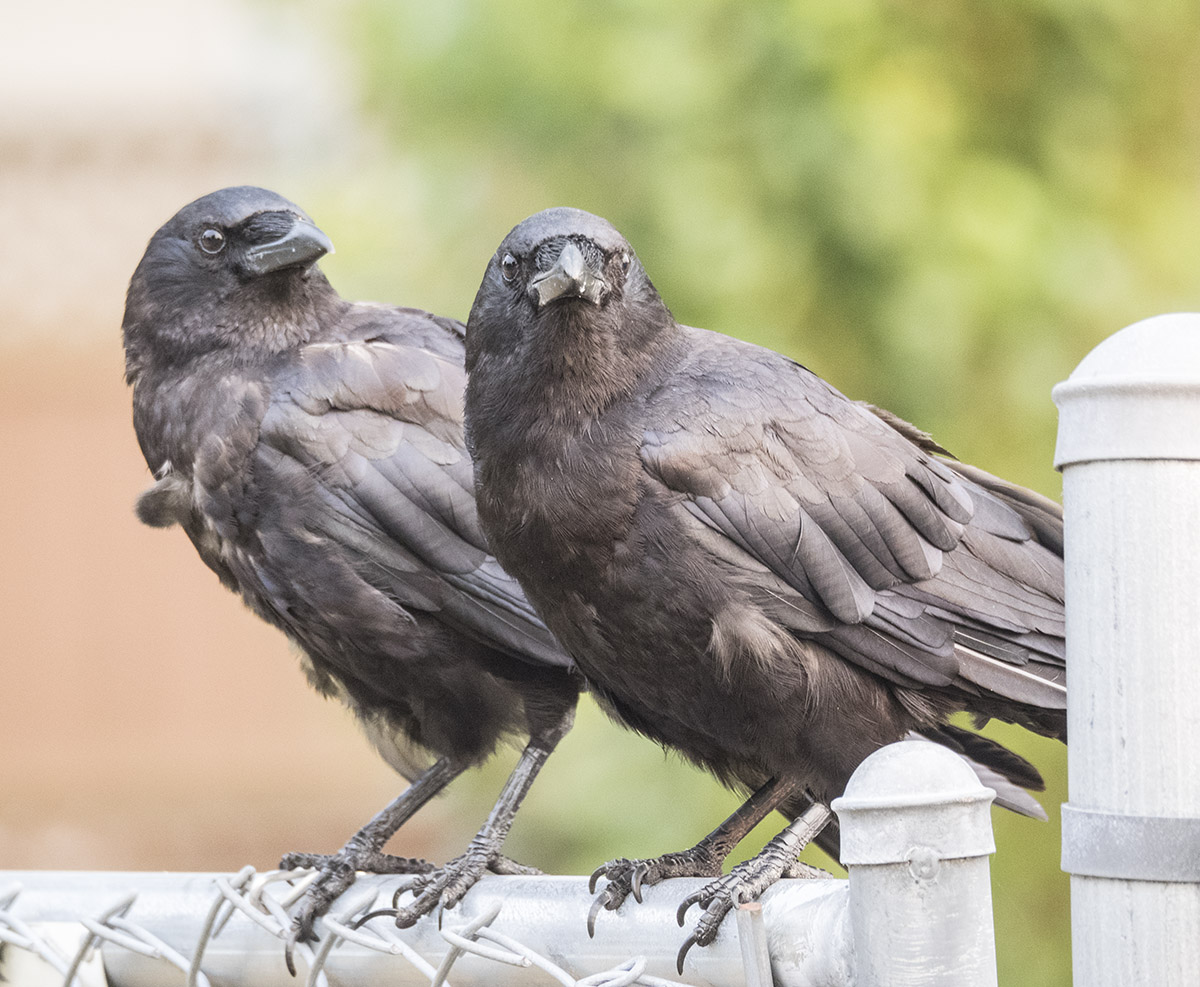 My 2018 City Crow calendar is at the printer’s now and will be ready to ship in the first week of September. You can order yours now! The first 100 orders will come with a large (1.75-inch) Frazzled Mabel button.

If you’ve already ordered a calendar, don’t worry, you’ll be getting a free button too. 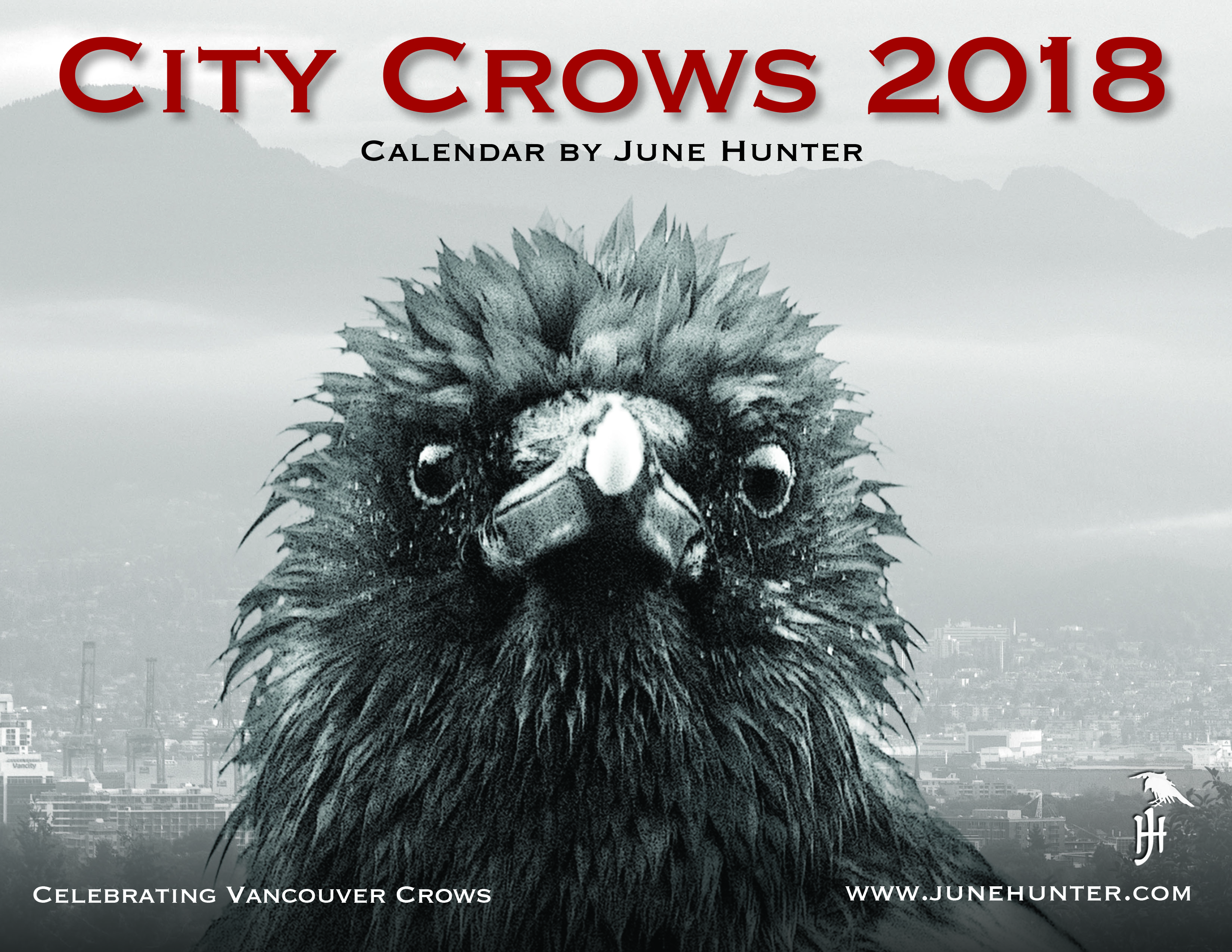