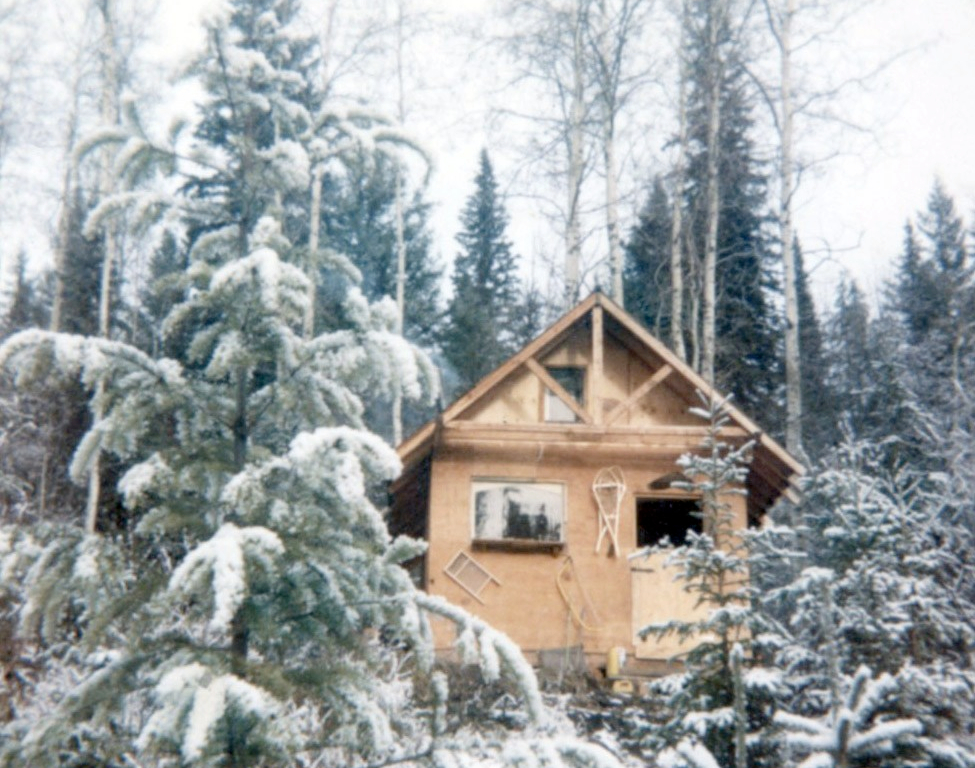 At the end of the last post I had acquired my house building book, an idea, and a few logistical problems.

Privacy and neighbours were not going to be a concern, at least.

The first job was to pick a site. I should mention at this point that I didn’t own any land. Not the land that the log cabin was on, nor the land I was planning to build on. The area was part of a mining claim that no-one had currently claimed. At that point in the mid-70’s no-one seemed to care overly much about small construction projects on Crown land. Not, of course, that anyone ever came out to check back then. 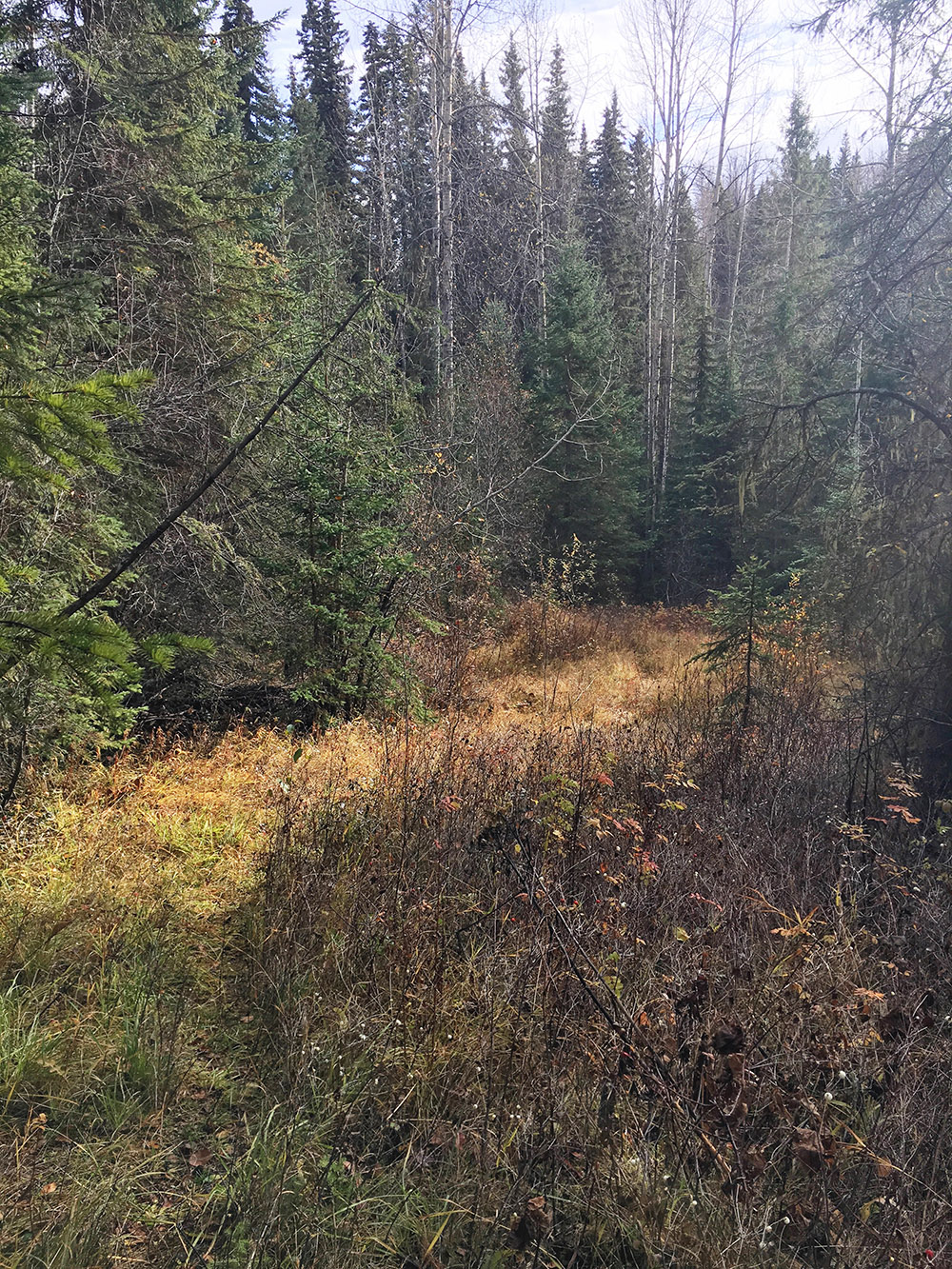 The trail down to the creek. Photo taken years after the cabin was gone, around 2018.

The site I had picked out was a flat shelf of land close to the creek where I was going every day from the log cabin to get my water, about a fifteen minute walk in from the road via a narrow and fairly steep track.

The next issue was the small matter of building materials. I’d decided that log construction was definitely beyond my capabilities and that, in the circumstances, a frame and plywood construction would be more practical.

I did, however, need some logs for the foundations, so a friend with a chainsaw came by and felled three trees for me on the bank above my chosen building site.

And so began the summer of the come-along.

“What is a come-along?” you might well ask. I know I’d never heard of such a thing until someone loaned me one for this task. Anyway, it’s a hand-operated winch with a ratcheting mechanism that allows you to move much heavier objects than you could by hand. 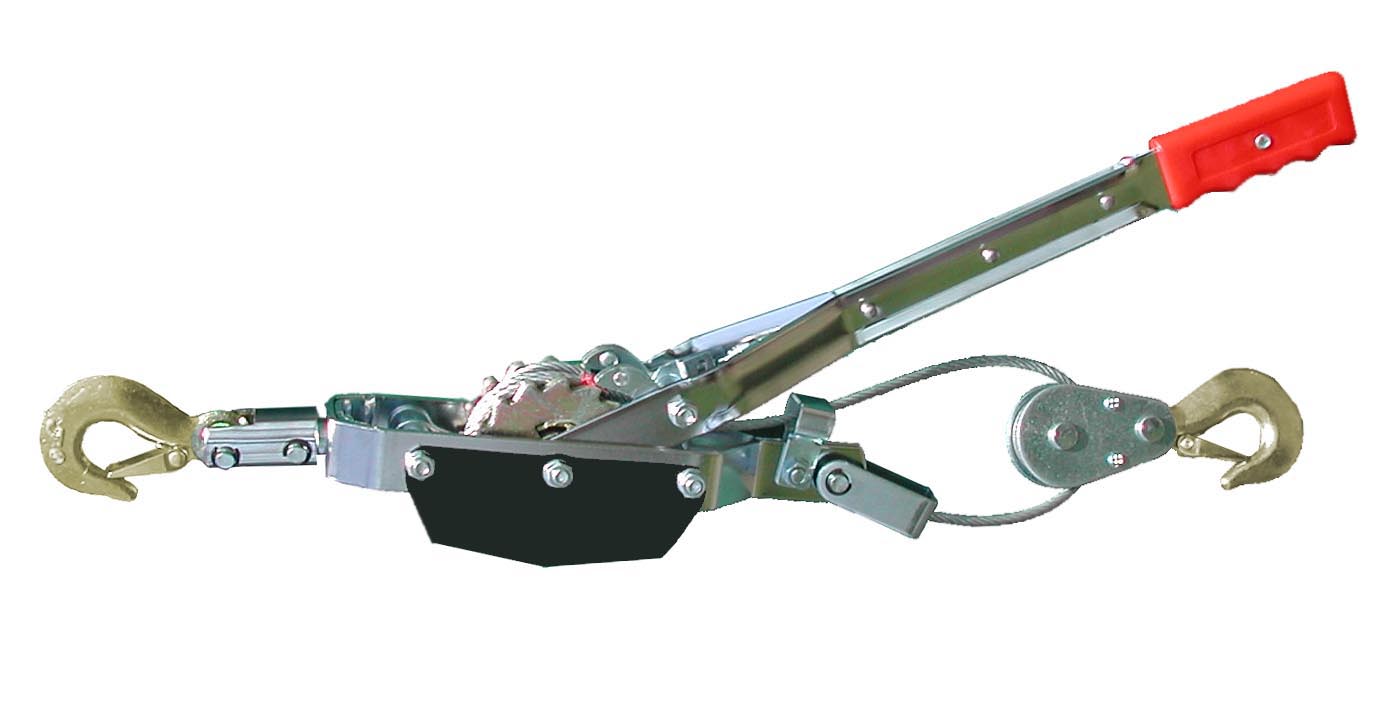 I should say at this point, that I could easily have asked someone to help me with this project, but I was stubborn and felt I could, and should, learn how to do this myself.

That whole summer was spent discovering different ways to use a come-along incorrectly — plus, several novel potential ways to injure yourself.

Once again, however, the forest gods must have been watching me, as I  miraculously survived the process, unscathed except for some blisters. Should you ever find yourself with a come-along and some logs to move, let me share some important do’s and don’ts.

First, don’t start dragging the log across the face of a slope parallel to the grade. If you do, it will roll down the slope in a much faster, and less controlled way than you had in mind. Especially DO NOT stand downhill from the log!

Also, if you drag the log at a right angle down one slope to a flat area, the nose of the log will dig itself deeply into the flat area. You will then spend several days of excavating to free it.

It took, as I recall, about six weeks — during which time I learned to drag the log at an oblique angle across the downhill slope, and to make rollers from bits of wood to stop the nose of the log digging in to the “steps” on the way down.

Oh, and patience. I learned a lot about that. Nevertheless, I’m sure the trees and wildlife for miles around heard more swearing that summer than ever before.

By the end of summer I had all three logs down to the flat area where I planned to build, but was a bit stymied as to how to get them all perfectly aligned. Luckily two tree planting friends happened to stop by just then, and the three of us got the logs more or less level and parallel. 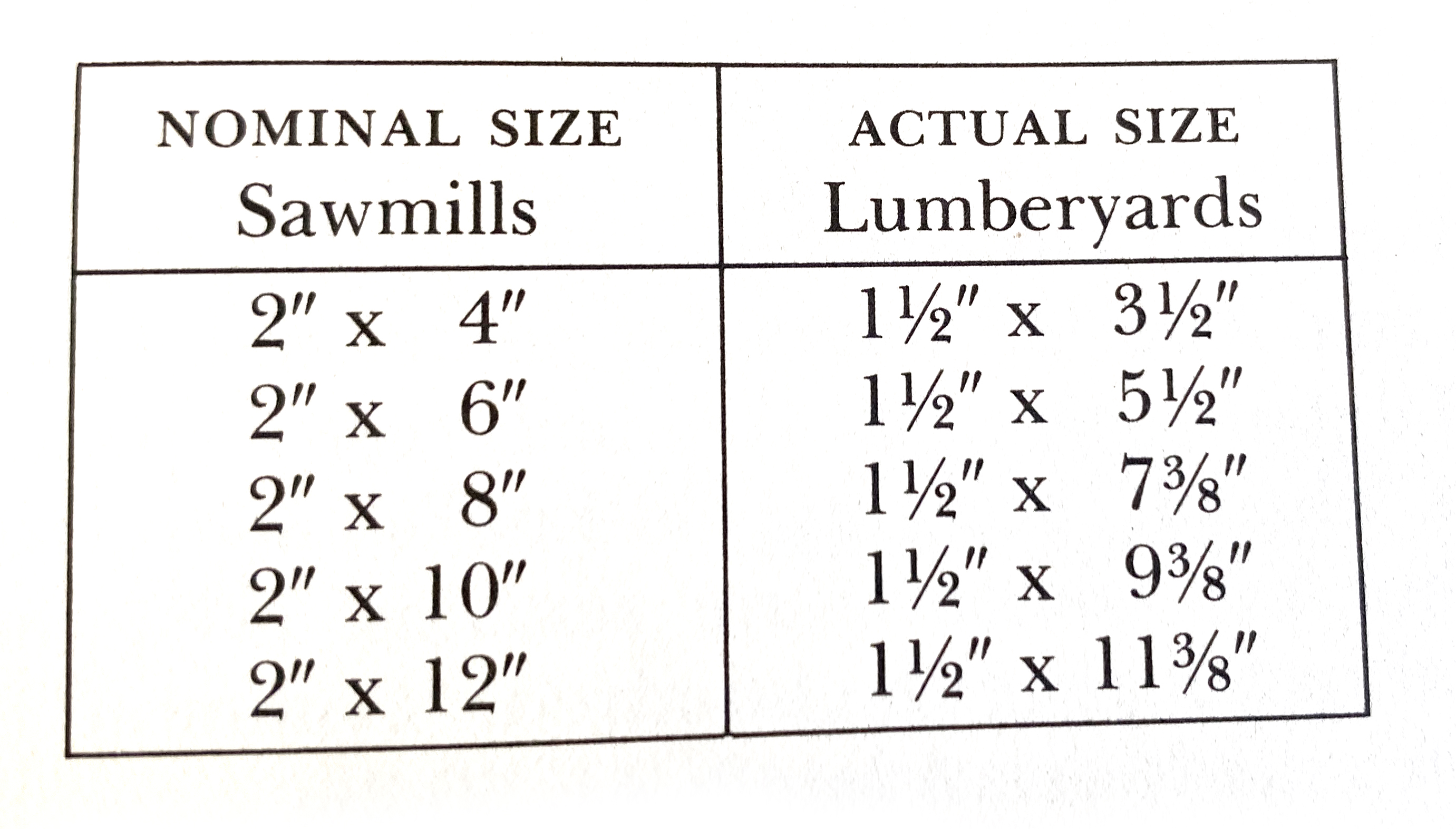 Now I needed the rest of the supplies — milled lumber and plywood. The fact that I didn’t drive complicated things, but by ordering from a small family-run mill on the other side of Likely, I was able to get it all delivered. Of course, with no road into the cabin site, the best they could do was leave it on the landing, about 20 minutes walk from the cabin site.

Cue more swearing as I spent several weeks carrying and dragging all the wood down the trail, piece by piece. I’d carry a sheet of plywood on my back and sometimes, if I started to run downhill, I’d feel quite close to achieving primitive flight. 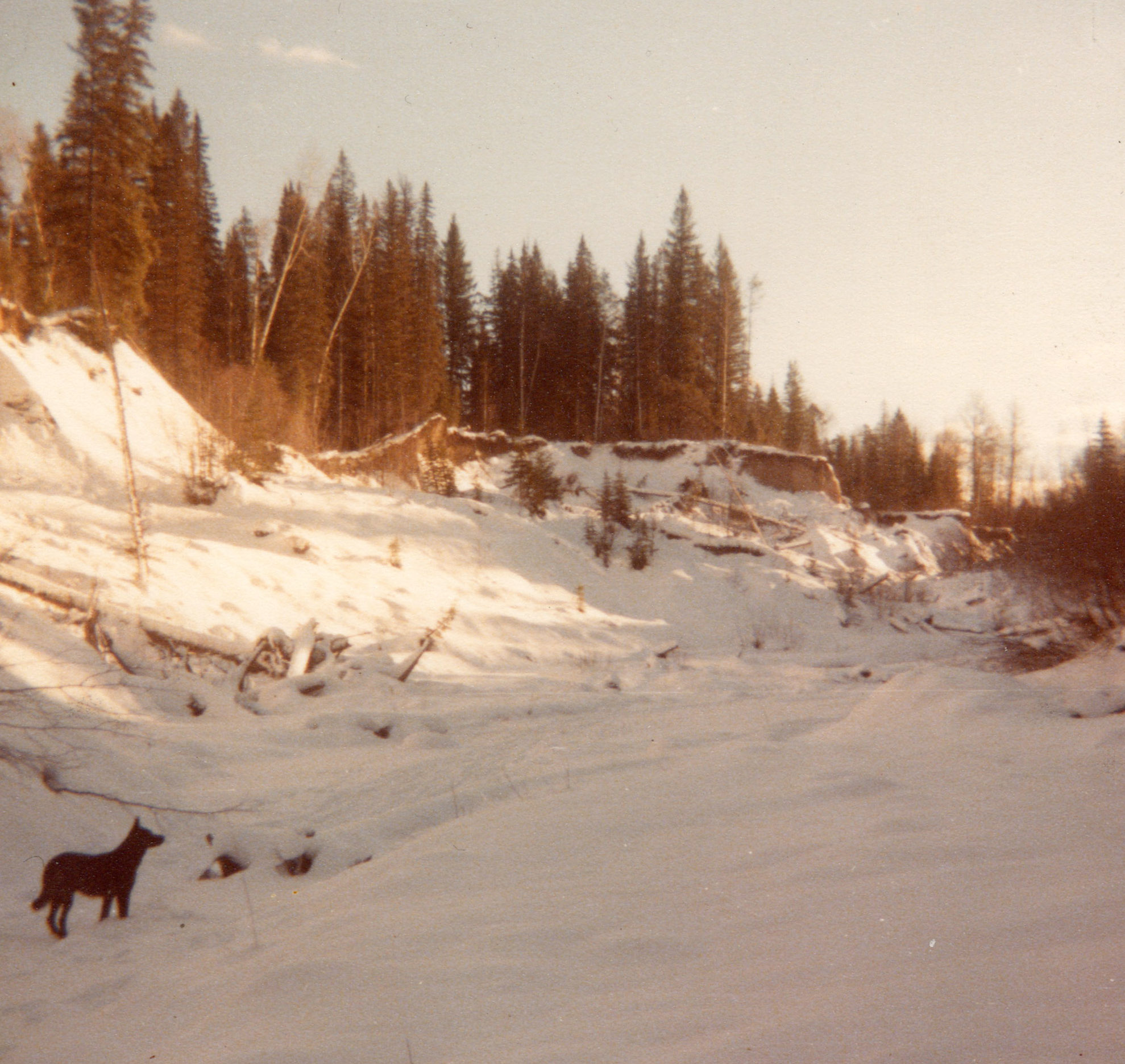 Finlay surveying his new neighbourhood — the creek bed mostly frozen over in winter.

Eventually all of the supplies were on-site and just needed assembling. Again, I could have made this a lot easier on myself by simply buying a couple of cases of beer and getting all of the local experienced cabin builders to come over and whip it together in a day or two. But Fair Isle Sock Knitter Extraordinaires do not take the easy path.

I had to admit though, that lumber construction was starting to look logistically quite different from knitting.

It was hard to see how one pair of inexperienced hands could physically accomplish the task. Fortunately a friend arrived from Wales as I was trying to figure out next steps.  He’d never done anything like this either, so we’d spend each evening poring over the “Illustrated Guide to Housebuilding” by kerosene lamp in the breezy log cabin and then head down the hill to try and put what we’d learned into action. Our vocabularies suddenly expanded — words like  “joist,” “sill,” “studs” and “gable end” were bandied about as if we actually knew what we were doing.

Getting it framed, super-well insulated, and clad in plywood started after the tree planting season, and took the rest of the summer, fall and into early winter. Unfortunately I seem to have very few photos of all of this industry, which as a photographer drives me mad. I was still using my old Kodak Instamatic at that time, and I imagine I was saving all funds for building supplies rather than photo developing.

Below is one of the few pictures I can find. You can see that I’m using a Swede saw. All all of the lumber was cut using hand saws due to my abiding fear of chainsaws. No wonder it took us so long! 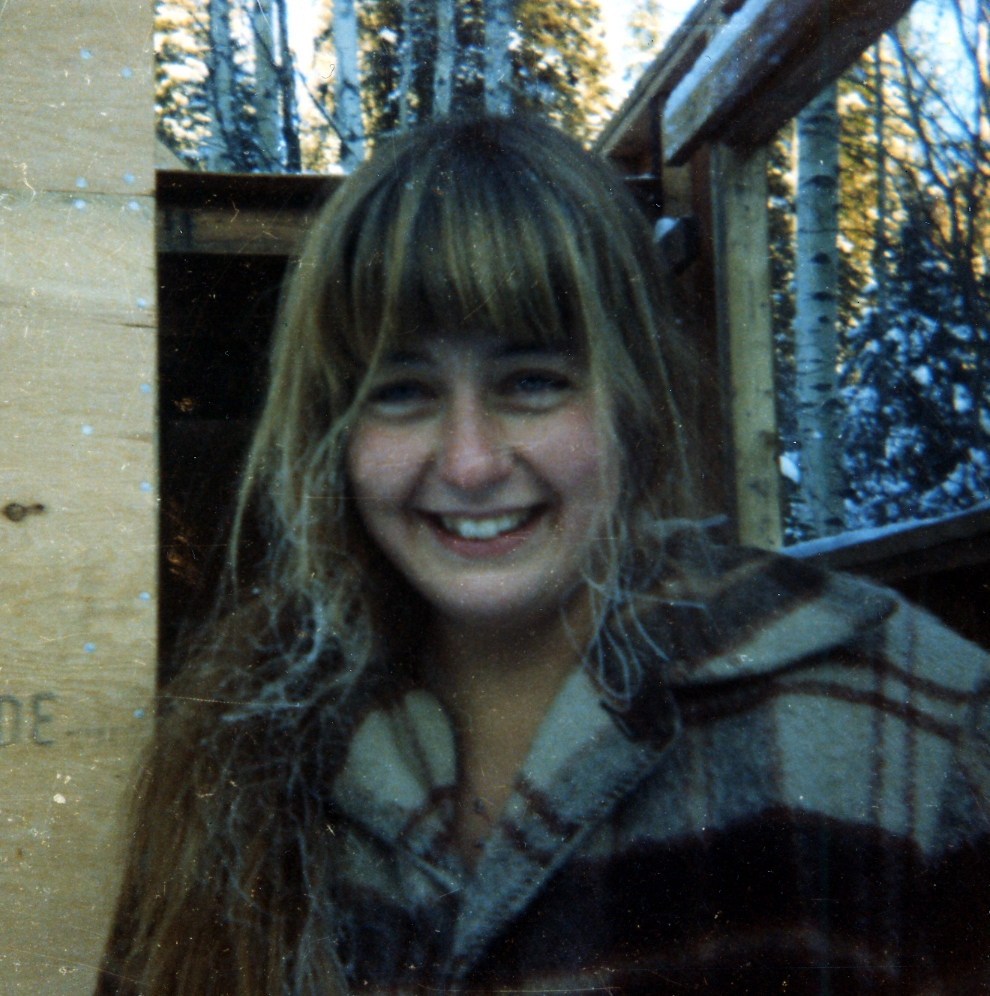 Me, hair a bit frozen, towards the end of construction.

By the time we were ready to put roofing paper on the roof, it was very cold and starting to snow. Roofing paper is impossible to work with in the cold as it becomes brittle and breaks, so we worked out the following system.

One of us would be up in the log cabin at the top of the hill. That person would cut the roofing paper to length in the warm cabin and then roll it up, tuck it under one arm, and run at at full tilt down to the new cabin. There, the other person would be stationed on the cabin roof with a broom to sweep off some of the snowflakes that were falling, and, between us we’d attach the pre-cut piece of roofing paper before it got too cold and broke into pieces.

And then repeat. And repeat. 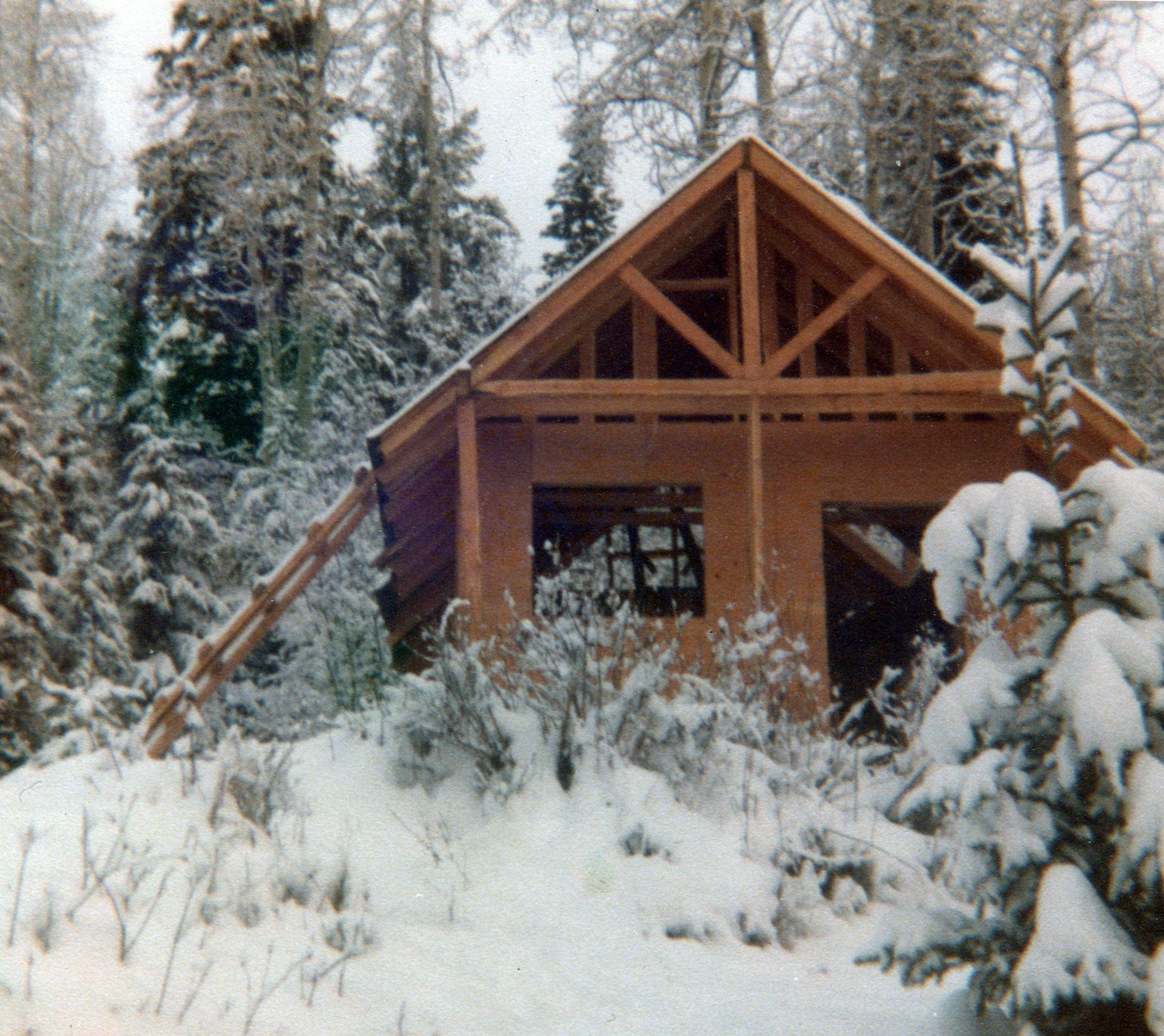 Ladder set up on the roof for scrambling up with rolls of roof paper.

That part definitely wasn’t in the Illustrated Guide, but somehow it worked and the roof was on, just in time for winter to start in earnest. 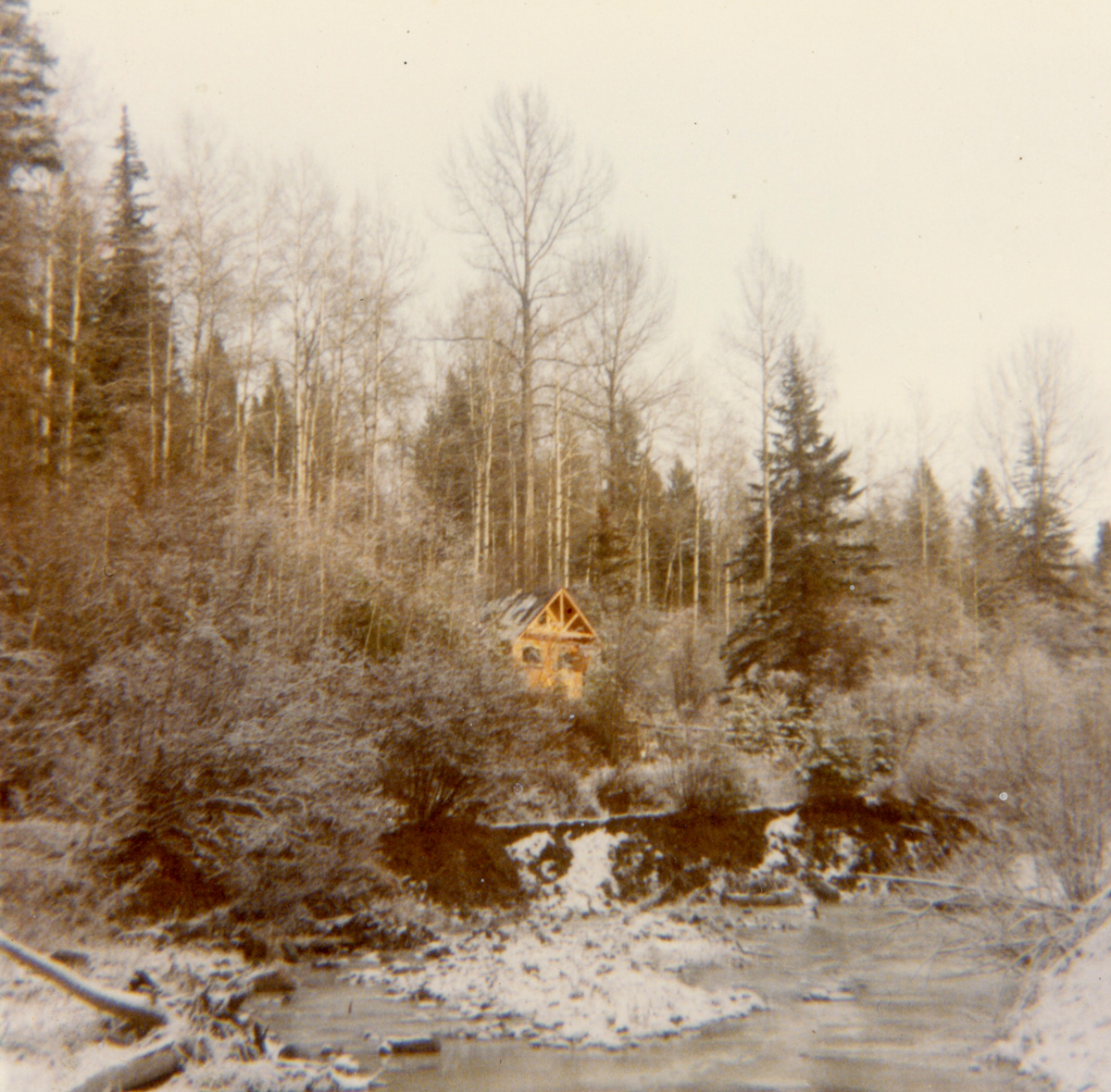 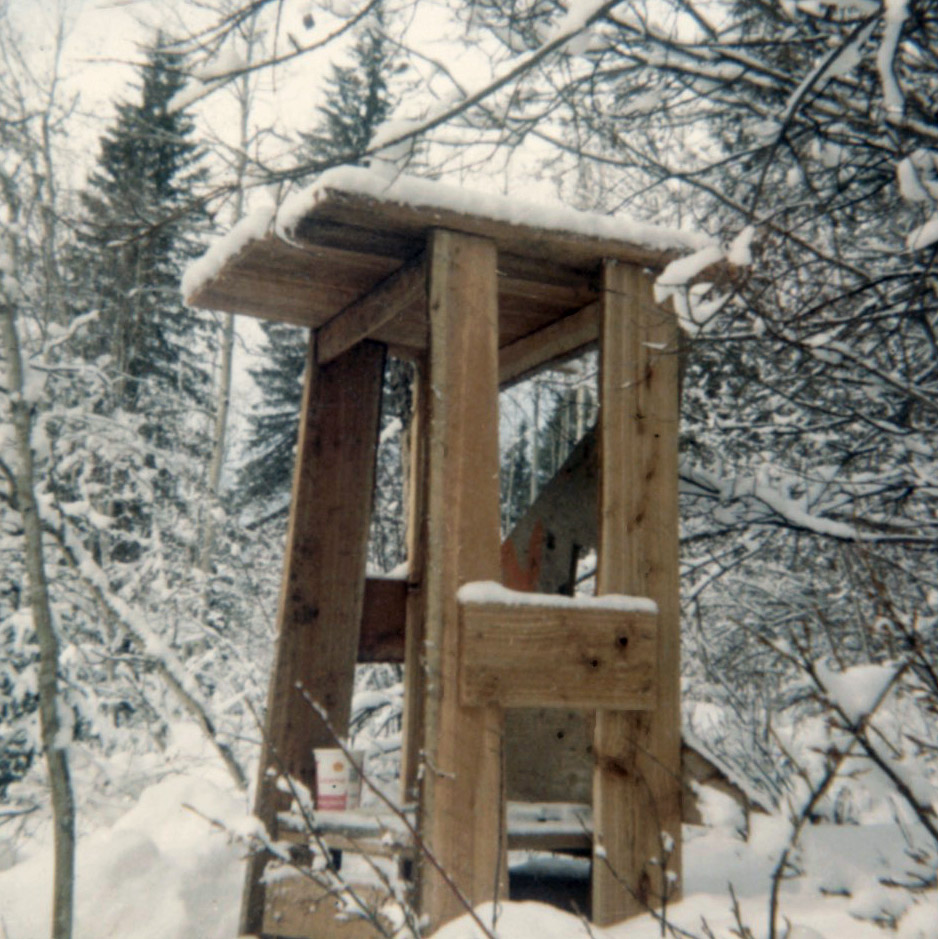 Five star outhouse. A bit chilly in the depths of winter, but great view.

Stay tuned for the next exciting episode: moving in and furnishing my cabin.

If you missed it: