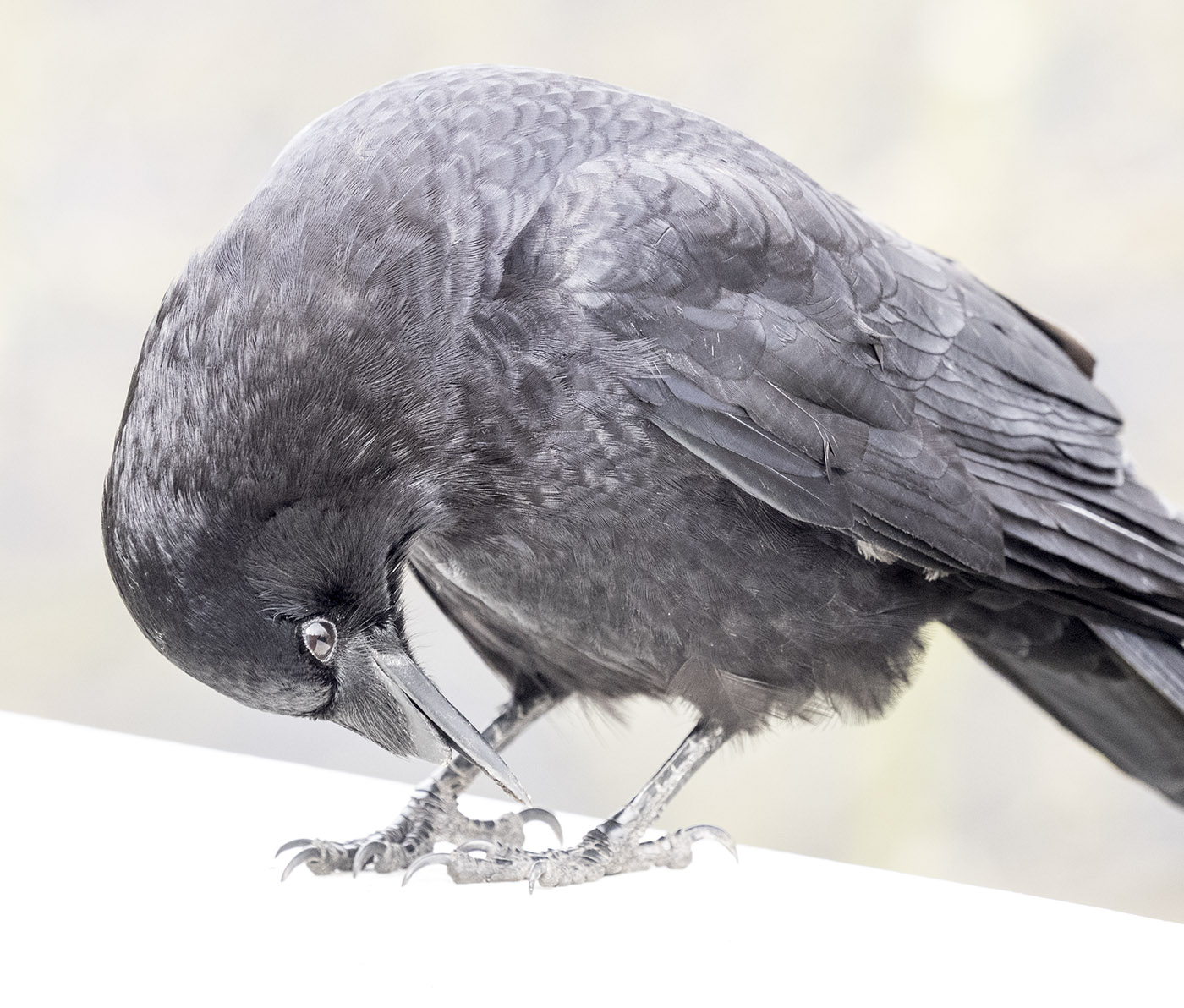 We spent our Earth Day morning mounting a small neighbourhood search for George.

From late summer to spring, George and Mabel come by our garden several times a day without fail.

Then, one day each spring, they just seem to disappear. They don’t come to the house.  They don’t greet me on my dog walks. I’ve noticed this happen for a couple of years and I assume that they are off doing top secret nesting work somewhere.

But, still, I worry.

A fellow George-watcher in the neighbourhood contacted me on Instagram yesterday to see if I’d seen him lately.  She mentioned that she’d seen Mabel and their baby from last year at her end of the block. It worried me a bit that Mabel was around, but not George. 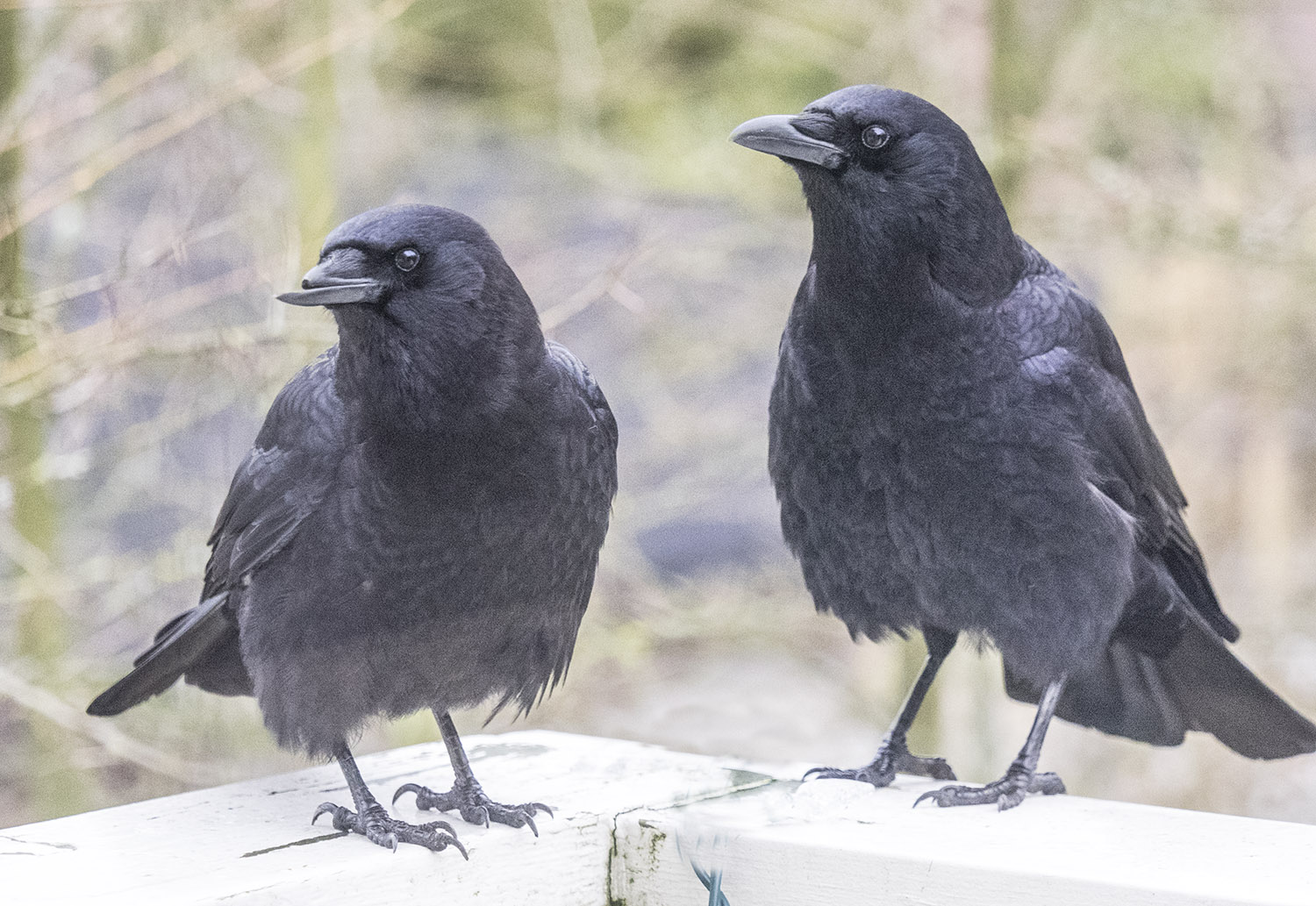 Since the two are usually pretty inseparable, that seemed strange.

This morning, my neighbour contacted me with the news that she’d seen George — several blocks away from where he usually hangs out. She included a silhouette photo of him on a lamp stand with the distinctive broken beak profile.

This morning’s dog walk naturally took us on an exploratory expedition to this distant intersection in search of George. It seemed a little odd that he’d be so far away, but how many broken-beaked crows could there be in one neighbourhood? 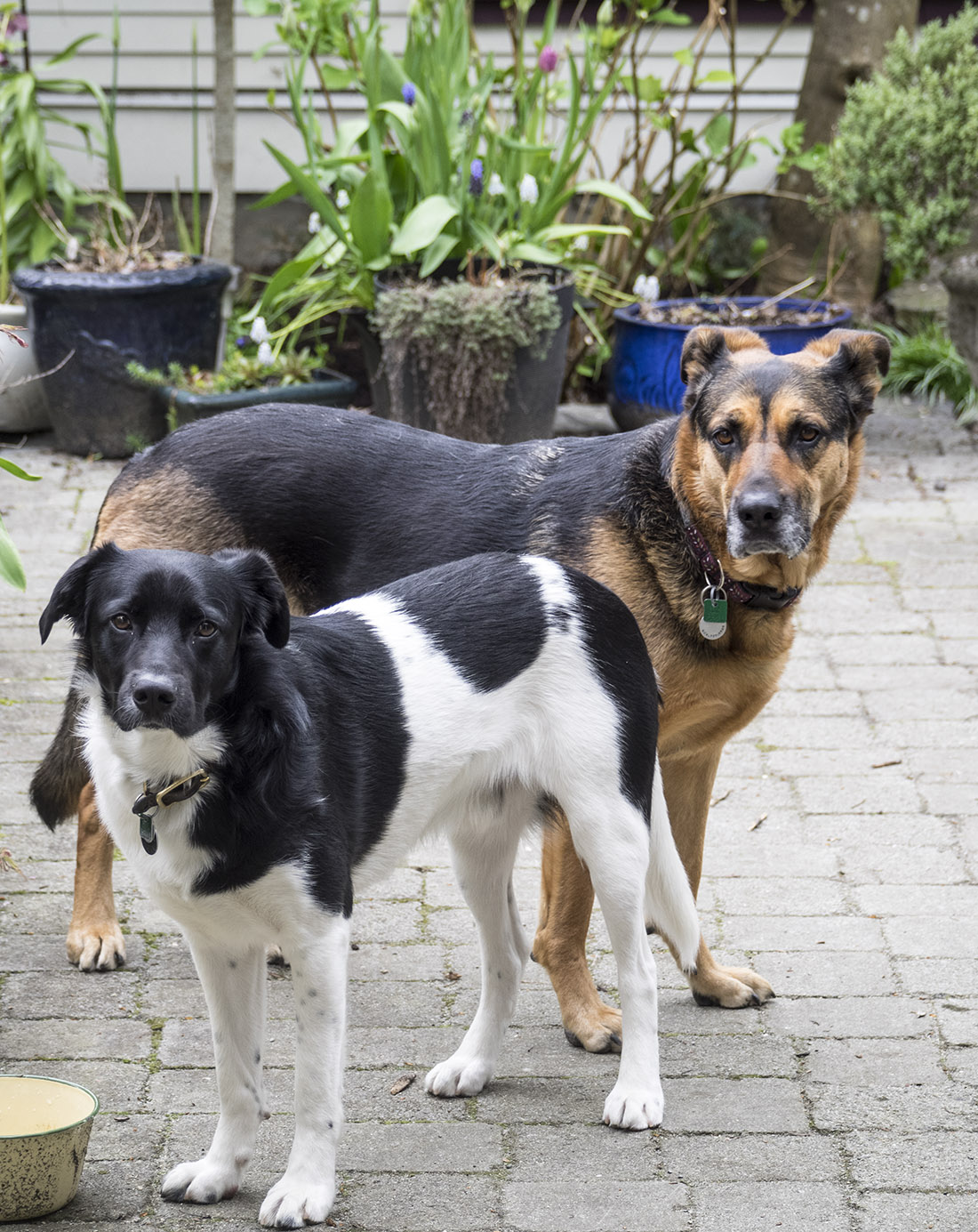 As soon as we got to the corner in question, there he was. But wait a minute.

This crow had a broken beak, just like George, but showed no sign of recognizing us. George usually zooms low all down the street to make a dramatic landing right beside me. This crow just continued his diligent turf-turning project on someone’s lawn (looking for chafer beetle grubs.) No interest in us whatsoever.

Although he looked pretty identical to George, I knew it couldn’t be him. It made me realize two things.

One:  this sort of beak injury can’t be that rare after all.

Two: crows look pretty identical to our undiscriminating human eyes. We have to use all the clues available to us — behaviour, location, which other crows they’re hanging out with, as well as little physical differences, to figure out who’s who. I figure it’s good exercise for the aging brain. Corvid Sudoko.

I gave our new acquaintance a few peanuts, wished him well, and headed back to our street. 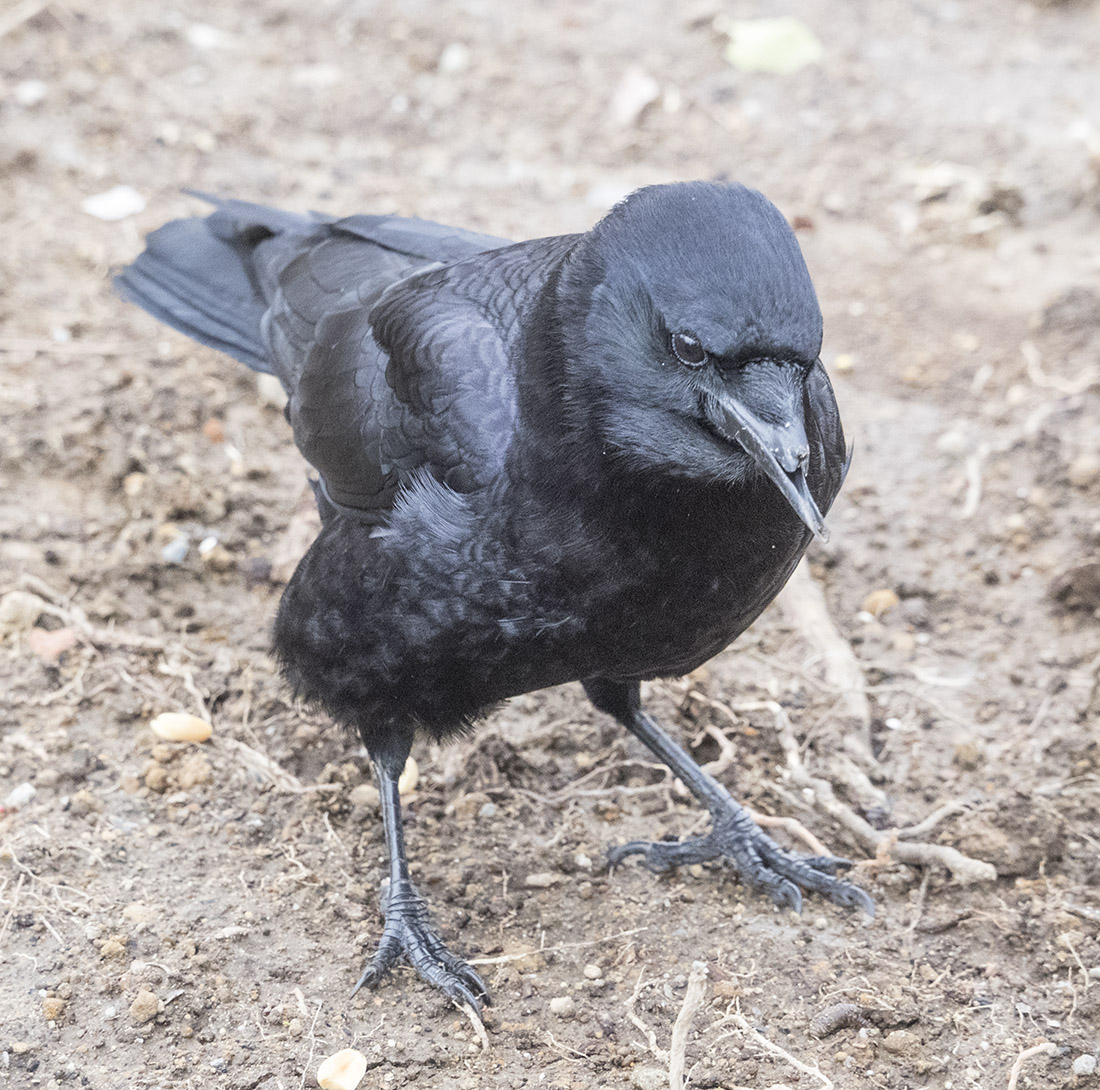 As we got to the area where George and family usually gather, I saw what looked like George Junior. No sign of dad anywhere. Sigh. 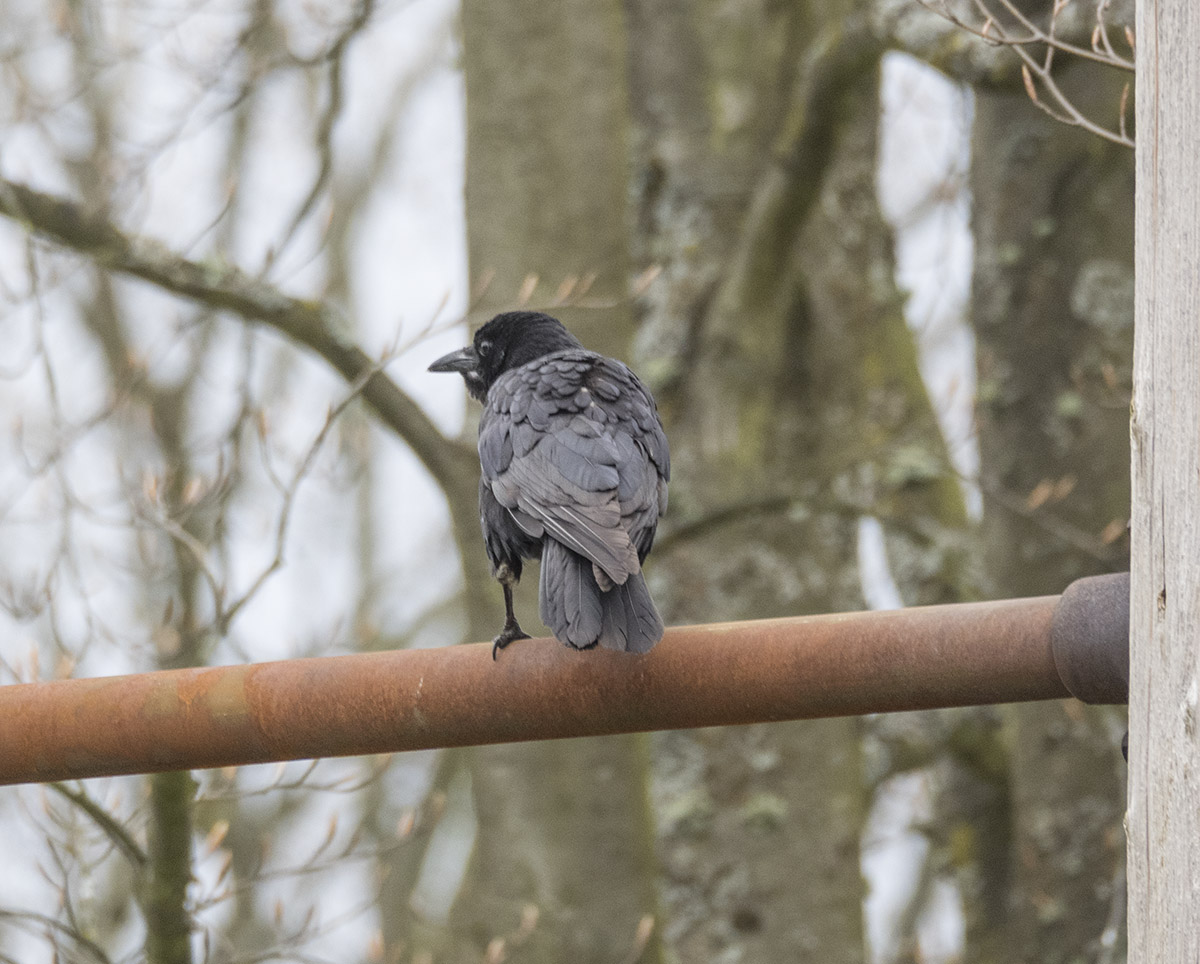 Then, like Batman dramatically arriving at a crime in progress, all of a sudden there he was! I think it was only because I was approaching his still-dependant offspring that he broke his cover to come and greet us. 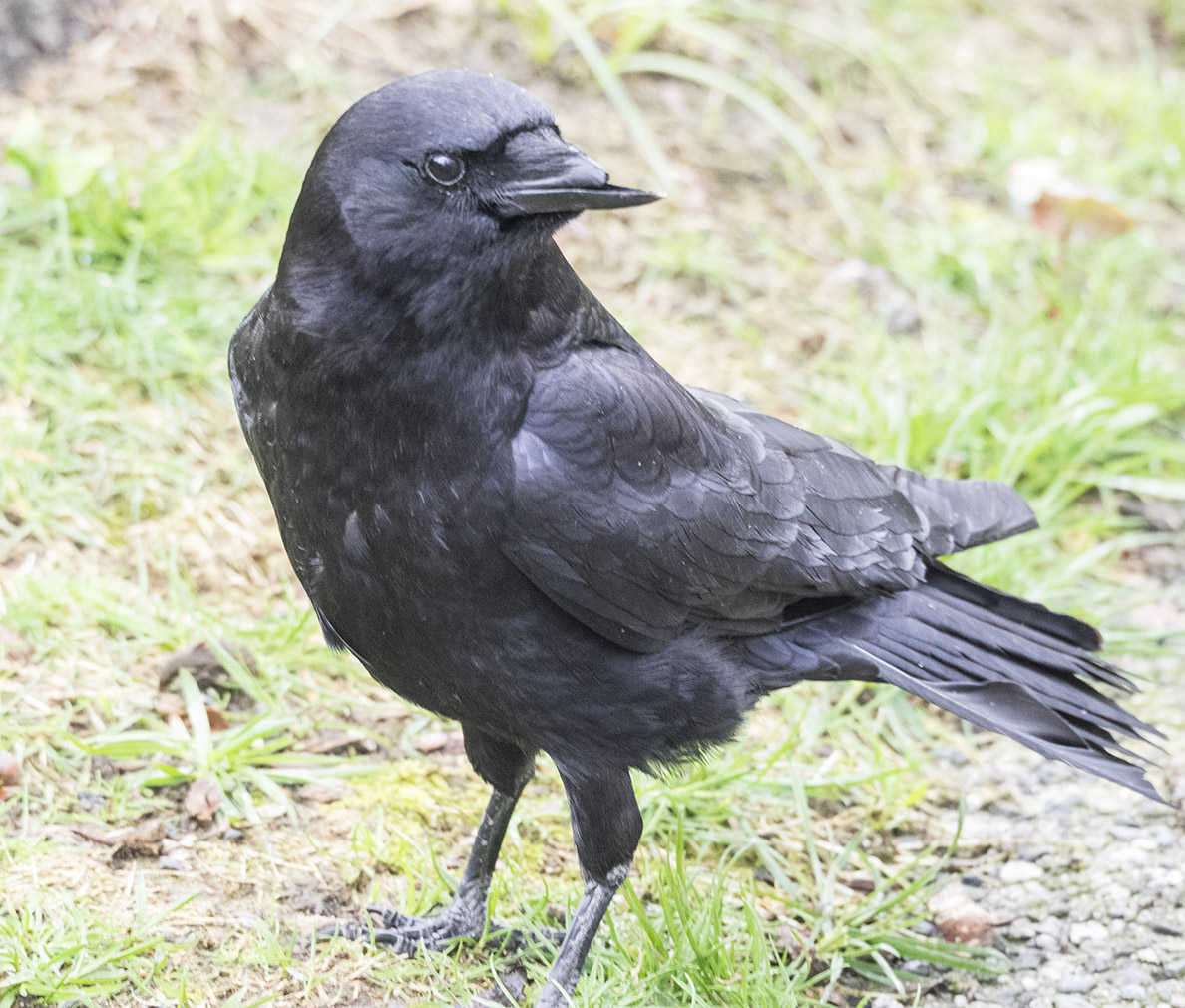 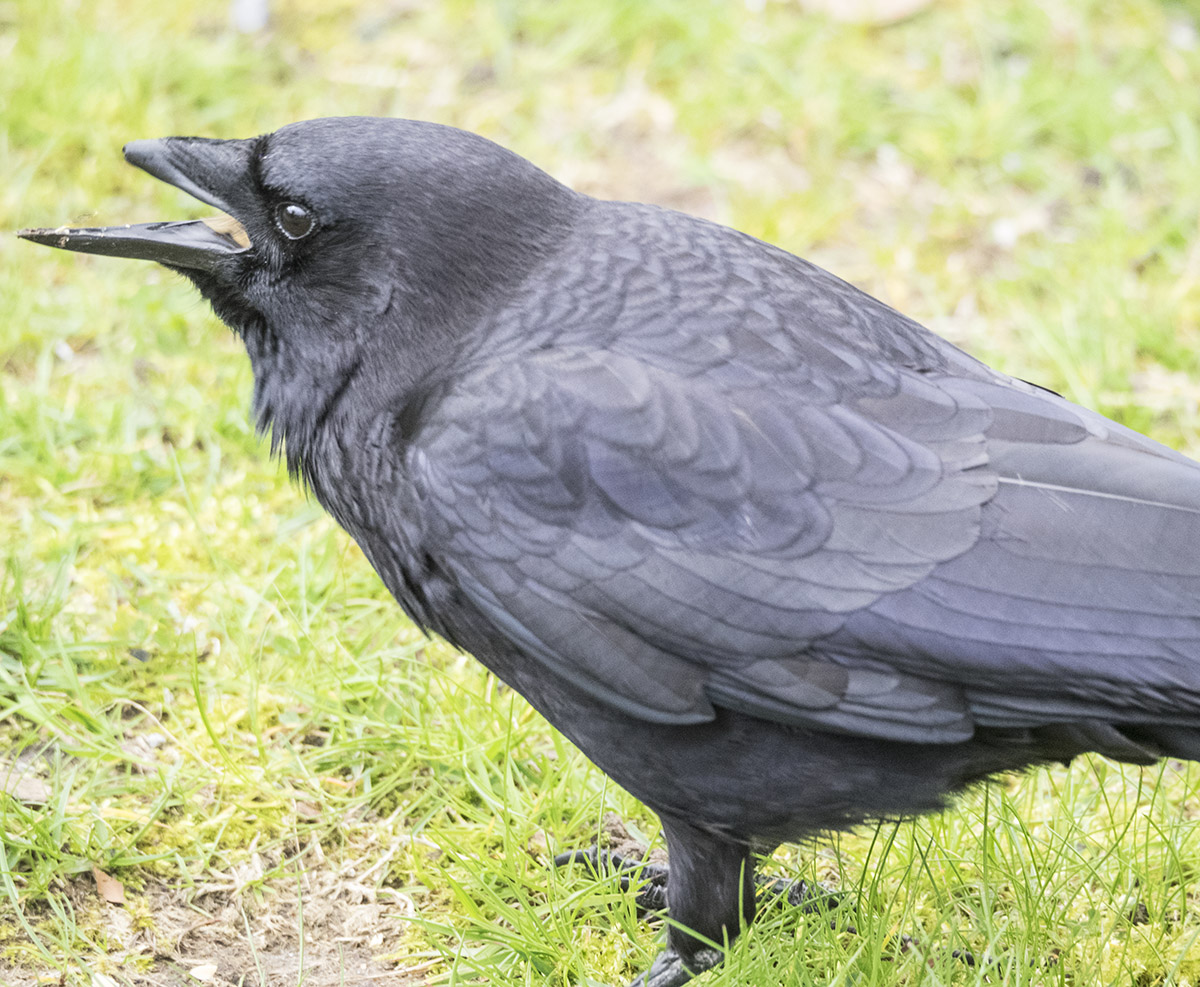 So, now I’m back to my original theory, which is that George is occupied on some high security nest-related project and won’t be visiting, or swooping down regularly until that job is completed.

Leaving me more time for my other worry project, Eric and Clara.

Their nest is at the other end of the block, high up in the poplars. My concerns for them are, first: the poplar leaves are taking so long to come out that the nest is very visible to predators. It’s too high up for racoons, but just the right height for eagles, hawks and ravens. 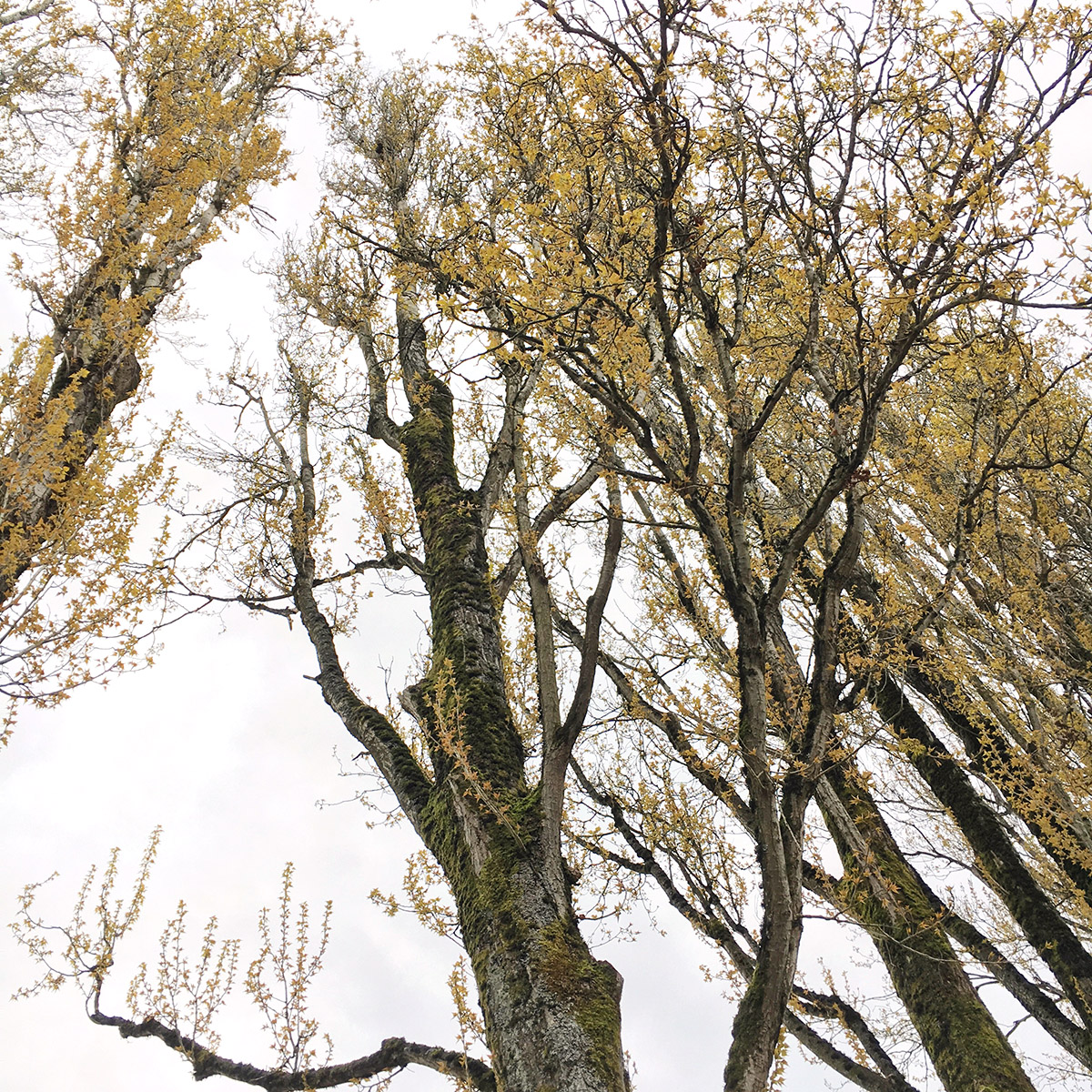 Eric and Clara’s nest is about 50 feet up there. The leaves are slowly, slowly providing camouflage.

Which brings to me to my second and latest worry.  If the babies do hatch successfully, how are they going to get to the ground safely. Baby crows often leave the nest before they can really fly. They hop around, do a bit of clumsy gliding, but real flying skill usually takes a couple of weeks to develop. So, what happens when you’re born in a high rise??

Once you start getting attached to wild birds, there really is no end to the list of things to worry about!

I’ll be having my annual pre-Mother’s Day studio sale in a couple of weeks. If you’re in the Vancouver area, come on by and you can find out the latest news first hand. 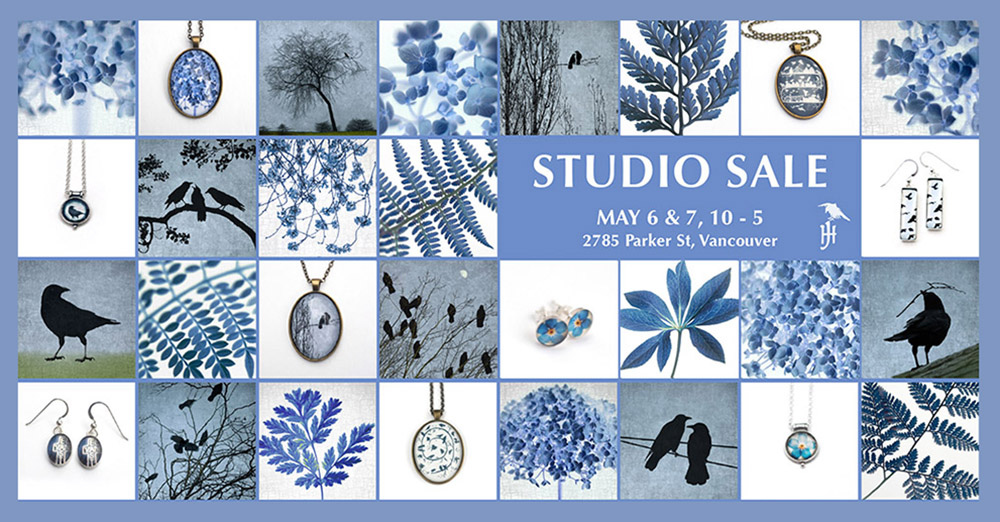