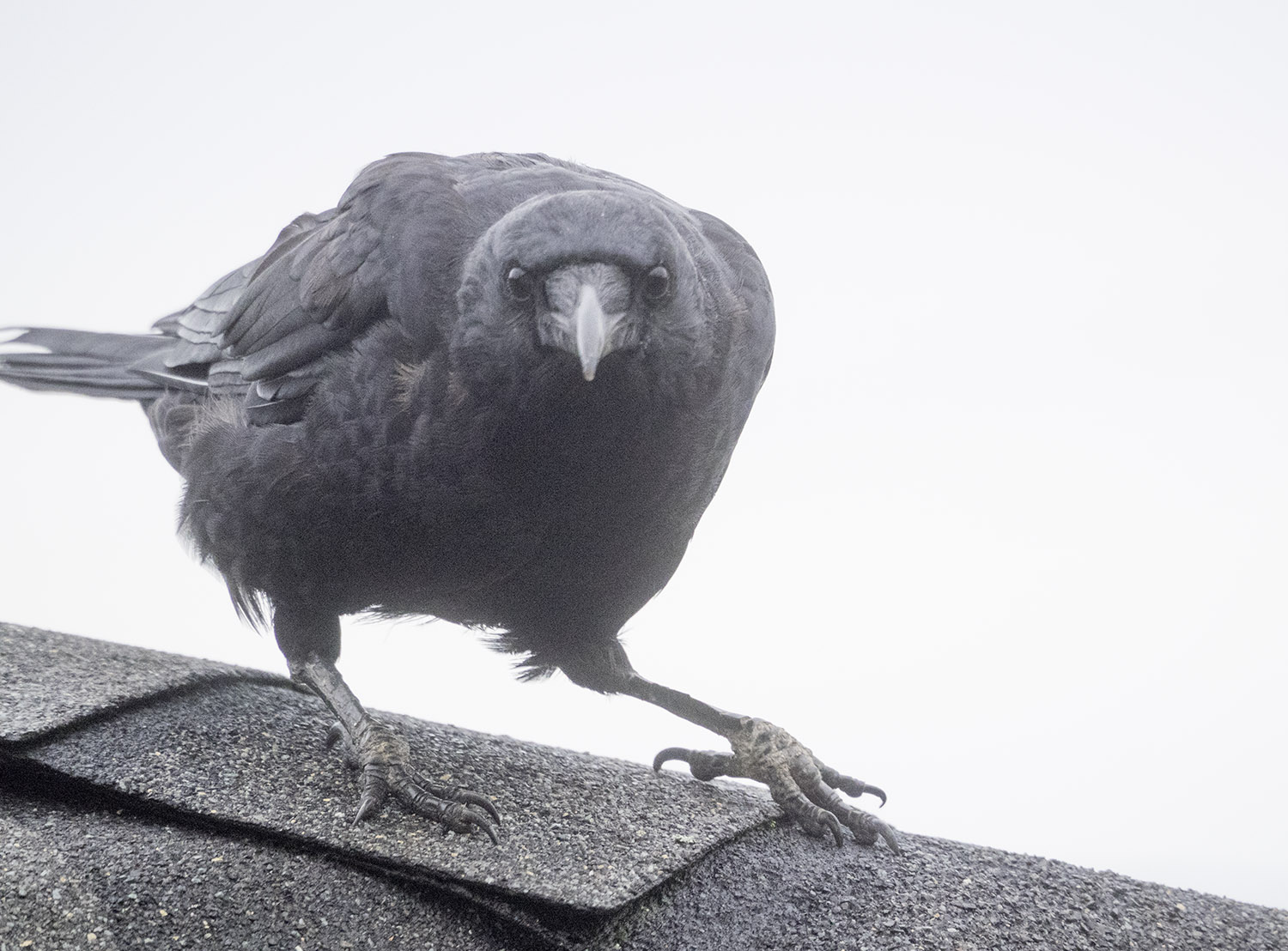 Hank walks with a limp because of a problem with his right foot that he’s had for as long as I’ve known him. Flying is no problem for him, but I can spot him on a roof top from quite a distance because of his distinctive stance, favouring the sore foot. That and his slightly hooked beak.

Hank and Vera have been around since last spring. I wrote about them in an earlier blog, Here’s Hank, charting their failed effort at parenthood last year. I have a feeling that Hank is one of Eric’s offspring. Eric has seemingly ceded our backyard territory to Hank, in favour of a superior nesting spot in the tall poplars at the end of the street. 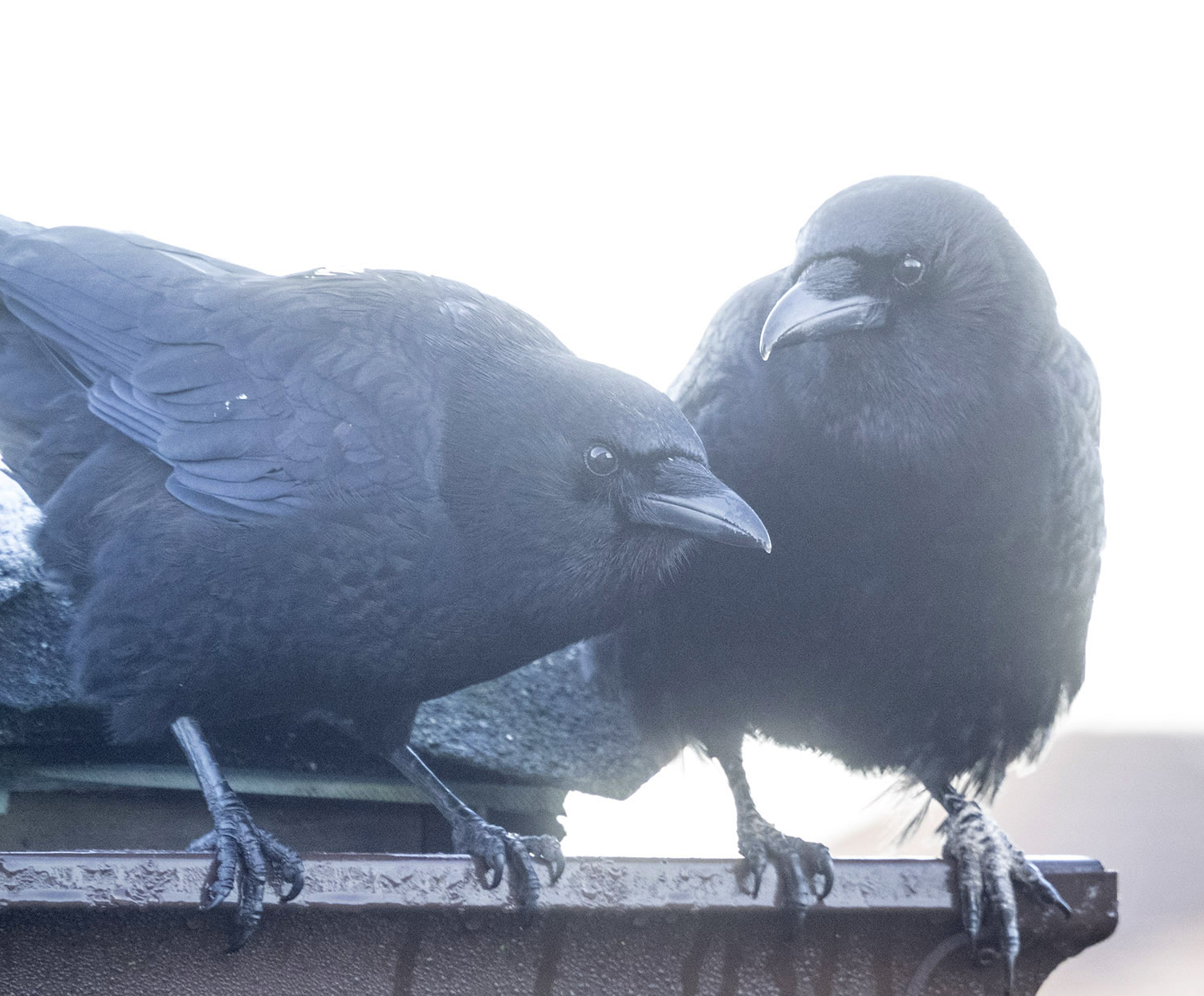 Hank and Vera paying an early morning visit. You can see Hank’s slightly deformed foot on the far right.

Now Hank and Vera and George and Mabel vie for my attentions. The four of them often sit together peaceably on the wires in the alley, but as soon as there are peanuts, it’s game on. The two pairs will never cooperate and share the food. Much ferocious cawing and occasional dive bombing ensue if I put nuts out when both couples are nearby.

We seem to have worked out a more or less harmonious system where Hank and Vera come first thing in the morning. George and Mabel take the later shift, coming later in the morning , and sometimes in the afternoon too, for a last minute snack  before the nightly journey to the Still Creek roost. 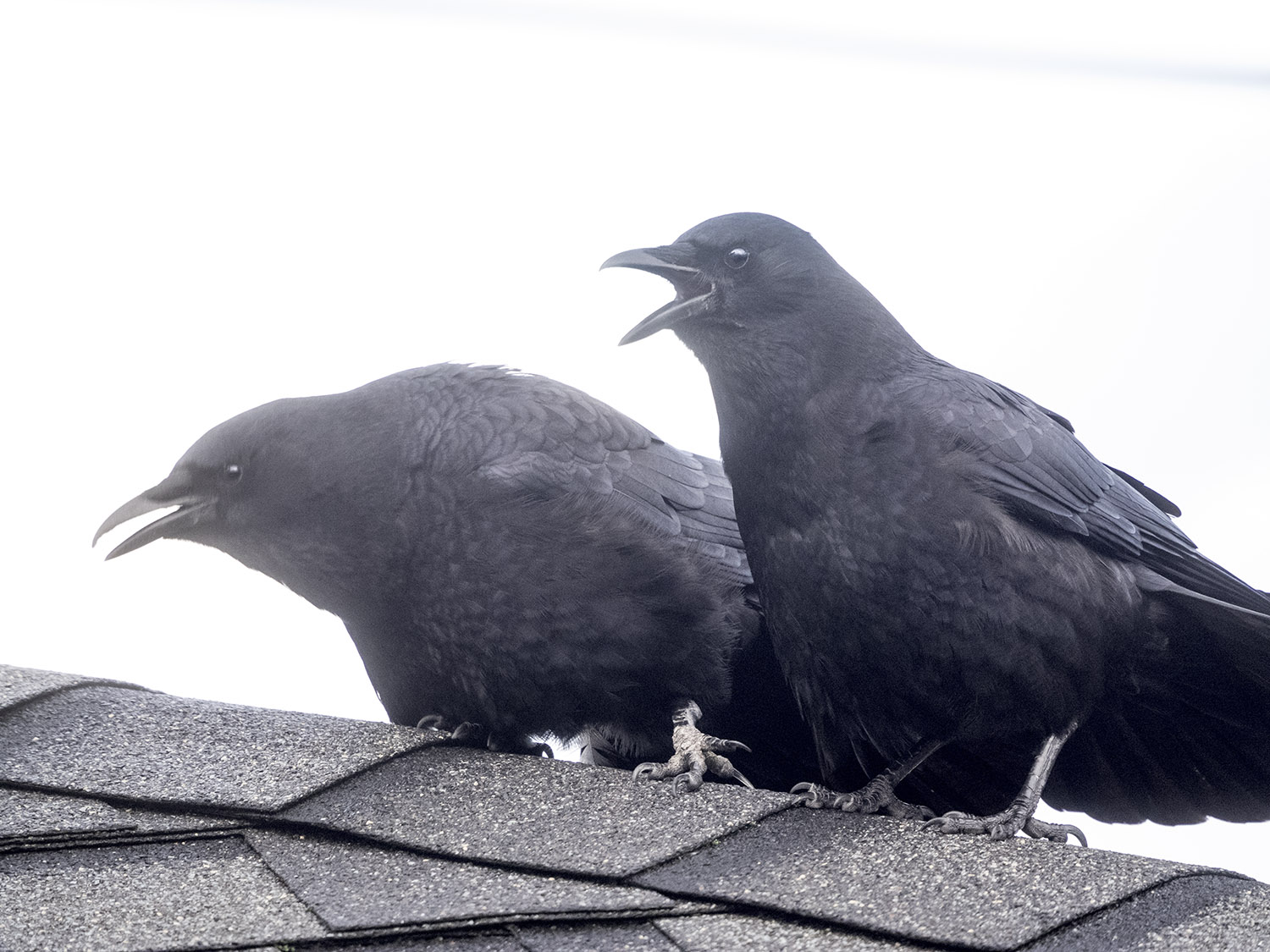 Hank (left) and Vera (right) vociferously stake out their claim to the peanuts.

Most of the time, Hank doesn’t seem too bothered by his foot problem, but when the weather is cold and wet, I sometimes see him standing forlornly on one leg. 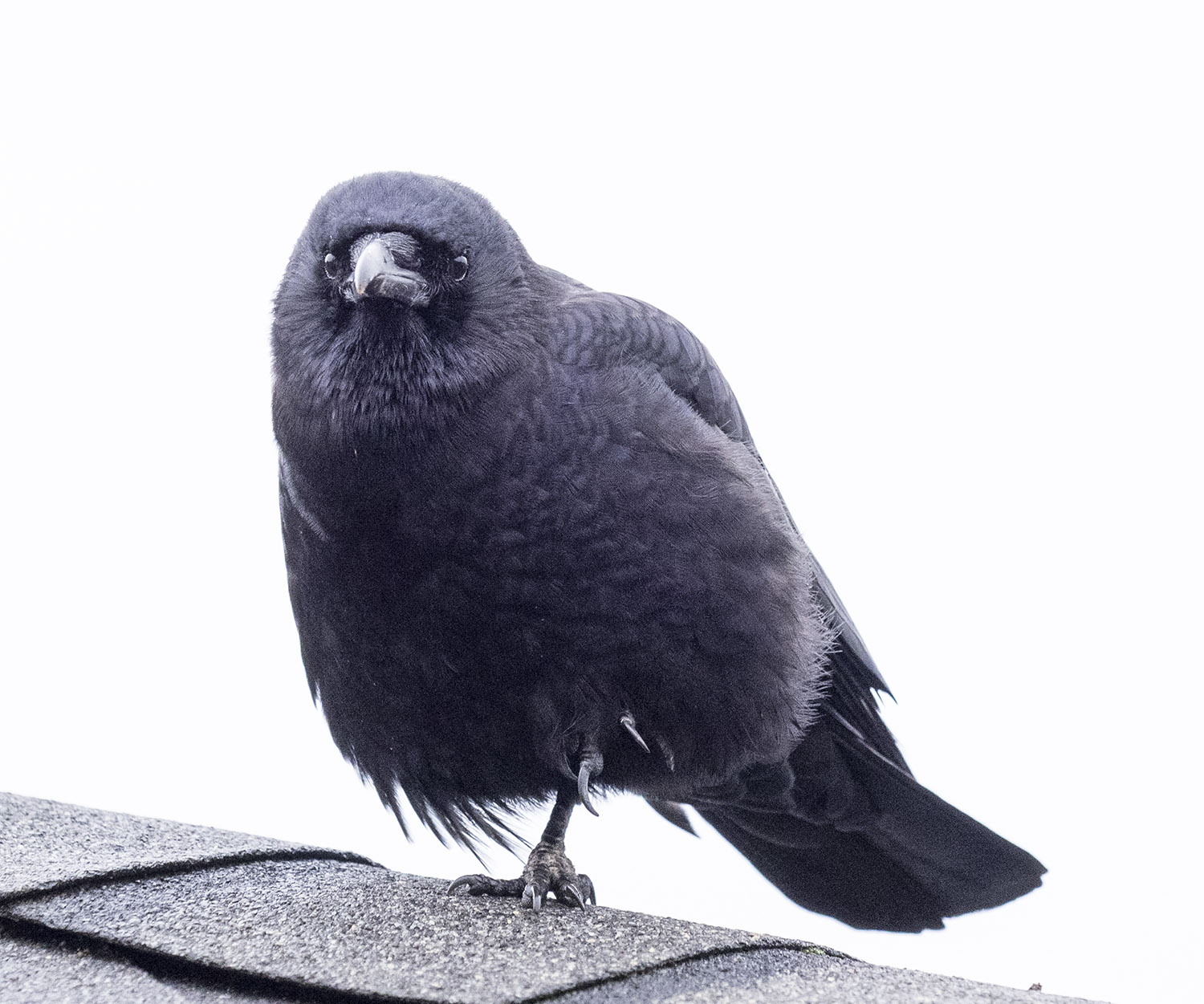 Another one of Hank’s characteristics is that he seems to like to yawn. I don’t know if crows actually do yawn, but he often opens his beak very wide without any sound coming out — so it looks very much like a yawn. 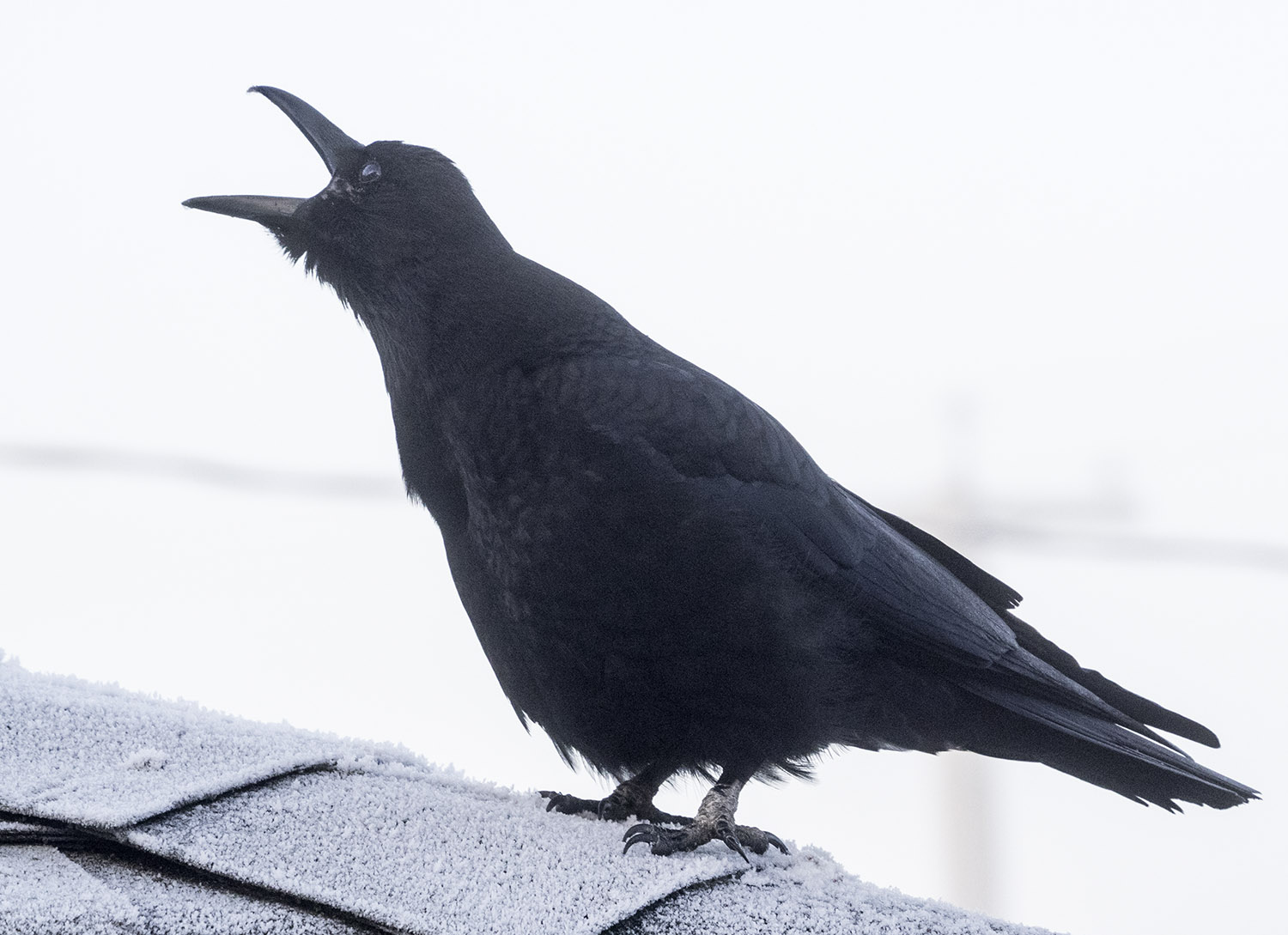 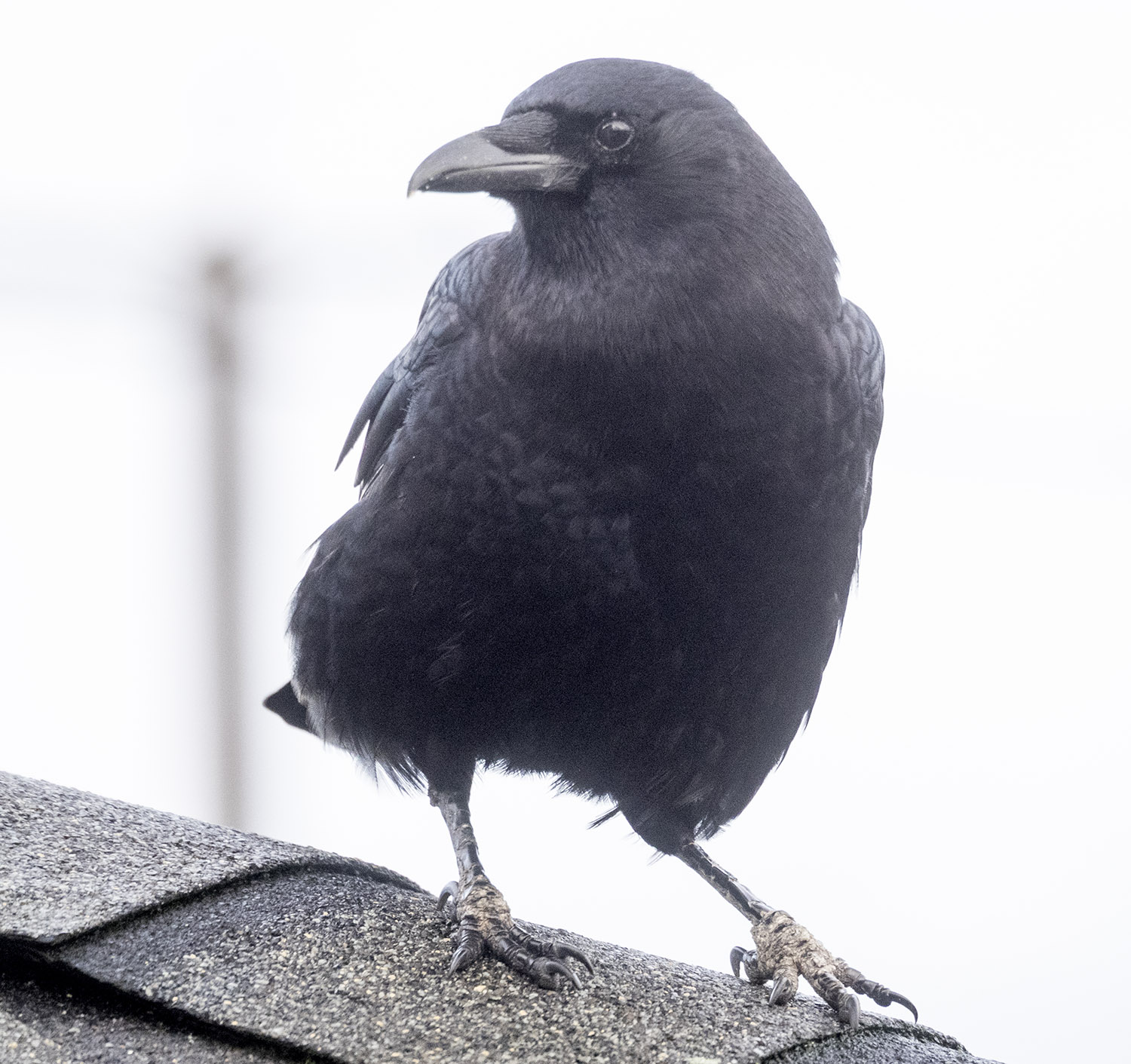 Hank’s limping gait gives him a rather model-like pose. Auditioning for a part in Zoolander 3? 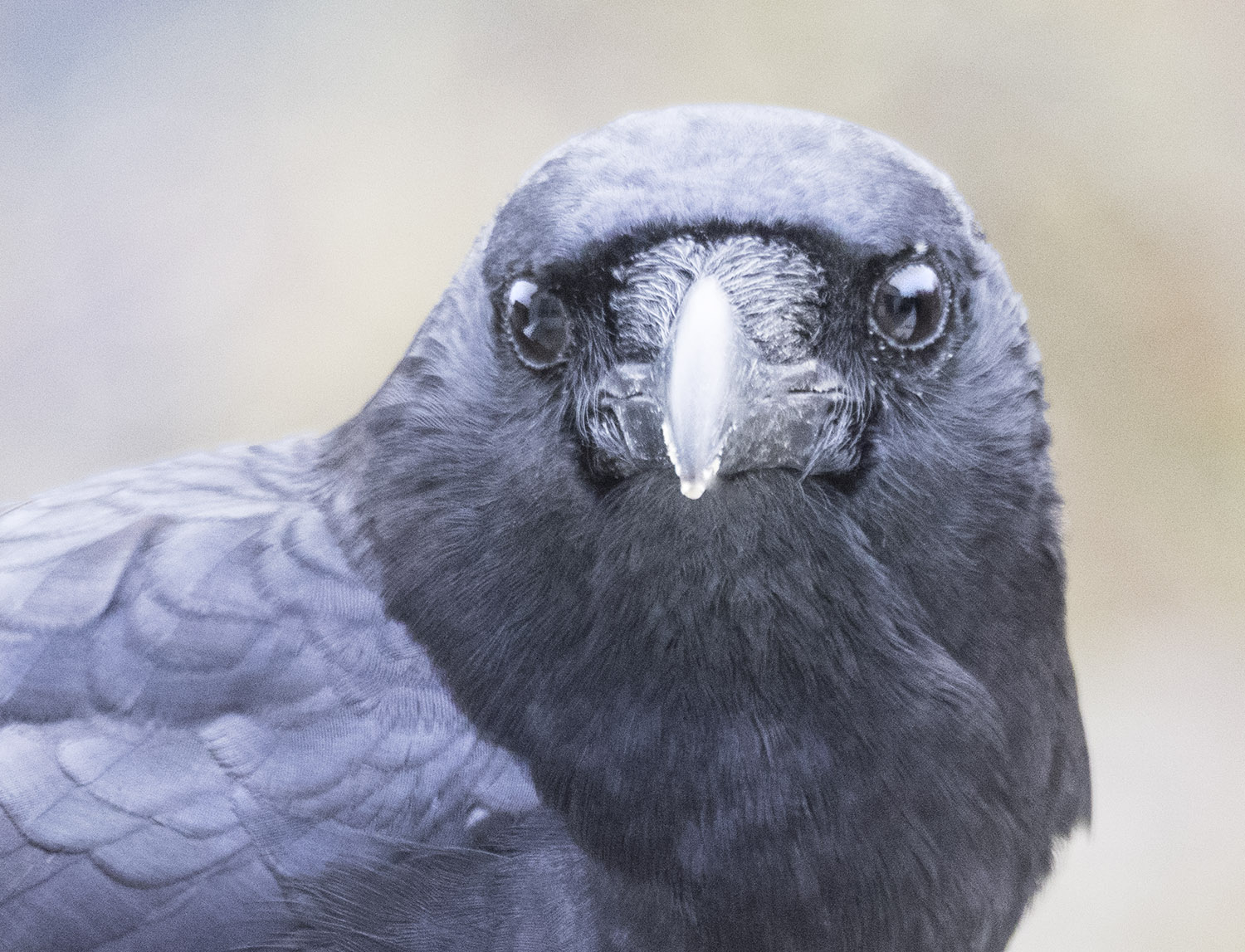 So, this is Hank, as I know him. I’m sure Vera could tell some tales too!

And I’ll be writing another Vera update soon.

And, for those of you wondering about Eric — he’s still fine. I just saw him in the leafless poplar trees, swaying gently in the wind, from my dining room window.