I had planned a rather more joyful one about all the local crow babies, including two belonging to Marvin and Mavis. I have hundreds of photos, and posts will be coming soon, but this morning I am upset.

Every morning, when I’m out walking the dog in the early hours, I see cats in the neighbourhood. Many of them are clearly in hunting mode.

Early today I watched in horror as a cat about half a block ahead of us clawed excitedly at a baby bird on the sidewalk as the fledgling fought to get away. Although I am not one of nature’s runners, I pelted, with Geordie, towards the cat, yelling like a maniac. The cat kept right on toying with the bird until we were a foot away, when it backed off a very short distance. The bird (a juvenile starling, I think) hobbled off into a nearby grapevine. The cat stayed close, waiting for us to leave so he could finish his mission. I stayed there and called Phillip to come from home with a box and towel. The bird clearly had a broken wing, so I tried to capture him for delivery to Wildlife Rescue, but failed, and the bird flapped off into a dense brush area. I spent a long time looking for him, but eventually had to give up, feeling by now that I’d made the poor bird’s fate even worse than if I’d just let the cat get it in the first place. I’m feeling very sad and guilty about that.

But I also feel angry.

It’s upsetting when an eagle gets a baby crow, or a crow snatches a baby robin, but I know they’re just doing it to feed themselves and their family. A cat killing a bird is not a legitimate part of this circle of life and death. A cat will not cleanly kill a bird to eat it — it will maximize the entertainment by playing with it first. The cat is not hungry. It’s a pet, fed and pampered at home and is out killing wildlife recreationally.

I know this sounds hard, but it’s the truth.

I love cats. Cats are wonderful, and anyone who knows me knows I adore our cat, Edgar. 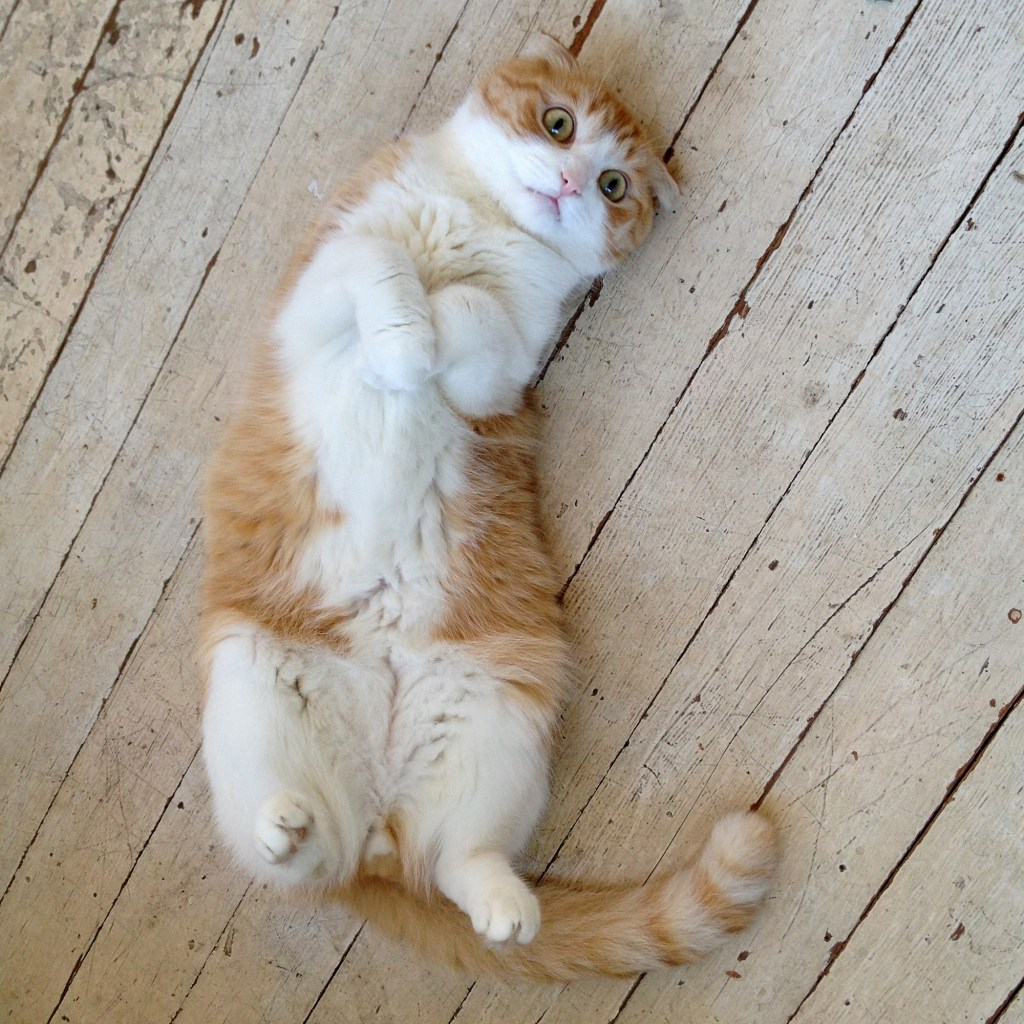 Many cat owners contend that their particular pet is too gentle, too lazy, or too old to be a hunter of birds. You may tell yourself that, but I present our aforementioned genteel Edgar as proof to the contrary. Although he’s an indoor cat, Edgar is allowed onto our back deck, under supervision, where he usually lays in the sun, keeping out of trouble except for the occasional verbal exchange with the crows.

One day, however, he accidentally got left out there for a couple of hours by himself and by the time we figured out where he was, I found him sitting, looking pleased with himself, beside a beautiful, but very dead, juvenile yellow warbler. Clearly the baby bird had landed near him on the deck and nature just kicked in. Not Edgar’s fault. Mine for leaving him out there and allowing it to happen.

Thirty years ago we had another cat; Elvis. At that point, we hadn’t realized the perils for both cat and wildlife, and allowed him to be an outdoor cat. Some vivid memories of Elvis: the time he brought a live pigeon into the house when I was home alone with a newborn and a two year old; the time he got sliced open by a raccoon and cost us several mortgage payments to have him sewn up again; the sad day we found him dead in a neighbour’s garden, having drunk anti-freeze that someone allowed to drain into the gutter.

Elvis lived outdoors, and to my regret, probably killed hundreds of birds, as well as suffering through, and finally dying from, his neighbourhood adventures. I will never have an outdoor cat again.