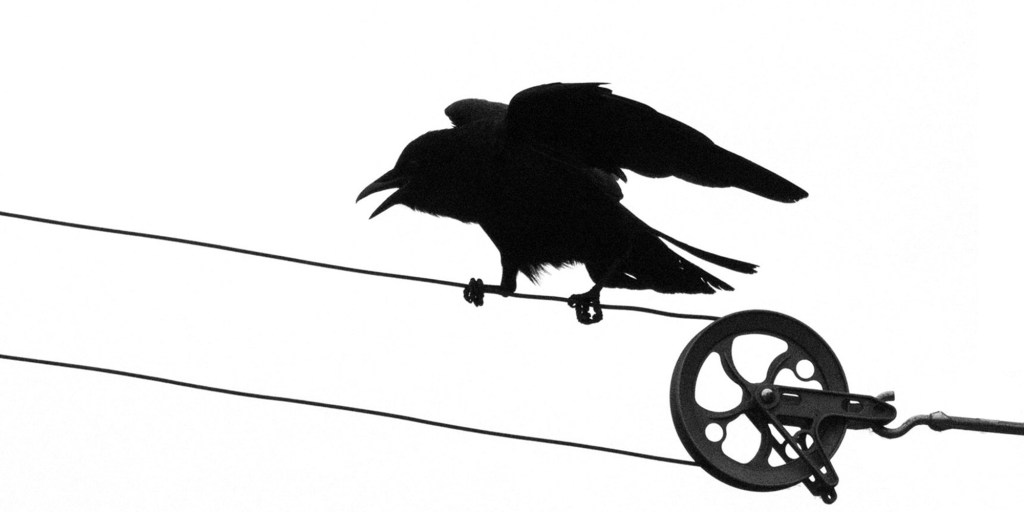 I’ve been thinking a  lot about crow calls after being obliged to make my own rather terrible approximation of one last week — on CBC radio no less! I made an attempt at the most common of crow calls — your basic “caw!”

There are, of course, many more linguistic arrows in the corvid quiver — from their lovely gentle “rattle” to the sharp barking alarm call warning of eagles or other aerial danger.

I’ve written quite a few posts about the amazing language of ravens, but crows have some expressive surprises up their feathery sleeves as well.

In fact, just yesterday I heard one of the local crows making a new call.
It sounded rather like “boing,” but I think it may have been a crow version of the beeping sound of a reversing truck. Due to the huge amount of construction our neighbourhood has seen over the past three years, this noise may have been an influential soundscape element for this crow’s formative years!

This next crow lives near some urban backyard chickens and I think I detect a bit of a clucking overtone to their caw.

So, if there is ever another occasion when I’m asked to do a crow impersonation, maybe I’ll go for one of these!

You may also enjoy: