It seems to have been an especially long wait this year. This, for example,  was my studio yesterday morning.

In case you’ve been wondering why I’ve been so quiet these past few weeks it’s not, unfortunately, because I’m on a tropical beach somewhere. For most 2019 thus far you could find me in my living room, wrapped in a quilt and reading a large pile of books or watching Netflix. Not that you would want to find me — a Gollum-like coughing, sneezing and whinging creature.

If you read my New Year’s Eve blog, you know that cold/cough number one came as a Christmas gift and lingered over New Year and into early January.

For a couple of weeks later in January, things were looking up.

It was faux spring (better known as Fool’s Spring.) Flowers were blooming in the garden and I felt much better. “Ha, this winter’s going to be a doddle,” I may have thought to myself in a moment of jaunty optimism. 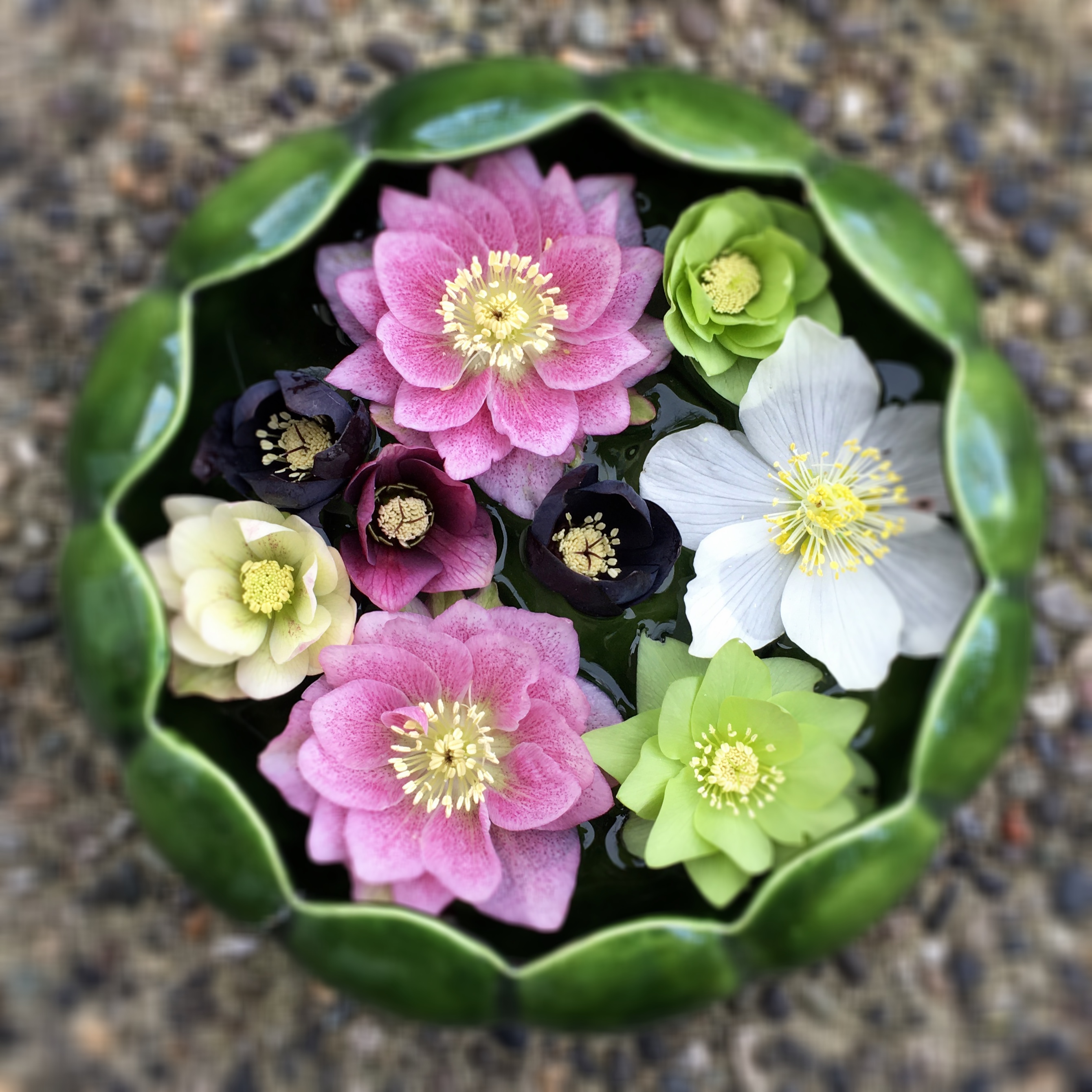 This is why it’s called Fool’s Spring. 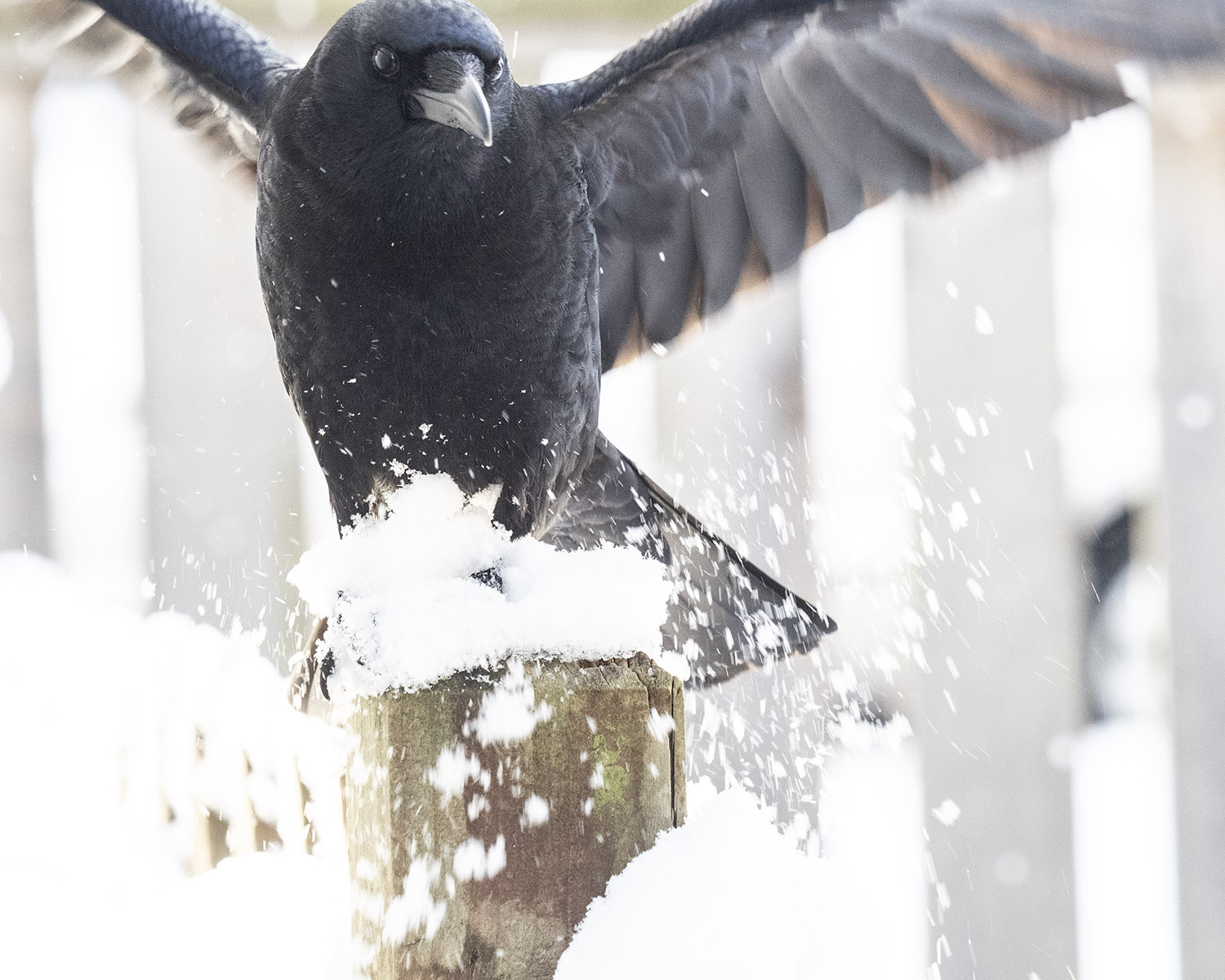 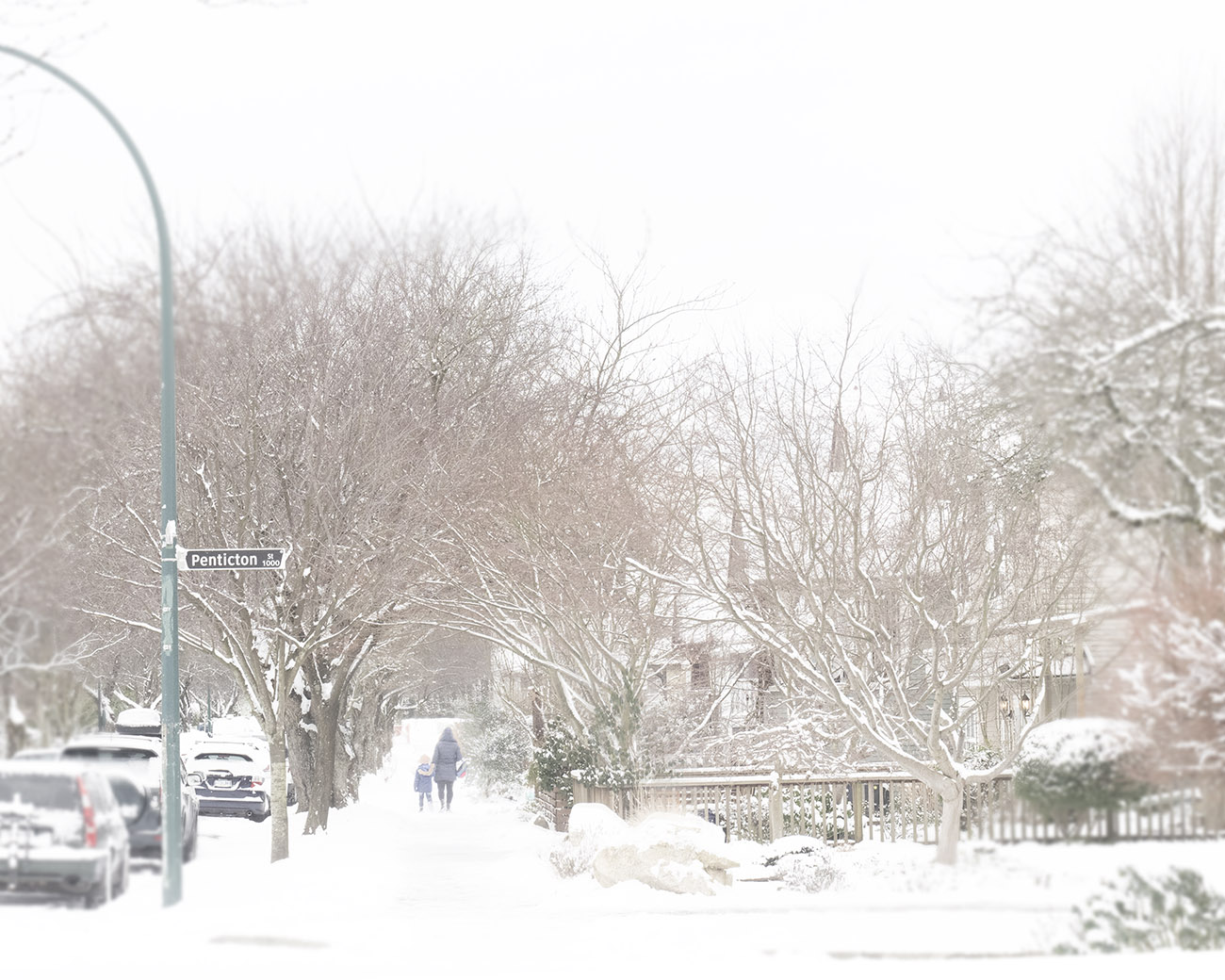 The February snow arrived in drifts, burying any upstart flowers.

Along with the snow came the second, even worse, version of the dreaded lurgy. With maximum inconvenience, it struck the evening before my Valentine’s Day studio sale. My husband was even sicker than me, so it fell to my lovely and competent kids to run the show.

For part of February I was too sick to do anything at all. Since lying down made me cough more, I spent hours watching the BBC’s gardening guru, Monty Don, helping people to transform their rubble-filled backyards into replicas of the gardens at Versailles. We also toured the gardens of Italy together, which was very nice. 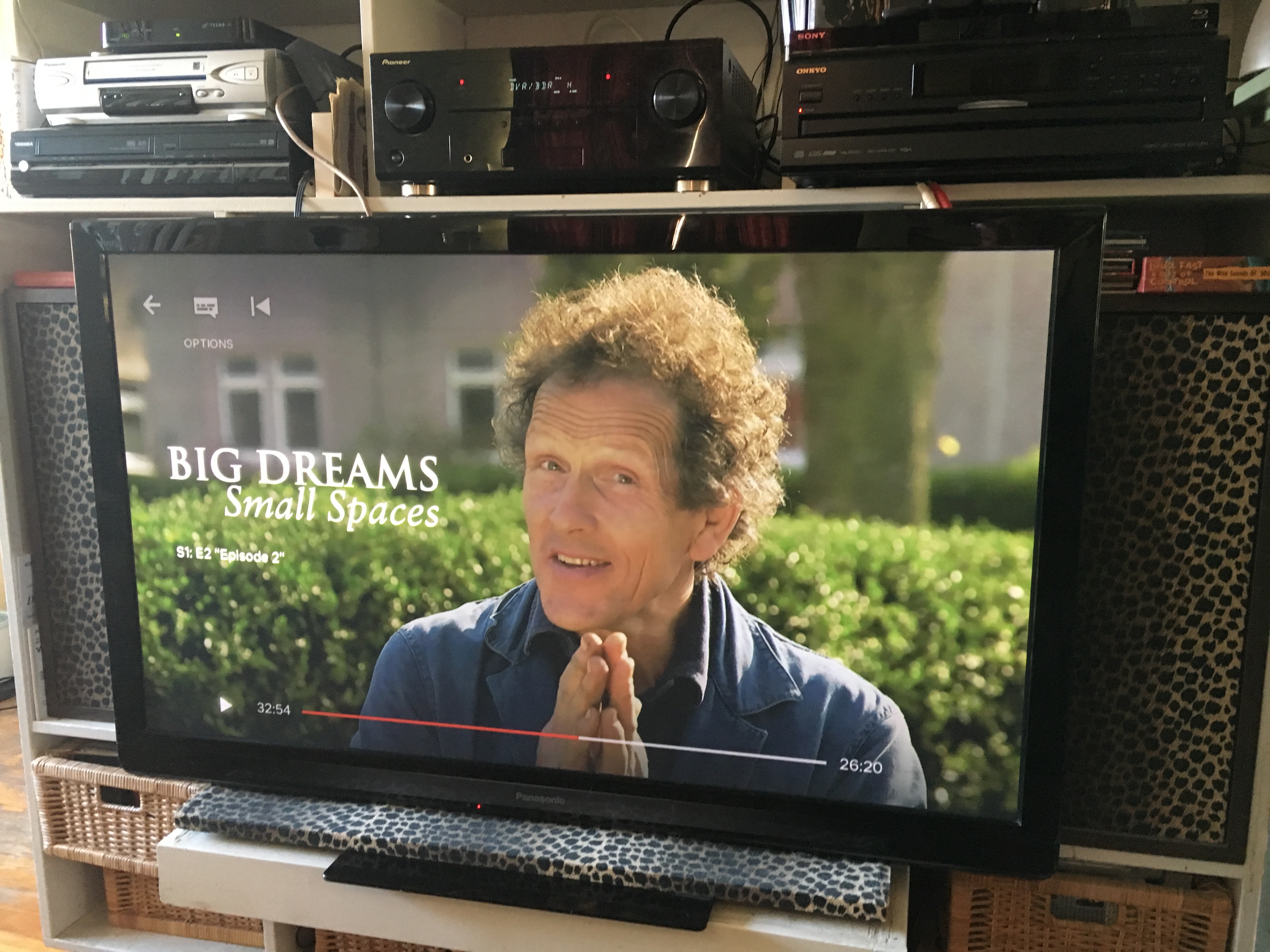 In between Netflix, I read a lot of books, mostly novels. 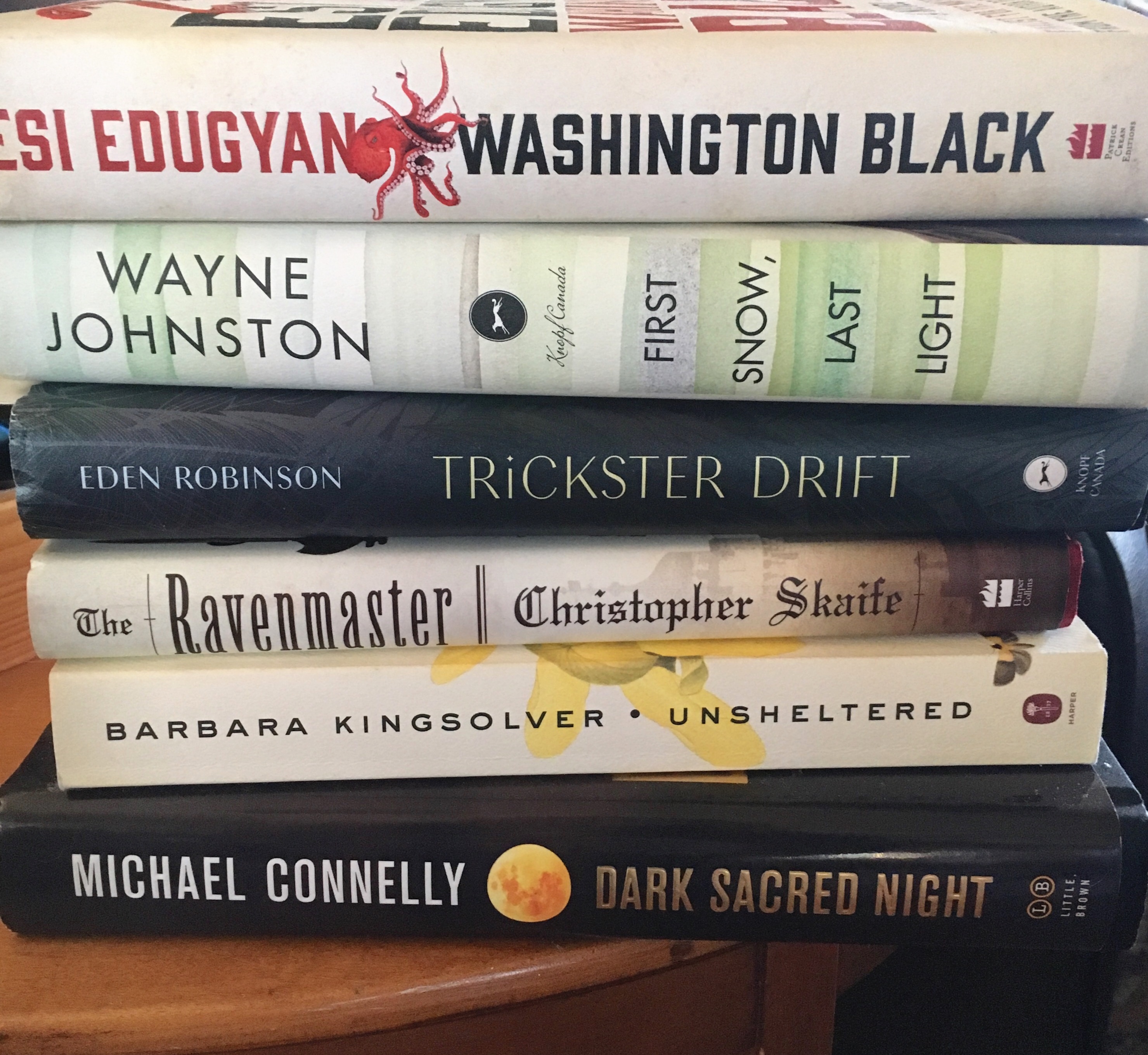 When the Christmas book bonanza ran out, I started downloading the Inspector Gamache mysteries to my iPad. They’re set in rural Quebec and I’ve been enjoying them, but after binge reading four in a row, it might be time for a change. 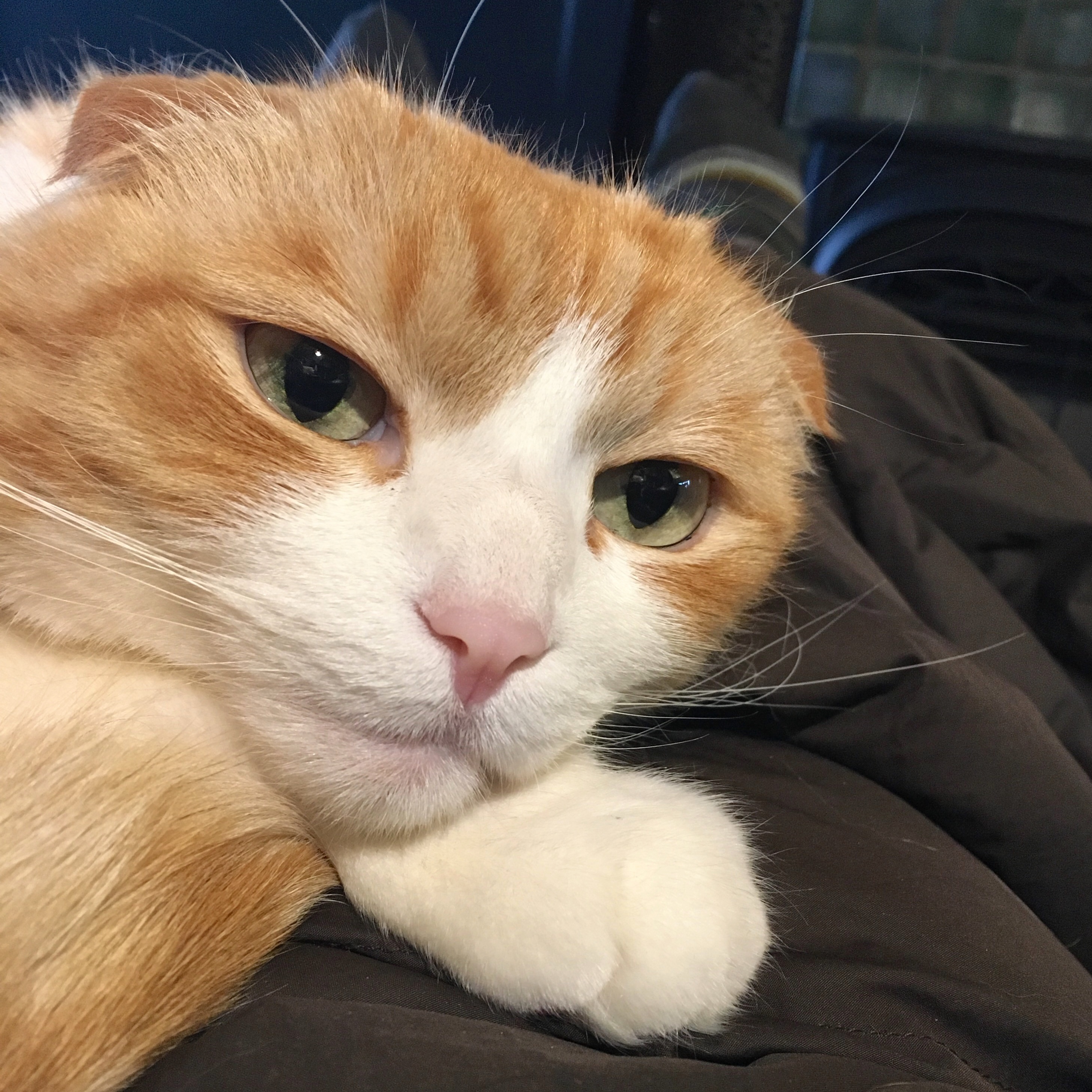 A bonus to being sick was that Edgar, at 9 years old, has finally condescended to sit on my lap. He’s been lap-phobic since we’ve had him, but suddenly this winter, perhaps because I was generally covered in a camouflaging quilt and immobile for days on end,  he decided to throw caution to the wind. We both love this new arrangement.

I’ve mostly stopped coughing now, but I have the speaking voice of  a chipmunk and about 40% of my usual energy.

On most days recently I’ve been able to get out for short walks with the dog. They’re slow walks but I’m at least able to see glimpses of the real world and keep up with the latest in the crow-munity. 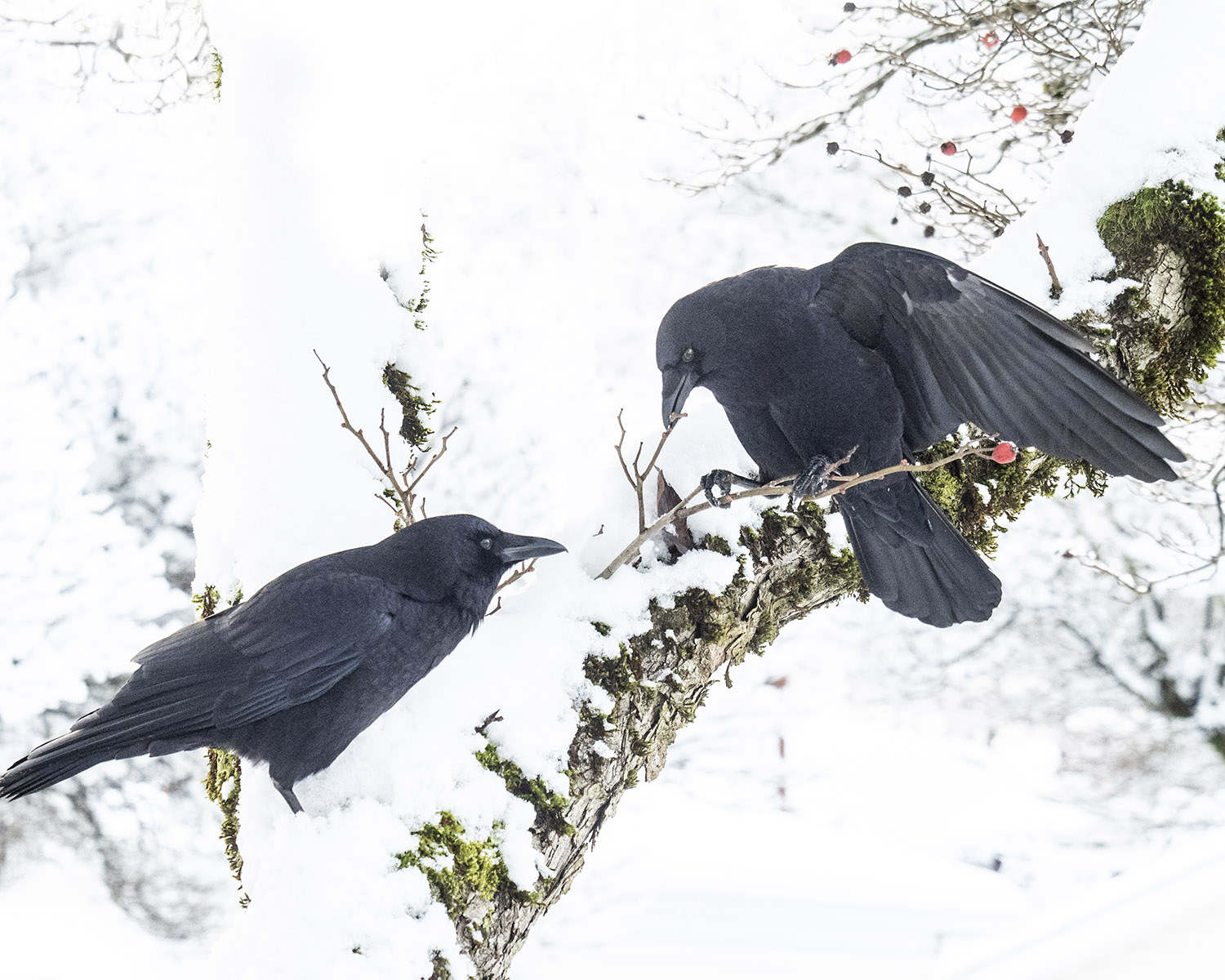 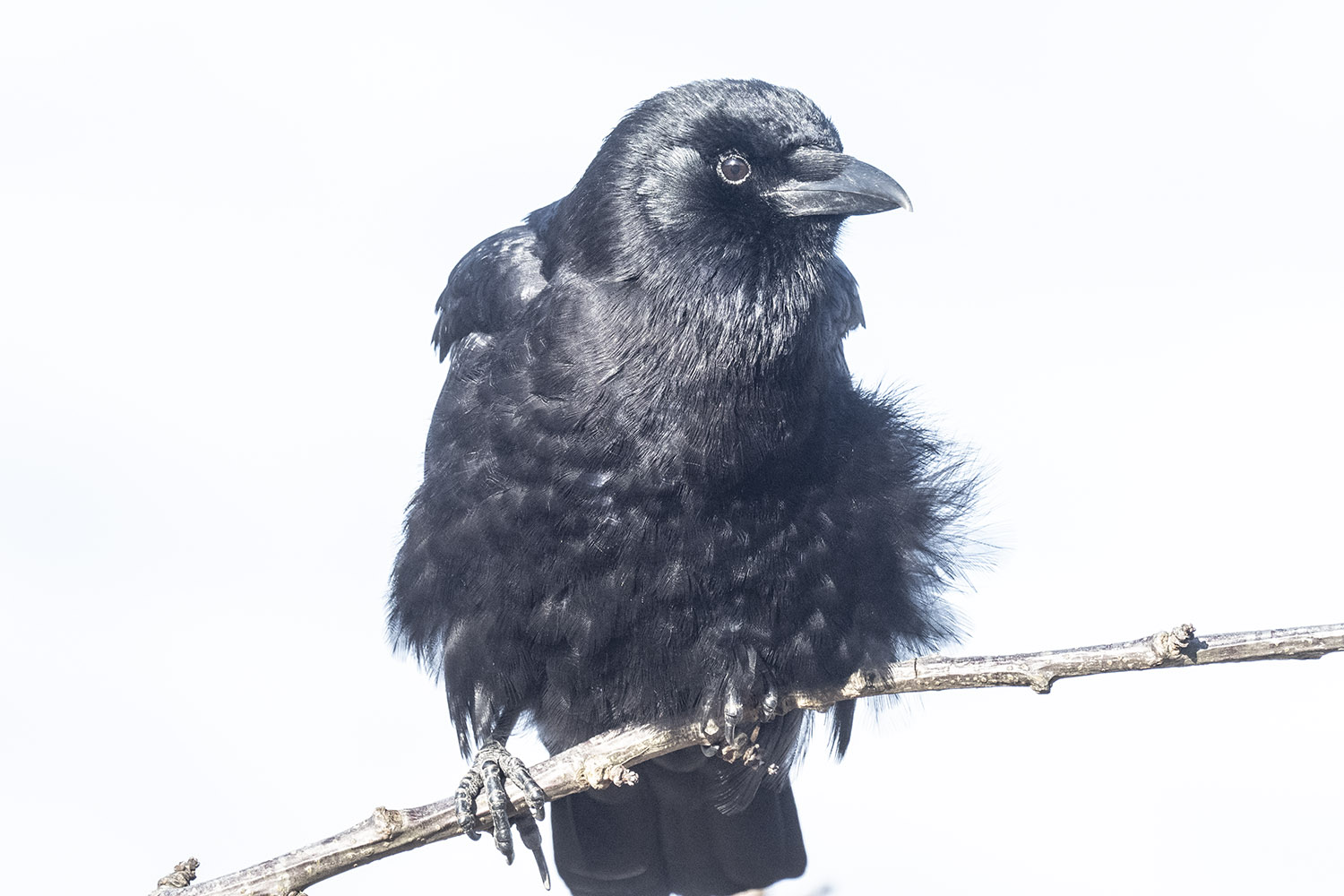 Still winter woolly weather out there.

From the weather forecast, and from signs I’ve seen on my walks, it seems as if spring (or at least a second Fool’s Spring) is just around the corner. I’m hoping that it will bring with it some more energy for me,  and a few touches of colour in the landscape.

18 thoughts on “Waiting for Spring”