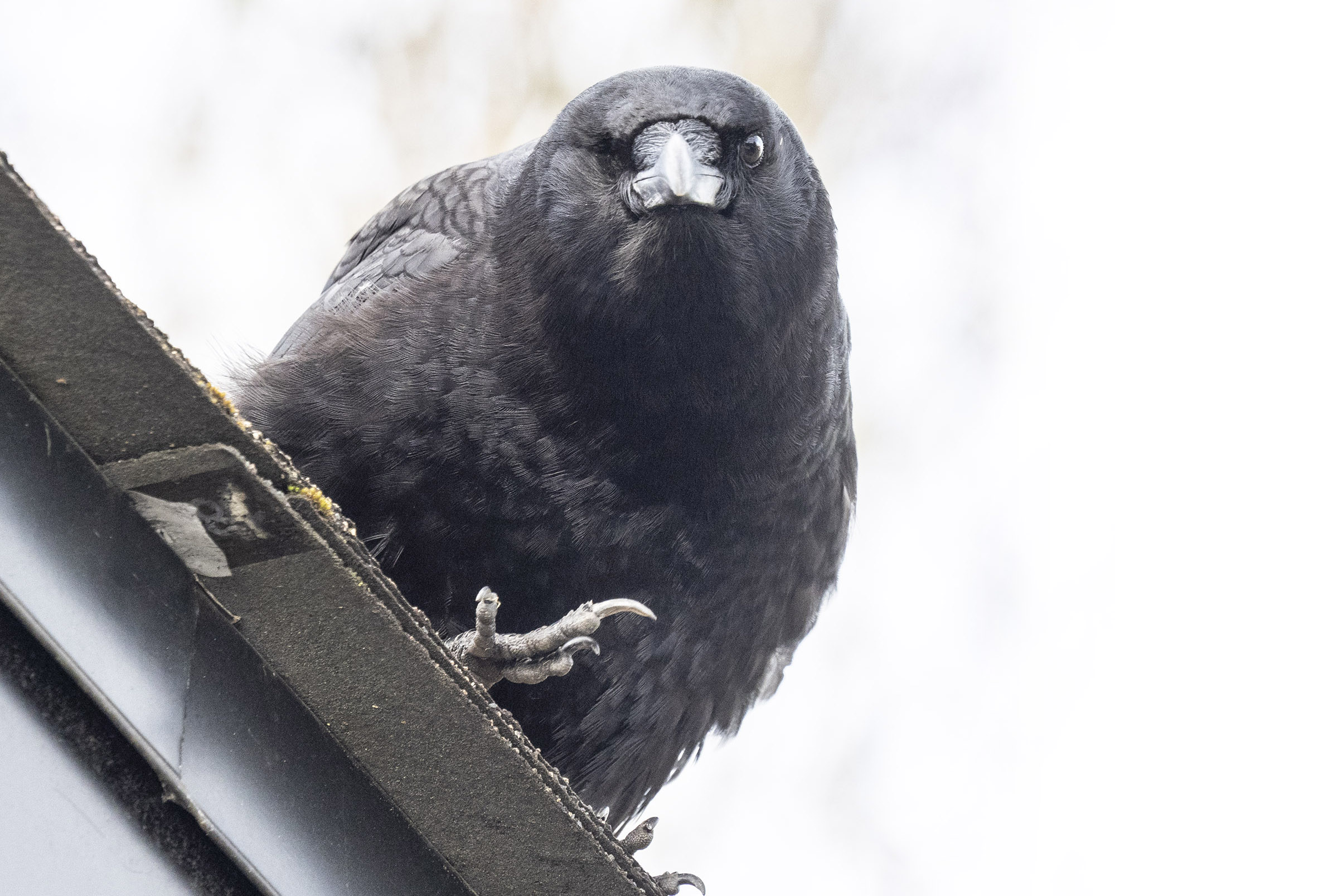 Mabel and I go back a long way.

When I first met her, she and George were a couple, and they visited my garden several times a day … for years. I wrote about them a lot in earlier blogs: their love story, their very tough year, the time that George was missing and, finally when George flew off to that great Crow Roost in the Sky. 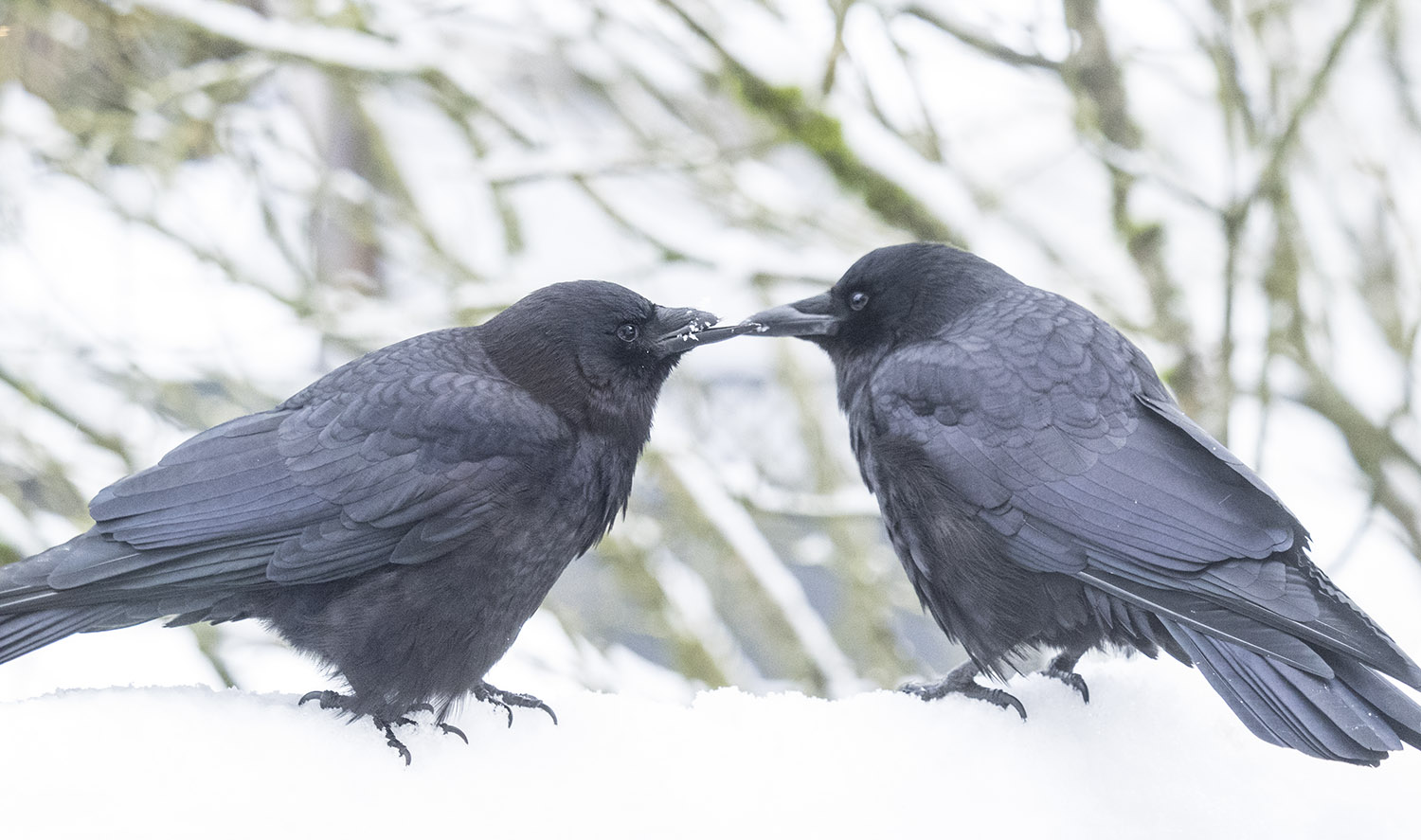 Mabel never did return to our garden after the summer that George died. I’d still see her every day, as she took up residence at the other end of the street where I’d pass her often and exchange pleasantries (and peanuts) on dog walks. The fledgling she and George had that last summer stuck around for a while, then she seemed to be alone for a bit.

Mabel isn’t a classic beauty. If she cared about such things (which I’m sure she doesn’t) she’d always insist on having her photo taken from the right — her “good” side. From this angle, she looks perfectly hale and healthy. From the left you can see her bad eye, which started to look a bit “wonky” a couple of years ago. She’s also got one very elongated claw, which she’s showing off in the photo at the top of this blog post. 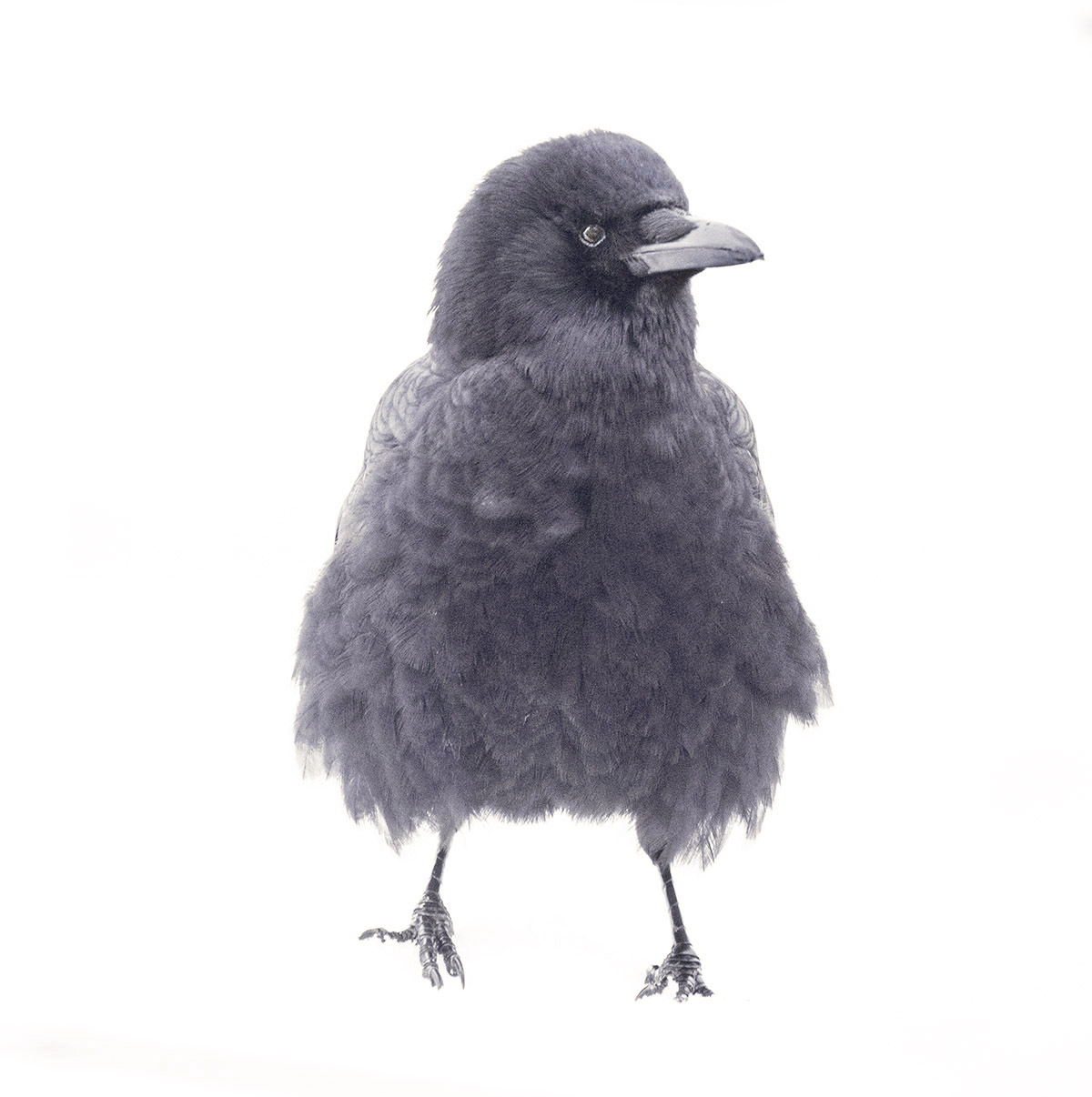 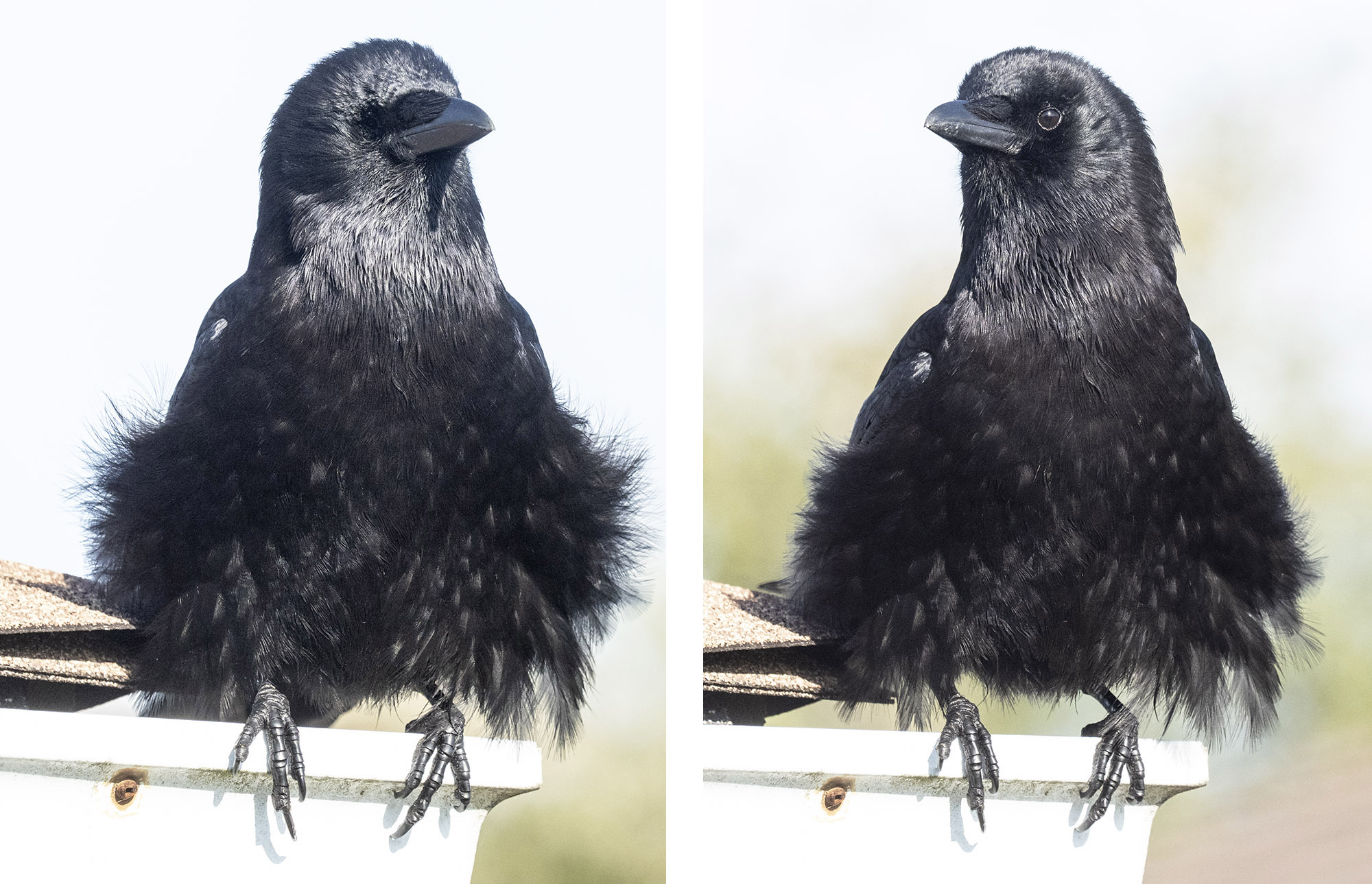 Mabel is one tough cookie. Although she almost looks blind on that one side, somehow she manages, just as George did with his broken beak. She must be able to see out of that eye a little bit as she never, ever misses a dropped peanut and is ALWAYS first to get to it. 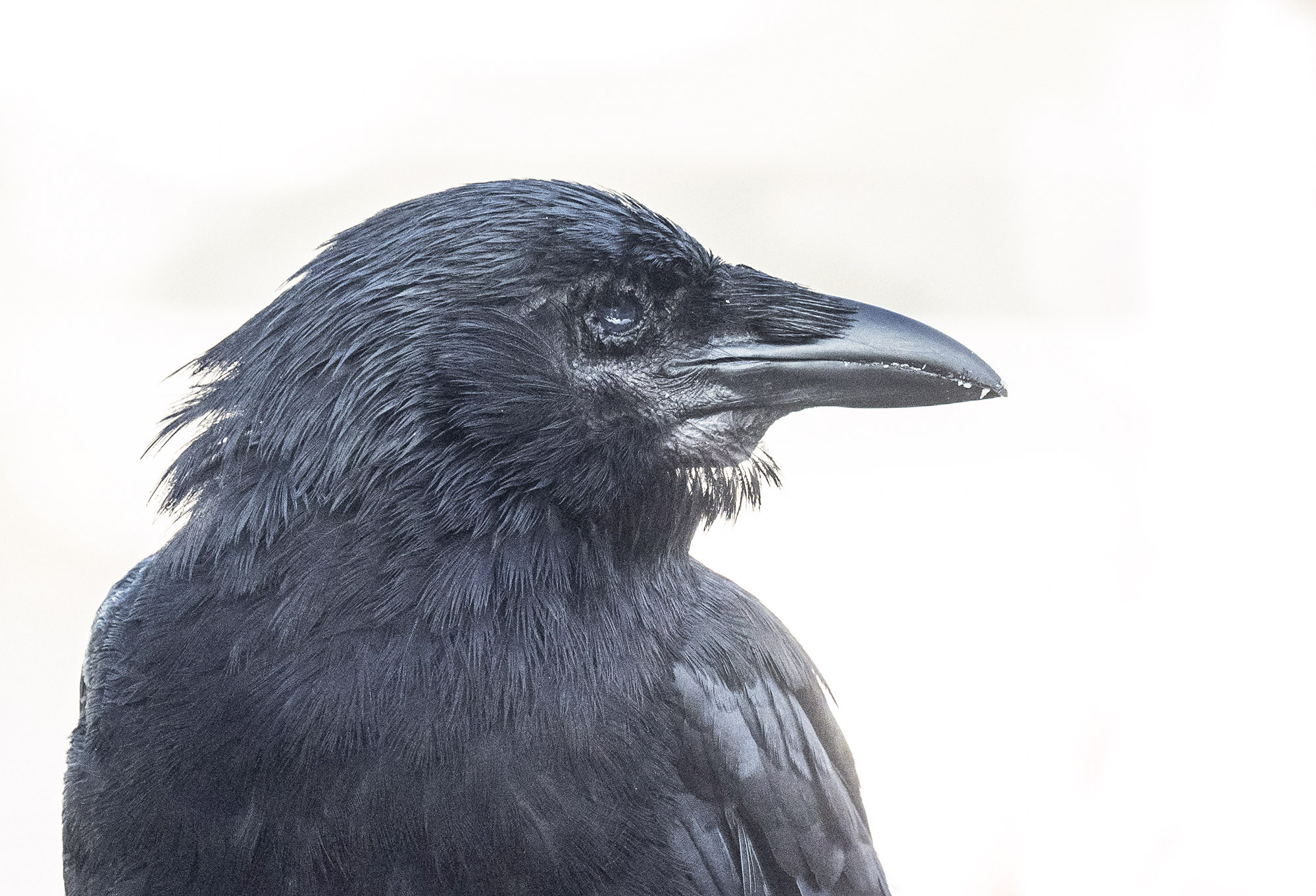 In Spring 2018 she built a nest with a new partner. They didn’t have any surviving babies that year, but she and Gus persisted.

This spring, 2019, was a very tough one for prospective crow parents around here. Marvin and Mavis, Mr. and Ms. Pants,  Eric and Clara, White Wing and her mate — they all built nests and tended them diligently for months. I think the bald eagle family in the neighbourhood may have had something to do with the fact that none of them had any surviving fledglings by July.

Mabel and Gus, however — they hit the jackpot!

As of this morning they still have three surviving fledglings. There are days (quite a few of them) when it looks as if Mabel could use some baby sitting help from all those footloose, fledgling-free, parents out there. 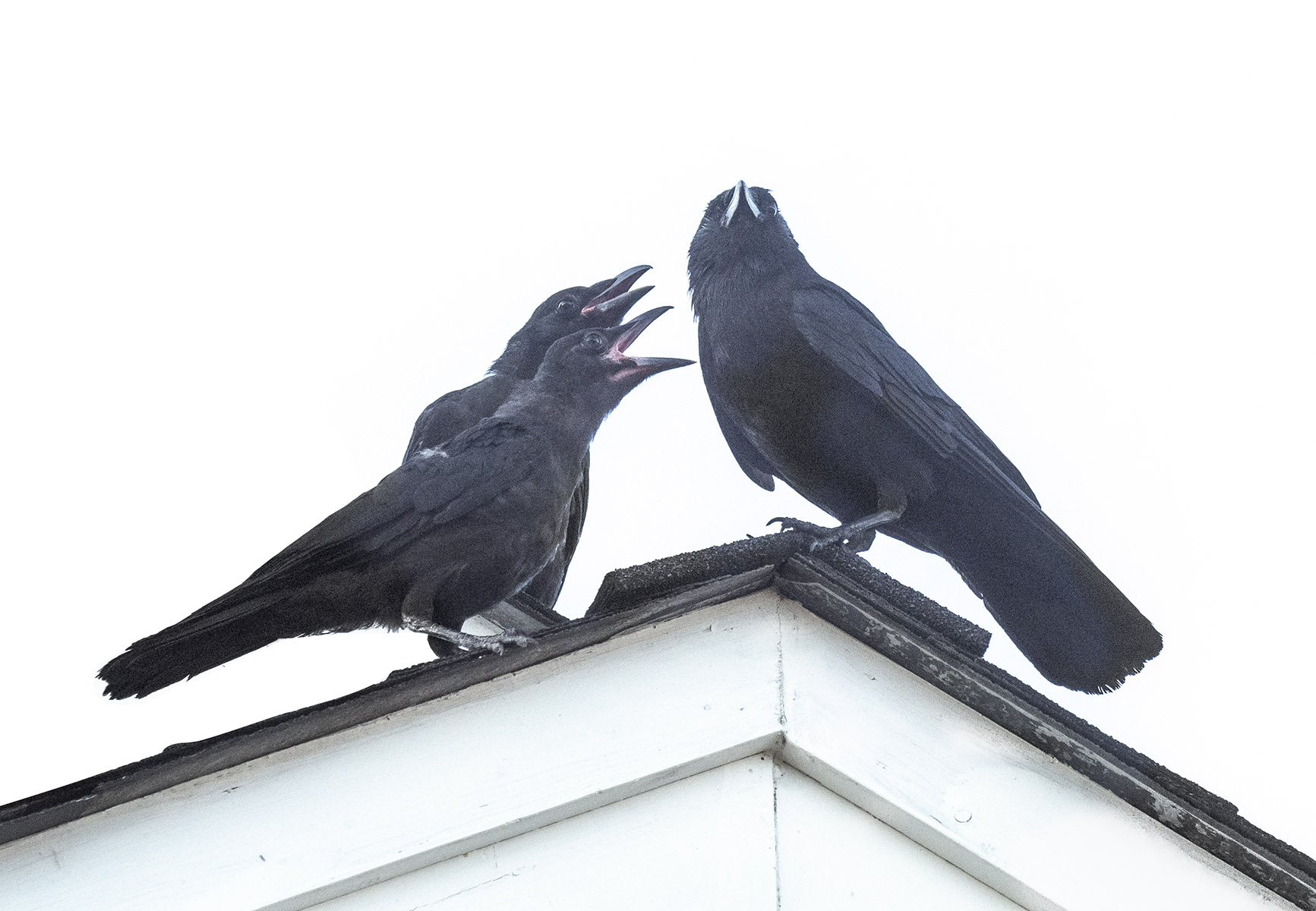 So far, no childcare offers from the other crows. Luckily Gus is an active partner in the endless care and feeding process. 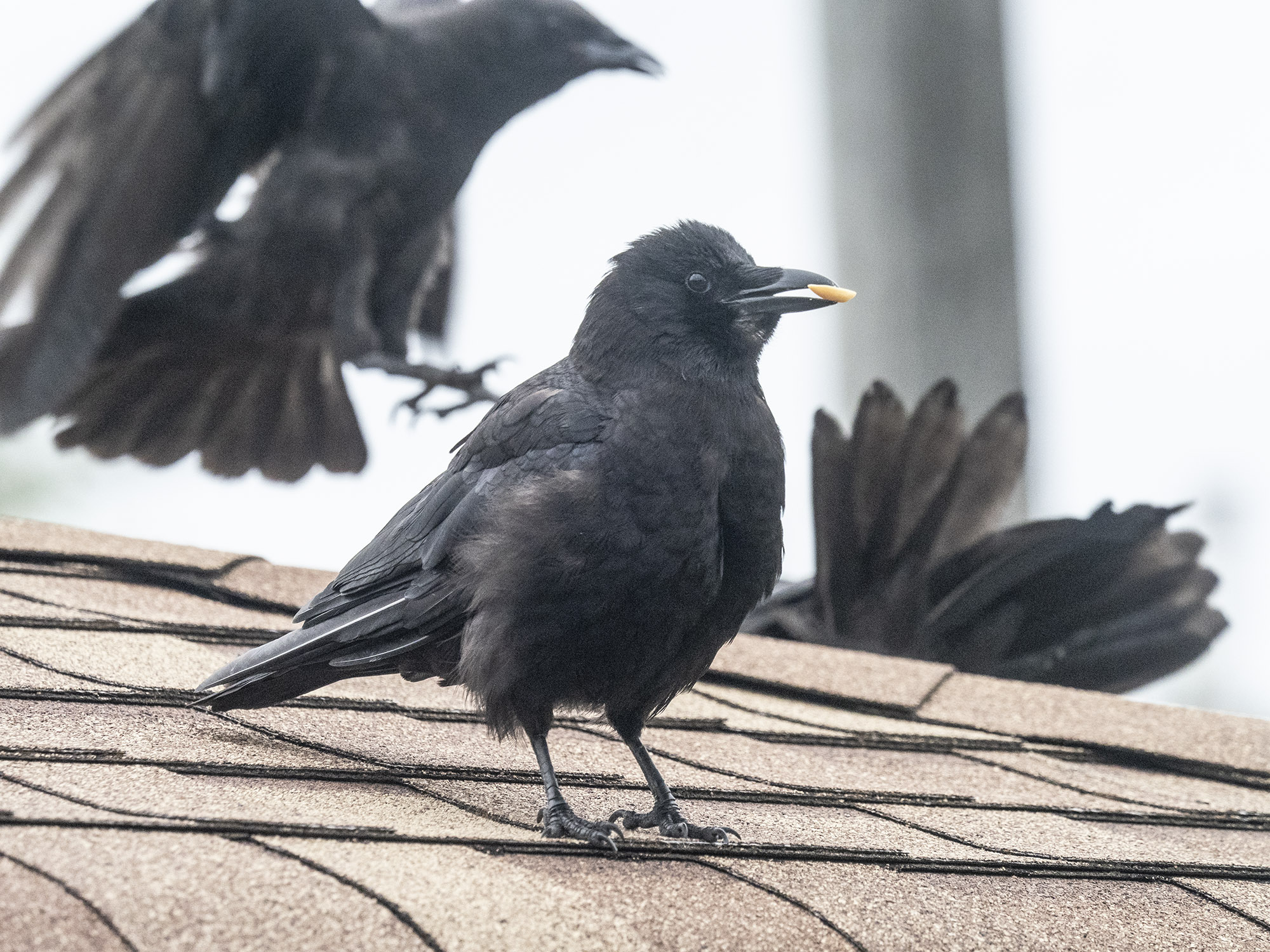 Stiff fledgling competition for that one half a peanut. 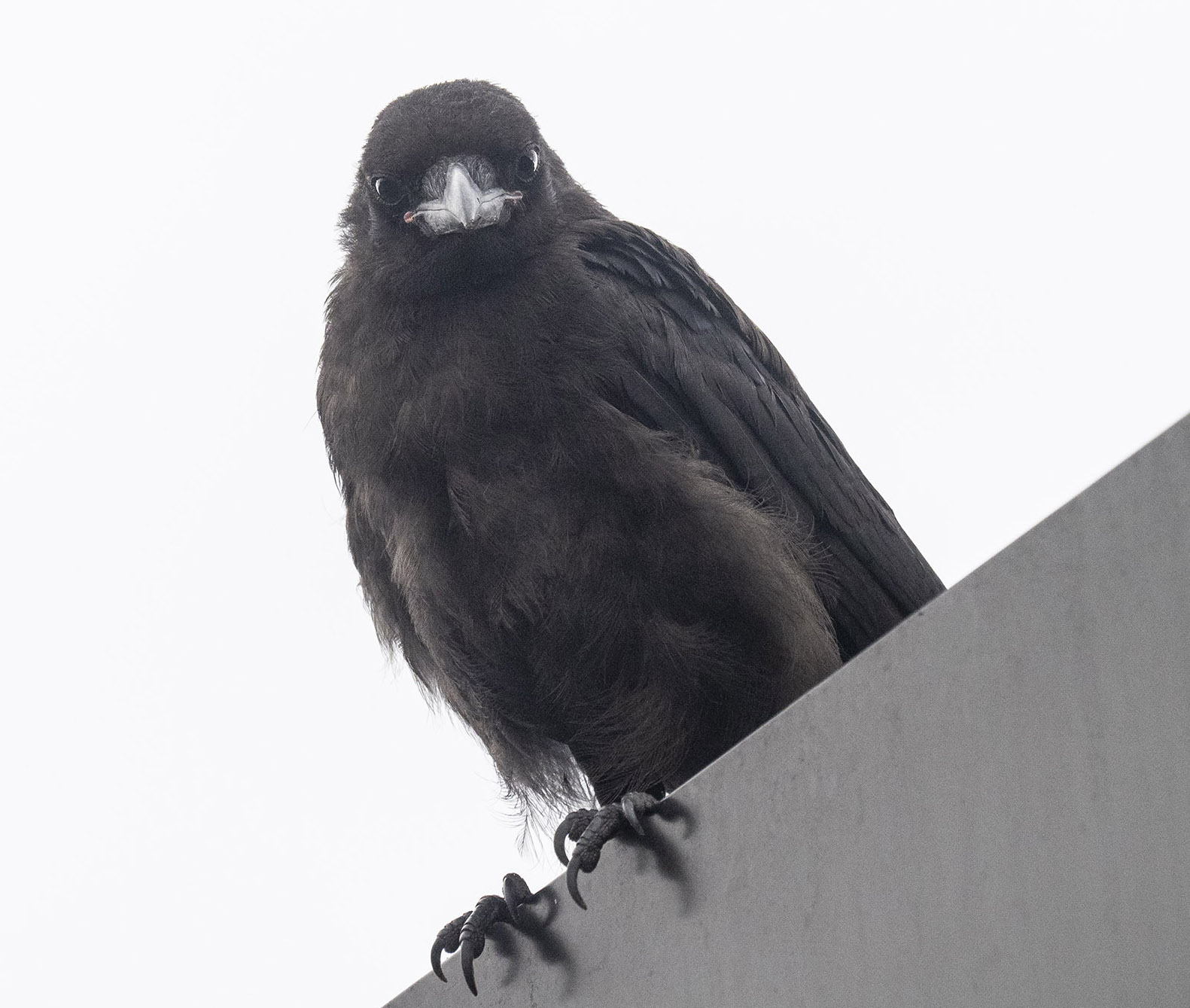 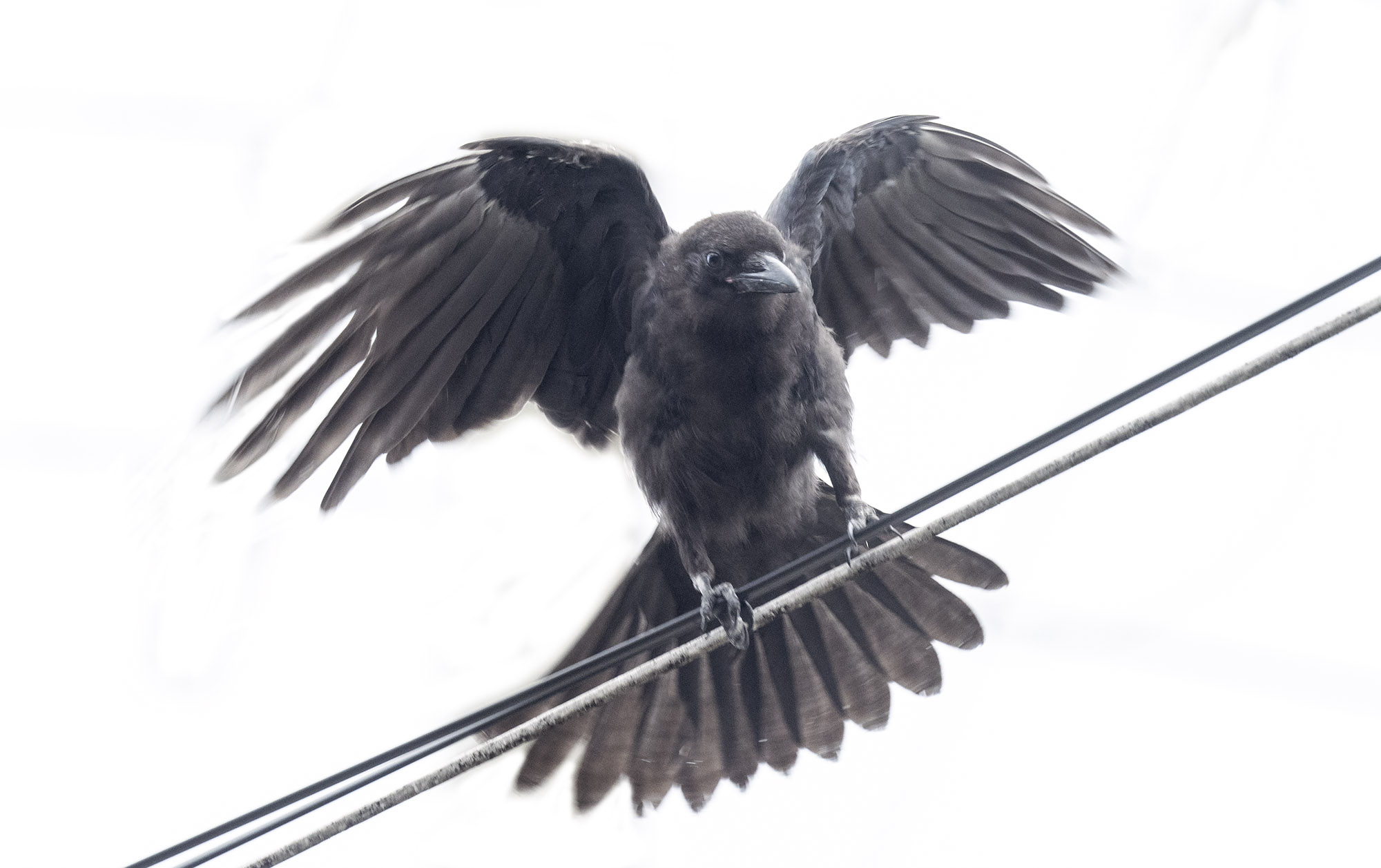 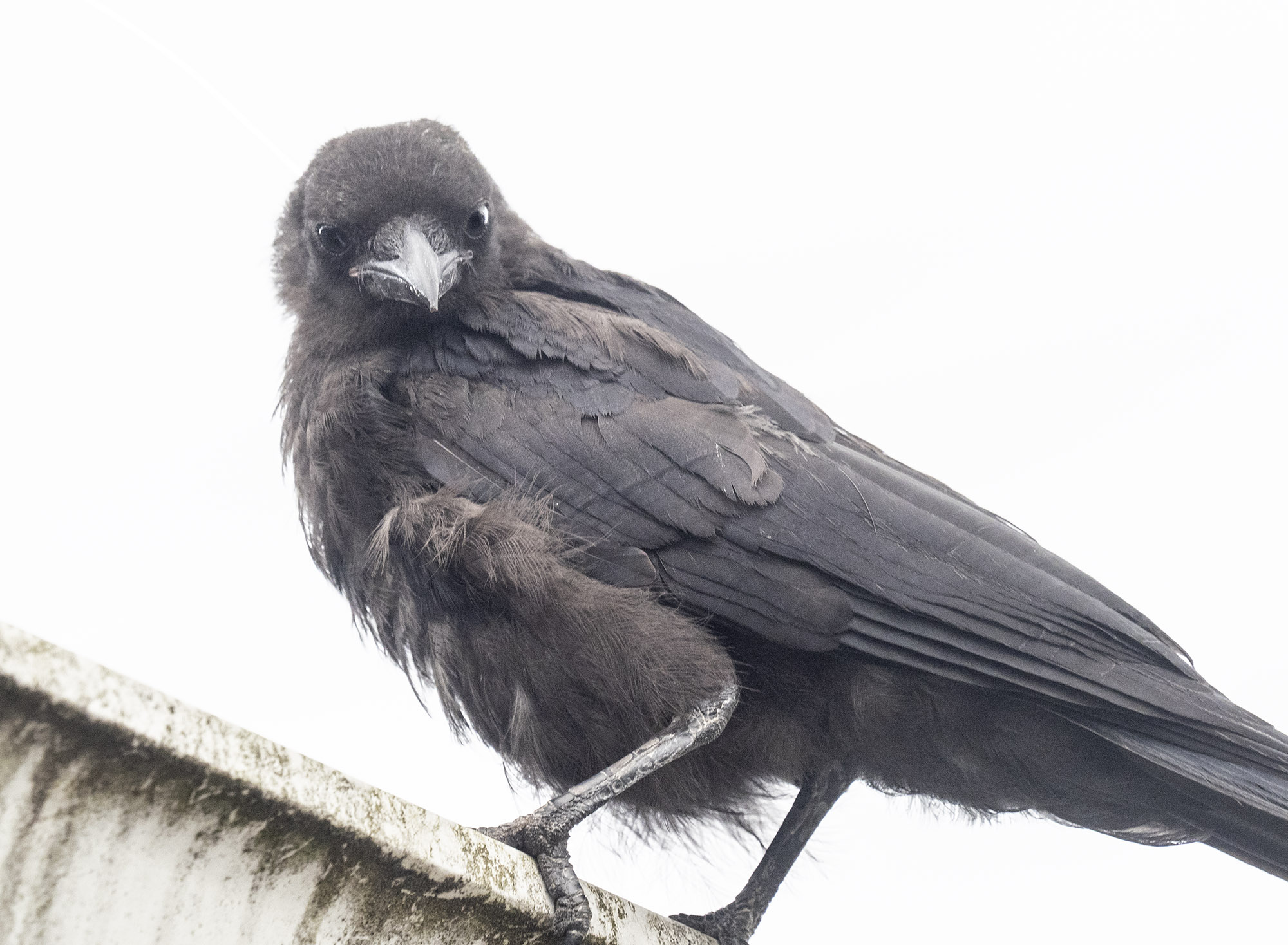 Some days, there is just no getting away from parental responsibility. 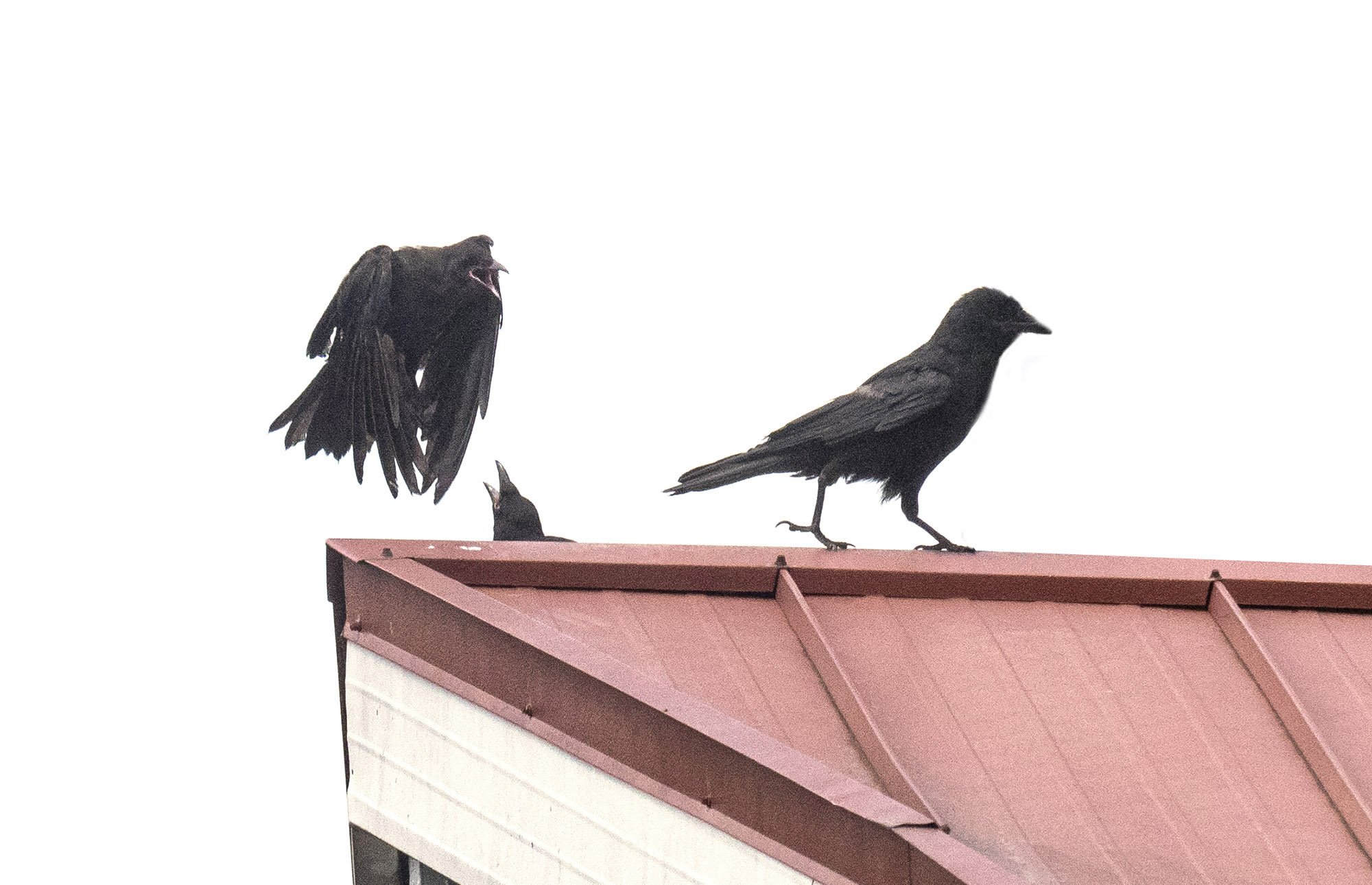 Pop-up babies. There is no escape! 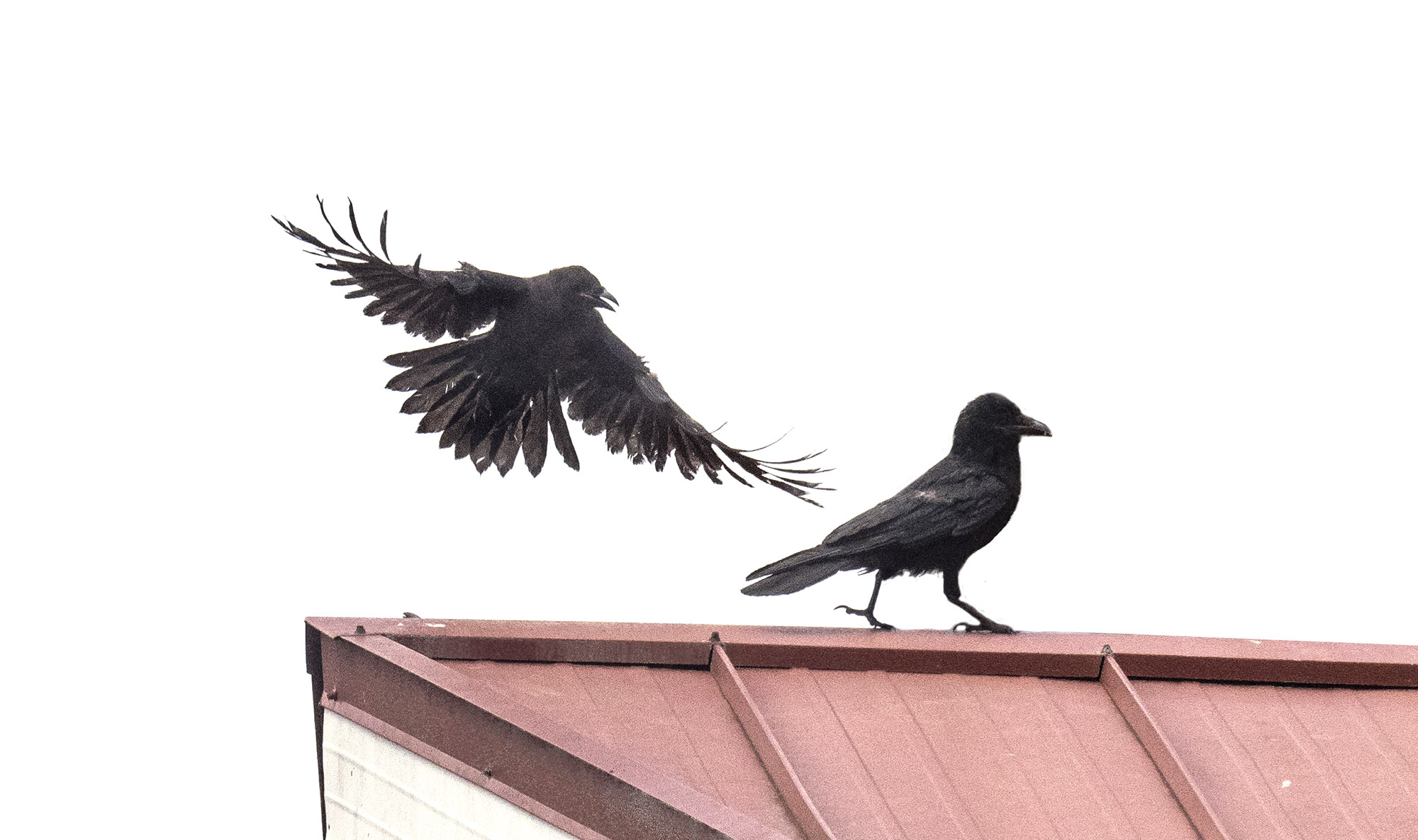 I’m just going to walk away over here … 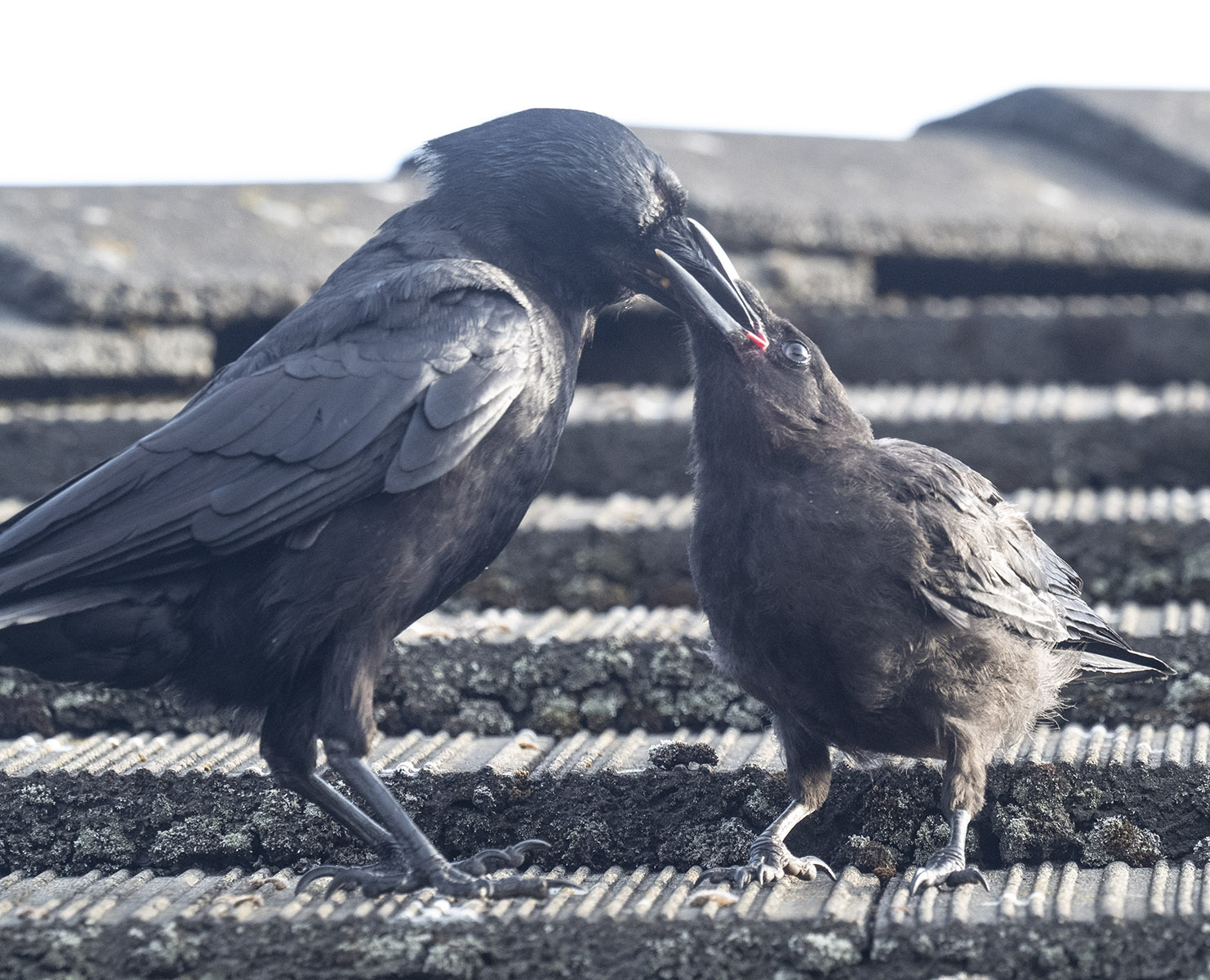 To start off with, all three of the babies needed to be fed constantly.  Now that they’re a few weeks old, Mabel and Gus are training them to do some of their own foraging. With varying success. 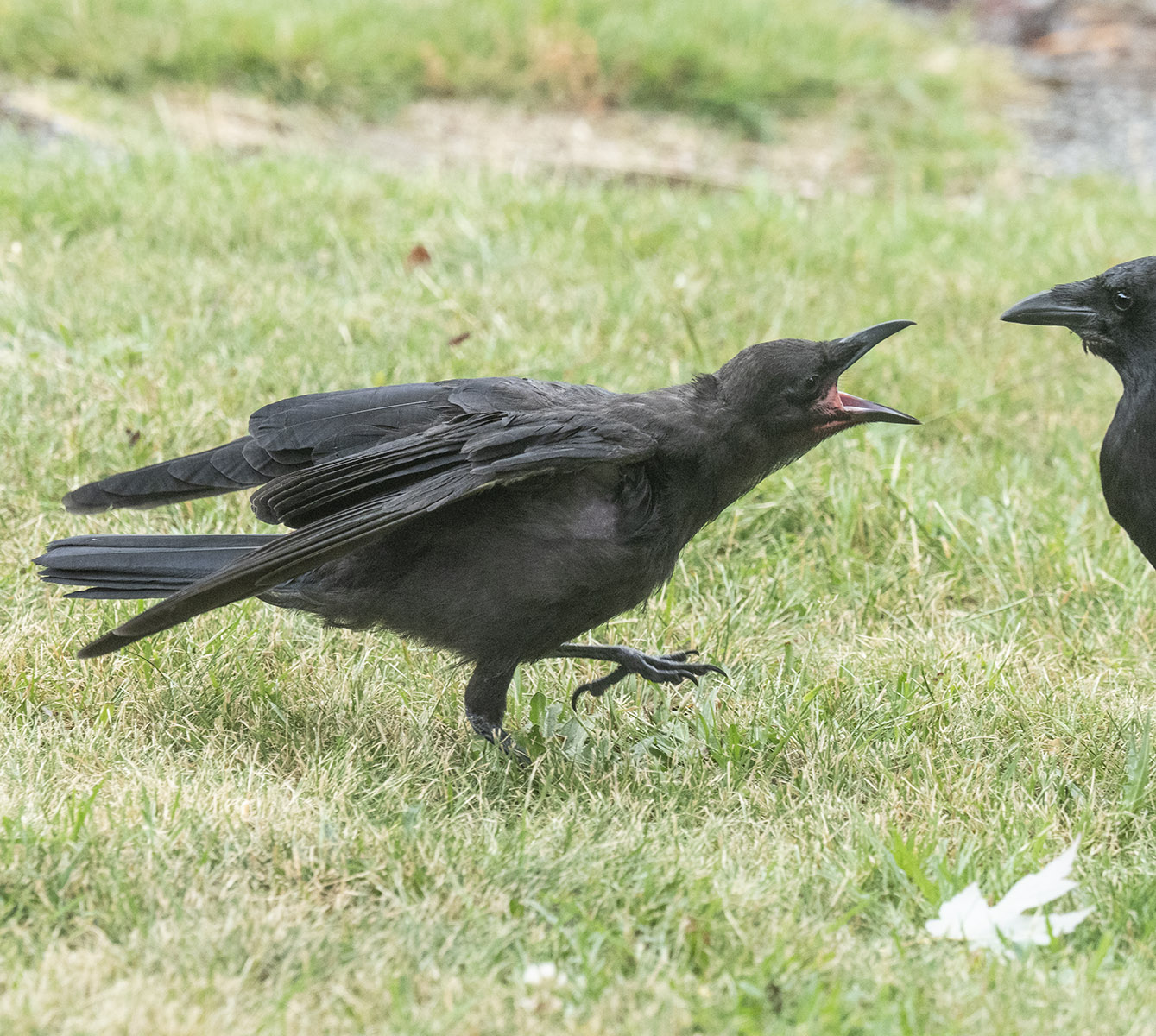 Two of the three seem to be getting the hang of it, but there’s always that one who just never gives Mom a break. Until she finally snaps … 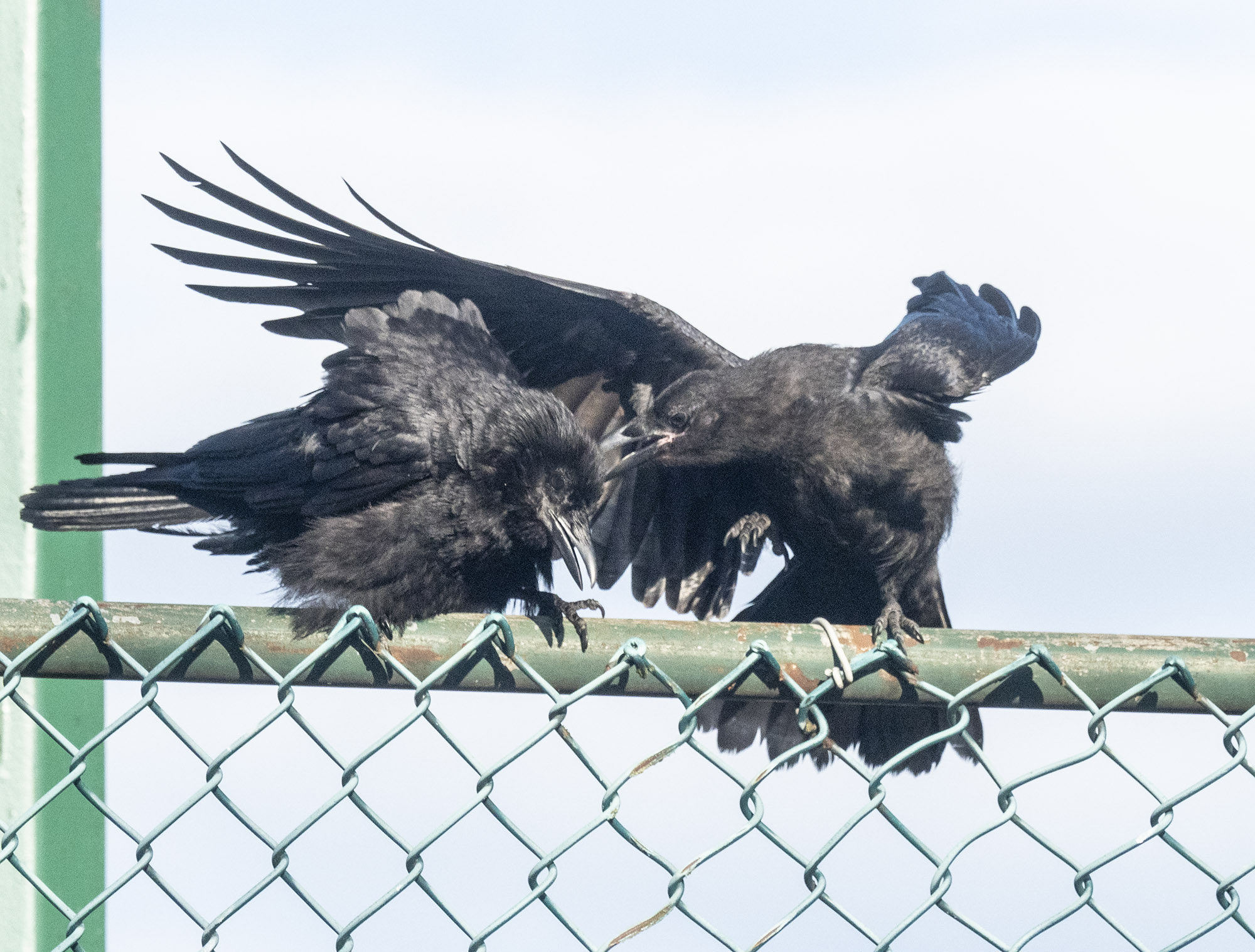 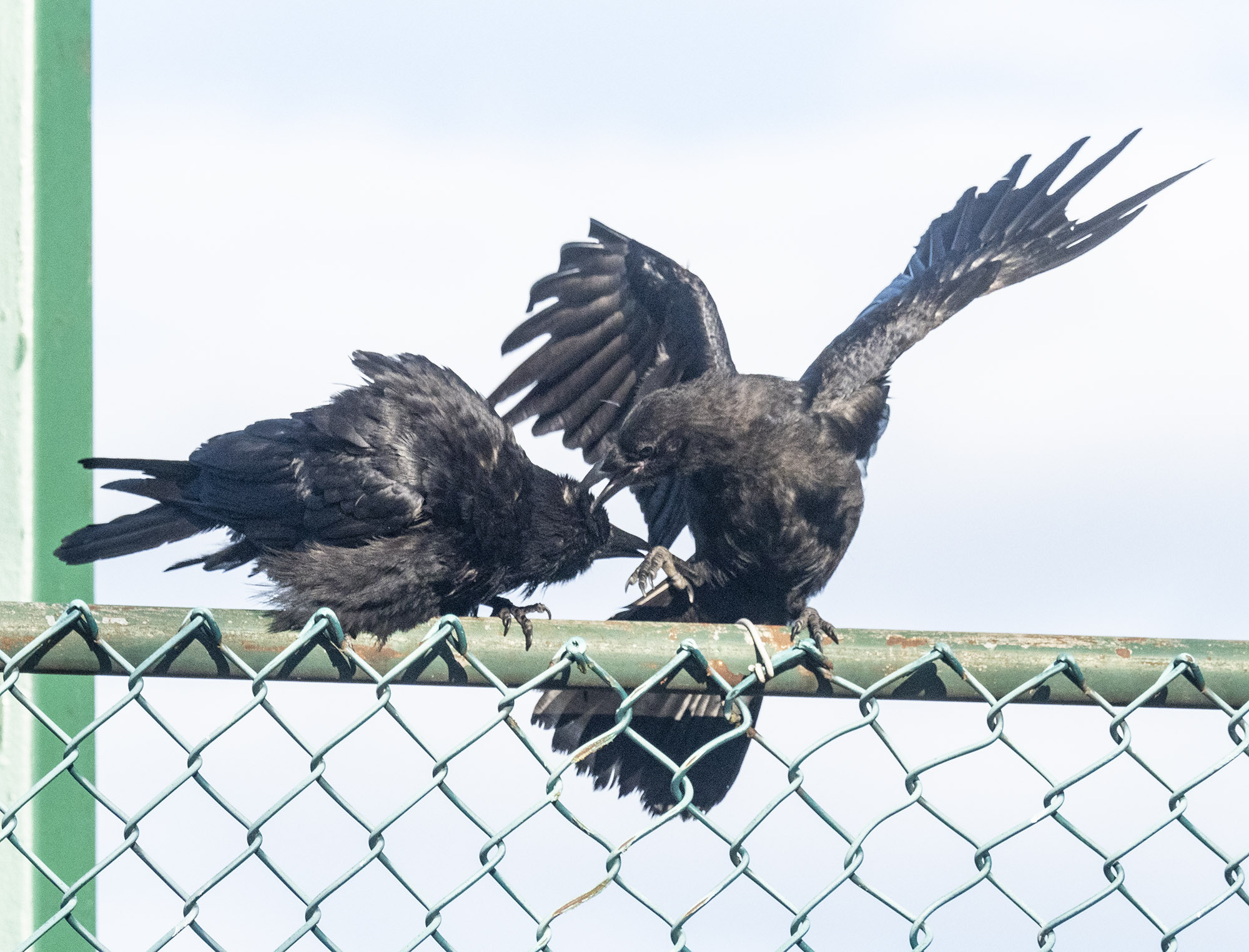 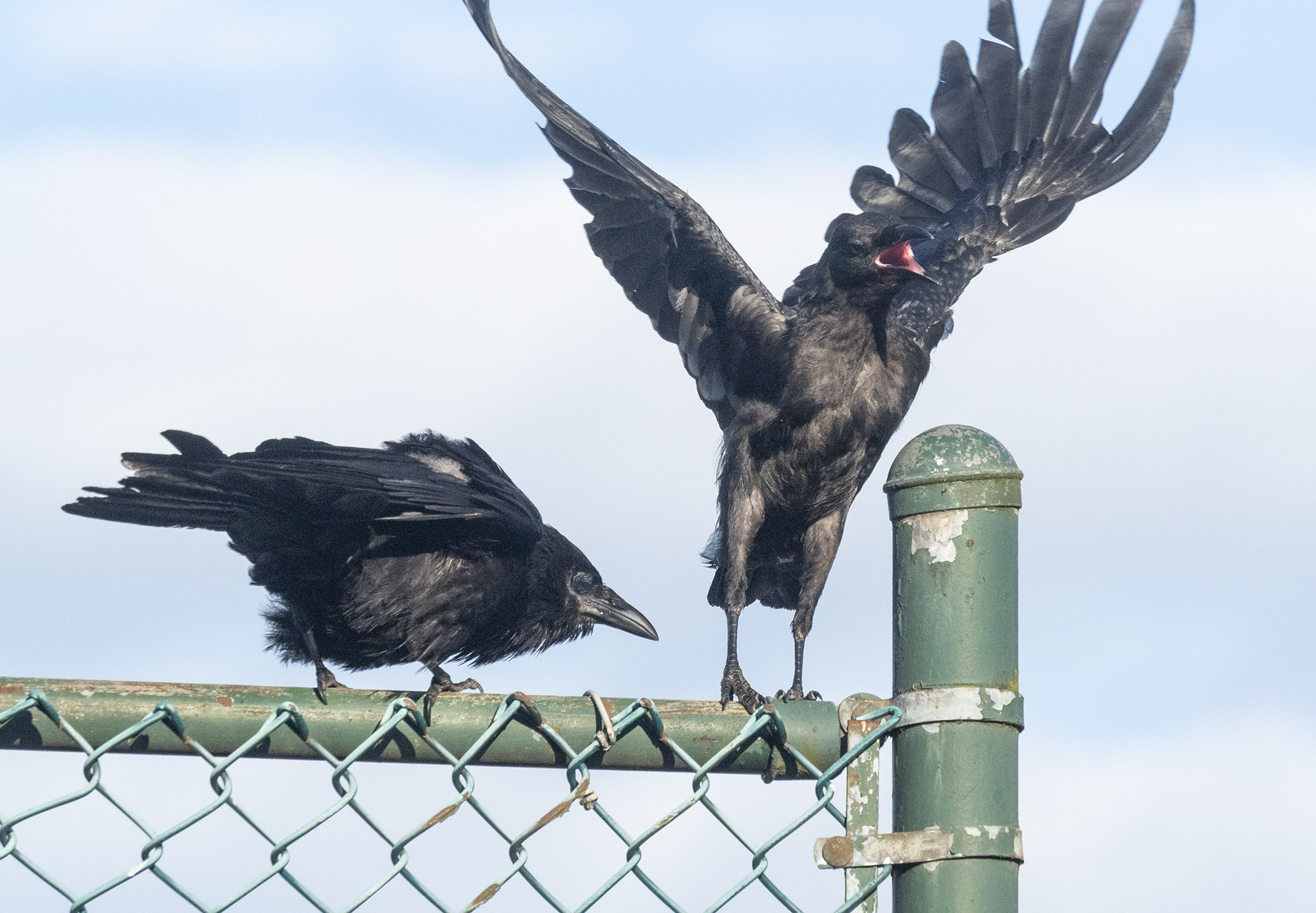 We’ve all been there, Mabel.

You just need a few minutes of peace and quiet to regain that maternal equilibrium. 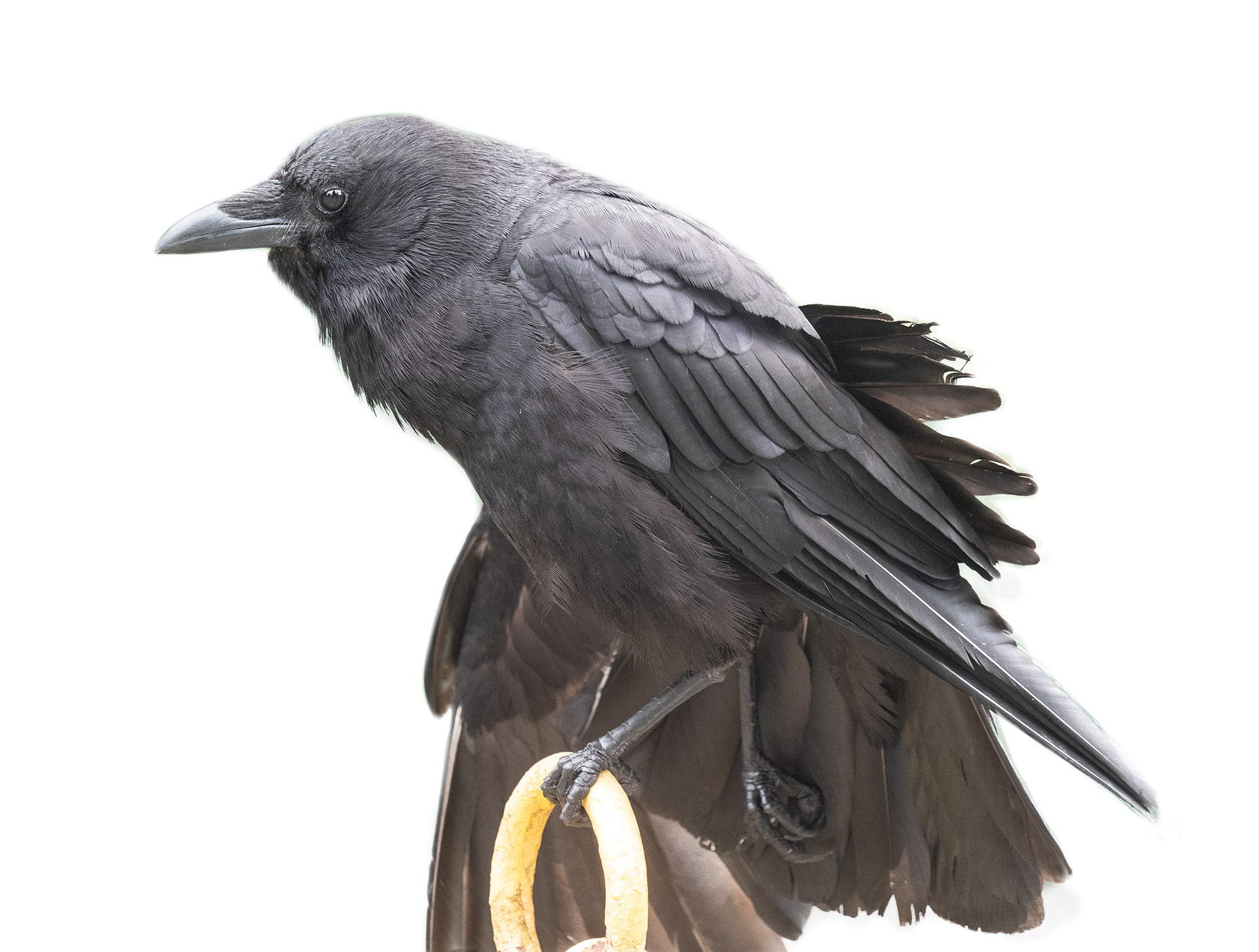 Then, back into the child rearing trenches. 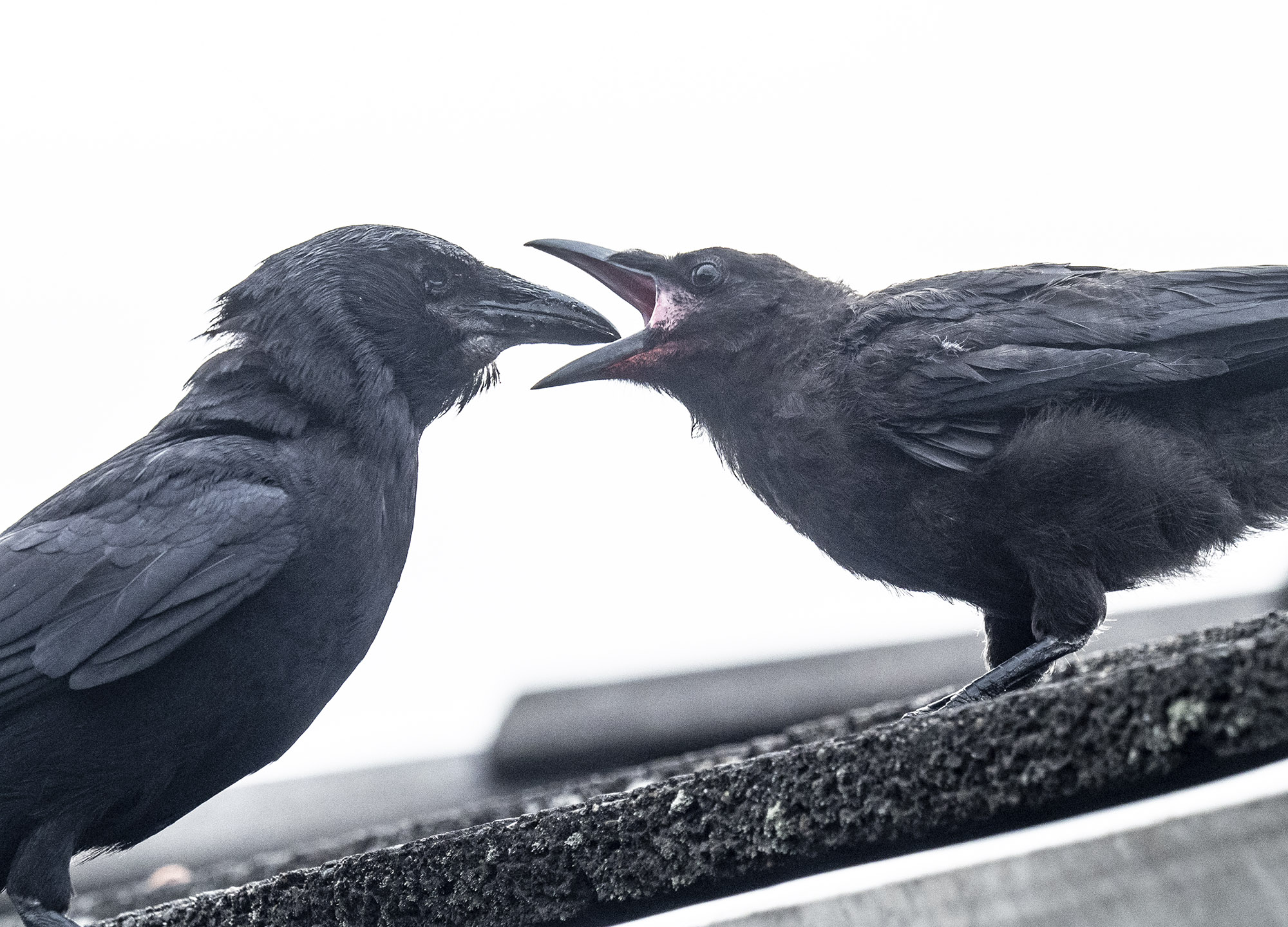 Every once in a while, when the fledglings are tucked in for the night, Mabel and Gus get a few moments to dream of grown up crow fun. and being able to fly off to the roost with the other crows. Some time in September … 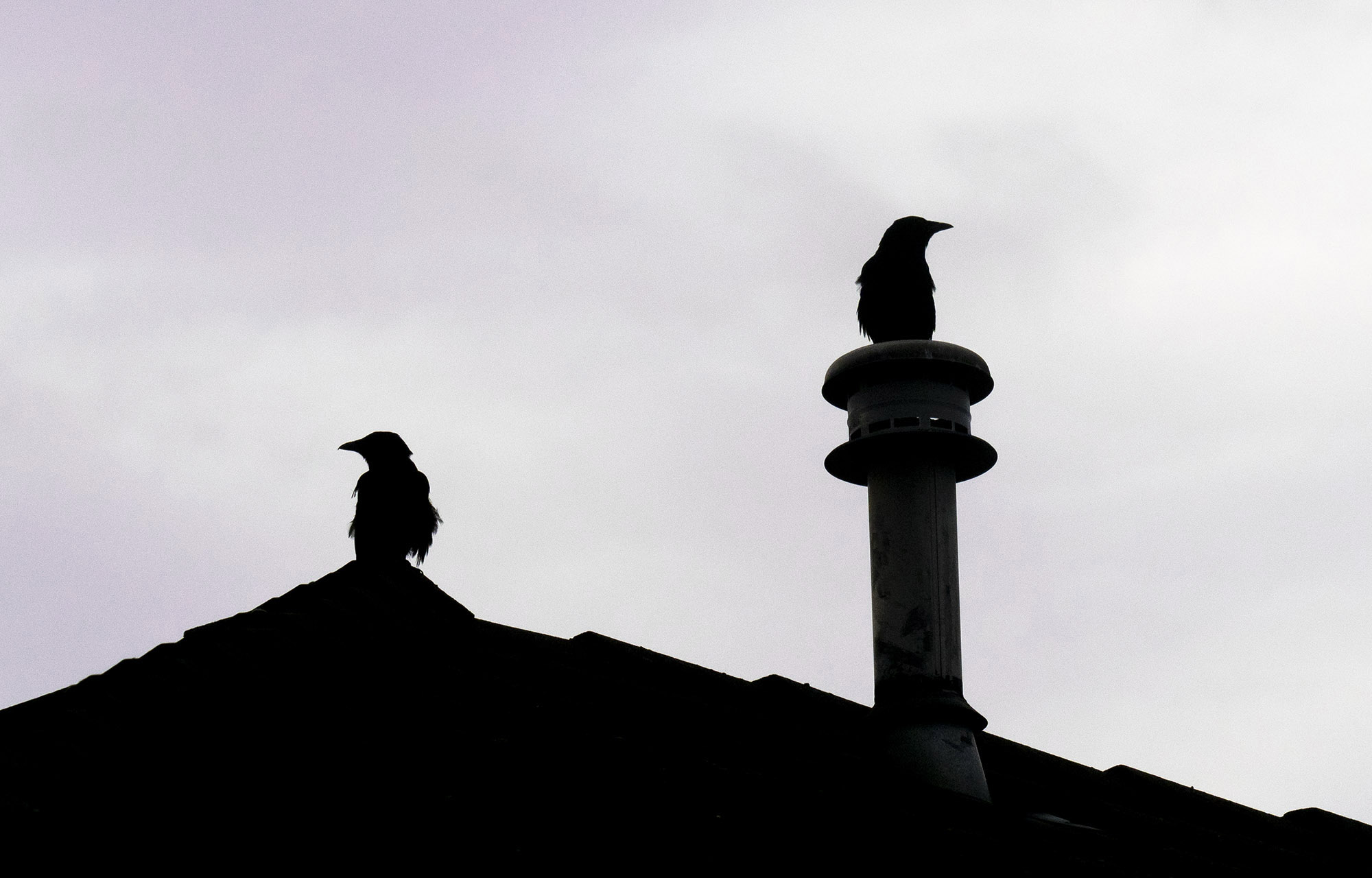 Mabel has been a past City Crow Calendar cover model. Her “Frazzled” portrait graced the 2018 version. Marvin is the high wire crow on the 2019 cover and  2020 (available now!) will feature Mr. Pants. 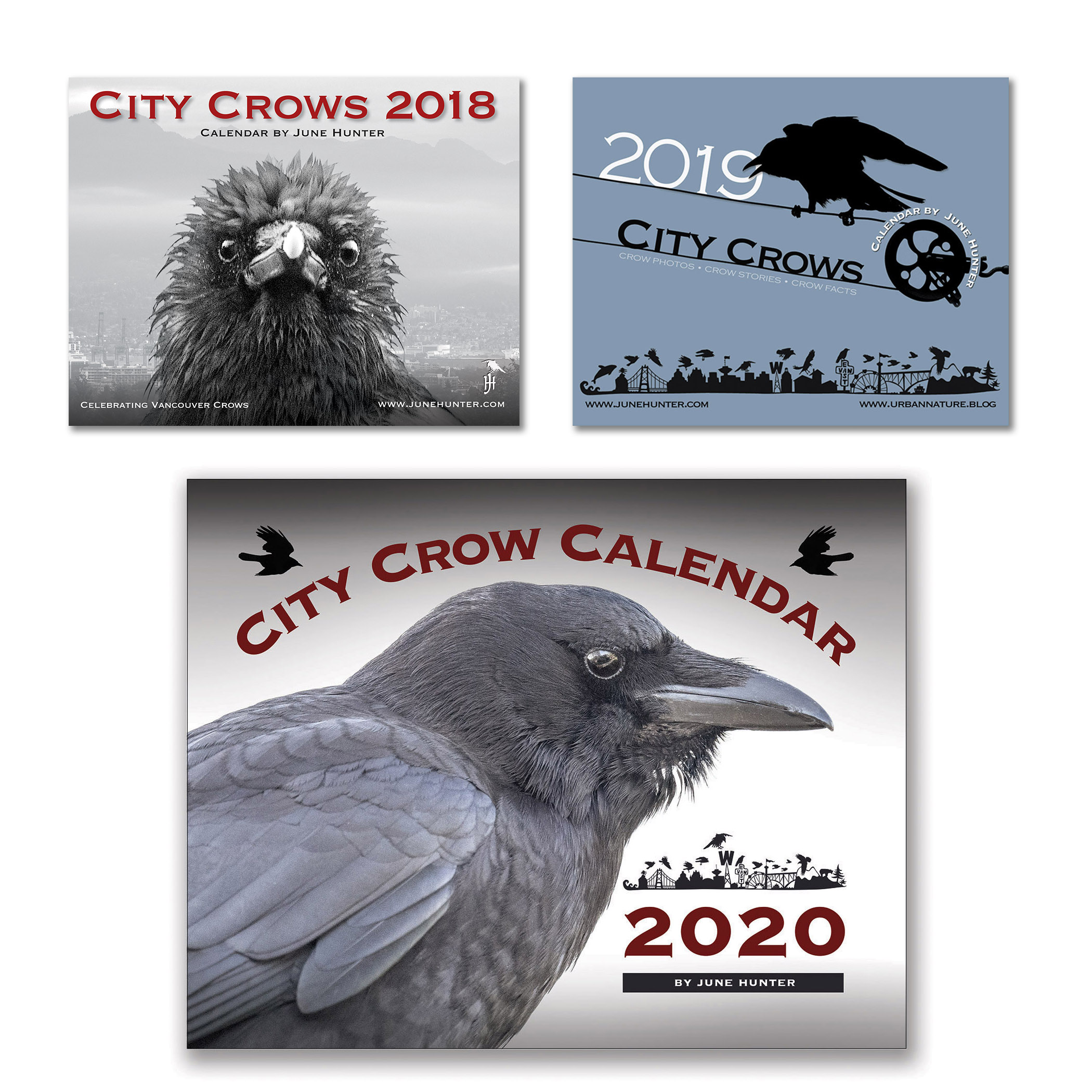 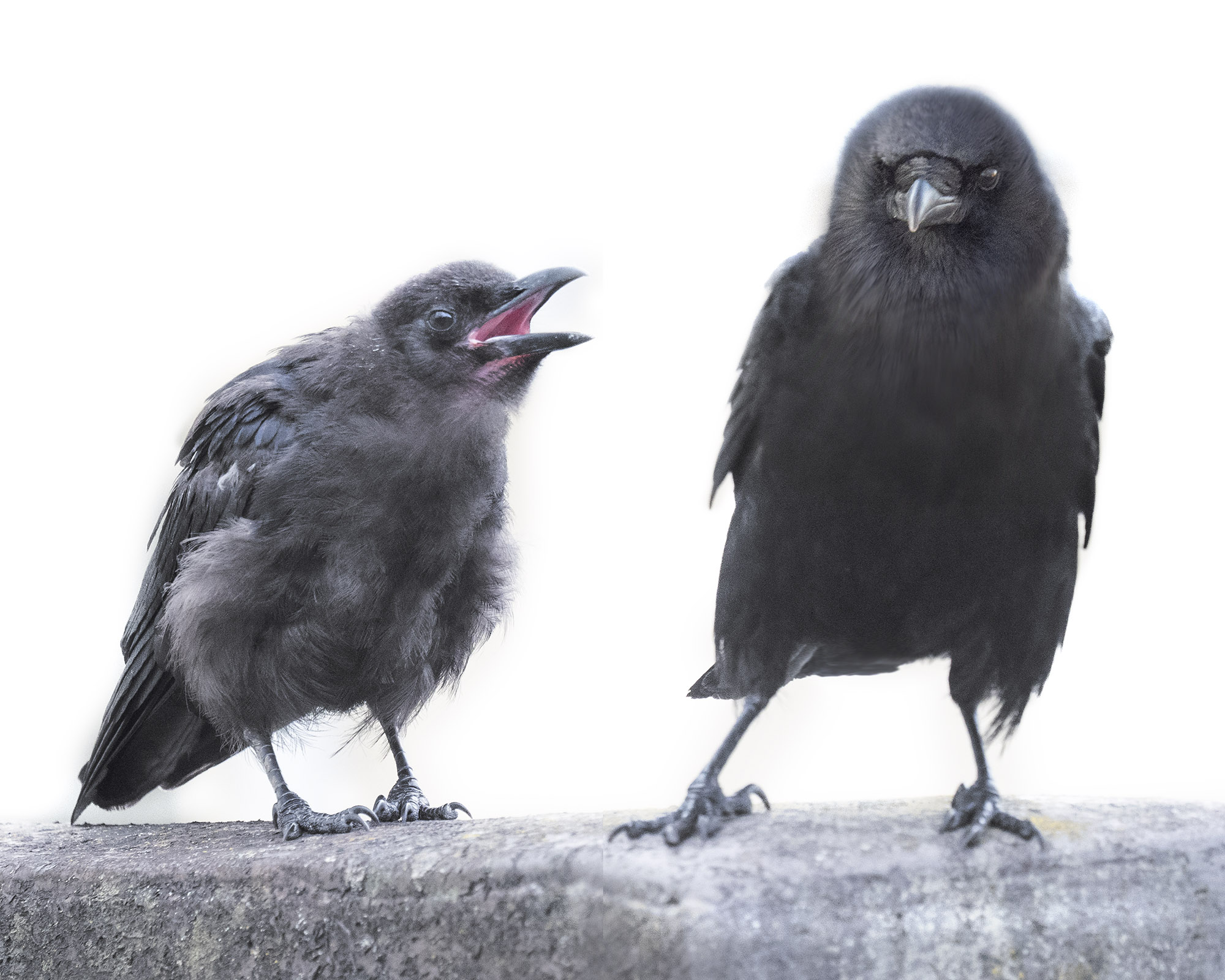 Hey Mom, tell me the story about when you were a cover model …

9 thoughts on “More on Mabel”