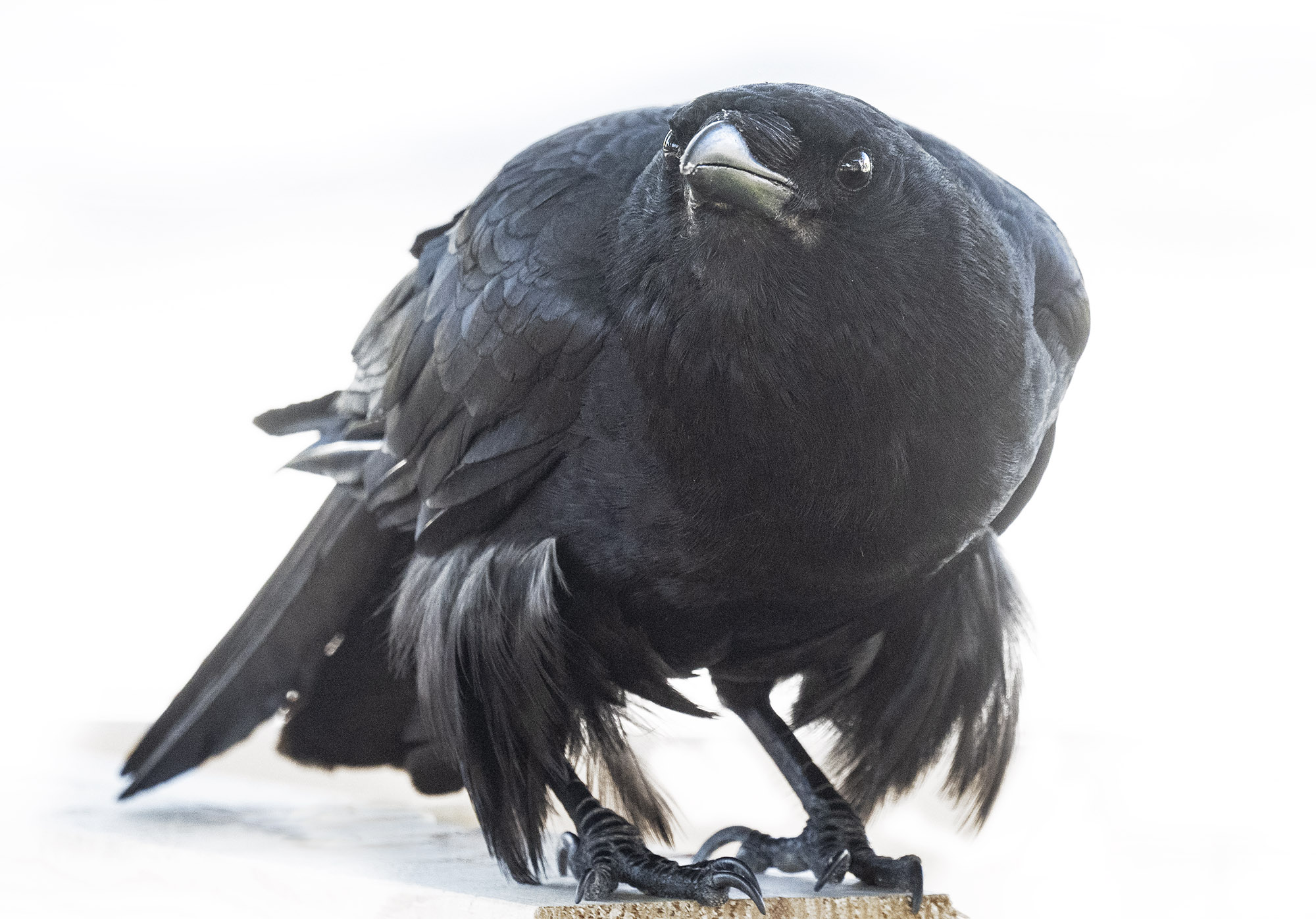 To keep an eye on Mr. Pants year round  is to witness a miracle of transmogrification.

If you didn’t know it was him, by the territory he guards and by the company he keeps (Mrs. Pants), you might think he was a different crow in each season.

We all first came to know him for his breathtaking breeches, his tremendous trousers,  his peculiar pantaloonery …  I could go on, but I’ll be merciful and stop now,  letting a series of summer pictures of Mr. P at his most sartorially splendid  tell the story. 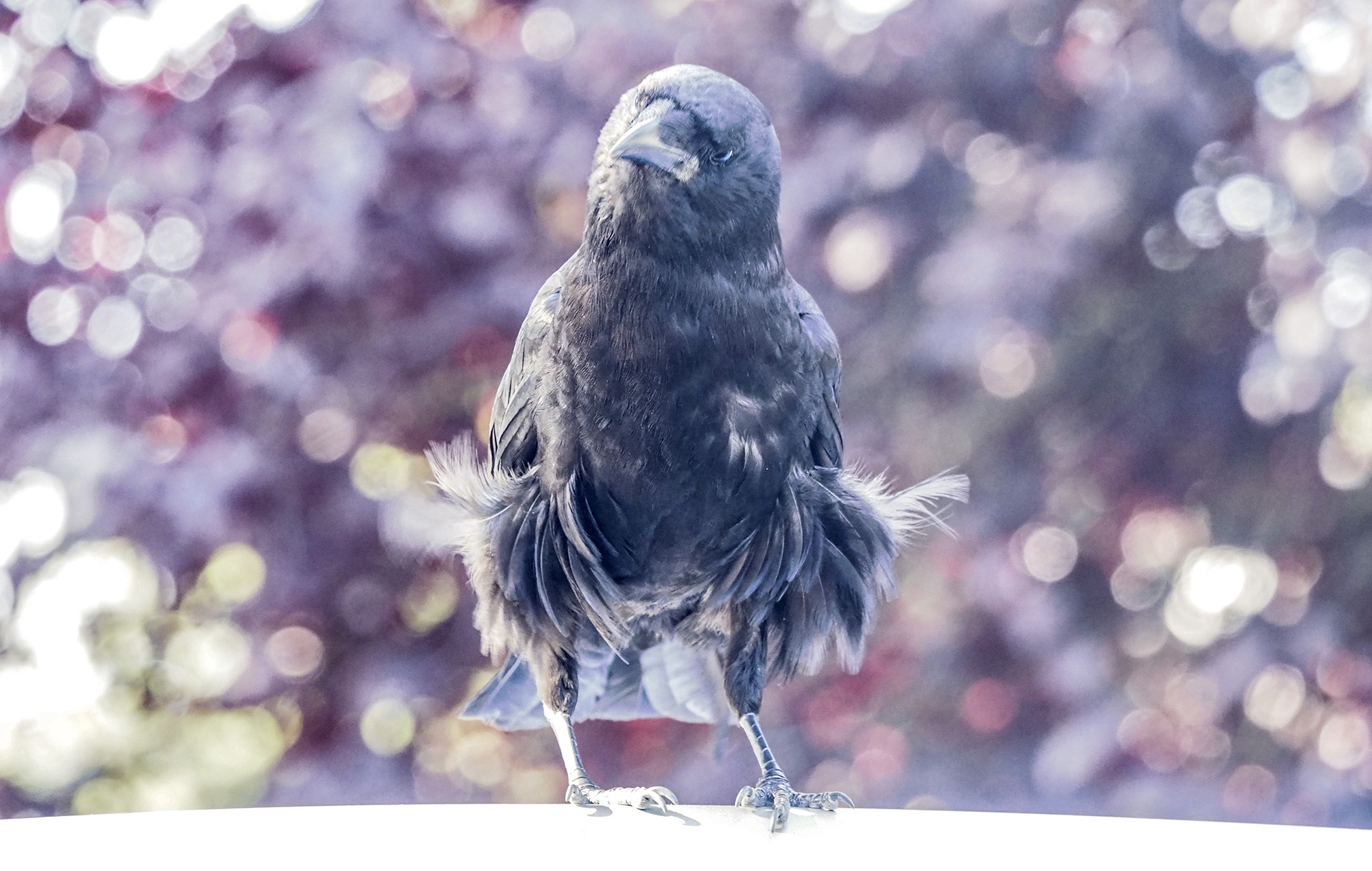 Purple haze, all in my brain … 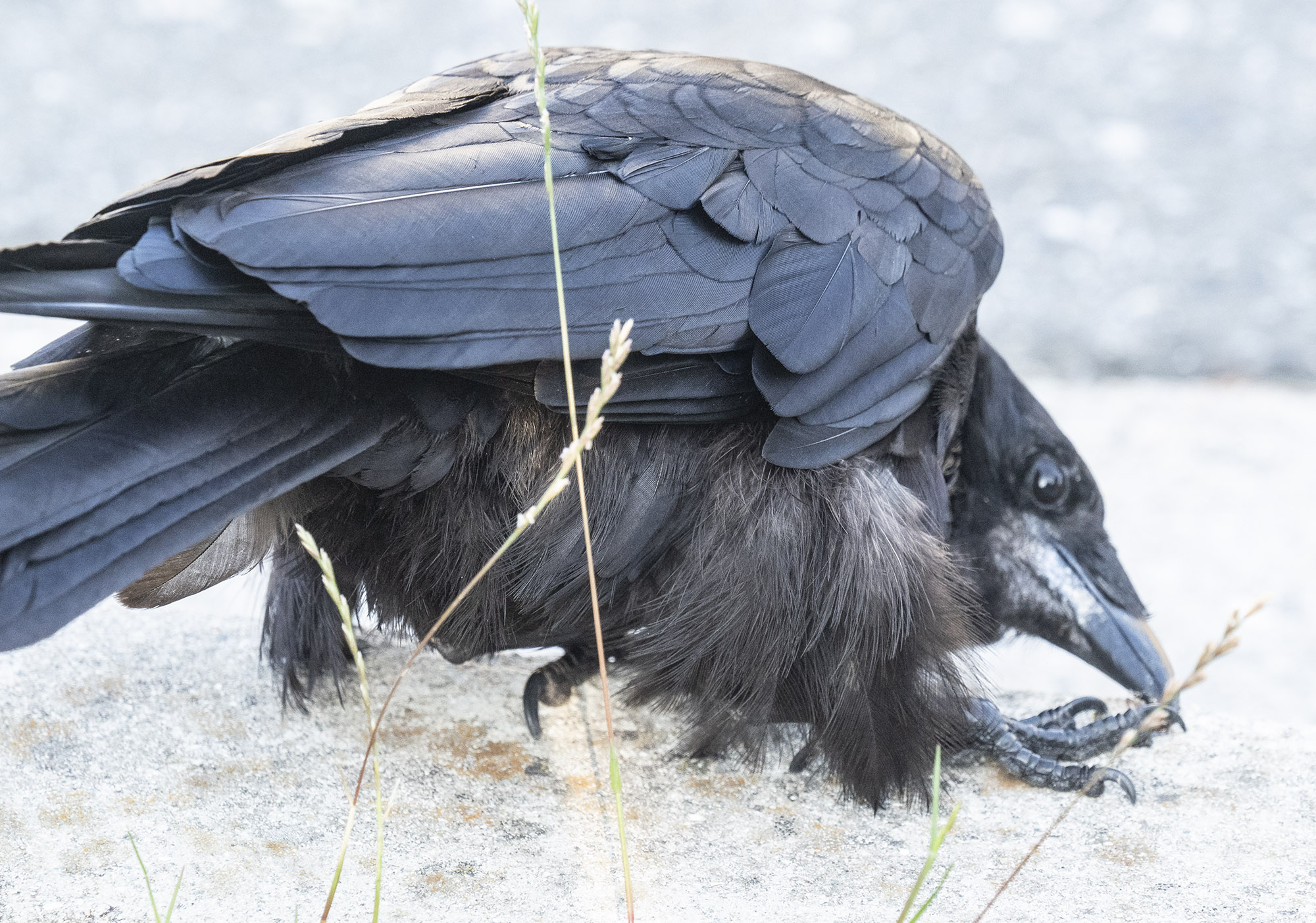 Splendour In The Grass 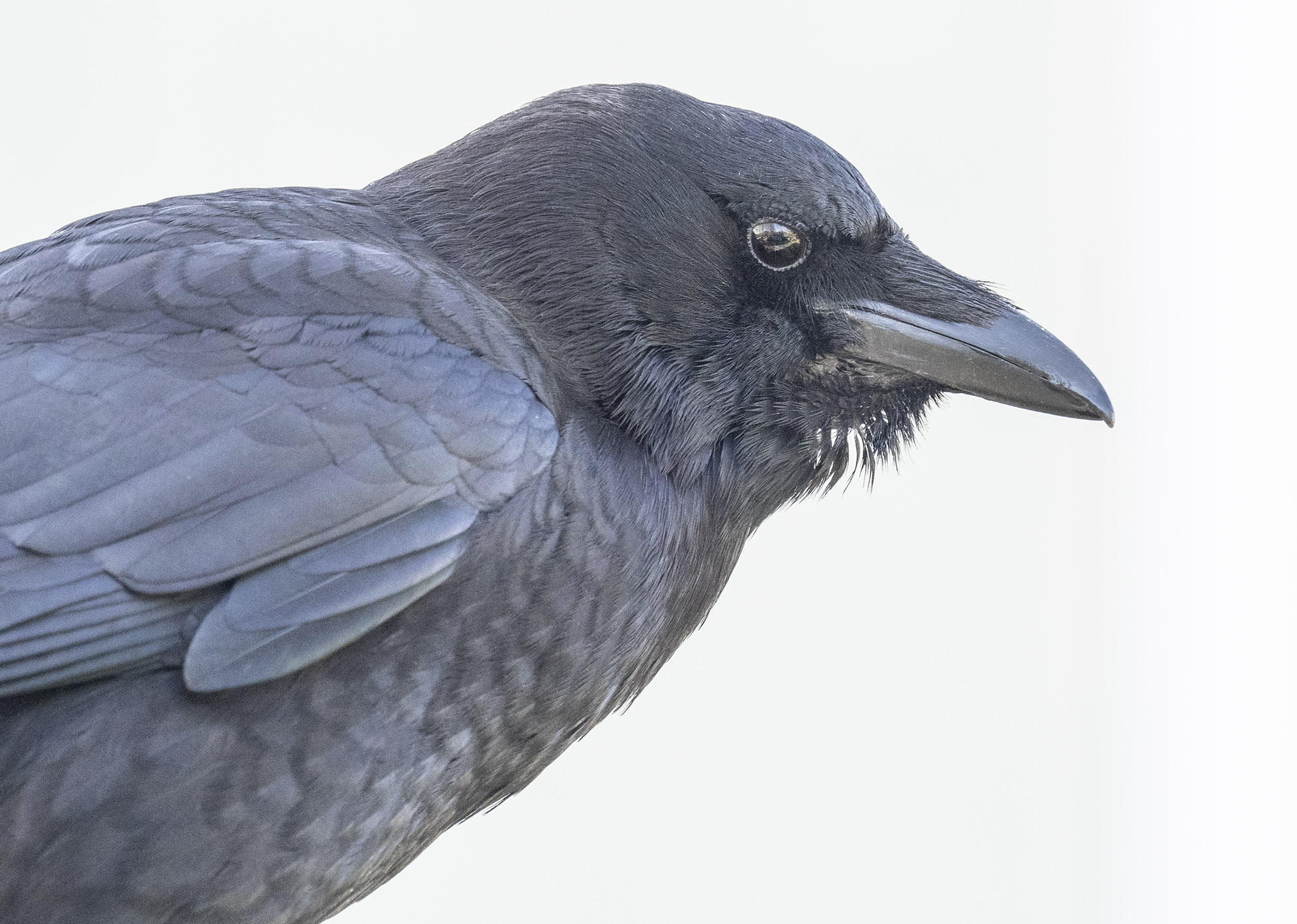 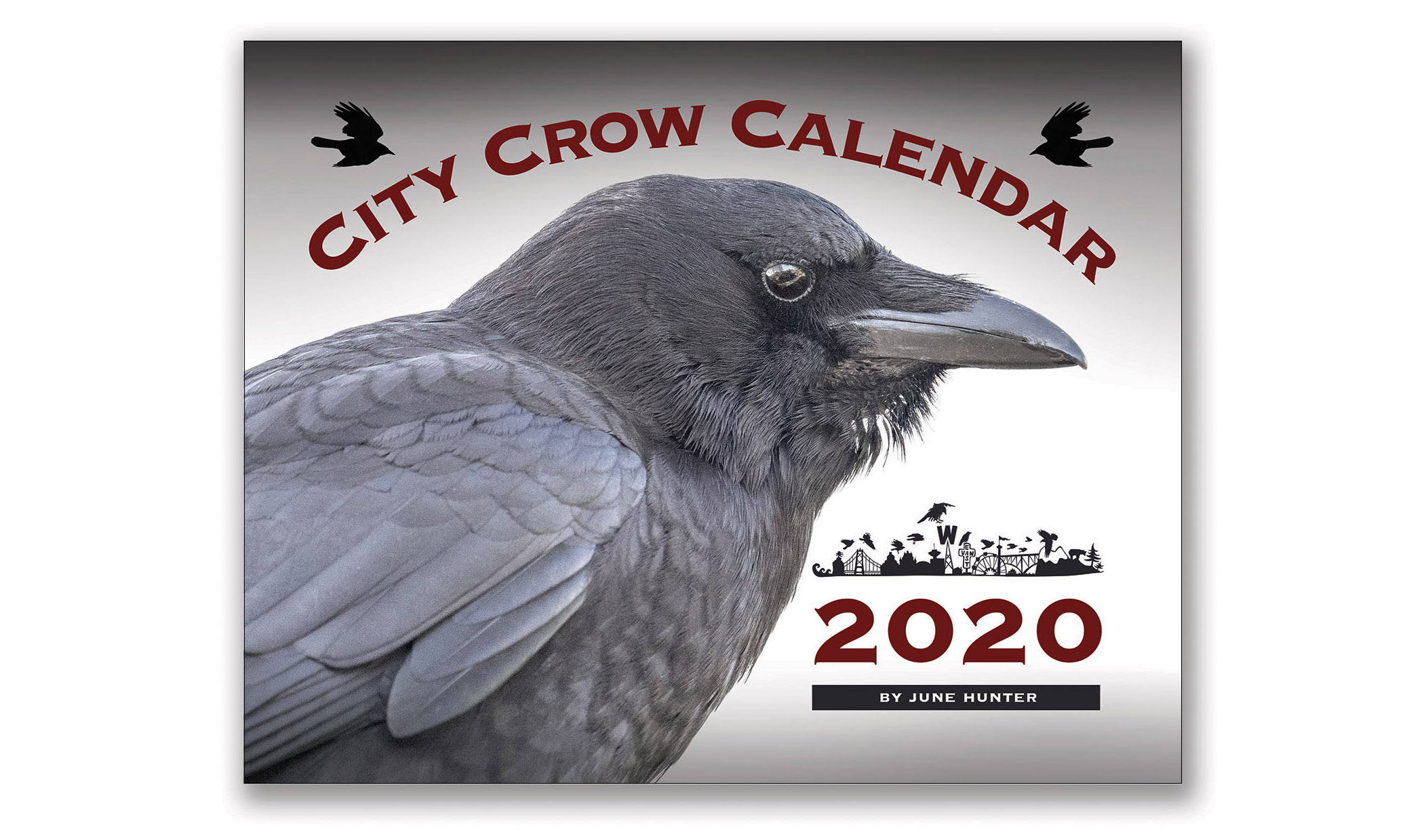 The following video captures his fantastic pantaloons fluttering in the summer breeze.

But. like a perfect truffle, ice wine, or a pumpkin spice lattée, Mr. P’s trouserly splendour is a seasonal offering, and must be appreciated as such.

Suave and handsome for sure, but minus the feathery kilt. 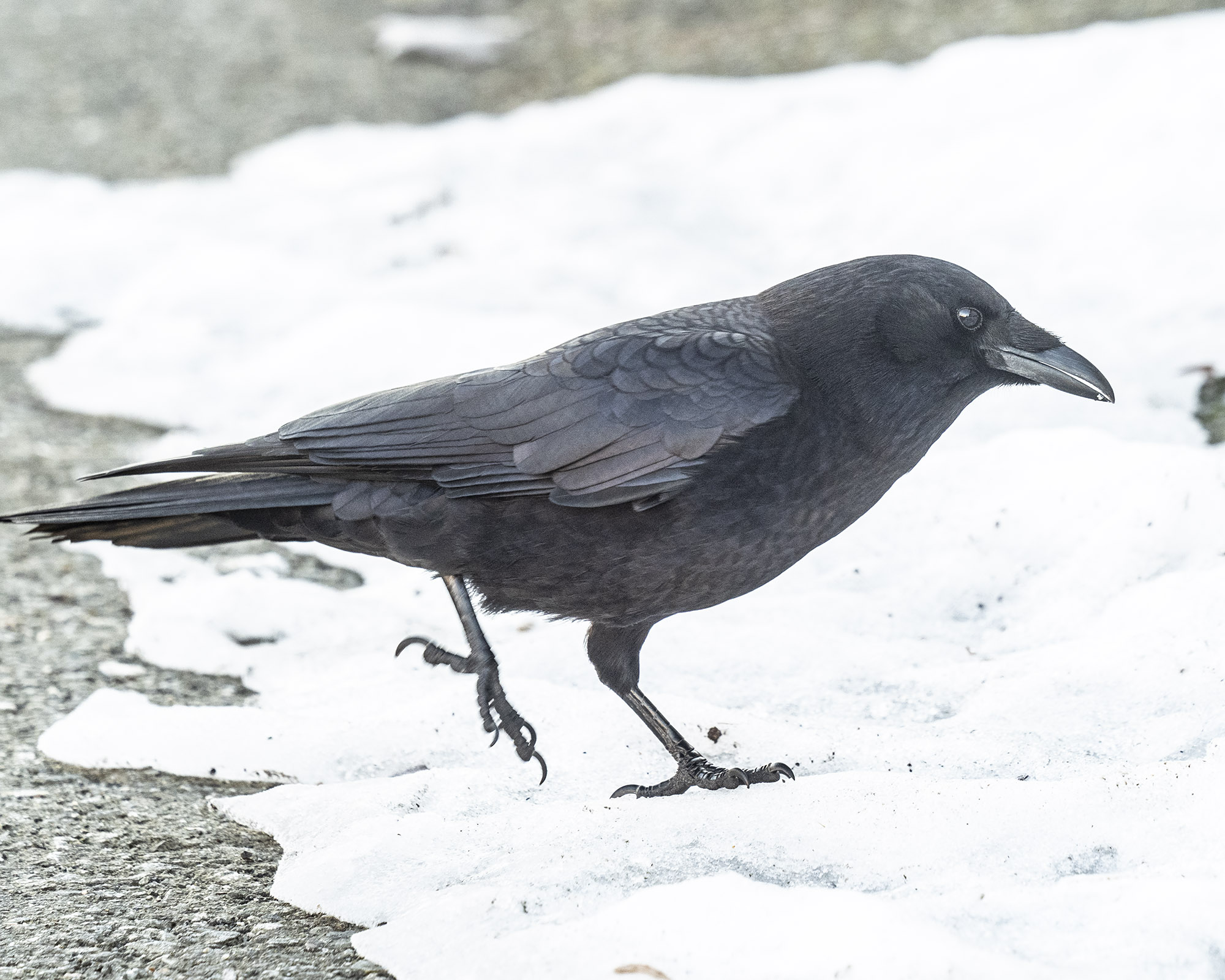 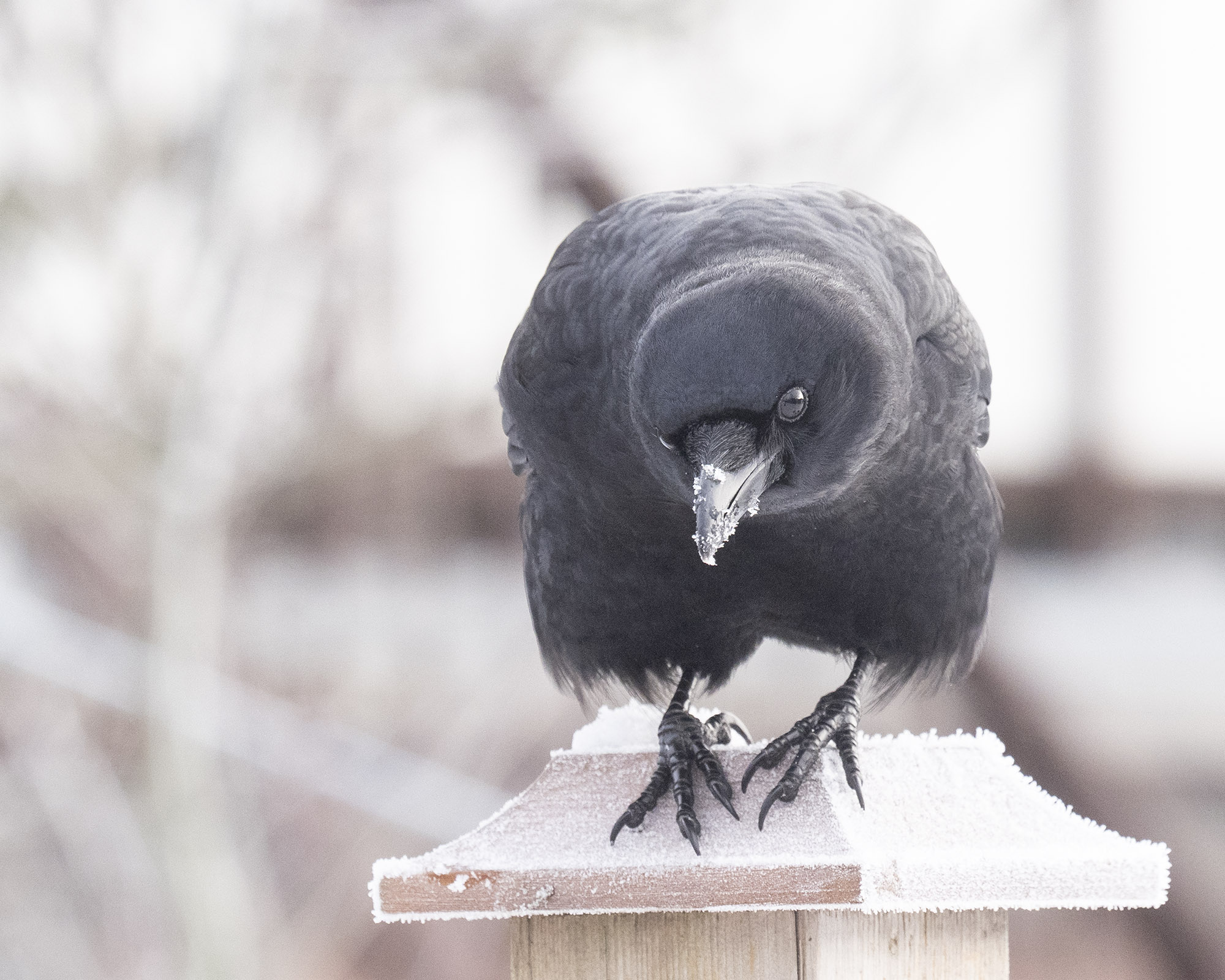 In particularly frosty weather he can, like all the other crows, deploy some feathery long johns, but they’re not the same as his summer finery. 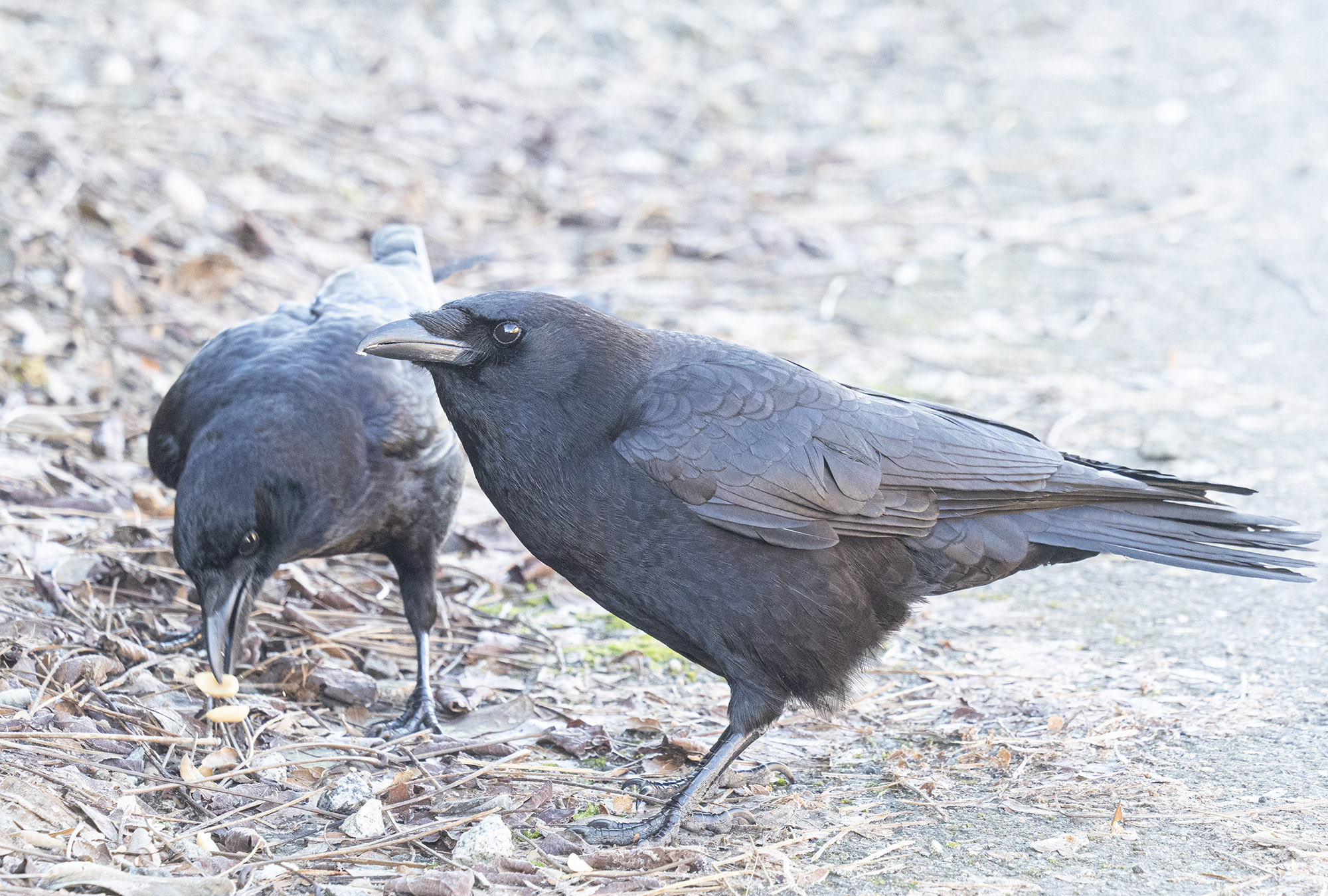 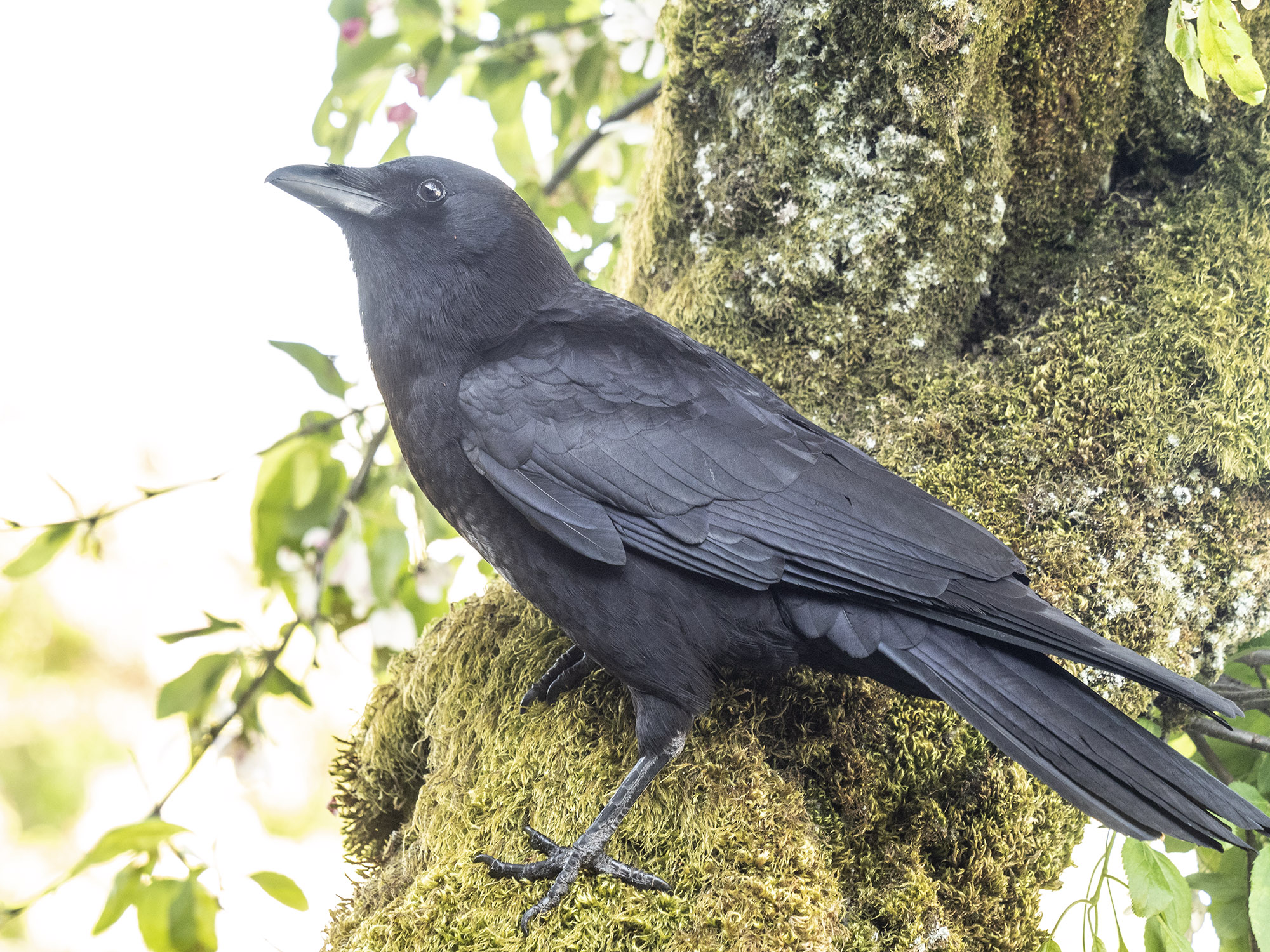 Mr. Pants as seen in the May page of the 2020 City Crow Calendar 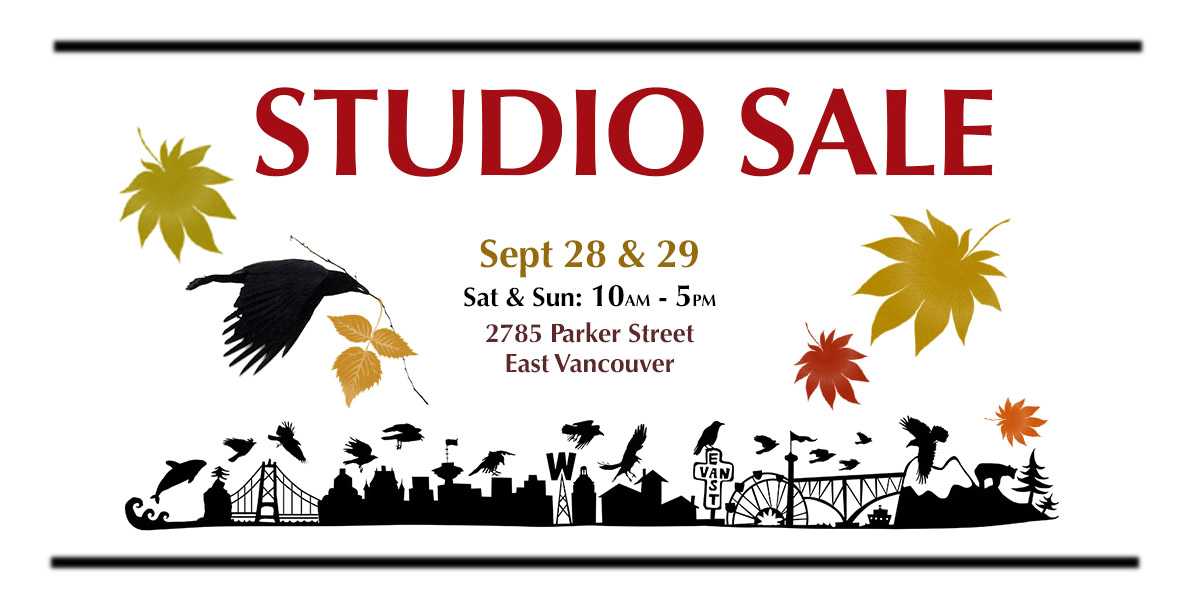 But we keep watching.

Around June the fashion miracle begins and the legendary leggings reappear  … 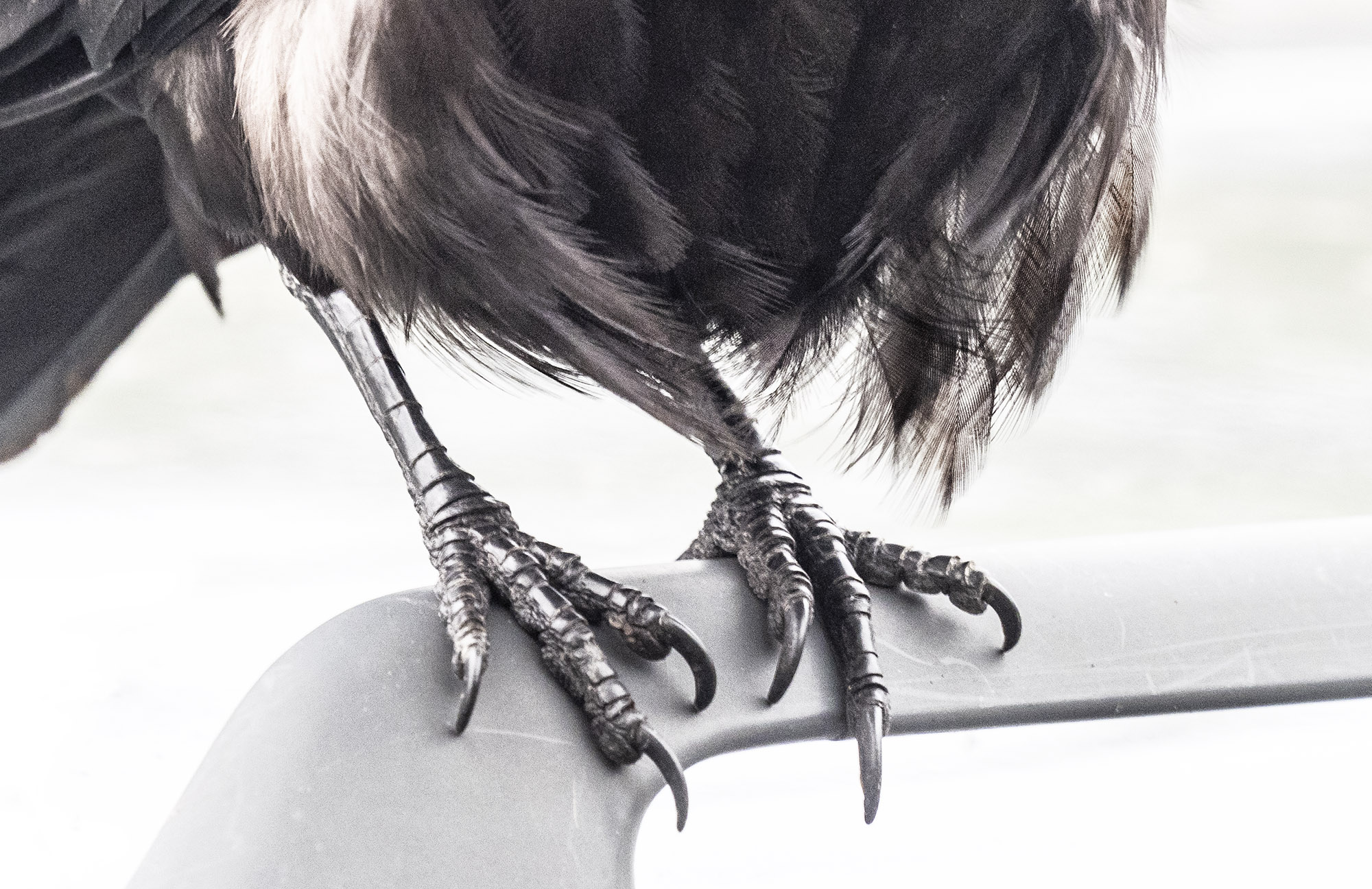 But it is perhaps the autumnal transition from summer splendour to his streamlined winter look that is the most eye catching. For Mr. Pants the molting season is very, very dramatic.

It’s true that every one of the local crows looks like a rejected extra from a pirate/zombie movie, but Mr. P takes things to the extreme. 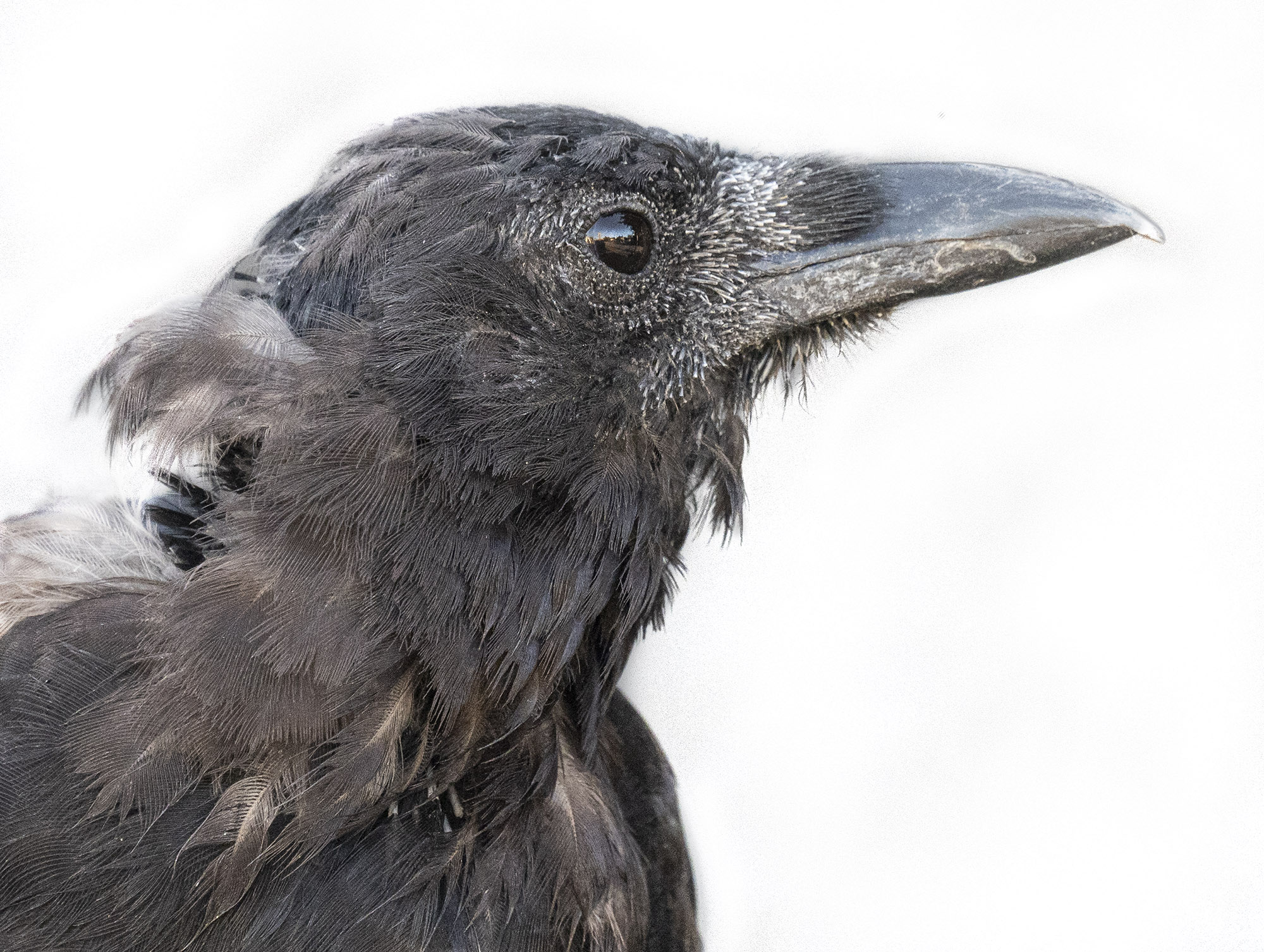 He does nothing by halves on the feathery fashion front, and the late summer/early fall molting season is no exception. Go big, or go home, seems to be his philosophy. 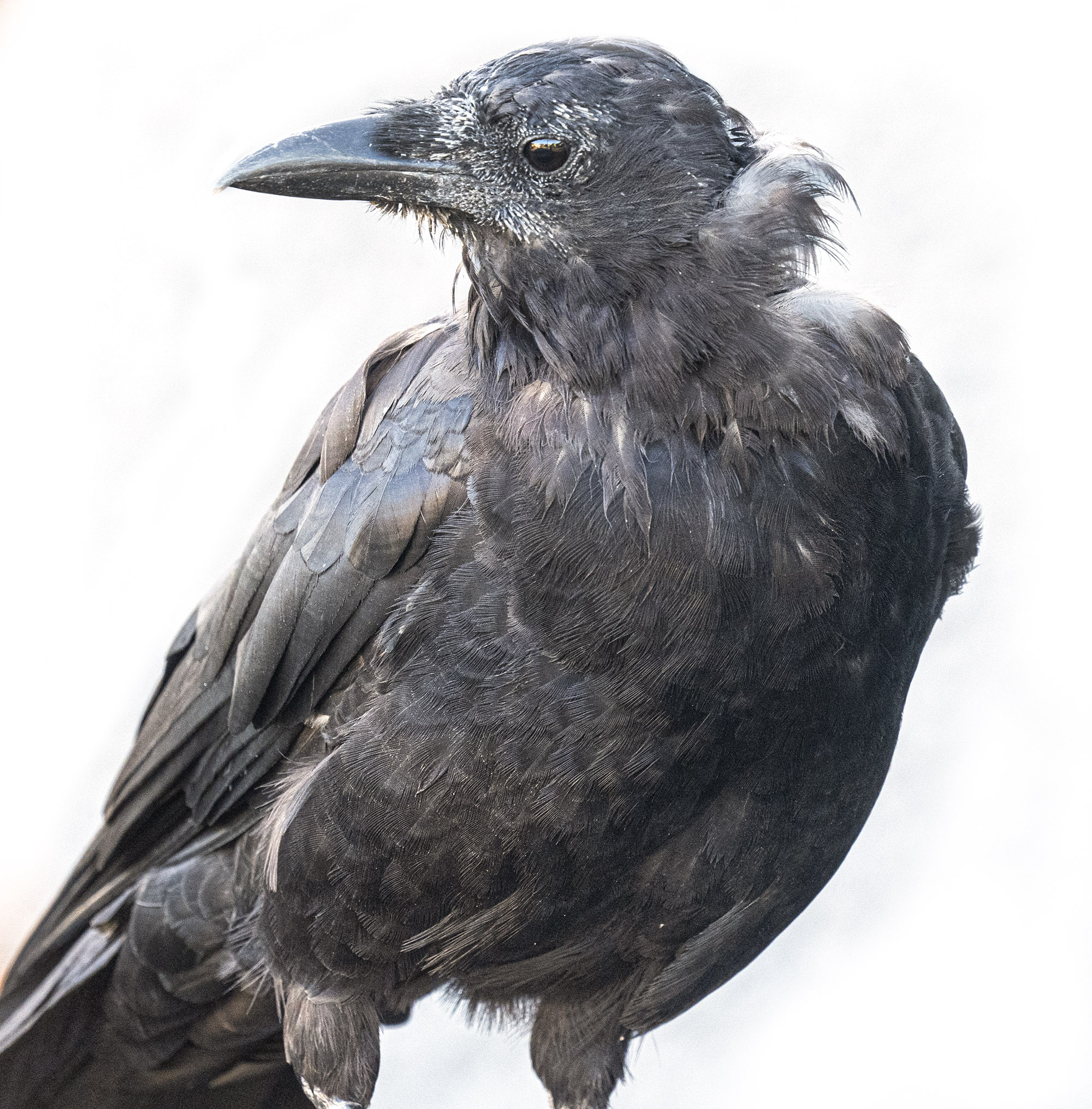 Here he is as photographed yesterday, September 10, 2019 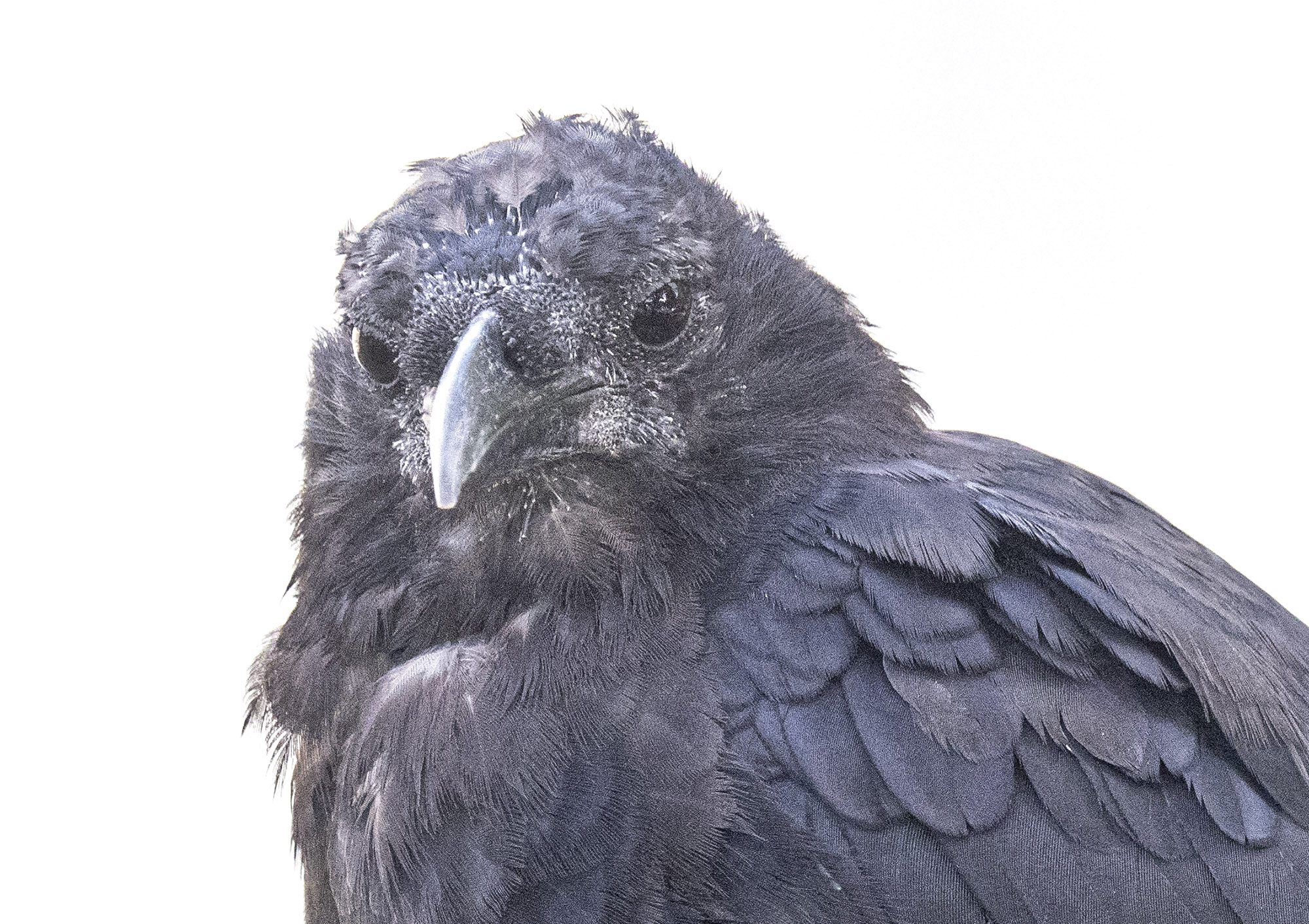 By October he will be smoothly magnificent once again.

By mid-June 2020 we should see the beginnings of tremendous trousers.

It is the circle of life (and of feathery fashion) embodied in one magnificent crow.

10 thoughts on “The Metamorphosis of Mr. Pants”