This a little story of serendipity involving Agnes (the small but determined bushtit), a friend, and the coins of the realm.

Here is Agnes, a female bushtit. 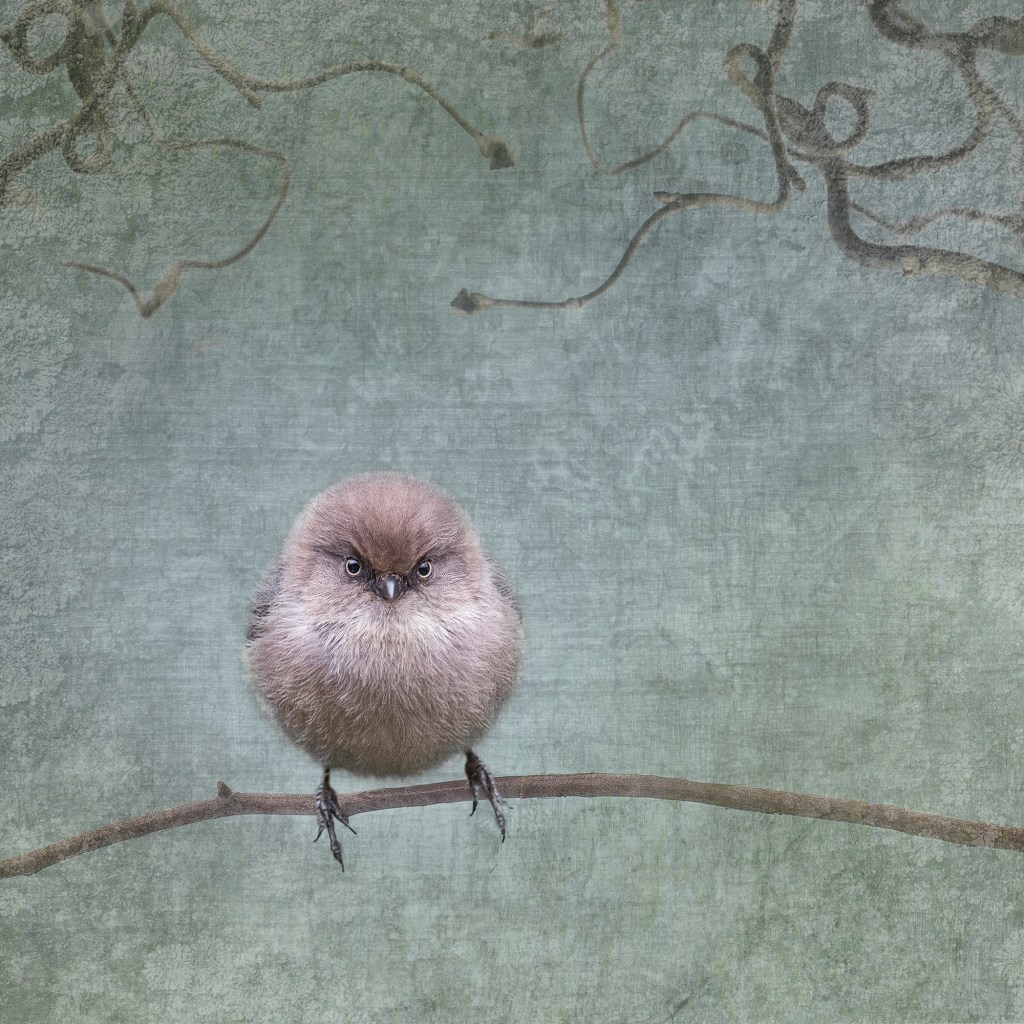 If you would like to read more about why bushtits are such awesome birds, check out my 2020 post Consider the Bushtit.

Agnes is the model for one of my most popular prints, Small But Determined, and is  a member of the ensemble cast in Birds of Judgment. 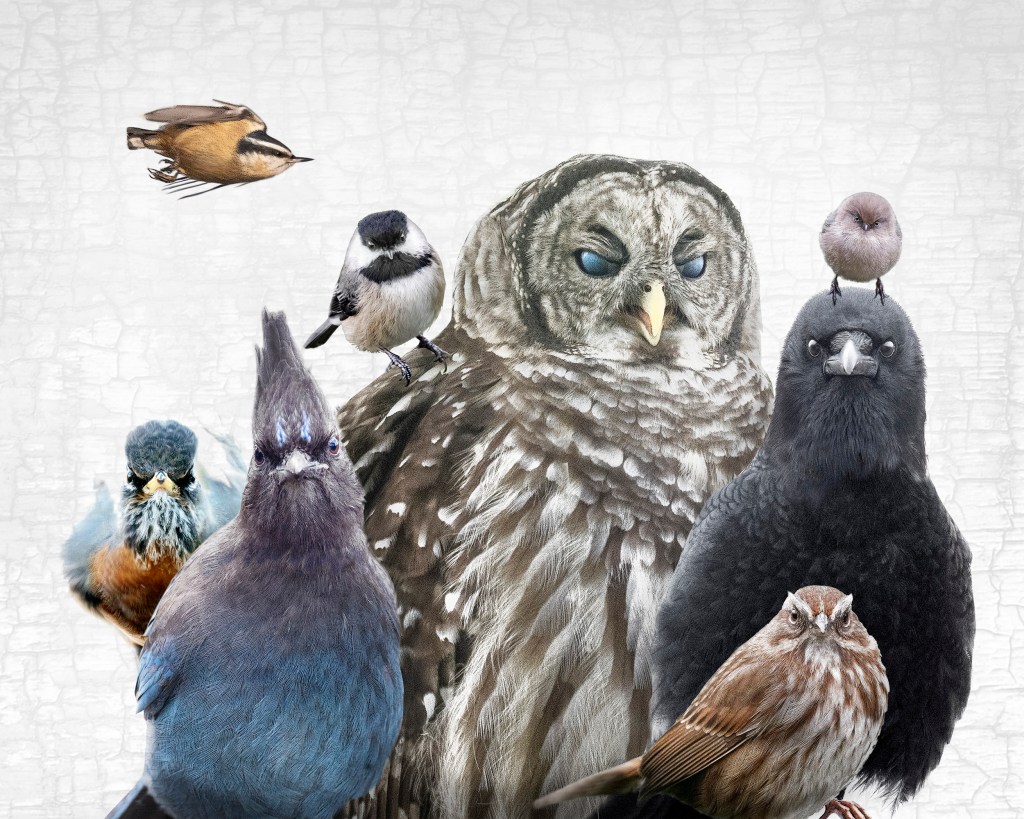 She also makes tiny guest appearances on some of the parcels I send out to customers in the form of stickers I have made to adorn outgoing orders.

I often put one of Frazzled Mabel, for example, near the flap of a package so that the recipient can have an extra little smile as they open it. 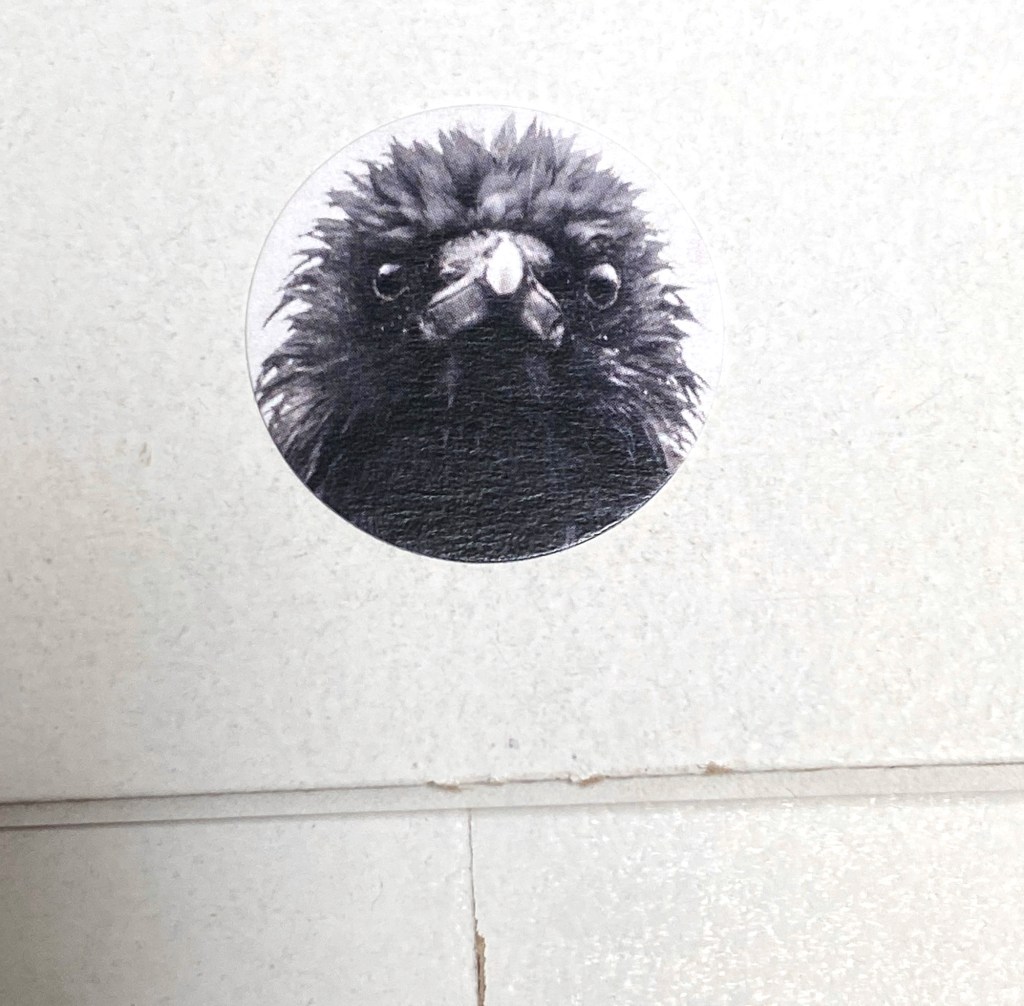 I don’t put Agnes stickers on every parcel — I often consider what the customer ordered and “customize” the sticker combination according to what I guess they might like most. (Shhh … don’t tell the time and motion efficiency inspector!) 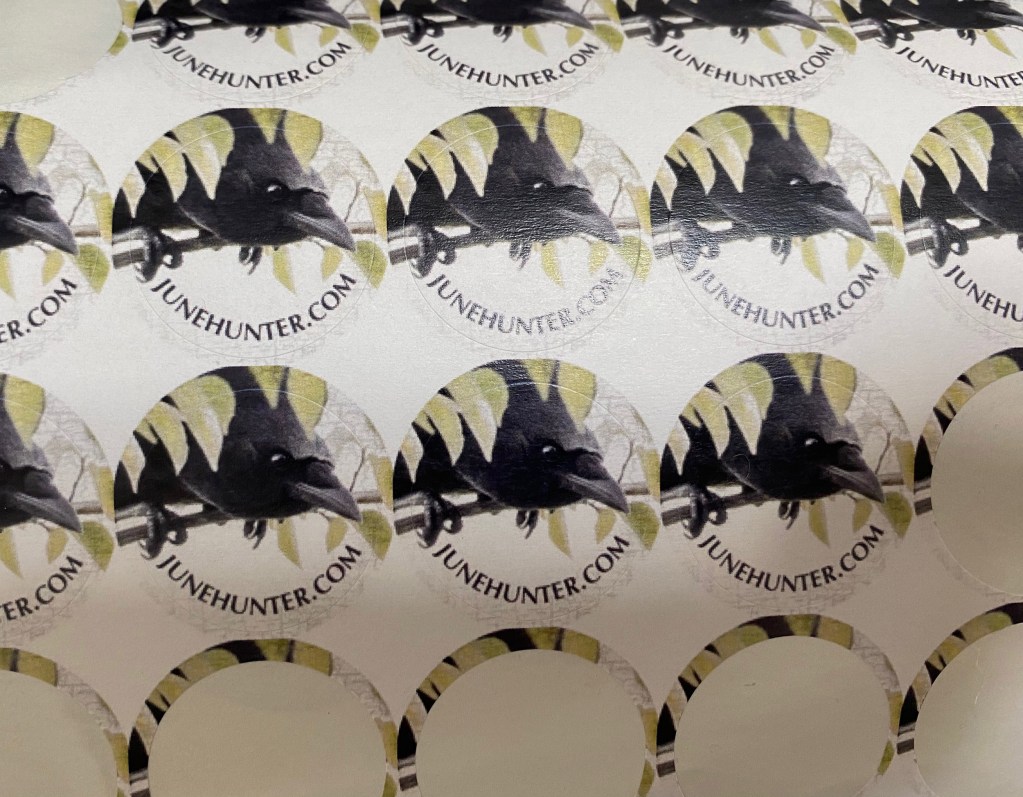 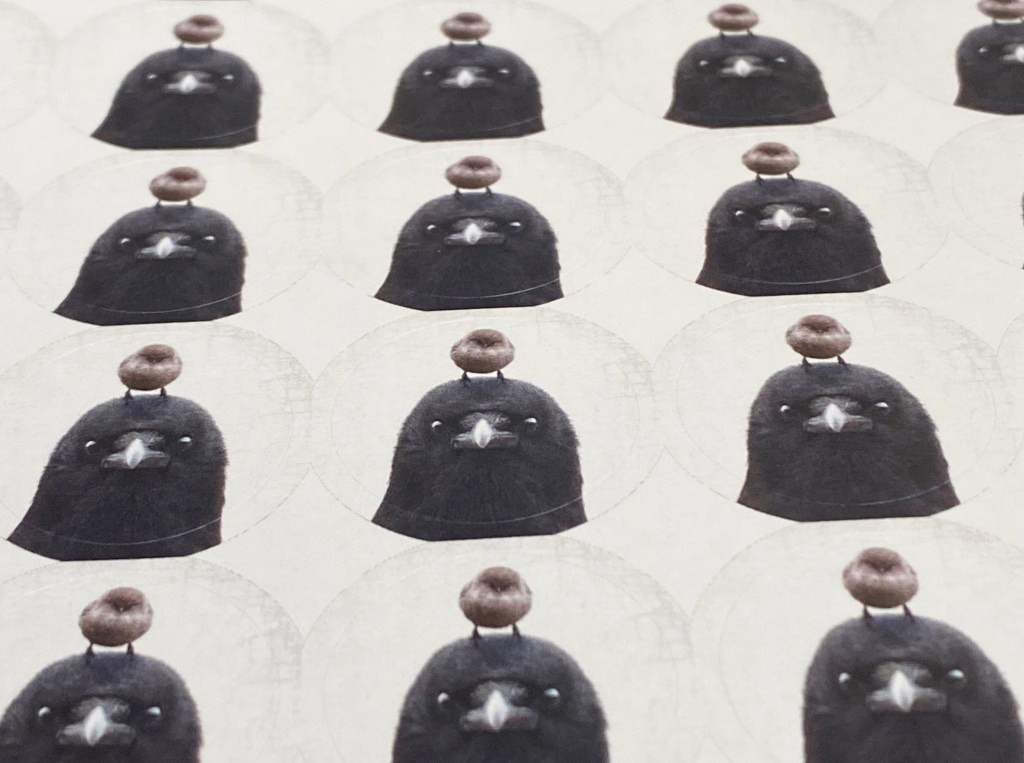 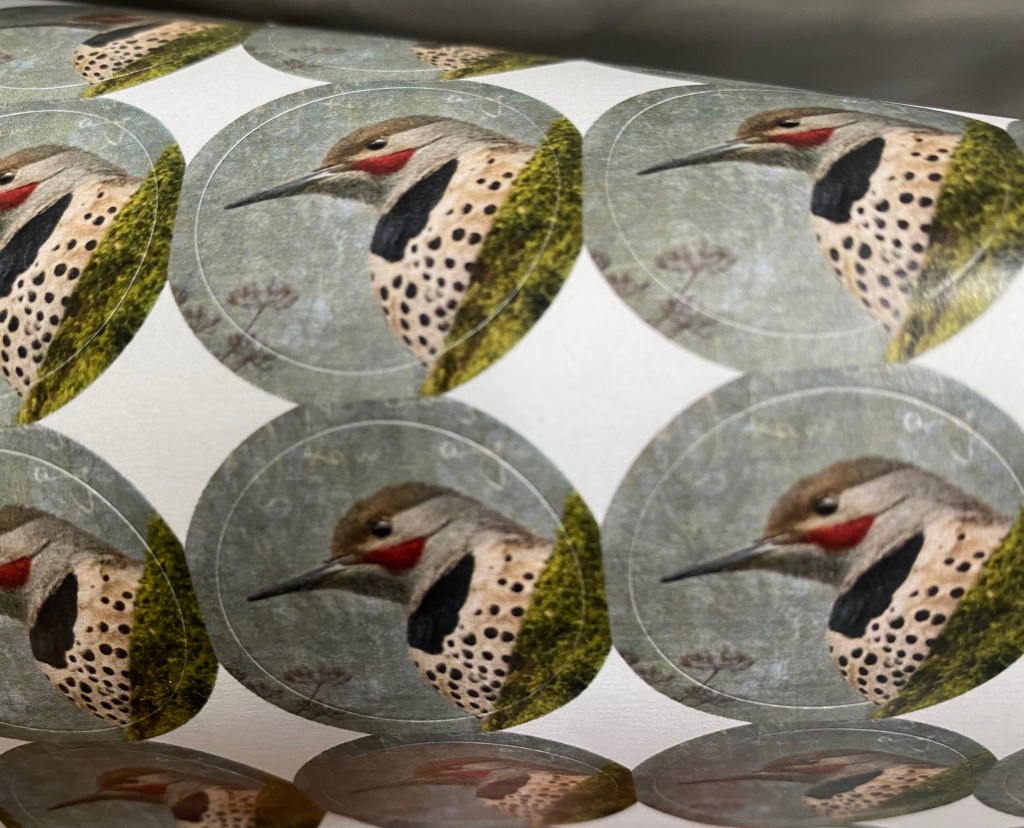 So the situation is that there are a few Agnes stickers out there in the world.

Now to my friend.

She and her partner have recently moved away from Vancouver. We had a farewell drink with them in the garden just last week. One of the last things she did before starting the trip to the new place on Vancouver Island was to pick up some groceries. Later, when she looked at the change in her pocket, she found Agnes gazing up at her … 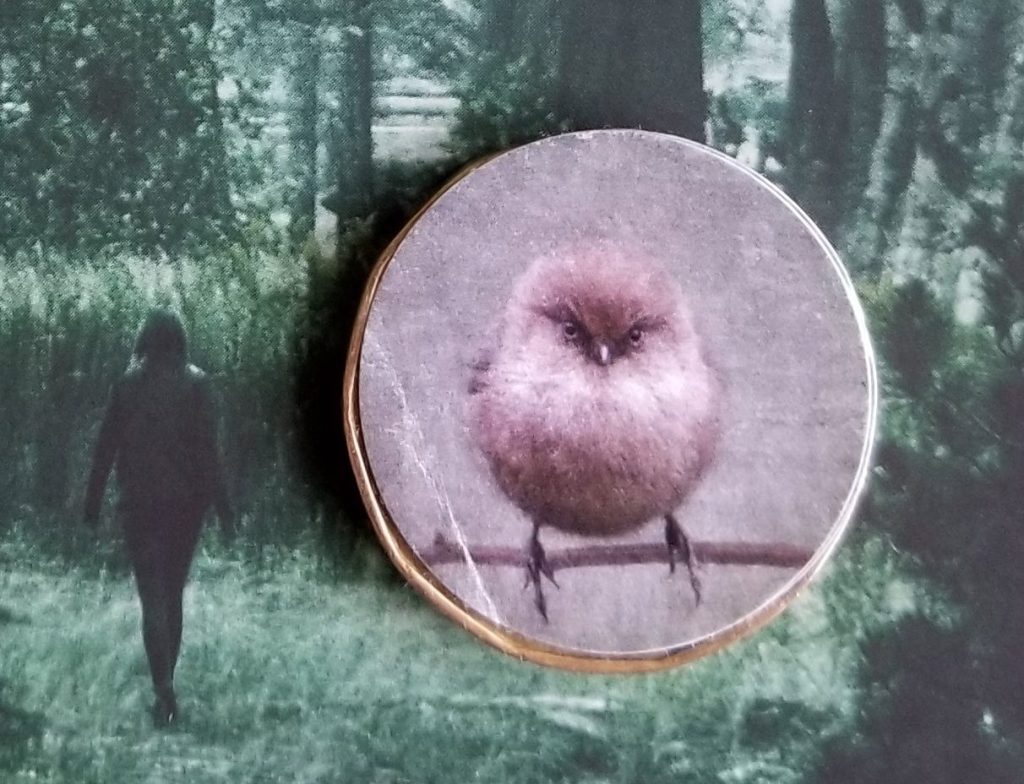 … having been stuck on the back of, what we call in Canada, a loonie. *

It fit perfectly as the stickers are, as we say here, loonie-sized. 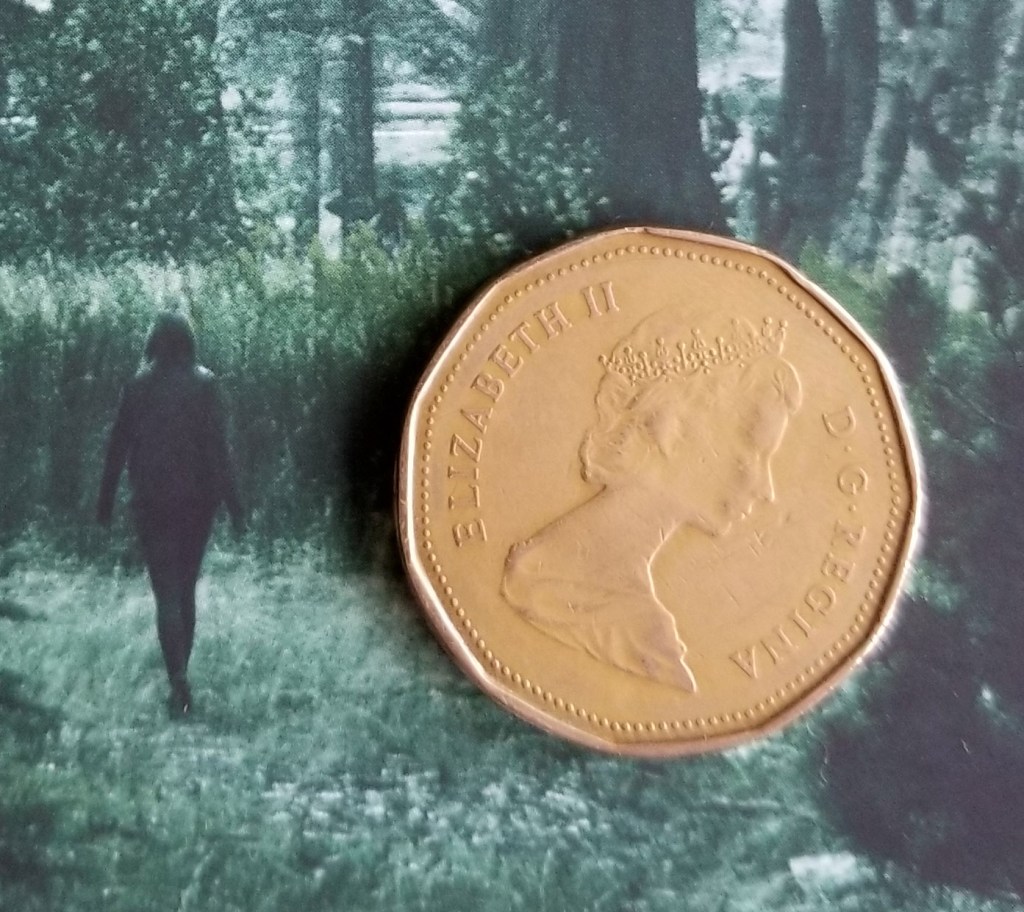 My friend sent me the photos above and we both thought what a funny and crazy coincidence that was. I also thought … maybe it was the universe giving me one more chance to wish her bon voyage. 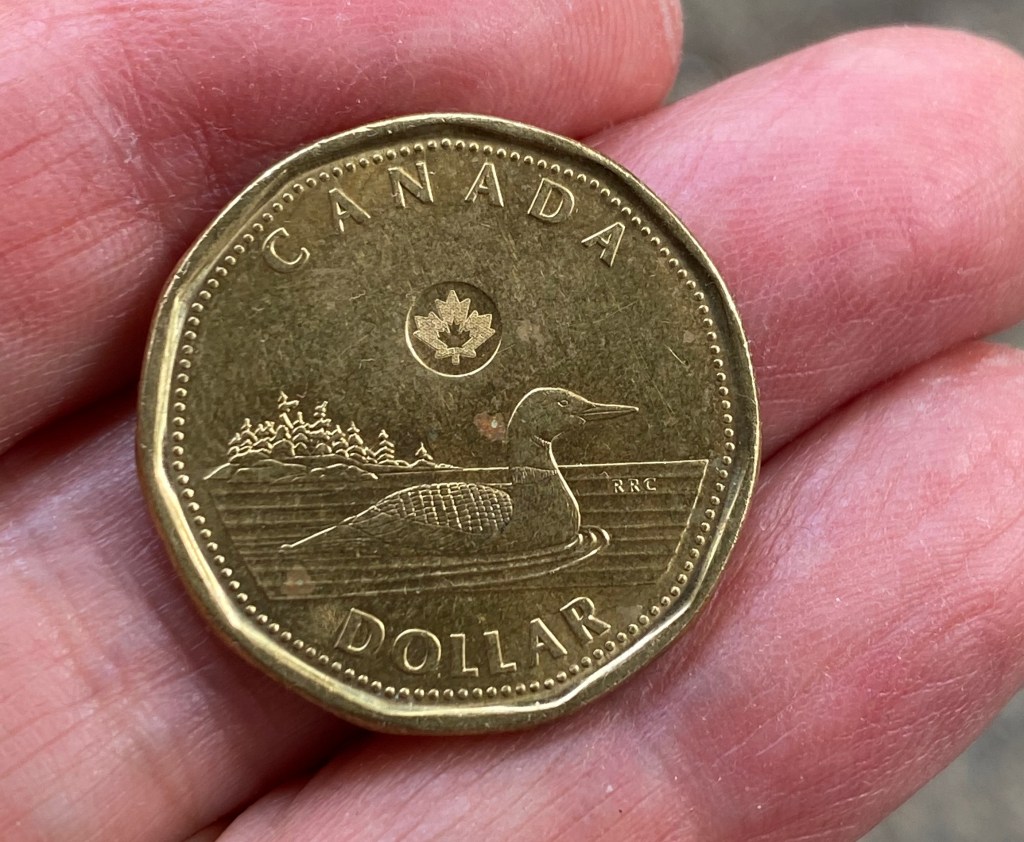 * This is why we call them loonies!

So, if it was you who put Agnes on the coin, thanks!

And now I think we can now describe Agnes as, not only small and determined, but also well travelled, and occasionally, legal tender! 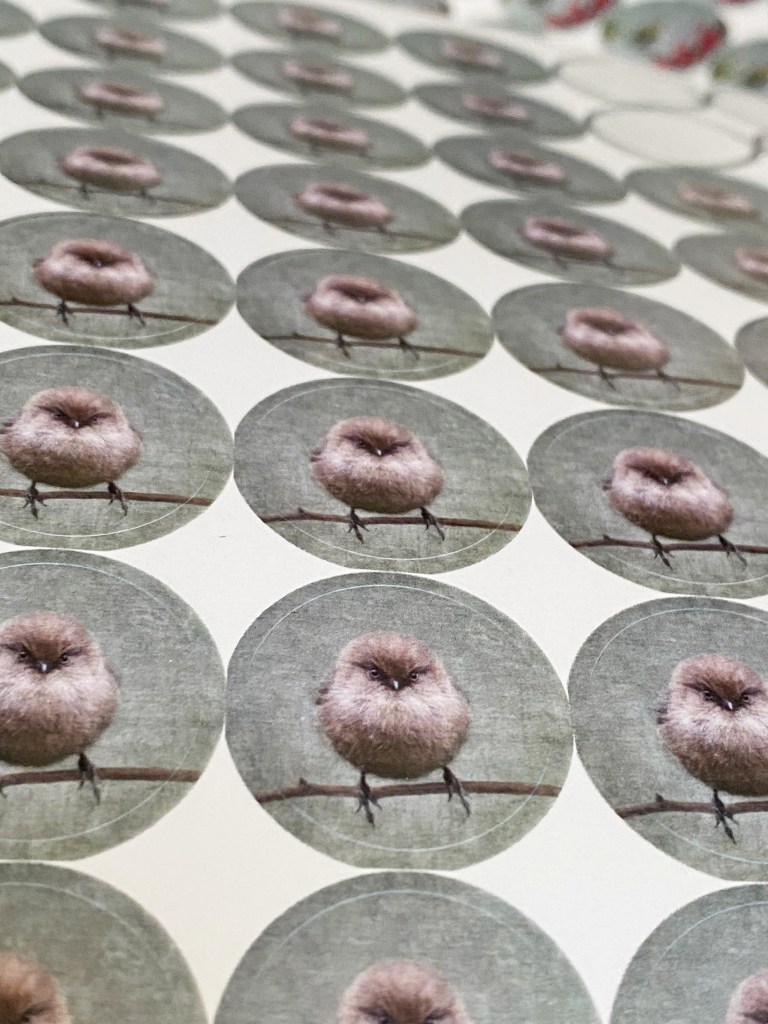