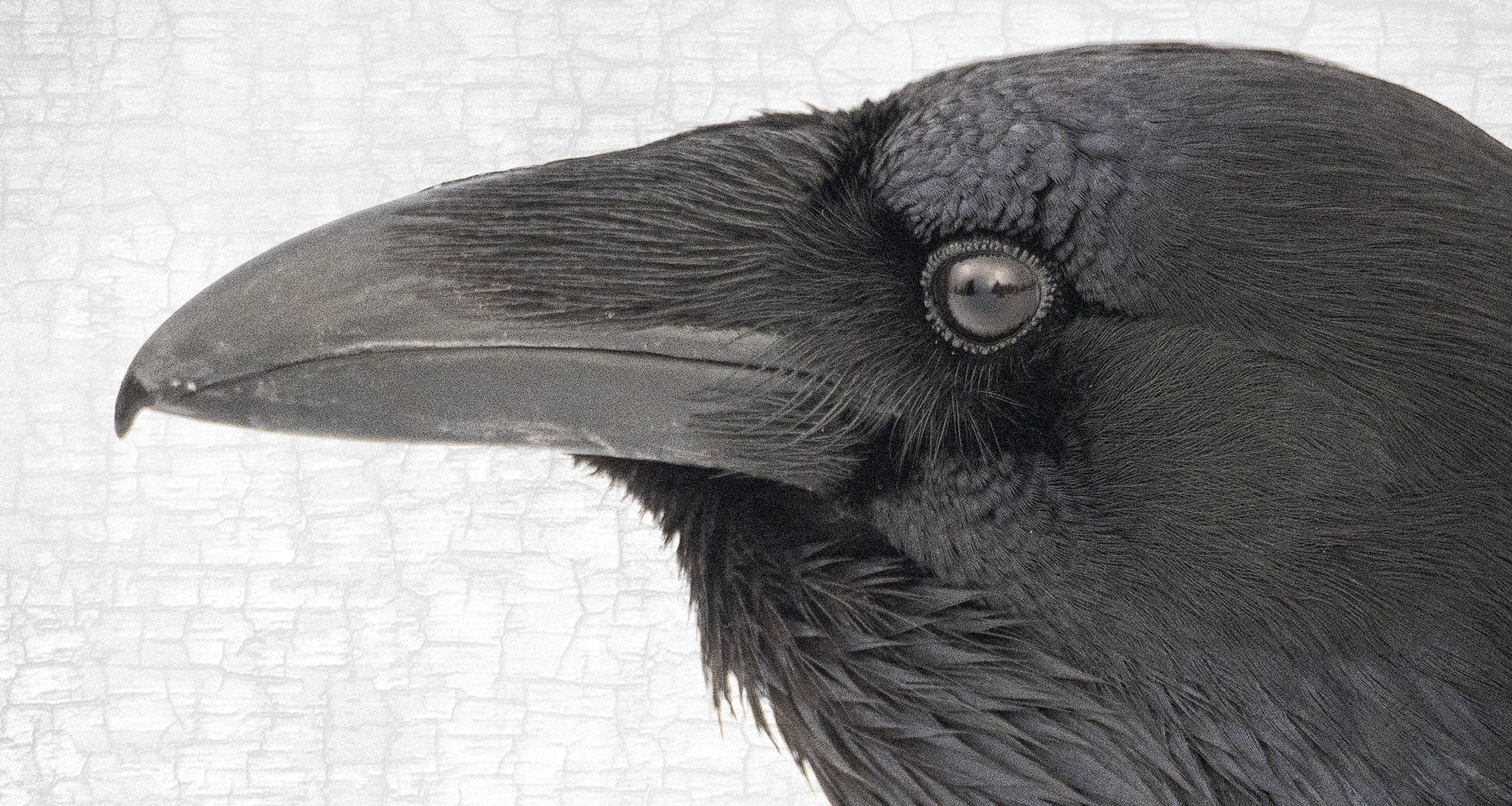 Not having made it up the mountains this week, I wasn’t expecting to hear that heart- lifting and immediately recognizable raven call.

And yet, wandering out to the alley with the recycling and no expectations — there it was. Unmistakable. And loud.

It was so loud because it was on the Hydro pole right beside me! Dropped recycling and pelted back to the house for the camera, just in time to catch a quick shot of a crow (undoubtedly Marvin or Mavis) dive bombing the visitor. 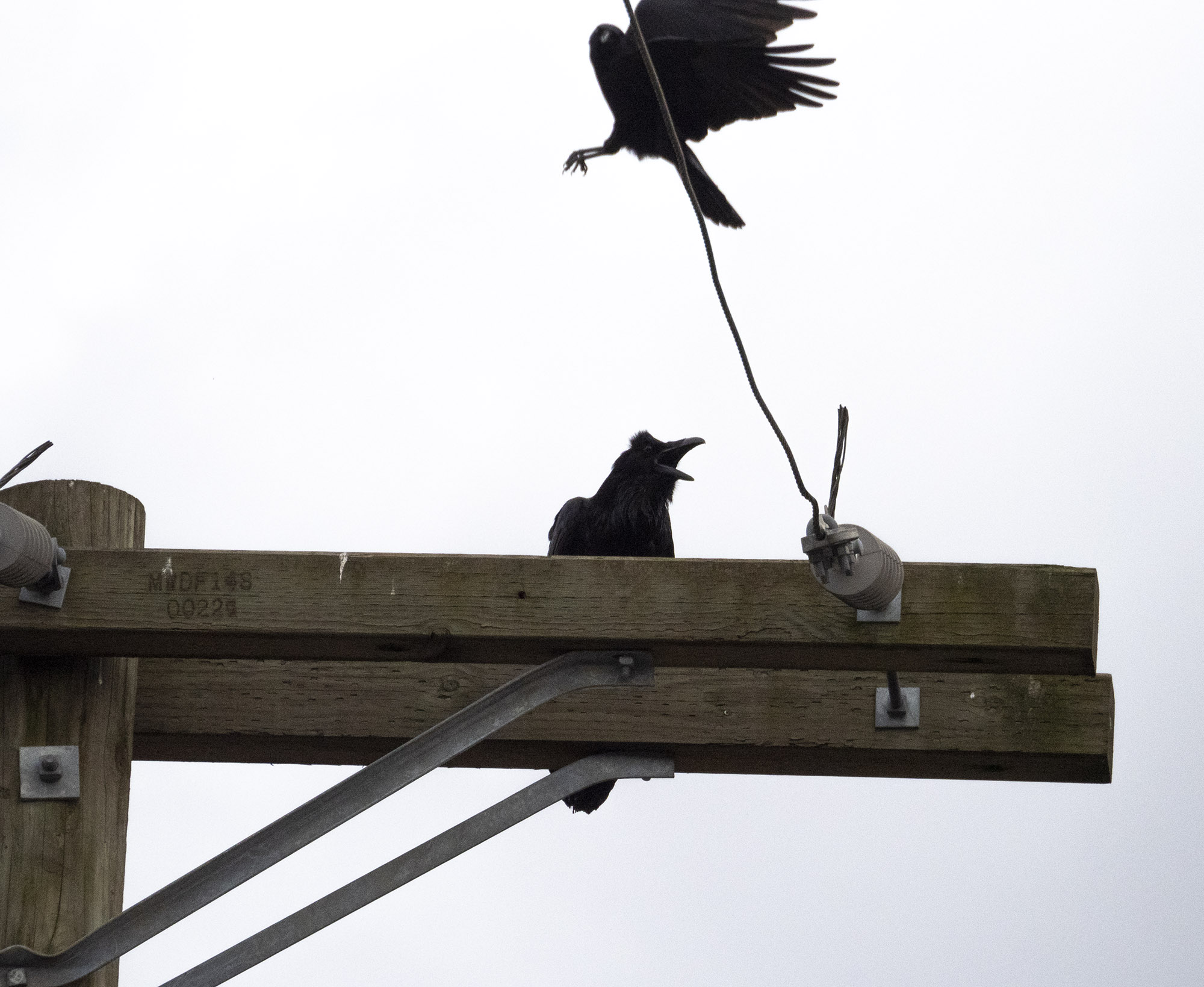 The raven flew off to the most unlikely of destinations — the construction site where they’re building the artificial turf sports facility for the private school at the end of the street. Naturally, I followed. 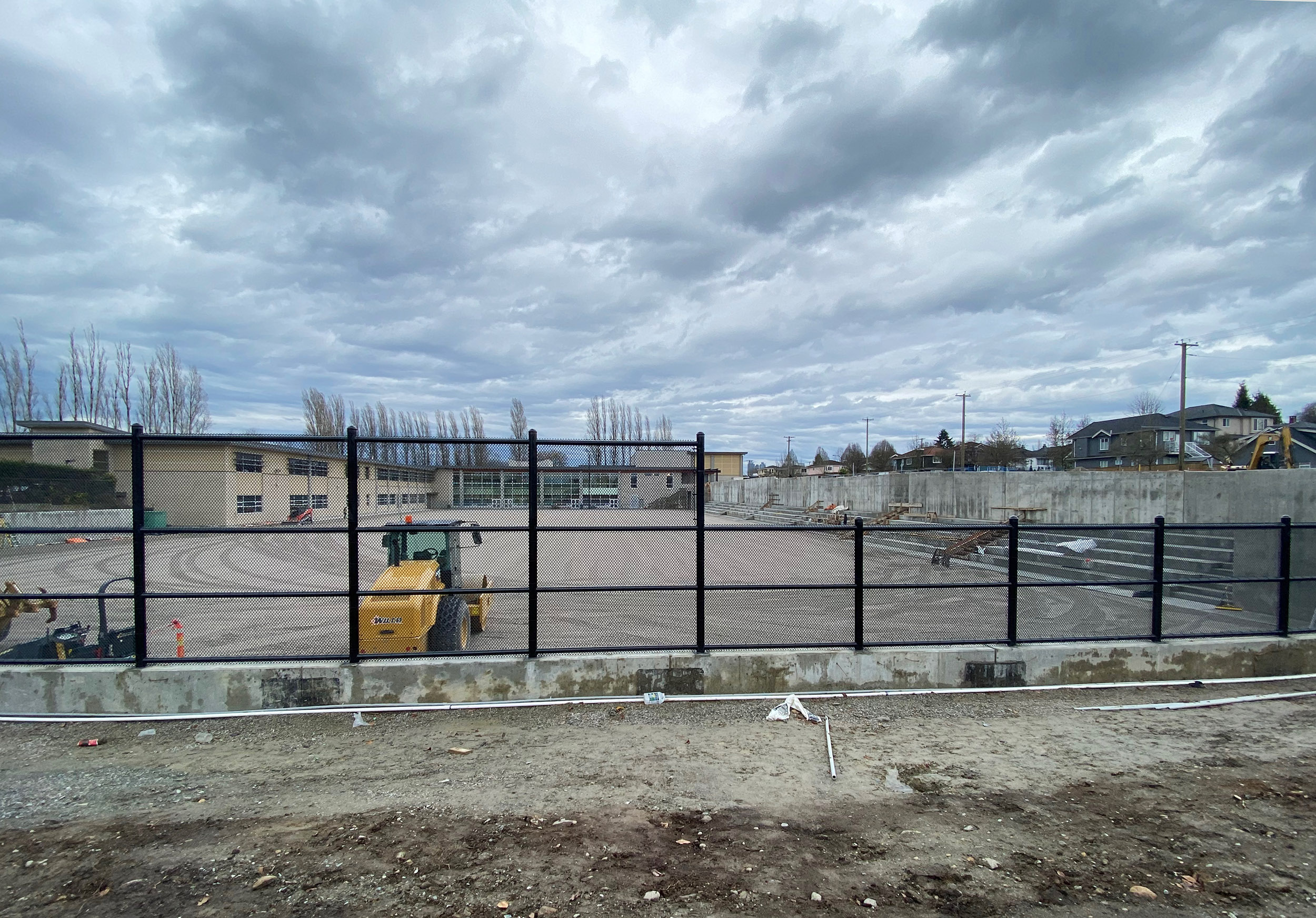 The upcoming video isn’t as pastorally playful as the one I took a couple of weeks ago of them enjoying fun in the mountain snow, but I think it’s just as interesting a display of how a raven brain ticks. Our resourceful corvid friend had a bundle of something in his/her beak. I couldn’t really tell what it was, but it seemed precious. Perhaps bones. Watch how carefully that treasure is cached under whatever material is available — in this case, great lumps of grey road crush.

My favourite part is the ultra-casual “nothing to see here” saunter away afterwards.

Adding extra excitement, the flag person for the construction site yelled at me and told me I wasn’t allowed to take photos! Huh? Not wanting to get into the dubious legality of that statement, I just pointed out the raven and continued filming. Luckily for all concerned, they decided to just let the crazy corvid lady alone. 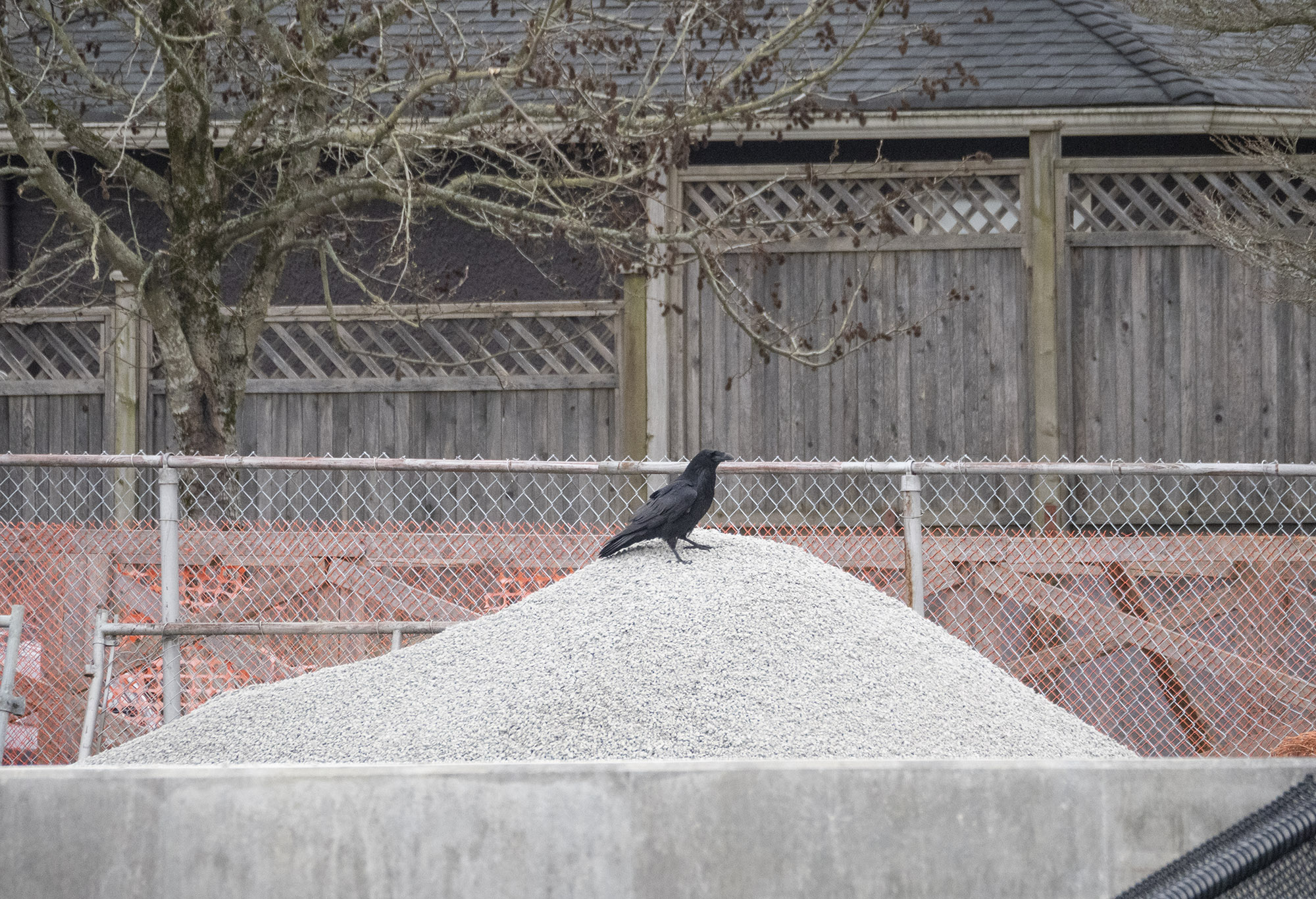 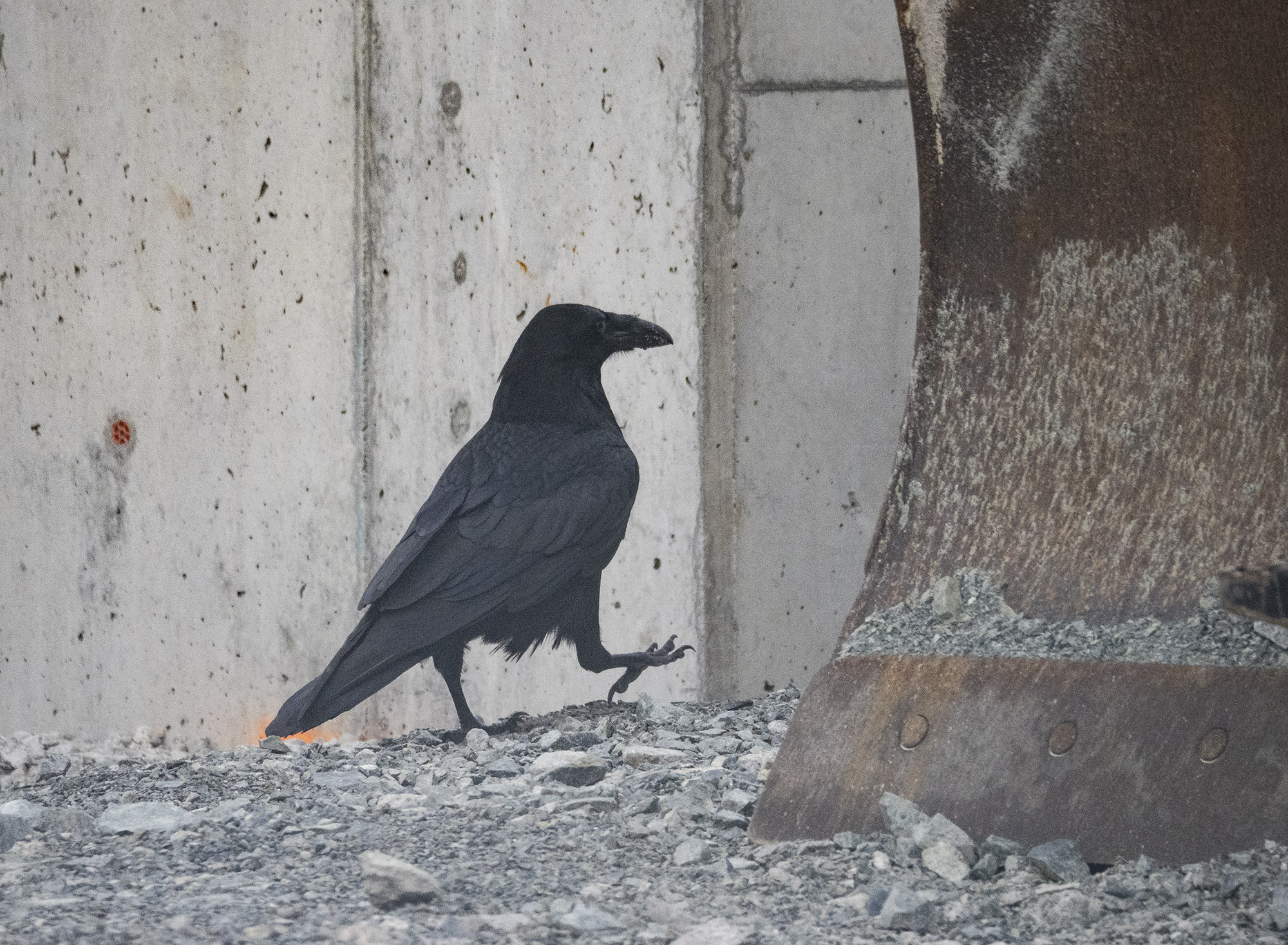 After a short site inspection, taking in the piles of gravel and some of the heavy machinery, the raven tried out the acoustics. Even before all the extra concrete was poured for the sports facility, this area was occasionally appreciated by visiting ravens for its echo chamber qualities. (See: Special Days, 2018) Yesterday’s calls , shown in the following video, reminded the crows to renew their official protests.

After a brief stop in nearby tree and being re-mobbed by crows (mostly likely Marvin and Mavis again) our visitor decided to move on.

I often wonder if the ravens we sometimes we see in our neighbourhood have just popped down from the local mountains. Vancouver seems very close from there, all spread out below, and not too many powerful wing flaps away for a raven with an urge for some urban excitement. Anyway, it makes me happy to know that, even if we don’t see them every day, they’re close.

I’m always, always straining my ears for that call. 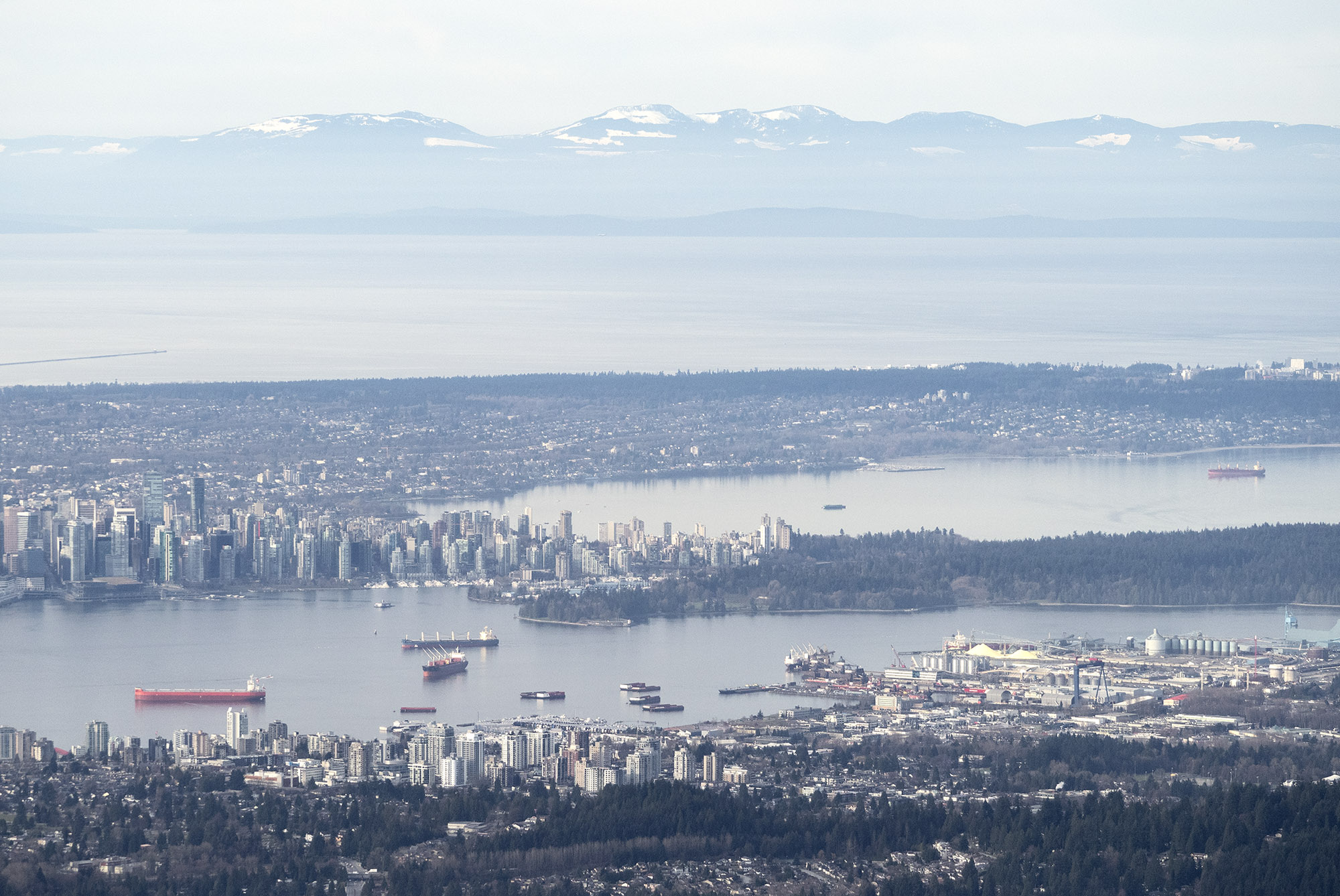 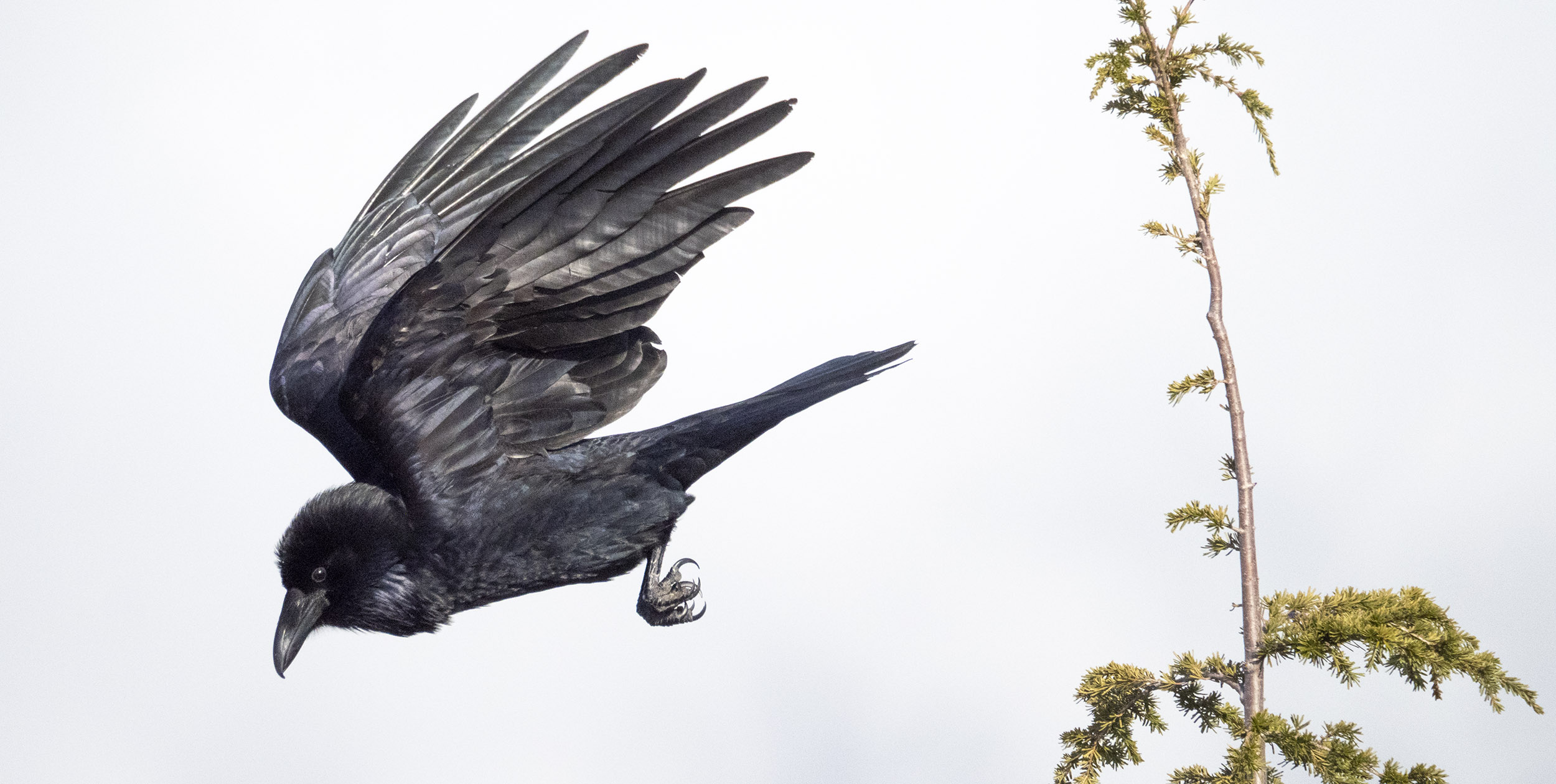 For more ravens in the city, see: