Well, obviously the ravens of East Vancouver did not think much of my raven language skills! The very morning I published Learning to Speak Raven, they sent a tutor to teach me some new phrases.

I could hear the crows fussing and a raven making some sounds I’d never heard before as soon as I got up. Threw on some clothes (out of consideration for the neighbours) and rushed outside with my camera — but I’d missed them.

But it was my day for a lesson in raven anyway. When I took Geordie out for his walk later, my instructor returned. She landed on the neighbour’s roof and began a virtuoso performance. I think she may have been trying to show me just how little “raven” I know.

If you don’t see the video below, click HERE.

Apologies for the quality of the video, but it was raining and  I had a dog on the end of a leash  who was more keen to continue his walk than to hang  around watching a raven. 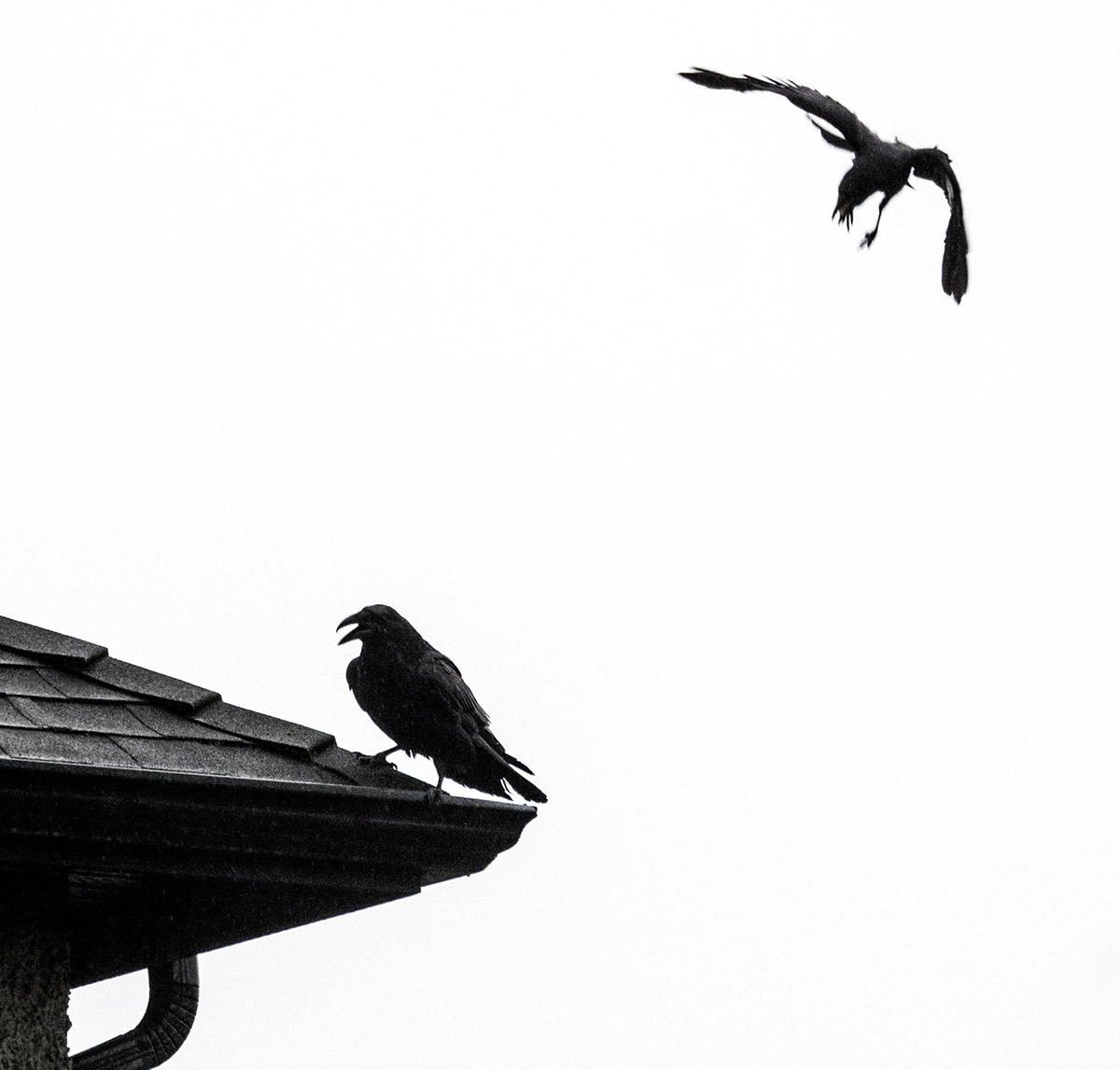 As usual, the crows were unimpressed with the visitor. 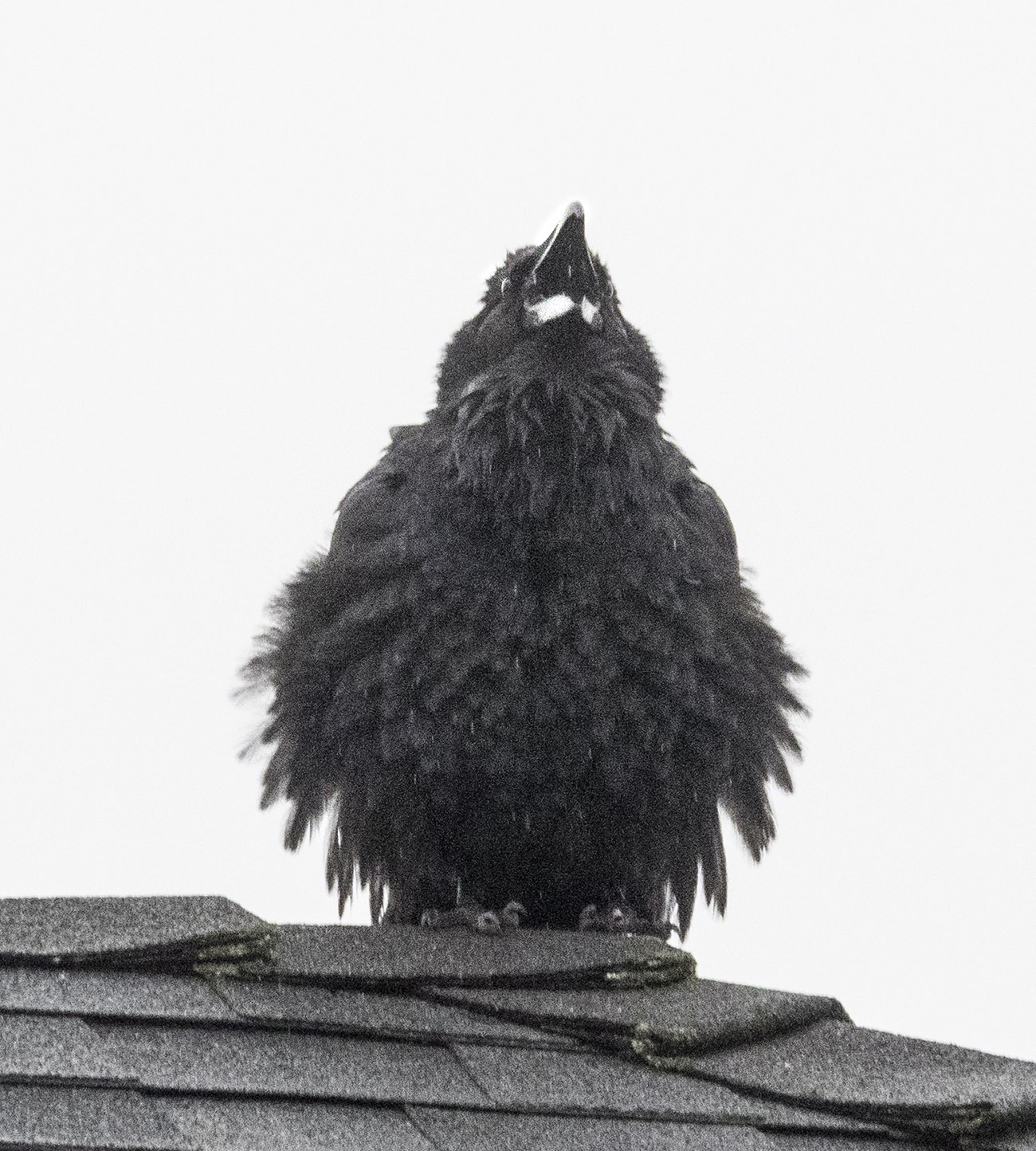 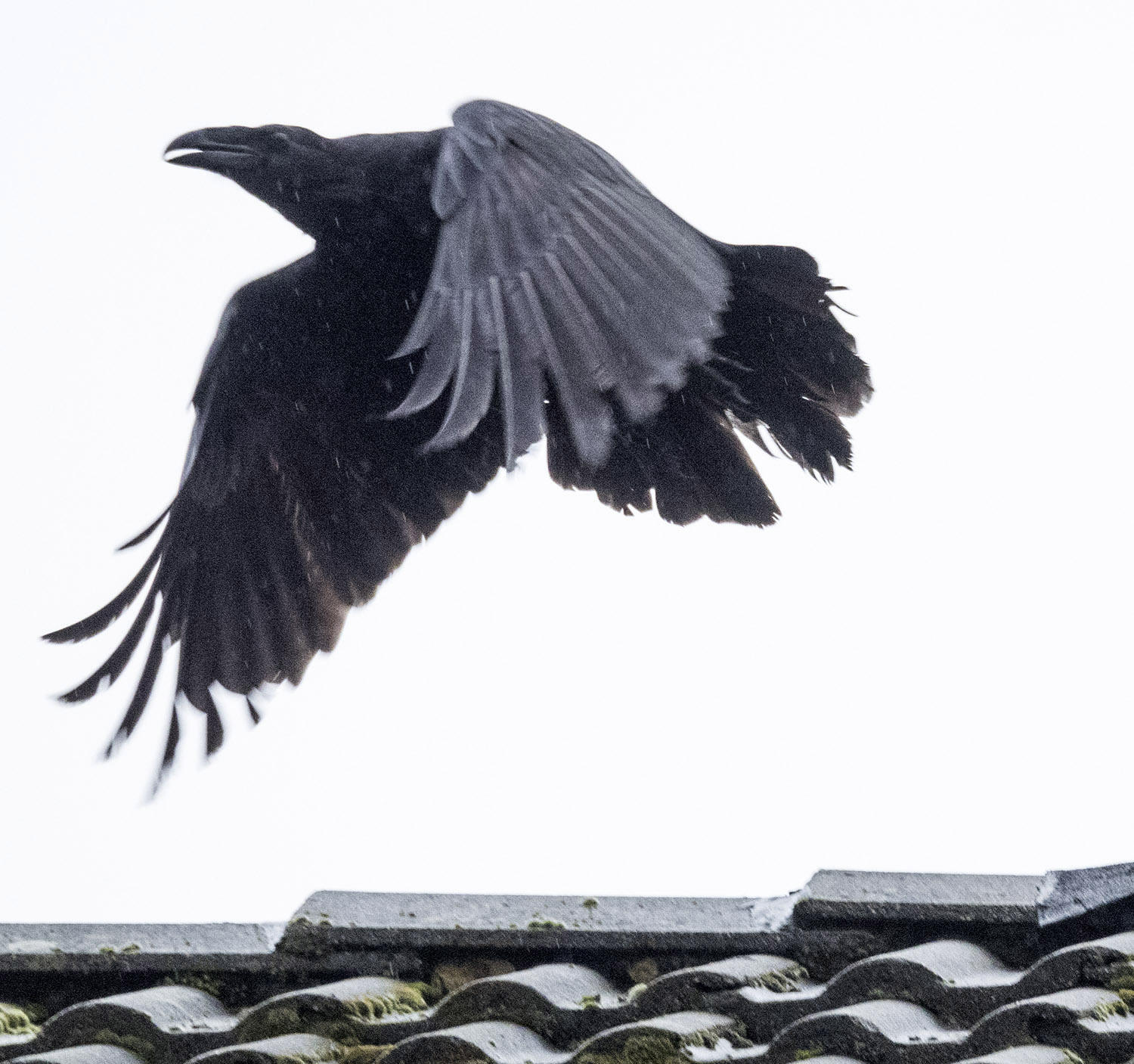 Eventually, she decided to take her performance elsewhere. 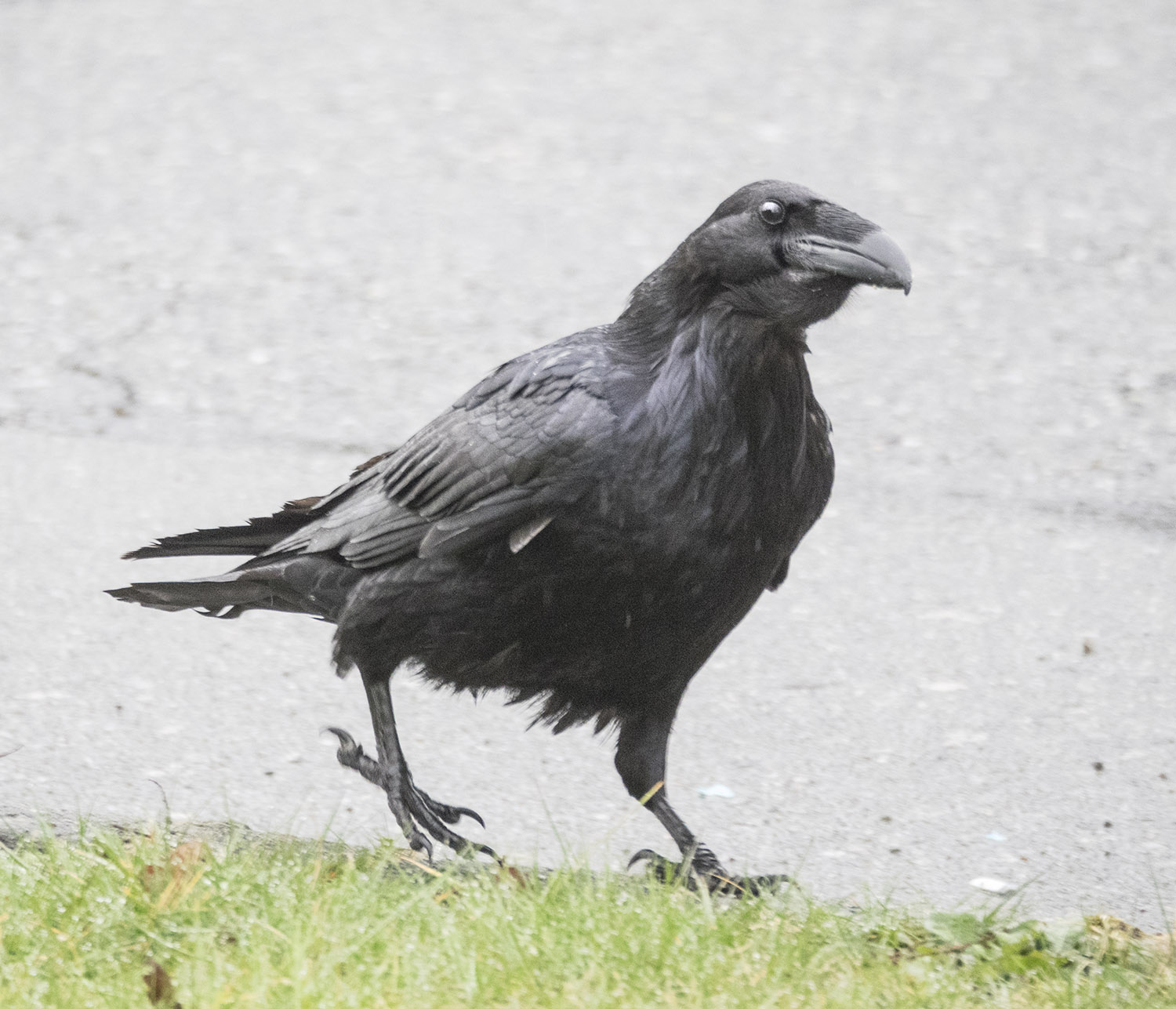 But not before taking a little walkabout.