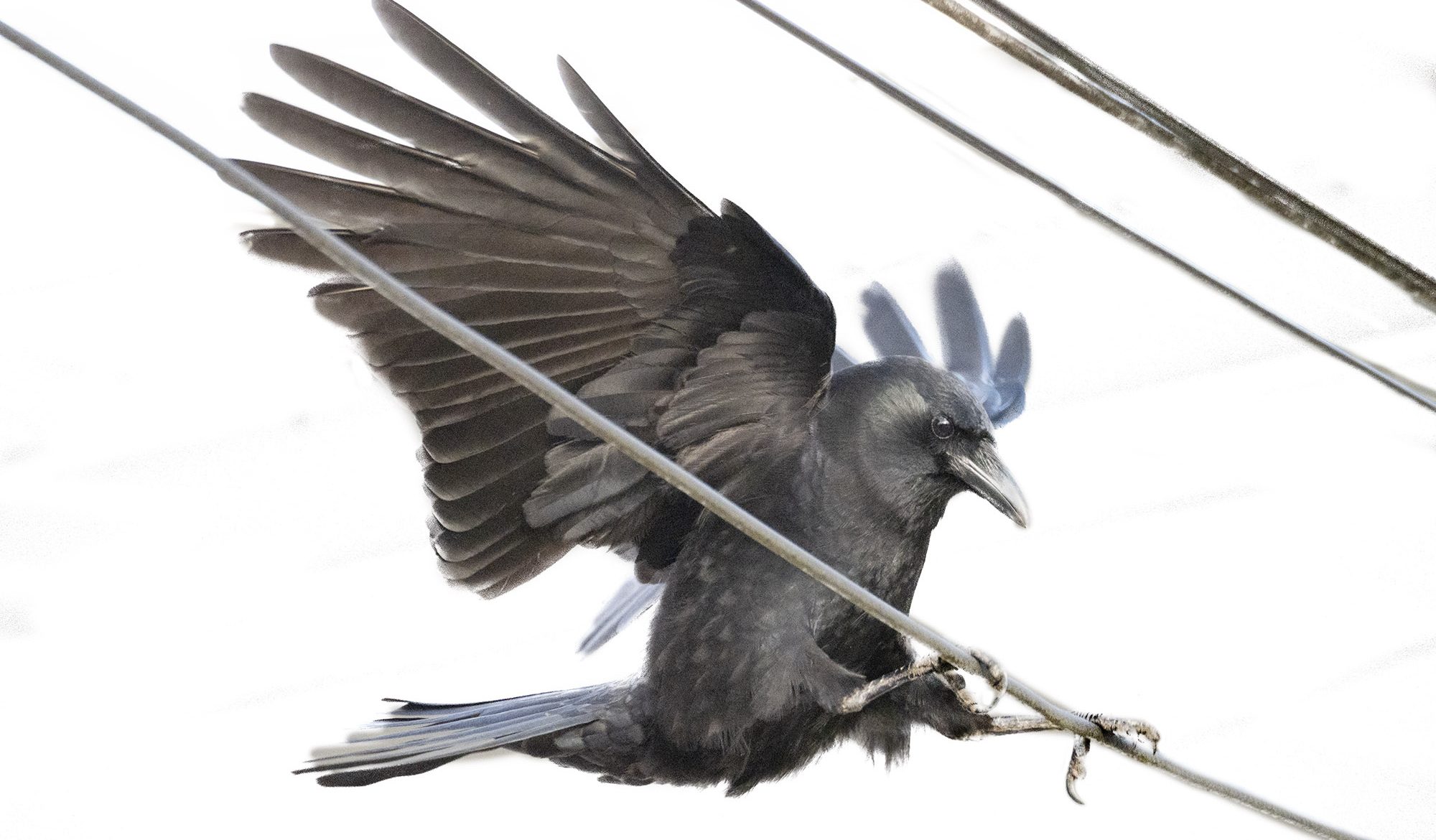 It would seem that the local corvids took exception to the title of my “Boring Walks” series and have been pulling out all the stops to prove me very wrong.

Young Chip must have been especially offended, as she’s been starring in her own production of Cirque du Corvid this week.

Remember I said in Boring Walks Part One that Chip is fast and cheeky? It seems that she read that and thought, “you ain’t seen nothing yet!”

At first I didn’t notice Chip at all. It was Marvin, sitting on the fence and staring intently up at the sky. 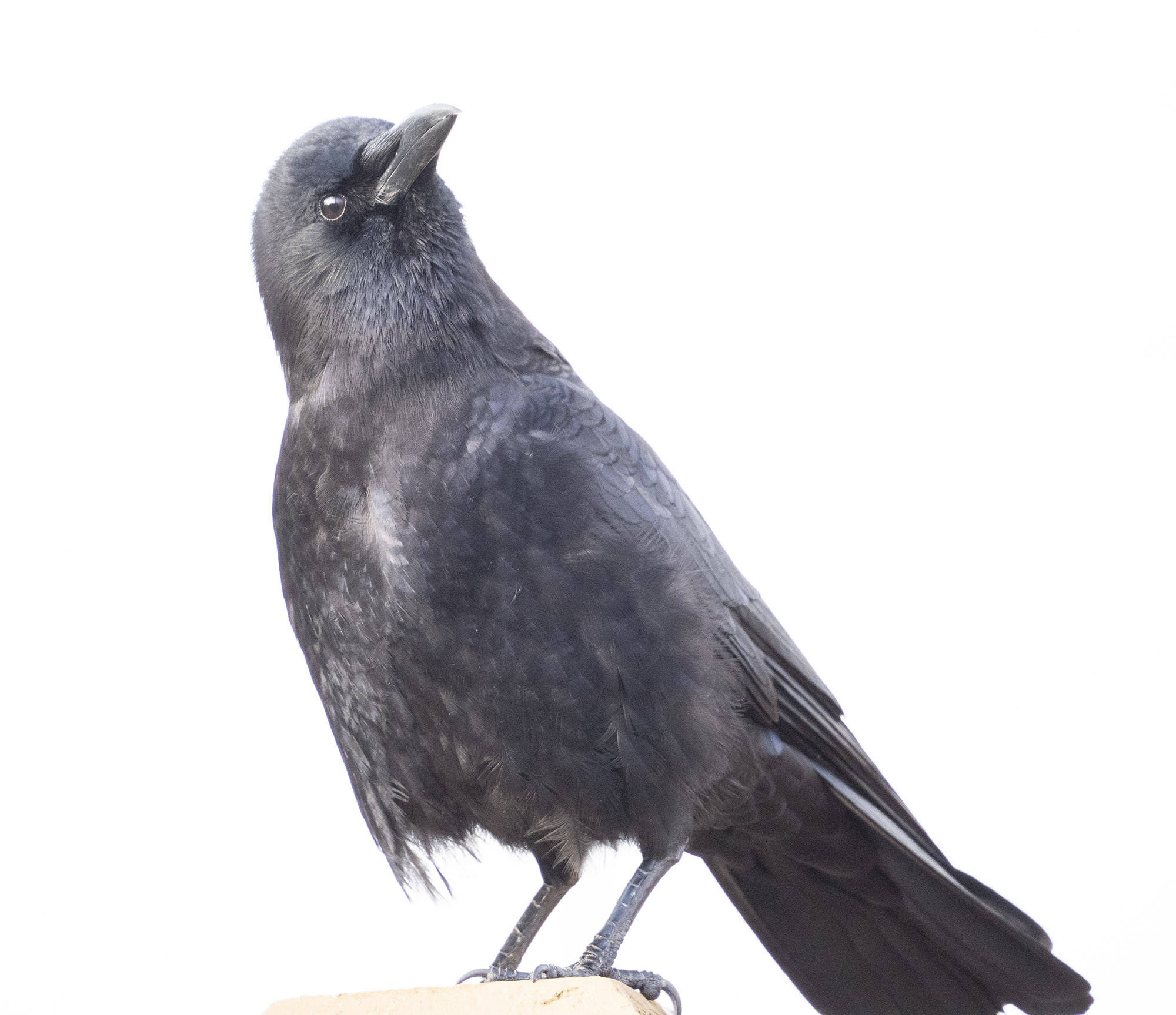 So I looked up to see what he was watching … 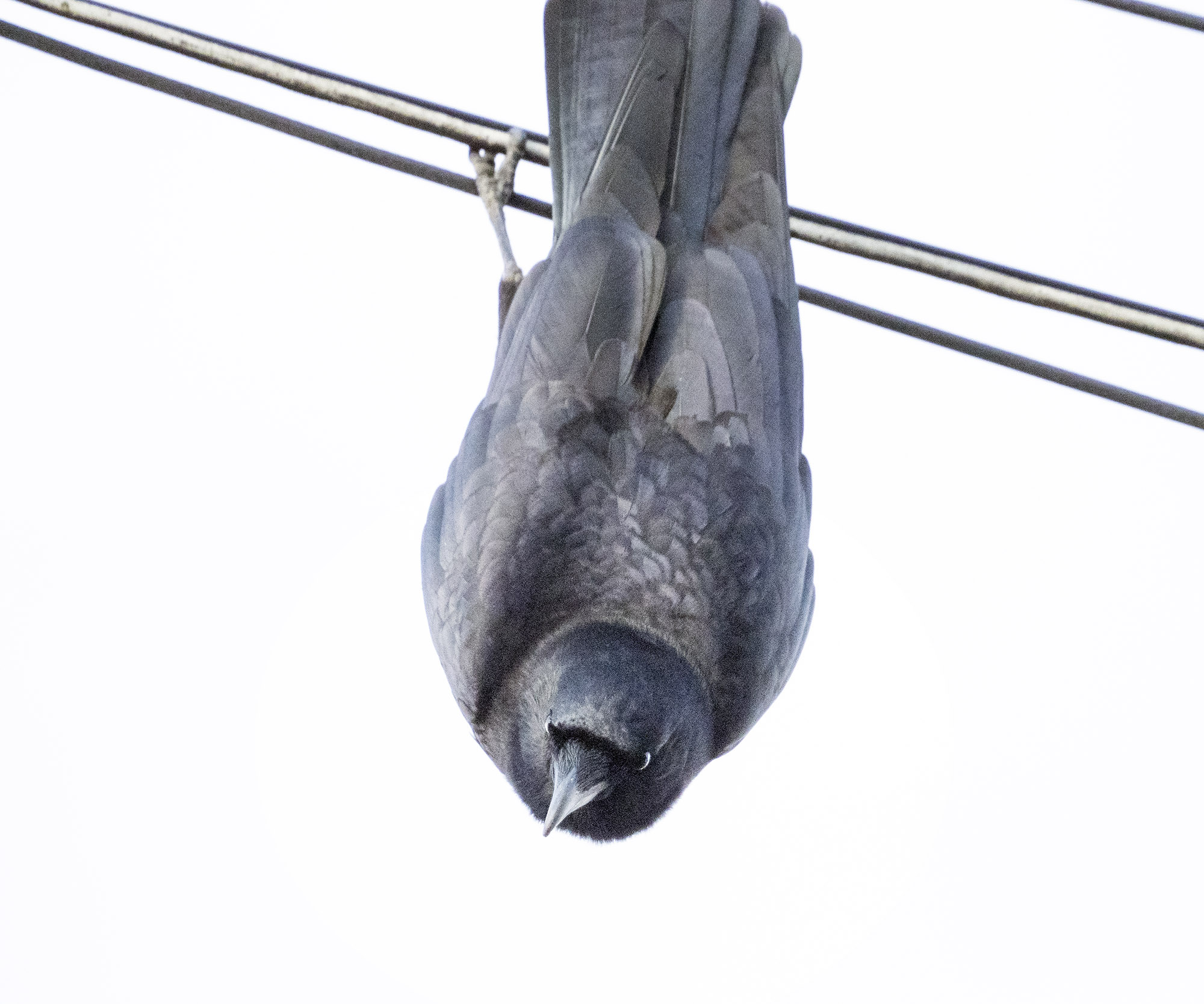 In all my years of watching crows, I’ve only ever seen this hanging upside routine once before.

But Chip wasn’t JUST hanging around. Oh no.

She hung there for a minute or so and then let go, prompting Marvin to give chase.

That was so much fun, so she did it again. And again. 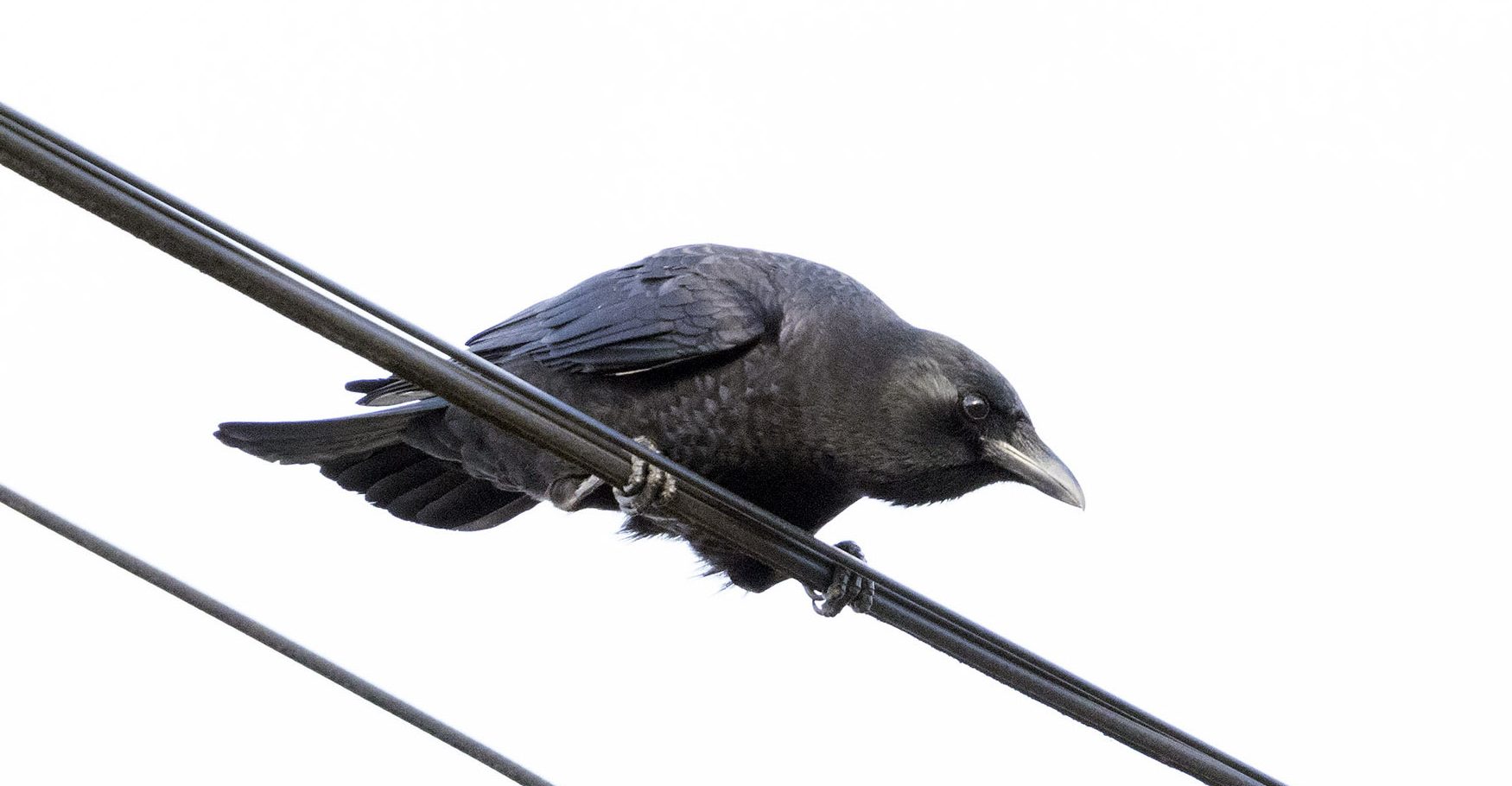 Looking to see if Marvin is watching 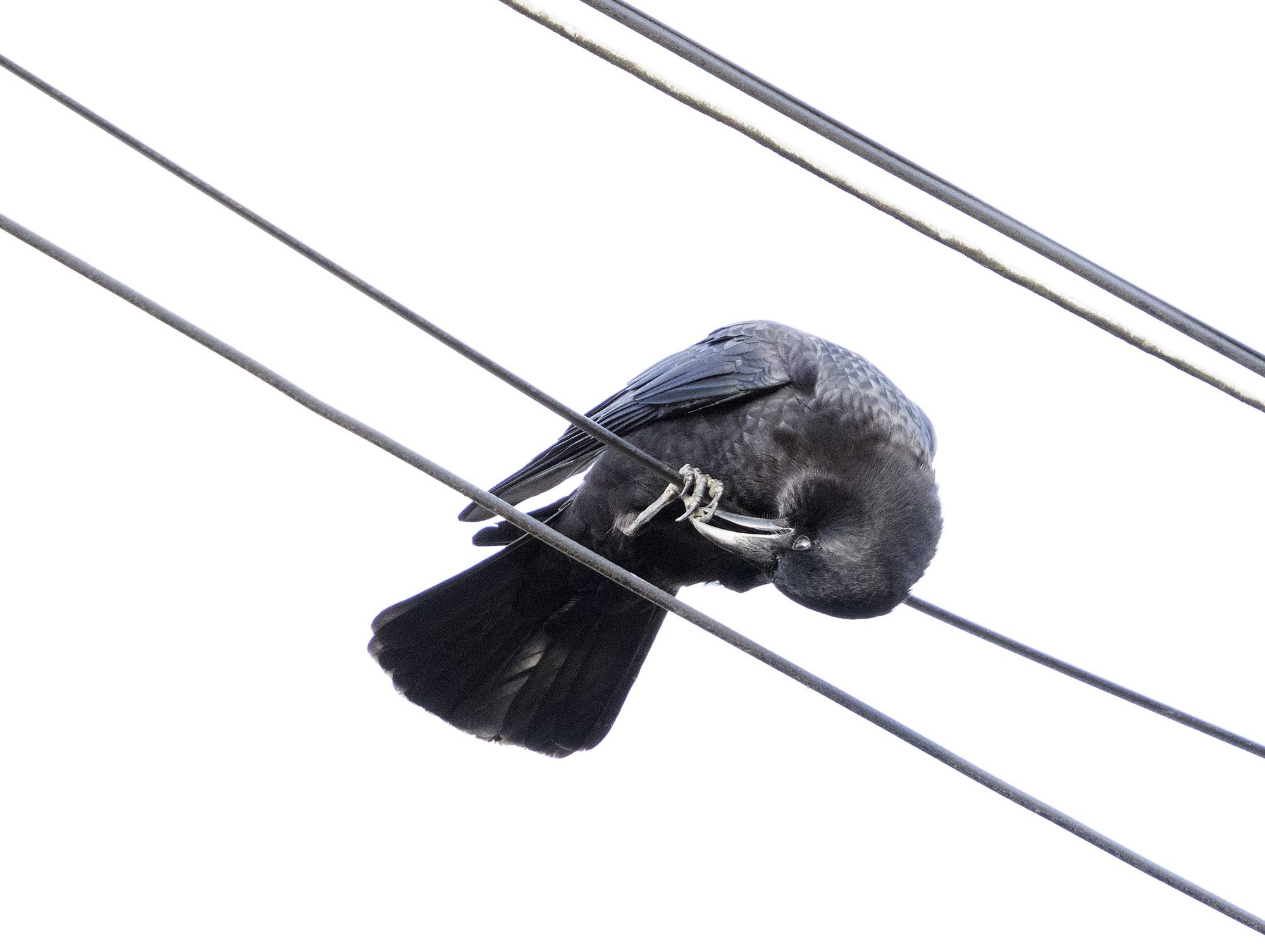 A head tuck and fiddle with the feet 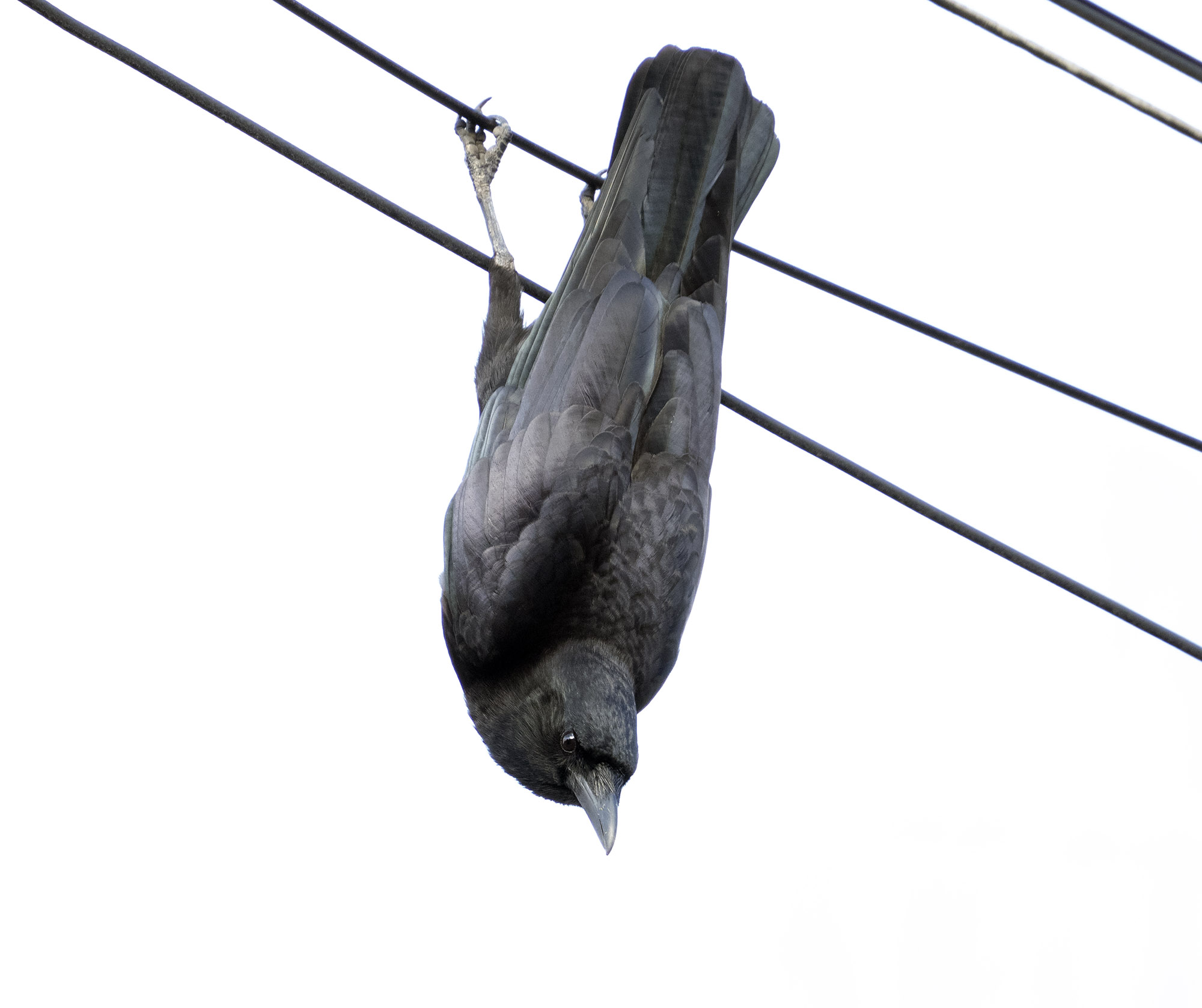 And down she goes 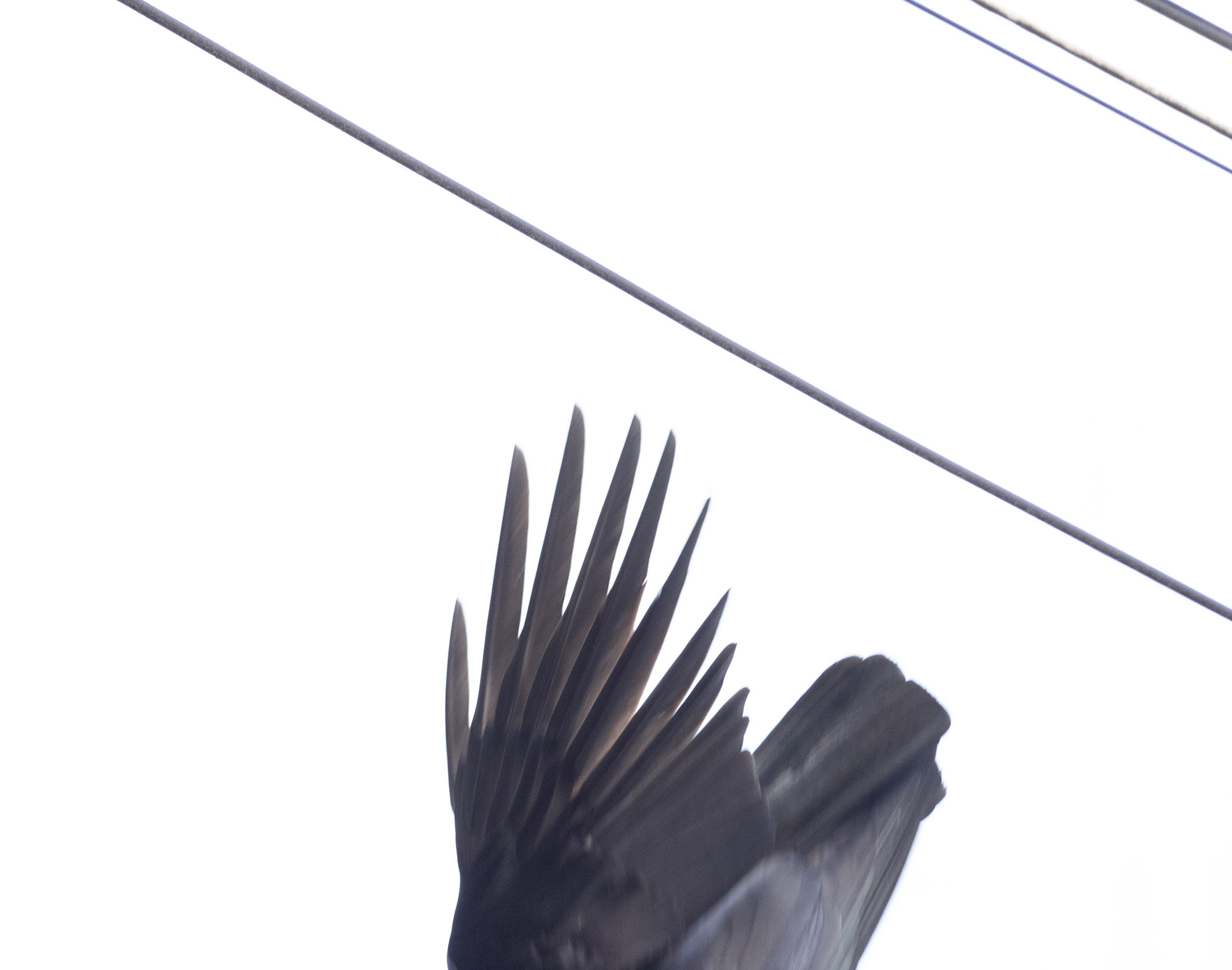 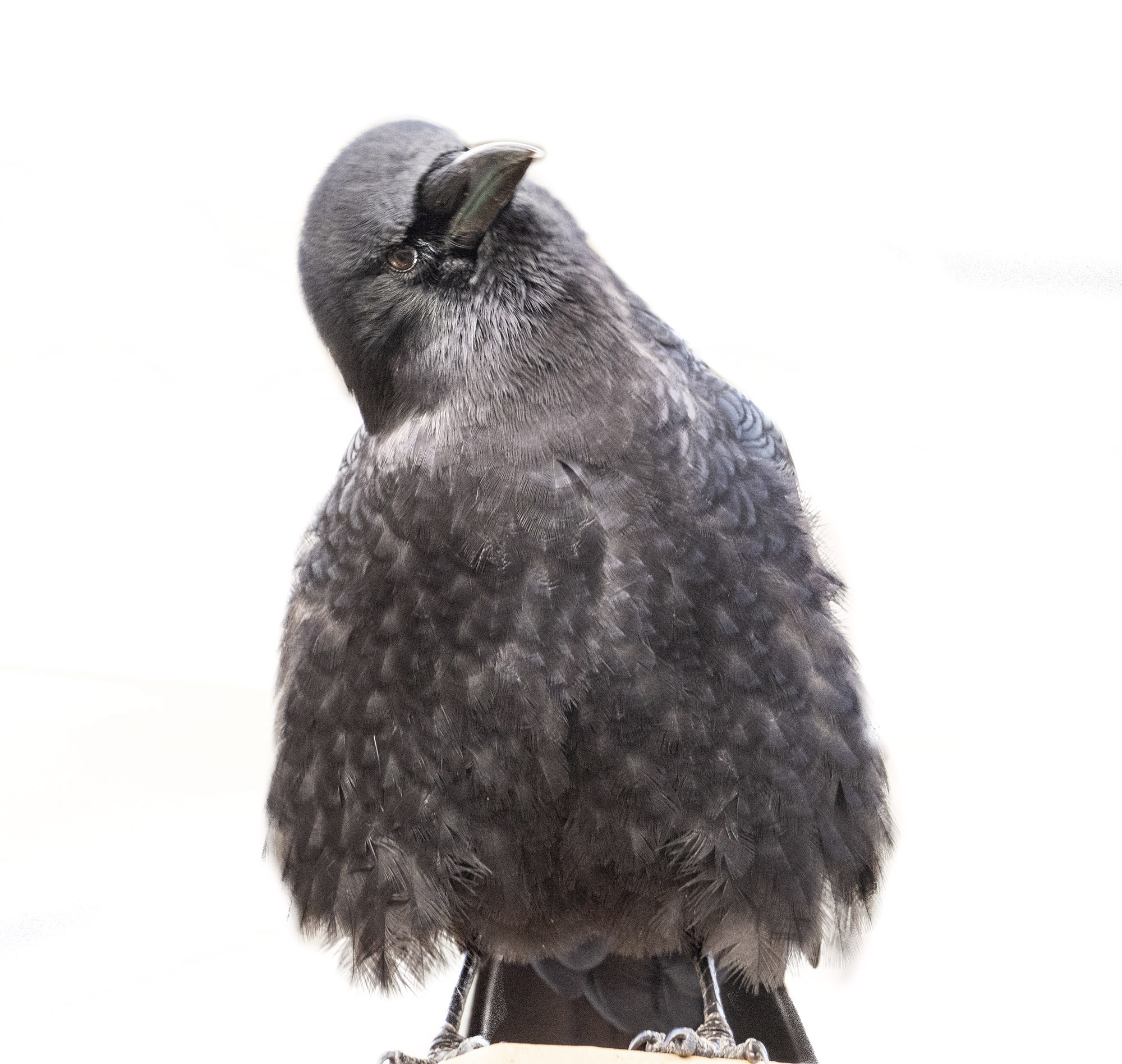 Chip apparently decided that the “hang and drop” routine was too simple, and added to her routine by clambering, using feet and beak, between the multiple rows of wires. 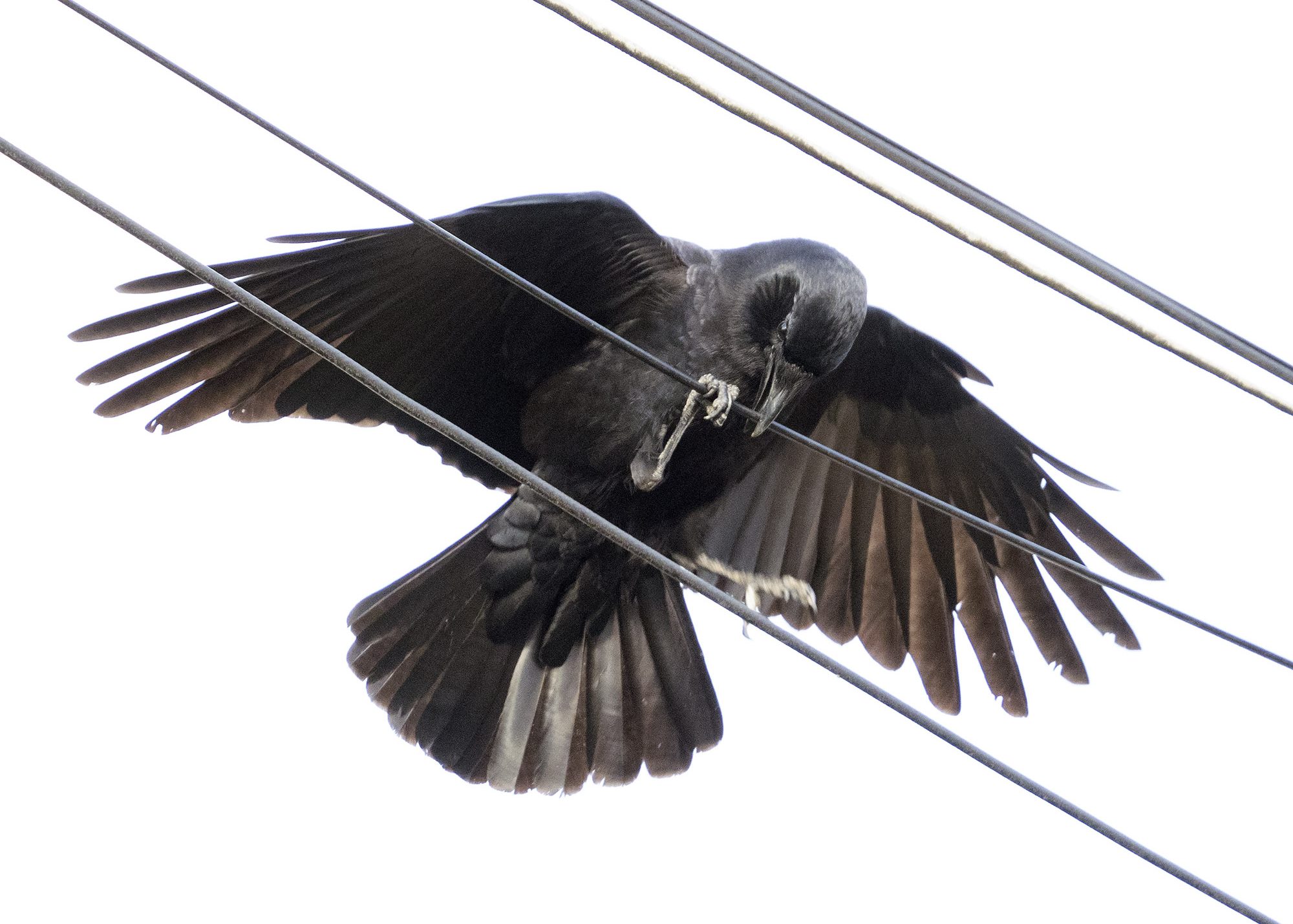 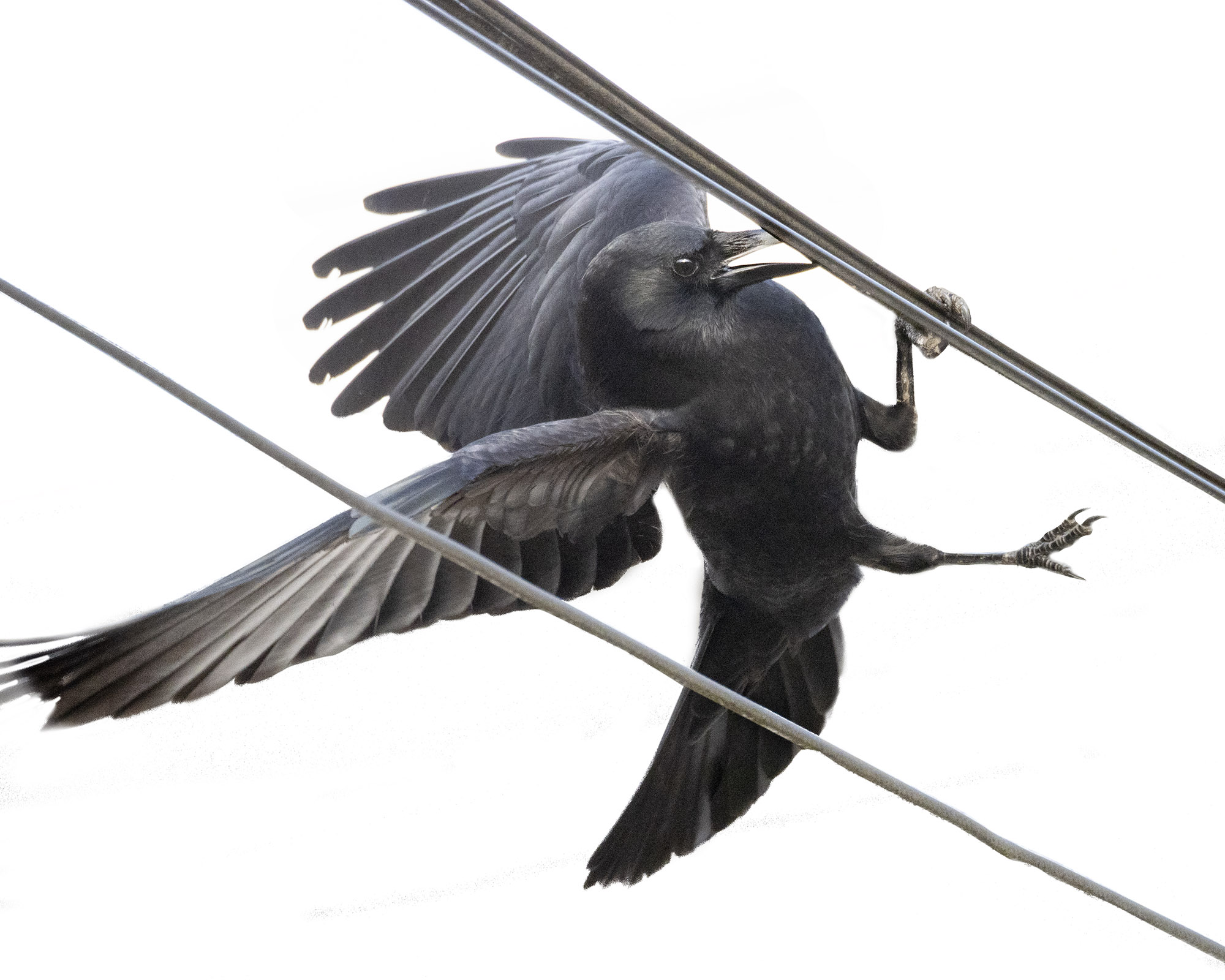 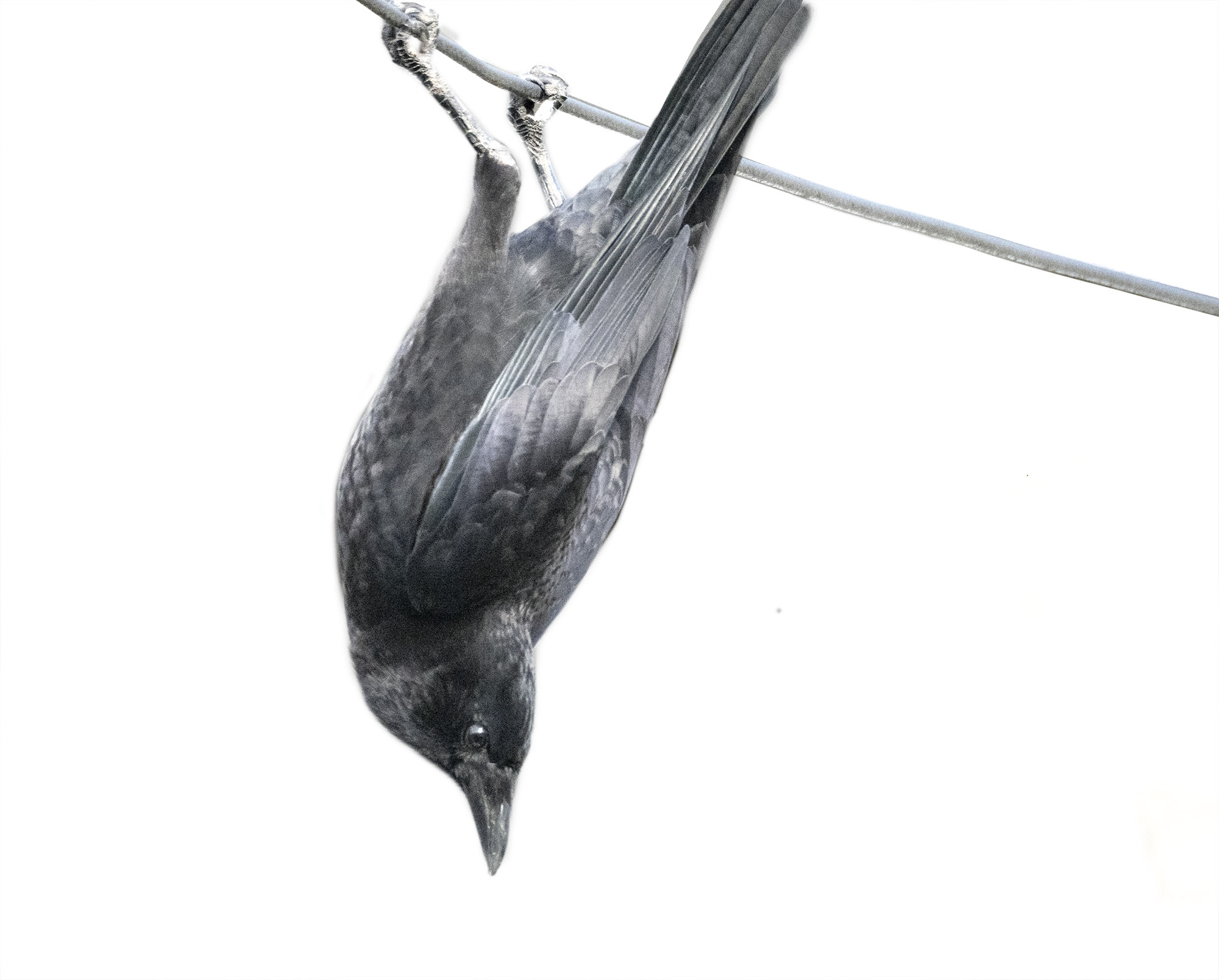 But with the same end goal — flip, hang, drop and get chased. Woohoo!!

Down on the ground, I was literally gasping at the acrobatic skill. At the same time, I was laughing out loud at her determination to draw Marvin, who was trying to look very dignified, into her vortex of fun and games. 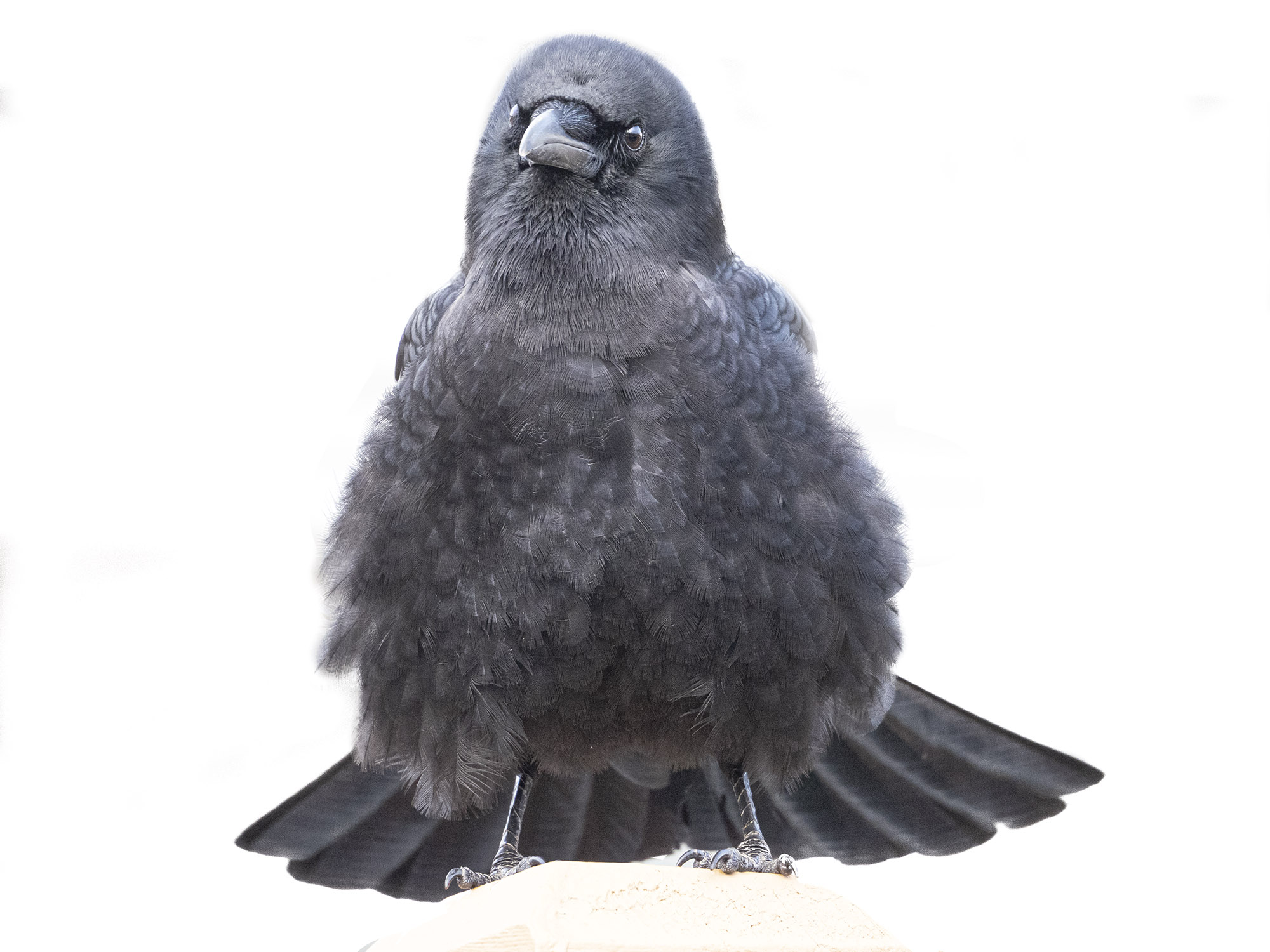 Chip’s family, The Mabels, weren’t even around — it was just her, having a laugh with the neighbours. She often visits the garden when Marvin and Mavis are there. They’re pretty territorial and have spent months trying to chase her off, but they seem less fussed about her presence lately.  After all, she is pretty darn entertaining — and way too fast to catch anyway.

Chip’s lesson for me this week — you can just be hanging around, being bored and a bit grumpy — or you can go ahead and make an art form out of it. 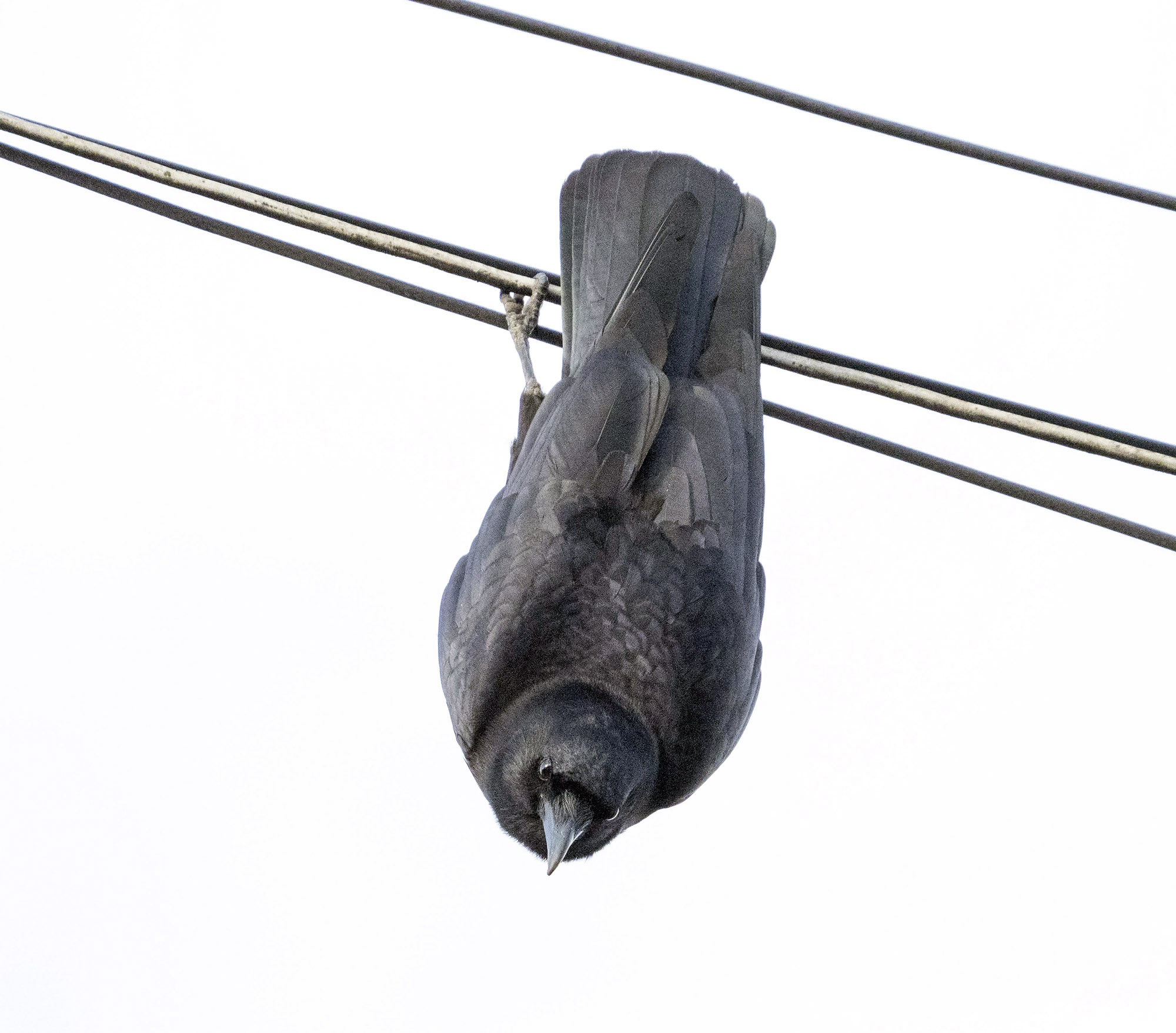 10 thoughts on “Chip’s Tips For Hanging Around”