In spite of local squabbles, crows will come together for a crisis. Instantly.

Border skirmishes, crow etiquette lapses, hereditary rivalries  — all forgotten in a corvid heartbeat when the alarm call goes out.

Peregrine falcon in the ‘hood! 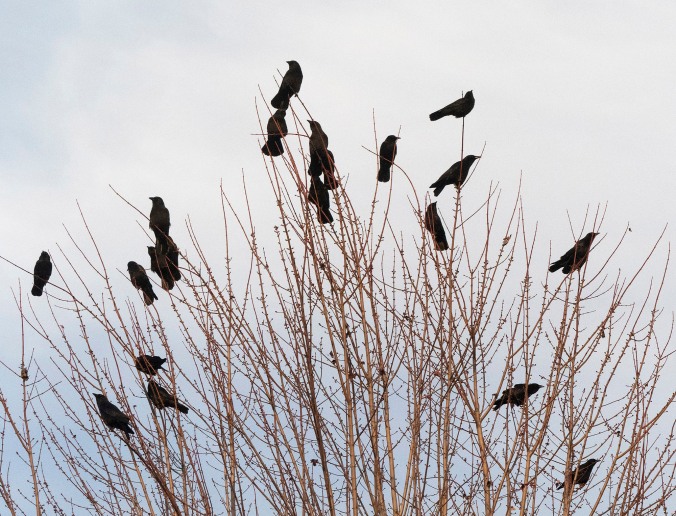 To me, it’s one of their more admirable features — having the sense to know that they’re stronger together, and the ability to put aside individual differences in the face of a common danger.

Raccoons, coyotes, eagles, hawks, falcons, owls and even their own cousin, the raven, are considered enemies by crows. All of these creatures will snatch and eat juvenile crows and/or crow eggs, thus earning themselves a permanent spot on the crows’ “naughty” list.

It’s not that they’re really naughty, of course — just doing what nature dictates — going out grocery shopping for the family. The same applies to crows when they feed on smaller birds, and on through the spiralling circle of life.

While nesting season is over now, and most juvenile crows are now smart and fast enough to stay out of the way of the falcon (who is more likely on the lookout for a tasty pigeon) the crow response to a “sometimes-crow-predator” in the neighbourhood is automatic.

Every crow drops what they’re doing and flies off to join the collective effort to repel the enemy. Their job is to convince the “threat” that crows are just way too much bother and get them to move along and become someone else’s problem.

Individual crows will swoop very close to the offending predator. Sometimes too close for their health. Generally, however, the bird of prey will make a pragmatic cost/benefit calculation as to whether it’s worth the caloric output to chase a provocative crow. Most often they decide to wait out the mob for a while and eventually move on to a quieter spot. 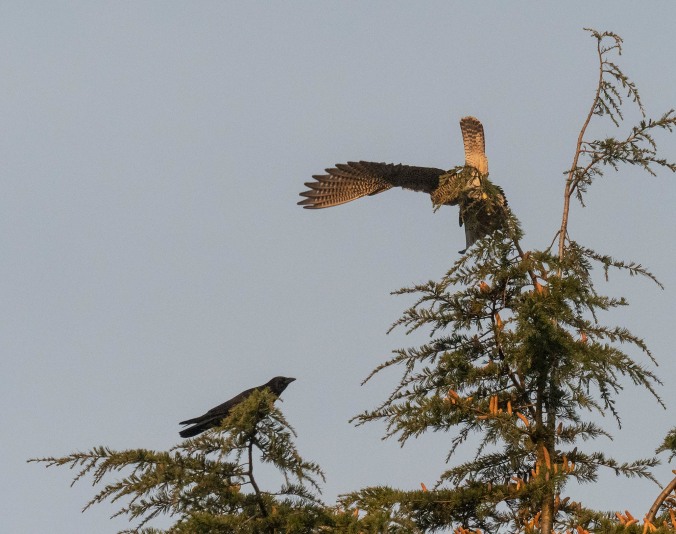 All in all, I think “collective” is a much better, and more descriptive, word for a group of crows than a “murder.”

Apart from group defence, another advantage of crow mobbing behaviour is that, if you pay attention, you can catch glimpses of things that would otherwise go unnoticed.

For other posts about crow-revealed nature sighting:

© junehunterimages, 2019. Unauthorized use and/or duplication of this material without express and written permission from this blog’s author and/or owner is strictly prohibited. Excerpts and links may be used, provided that full and clear credit is given to junehunterimages with appropriate and specific direction to the original content.

A raucous October has spilled over into a riotous November.

No, I’m not talking about the political landscape, just the local crows.

I’m planning to write some individual updates for my various crow acquaintances, but this post is more an overview of the current crow atmosphere.

October is always pretty wild, in a “woohoo the kids are self-sufficient and there are nuts and berries to harvest” sort of way. See last year’s post —Corvid Flash Mobs — for a taste. Usually things quieten down once the nuts and fruit are all consumed, but this year things seem to remain tense on the territorial front.

Almost every crow I come across has an eye to the sky.

Sometimes it’s a well-recognized crow-foe that has them on edge. We’ve had groups of young bald eagles, a Northern Harrier and the occasional raven causing crow alarms.

But the most common cause of crow nerves this fall seems to be other crows.

This fall has been particularly fractious on the crow territorial boundary fronts.

In the city, each half a block or so “belongs” to a crow family and, once the corvid Octoberfest is over, these boundaries are generally respected . Not this year.

I wonder if it’s because so many crow couples this spring didn’t succeed in raising any young ones, so they’re pressed by neighbouring crows who have extra offspring sticking around. Partly these new crows just don’t seem familiar with the “rules” and also they need more space for foraging. Eventually they’ll probably find a mate of their own and carve out their own territory, but in the mean time lots of them are still hanging out with mom and dad. 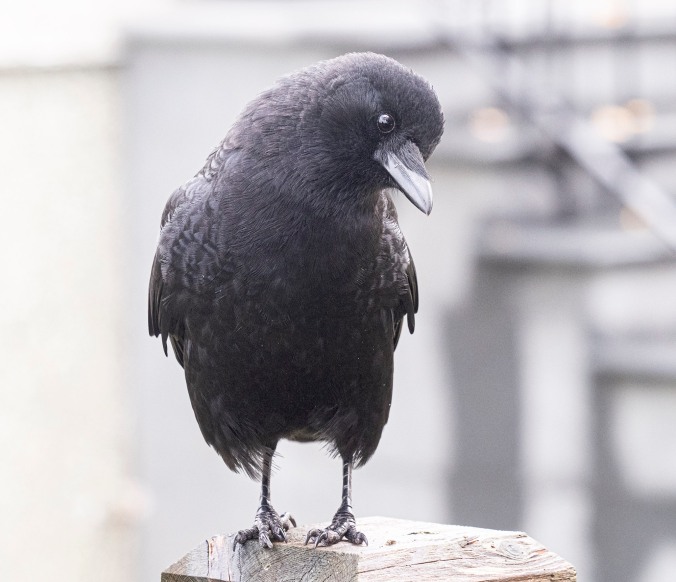 Marvin on guard at our gate.

Marvin and Mavis lost their nestlings to an eagle this year and they have Mabel’s growing family on one side and young  Ada and her parents on the other. Since our house is part of M & M’s territory, I get to see their efforts to repel “invaders” on an almost daily basis.

Mabel and family sauntering just a little too close for comfort.

Mabel and family throw caution to the wind and fly right into the Marvin and Mavis zone.

In this case, there was a lot of cawing and raised head feathers, but no actual hostilities broke out.

Marvin’s “Hold It Right There” look 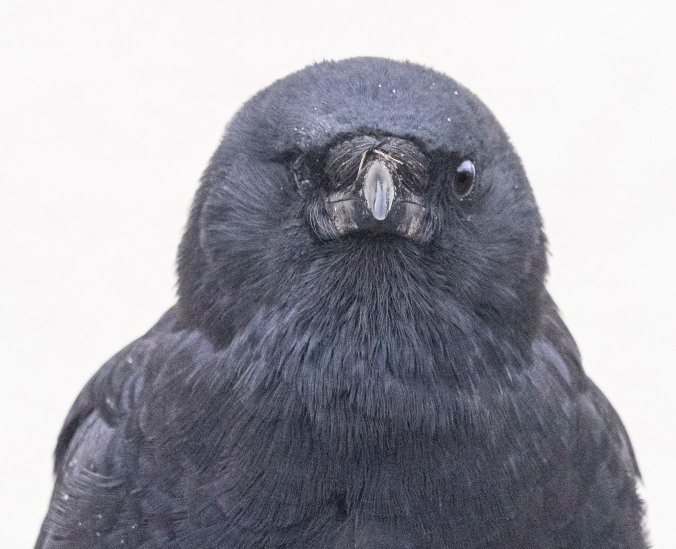 Met with Mabel’s “Don’t Mess With Me” look.

Meanwhile, on the Northwestern front, Marvin and Mavis face incursions by the lovely baby Ada and her family. Constant vigilance, and much cawing, is required.

This morning, for example, saw a rather spectacular series of skirmishes in the borderlands.

One minute you’re just sitting, minding your own business and enjoying the view from a nice rotting old washing line post …

For all the flapping and pecking and pushing, no-one was injured and everyone flew off to their respective territories, ready to tussle another day.

I see Marvin and Mavis’s predicament repeated around the neighbourhood with borders being tested every day. Since the dog and I, on our walks, tend to be regarded as “territory on the move,” I’m being careful not to ignite peanut-driven civil war. This means few peanuts, dropped discretely and far from boundaries.  Even then, I’m finding myself being followed by the new generation of roving crows.

Ever have that feeling you’re being watched?

Stay tuned for more detailed individual updates on Marvin and Mavis, Mabel and Gus, the Pants Family, Ada and the Slocan Trio.

In the meantime, keep your eyes open for those short-lived, but very dramatic, territorial sky squabbles.

Was it something I said …?

© junehunterimages, 2019. Unauthorized use and/or duplication of this material without express and written permission from this blog’s author and/or owner is strictly prohibited. Excerpts and links may be used, provided that full and clear credit is given to junehunterimages with appropriate and specific direction to the original content. 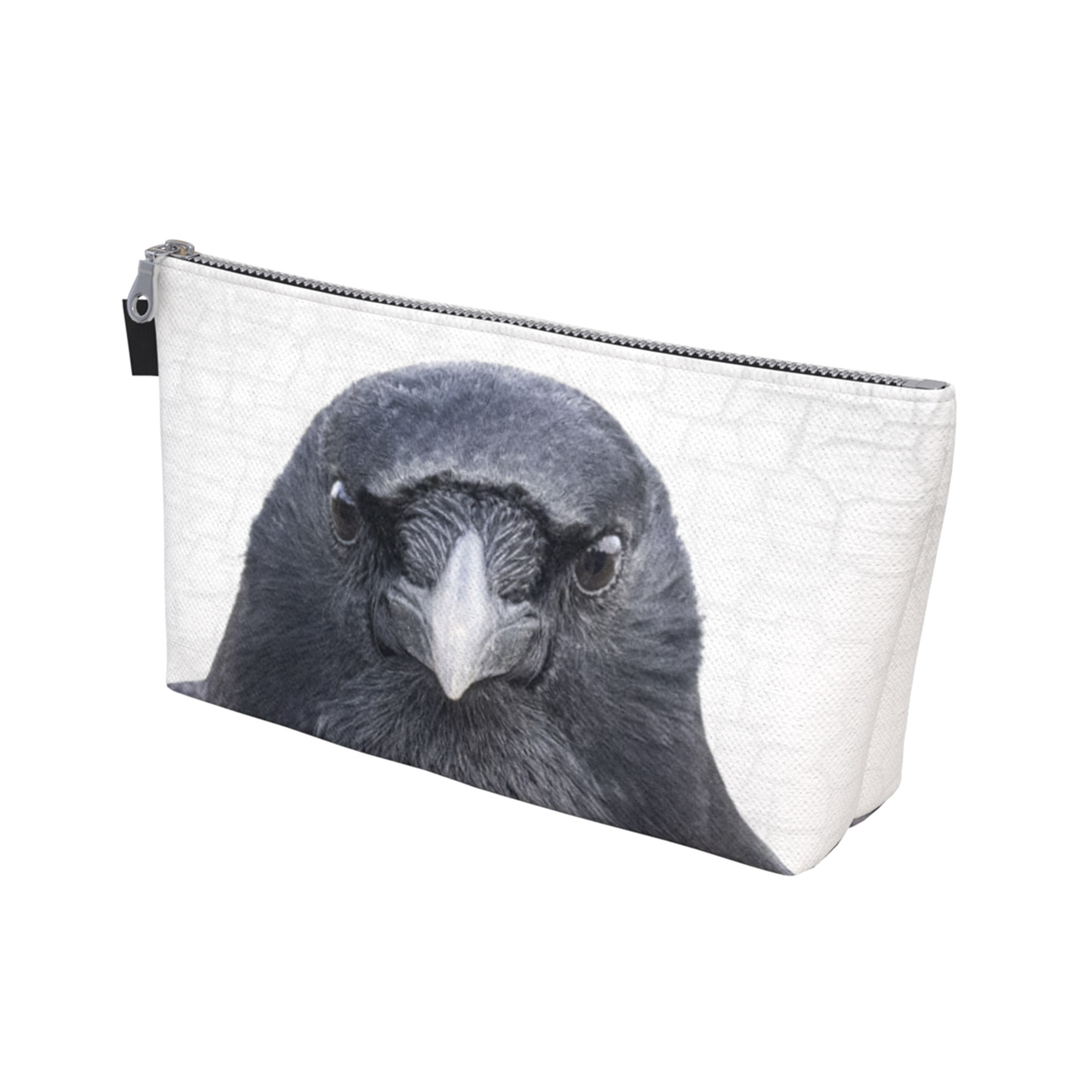