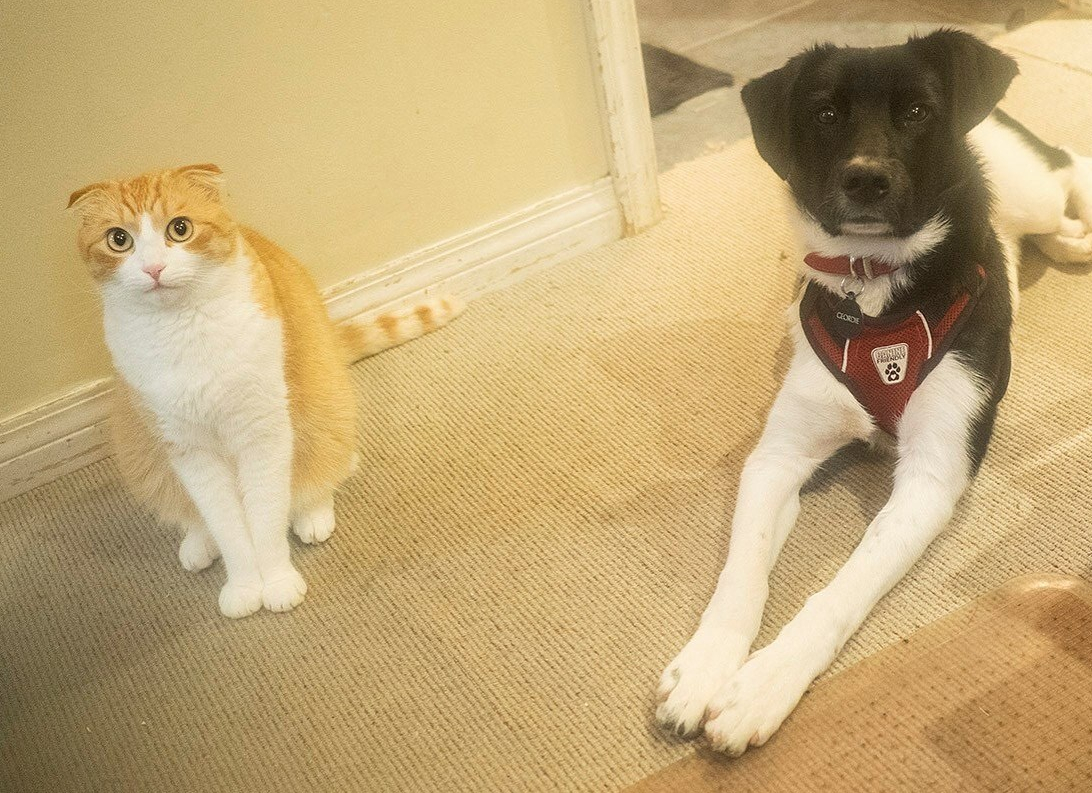 For two years after Molly died we were a one-cat, no-dog, household. It was a situation that could not last. It is, after all, a truth universally acknowledged that life is incomplete without a dog.

I thought, since we’d be quite old by the time this new dog was in its senior years, we should get a small lap dog. Having cared for several large dogs in their geriatric years, it seemed that a dog that could be moved without a winch might be a good idea. This pronouncement was met with some mockery from my family, since the last time we’d been looking for a dog I’d started out seeking a Cairn terrier … and yet we somehow ended up with two labradors.

The main requirement for this new dog was, of course, that it be Edgar-approved.

Via a series of fortuitous circumstances Geordie ended up on our doorstep. 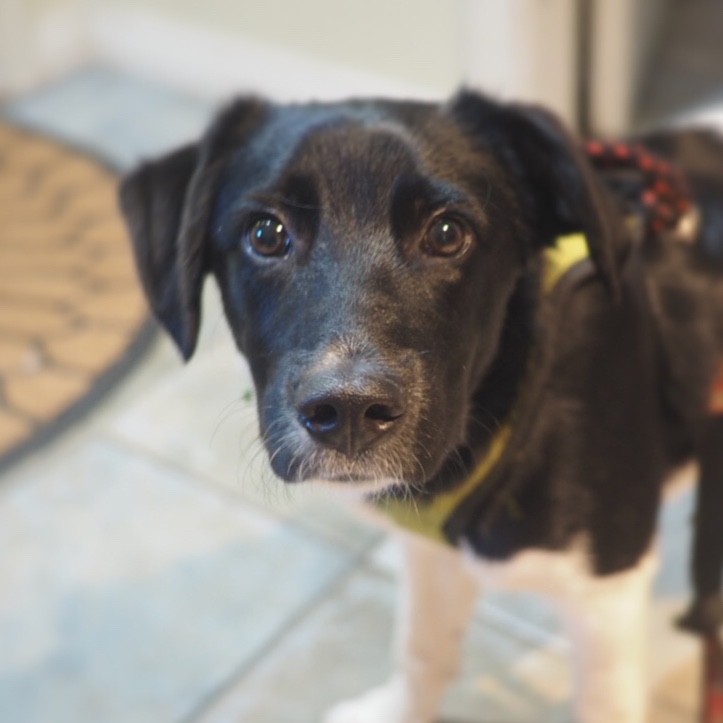 Not a lap dog, in size or temperament, and yet still somehow perfect for us.

I’ve outlined the whole story of how he got from a shelter in California to our house in Gone to the Dogs, but this post is more about Geordie and Edgar’s relationship. 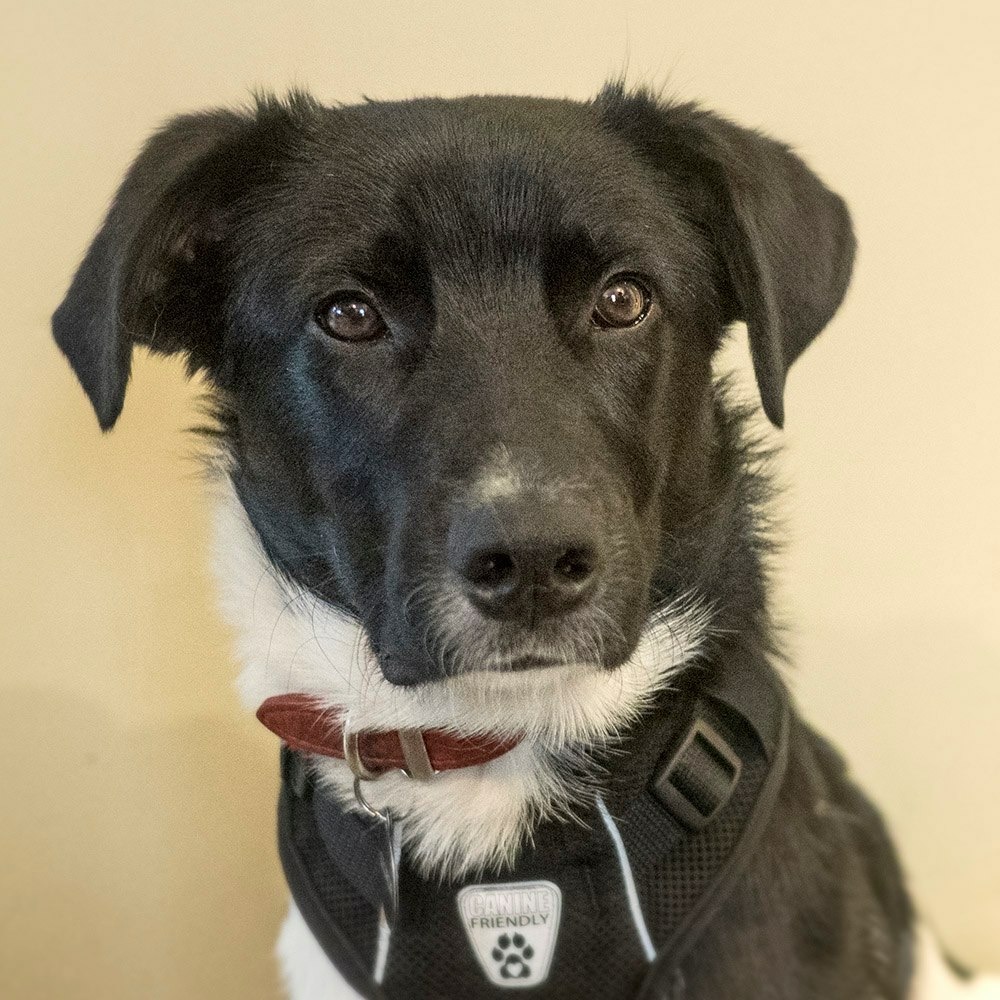 It took half an hour to persuade the very nervous Geordie to enter the house on his first visit, so he was quite happy to leave Edgar well alone for the first little while.

But, timid or not, he was still a puppy and eventually he had to go check out the regal ginger being on the chair. After a few respectful sniffs, he got a bit carried away and Edgar had to resort to a fierce hiss and rapid fire series of (clawless) paw swats.

Luckily Geordie is a very quick learner and, although he needed a few reminders in the early days, he has now fully absorbed the lesson that Cat is King.

You may have noticed in recent posts that Edgar sometimes like to sleep in Geordie’s bed, although he has a perfectly fine cat-sized one of his own. This was a pattern set early on, when he would claim Geordie’s special sleeping mat. 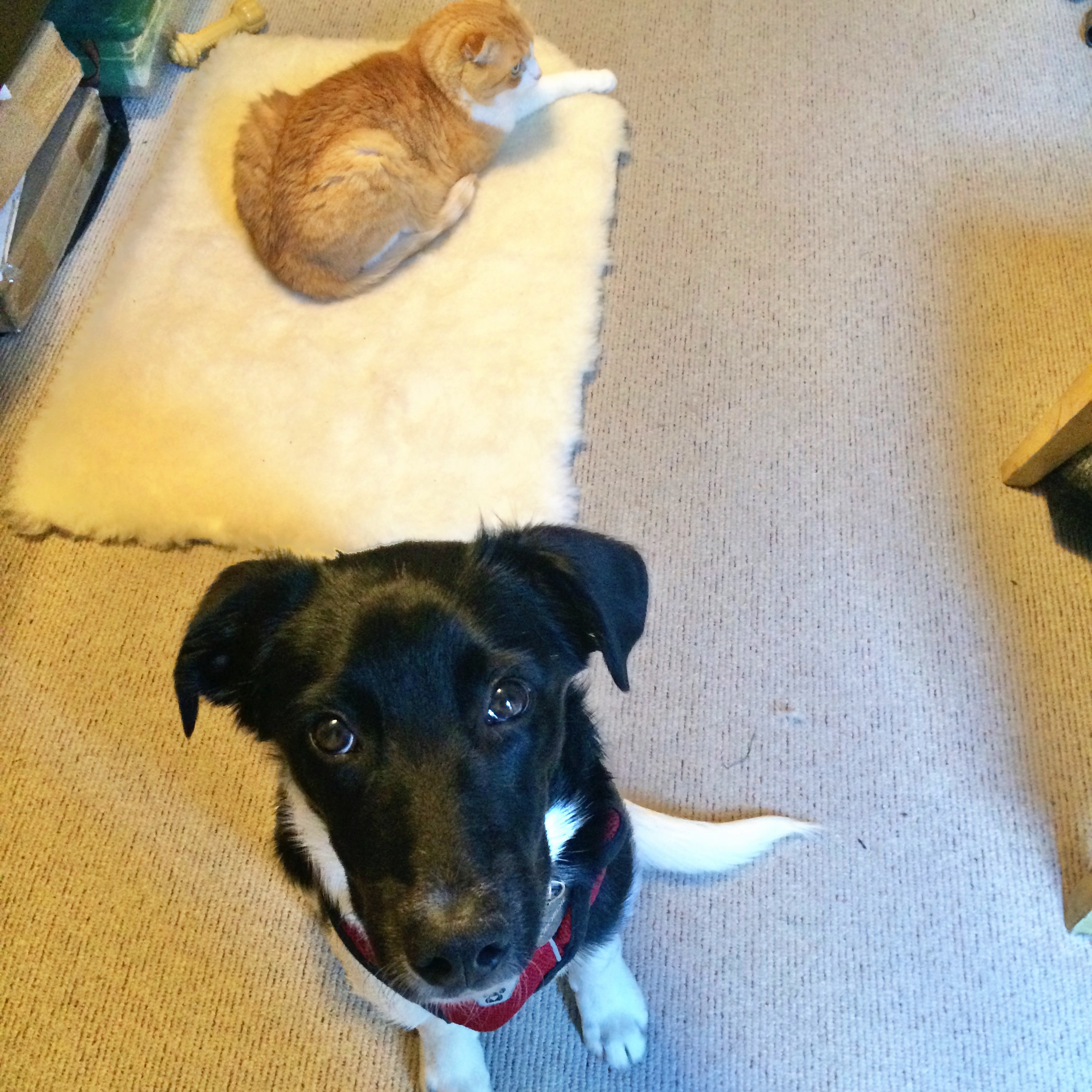 He would also eat the food right out of Geordie’s bowl. 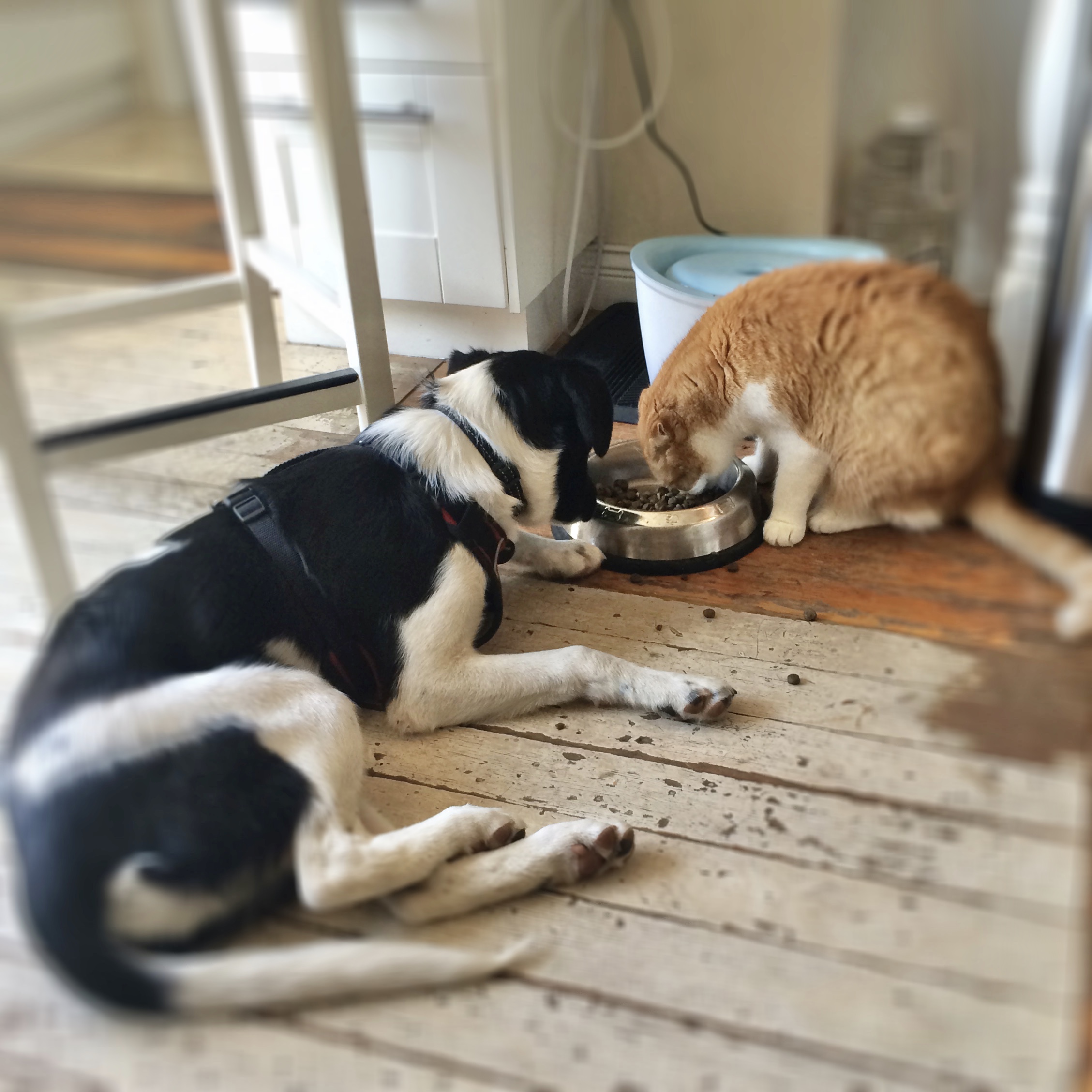 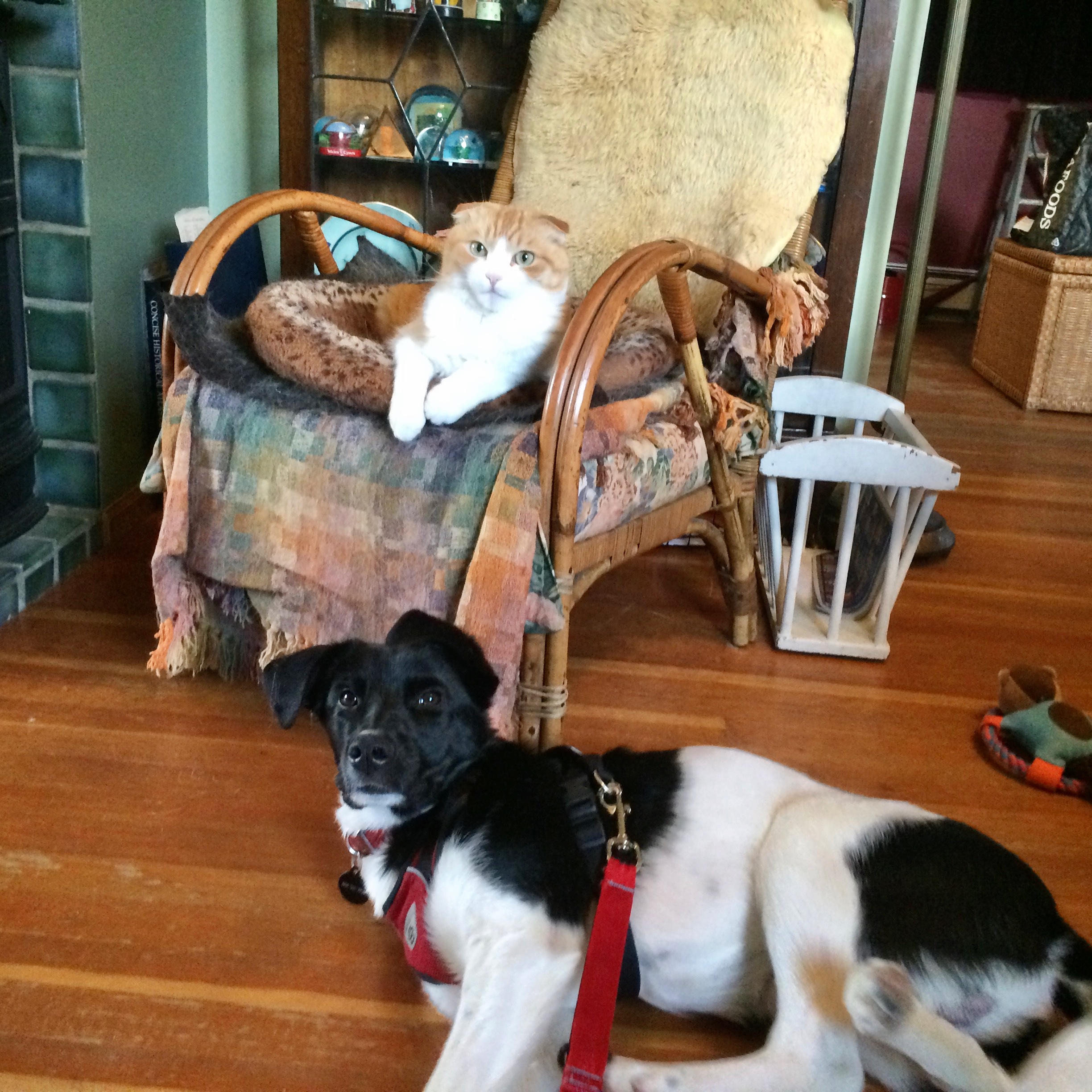 Geordie learned at the feet of the master, even adopting Edgar’s signature “crossed paws” poses very early on. Either that or they are just naturally demure soul mates with excellent posture. 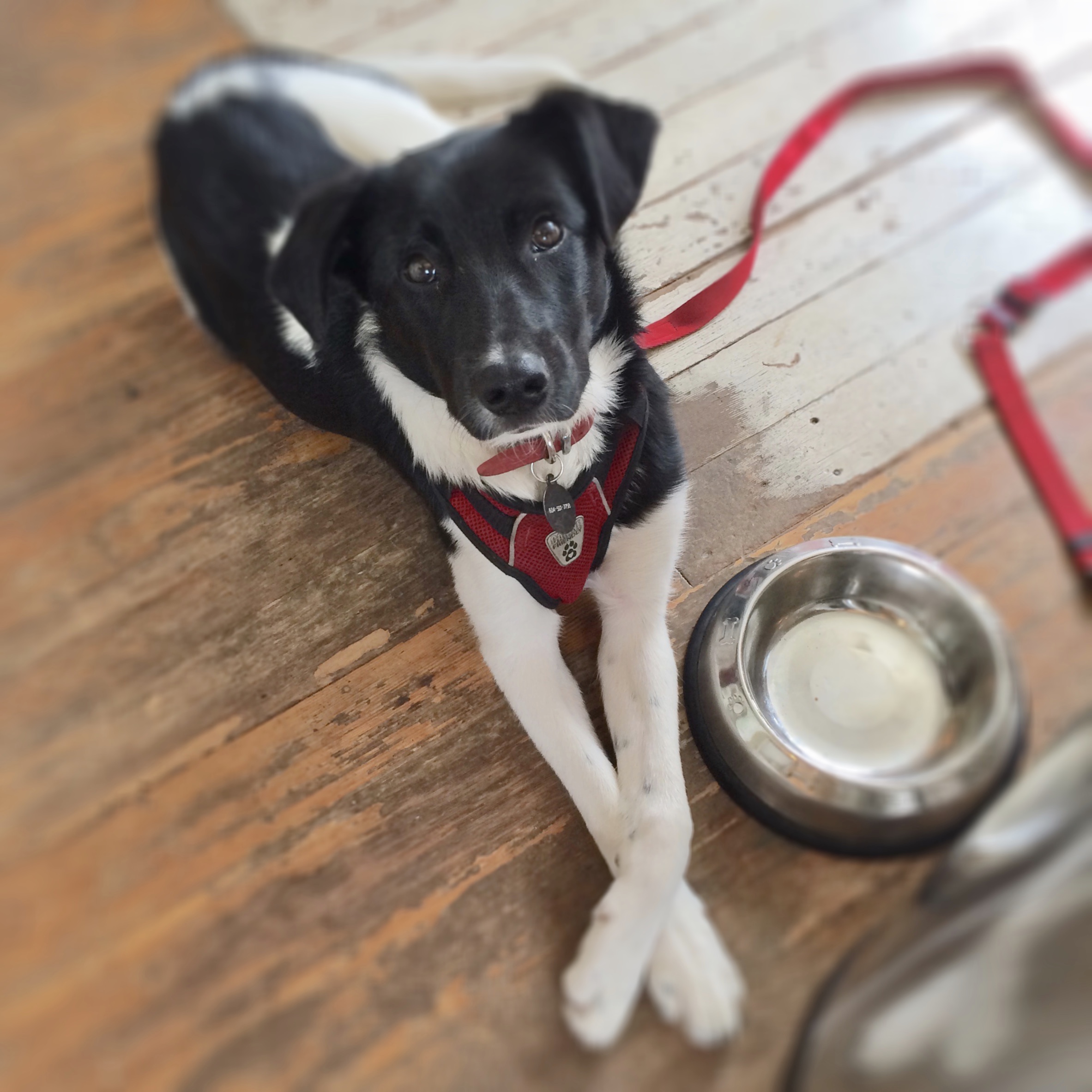 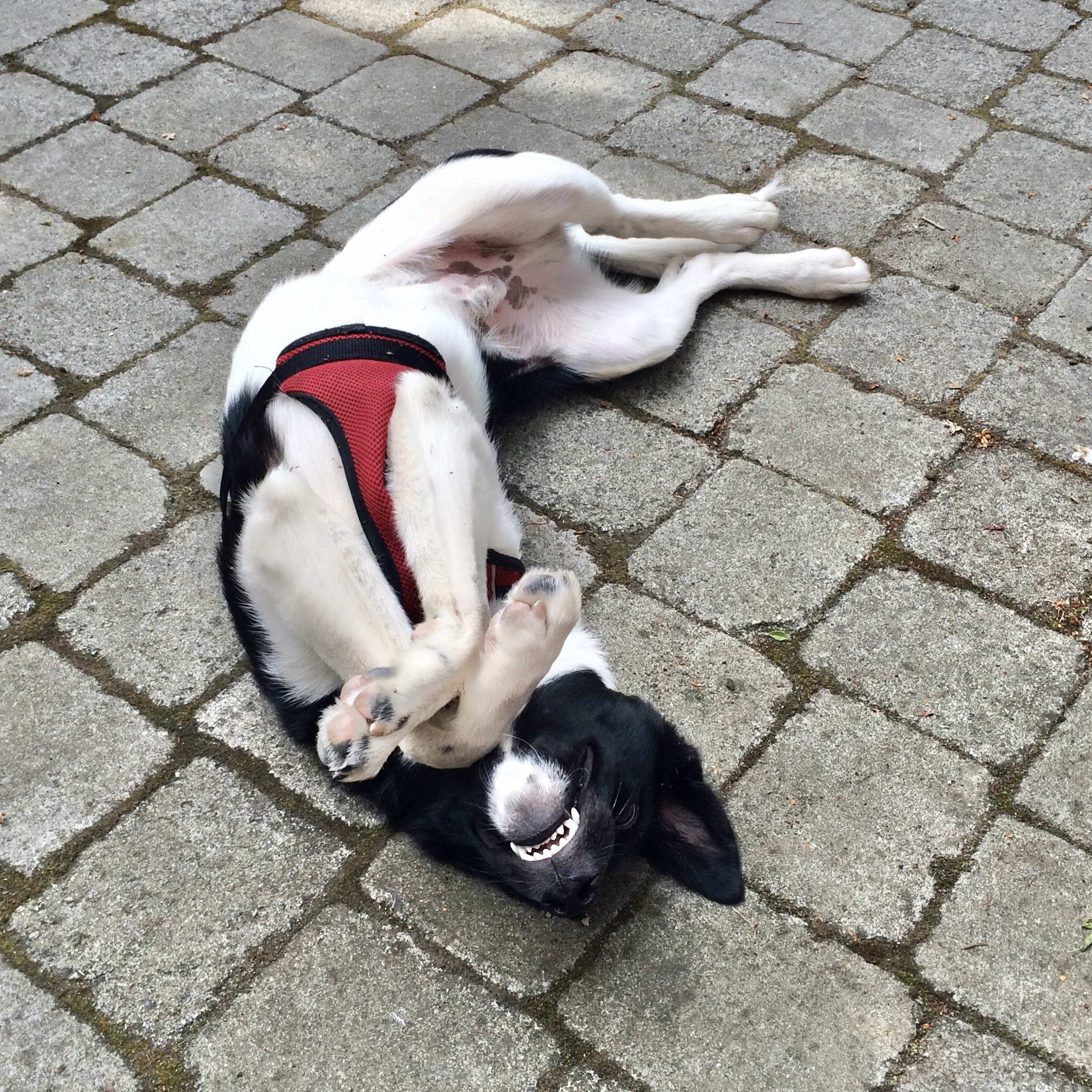 They’ve been together now for just over four years and have settled into a mellow groove, Edgar gradually passing on his wisdom to the young acolyte. 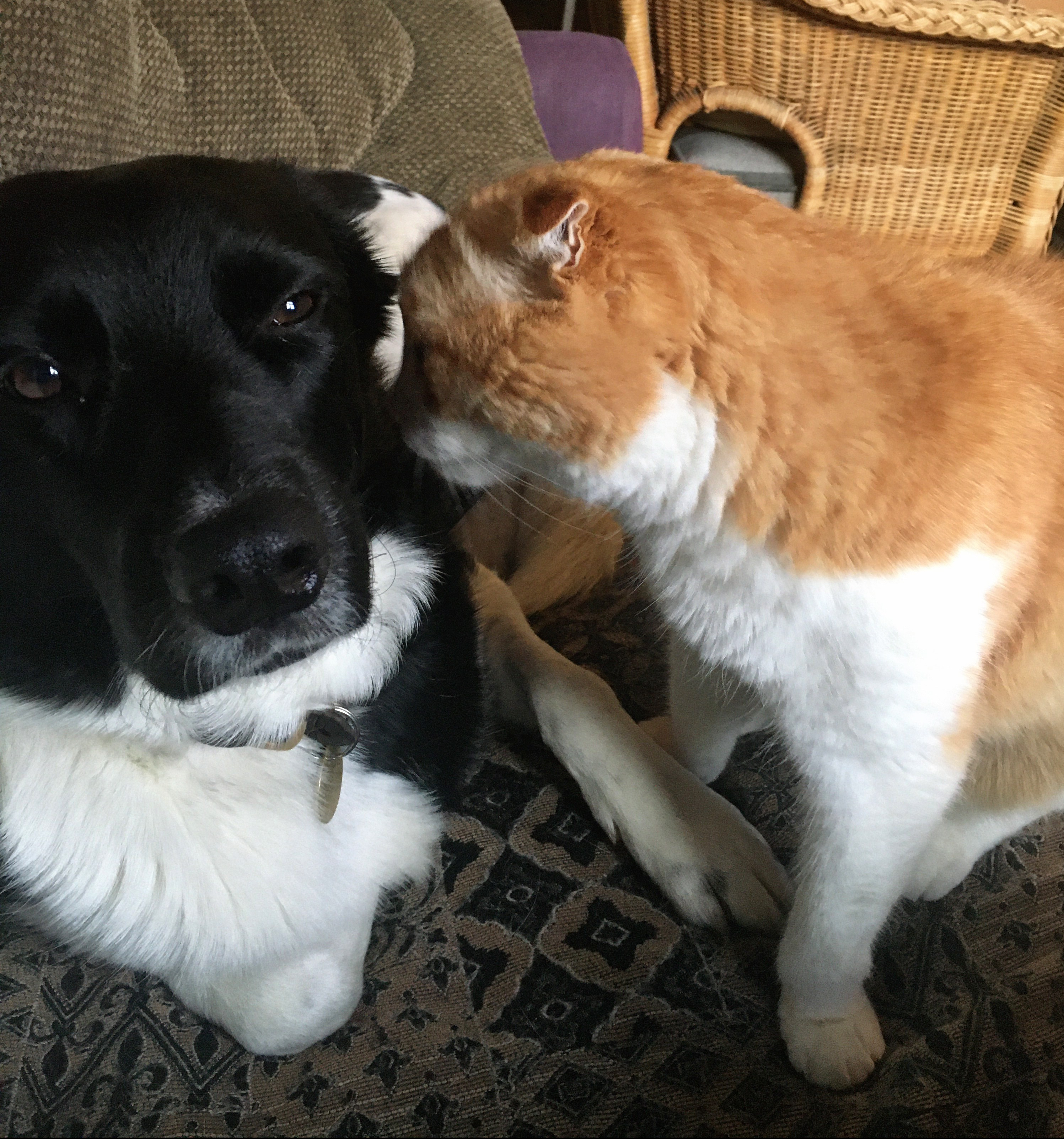 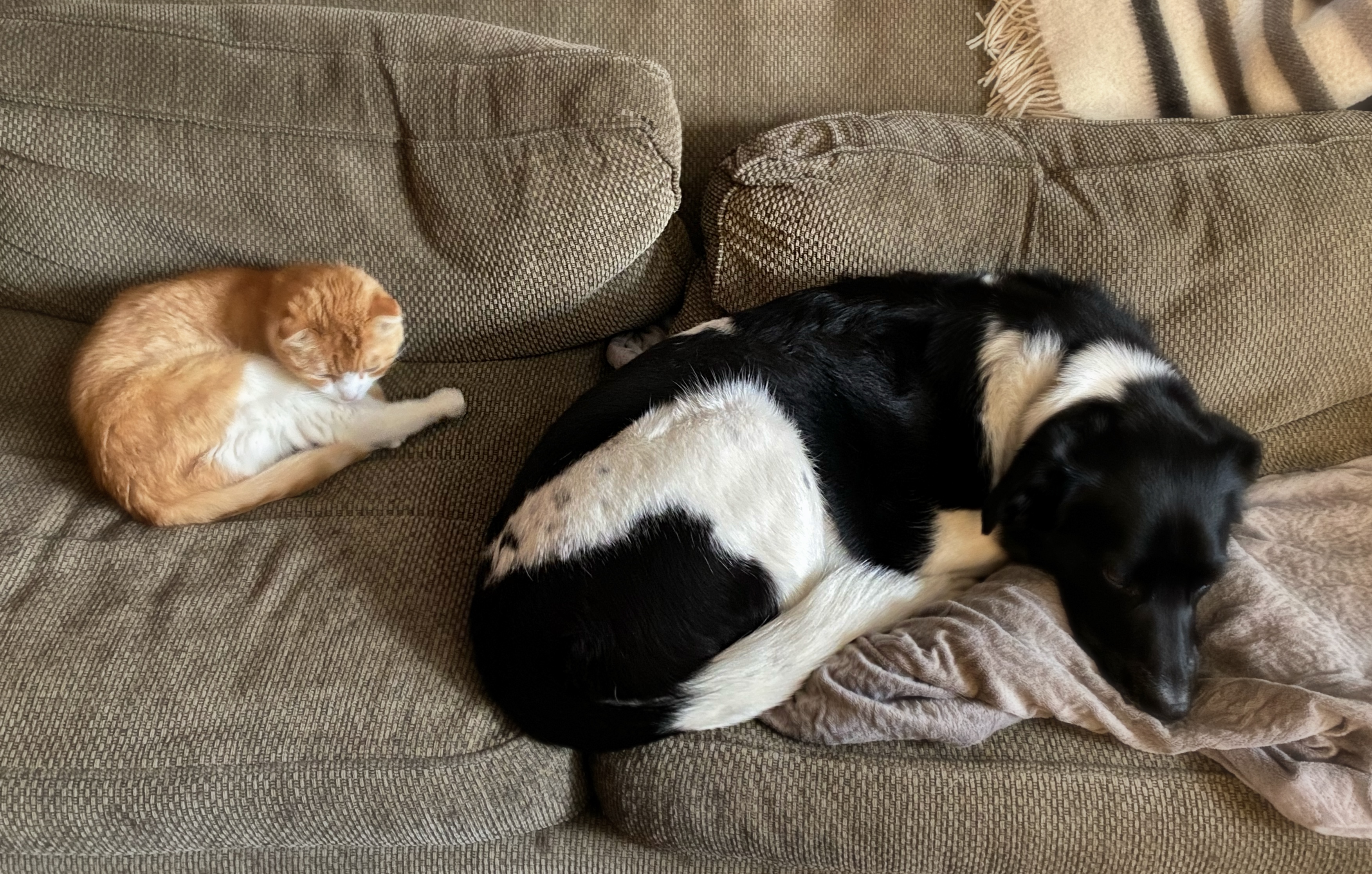 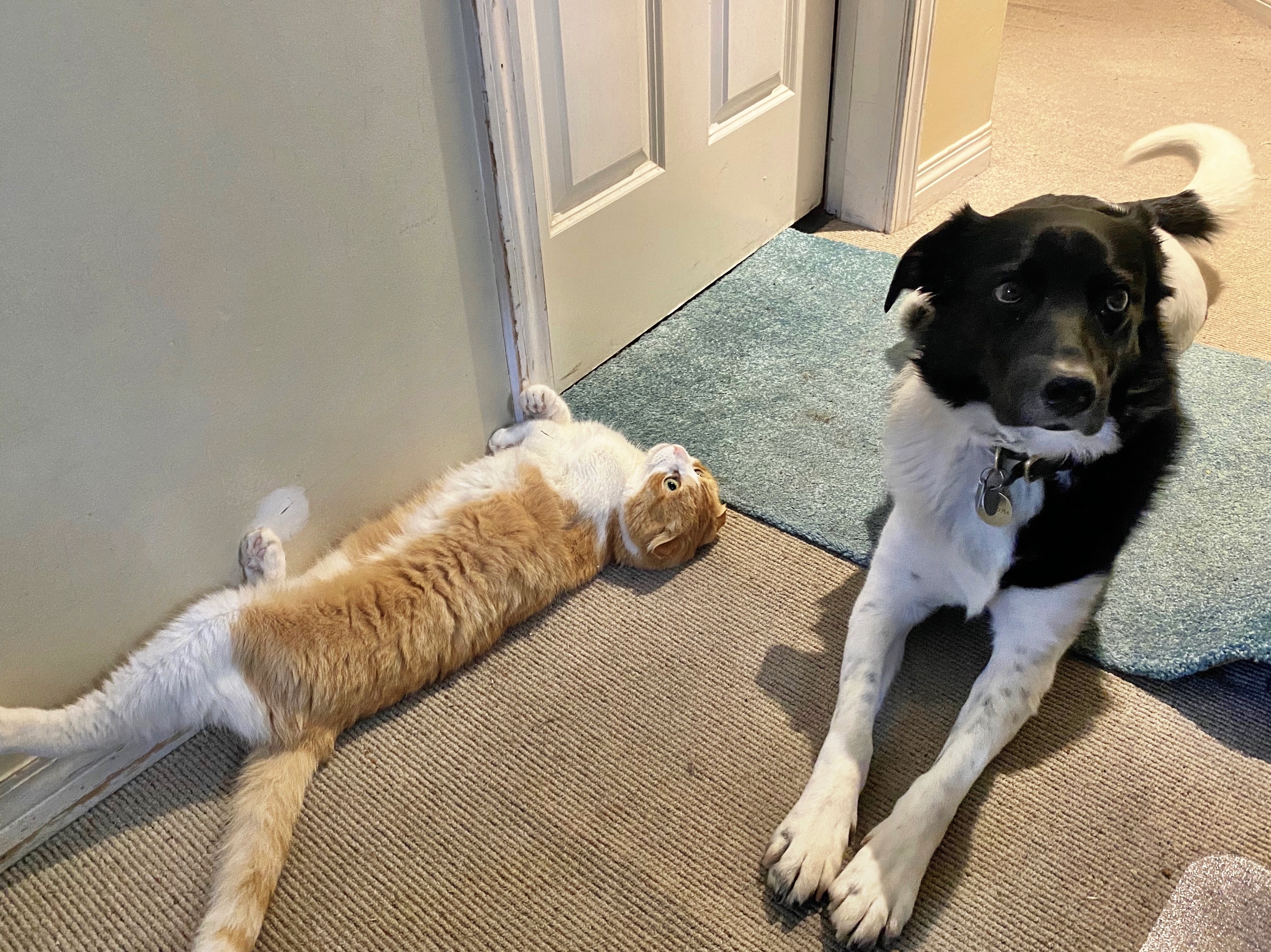 While Edgar has a number of other fine canine acquaintances, it’s really hard to imagine a more perfect full-time pod-mate for him than Geordie. 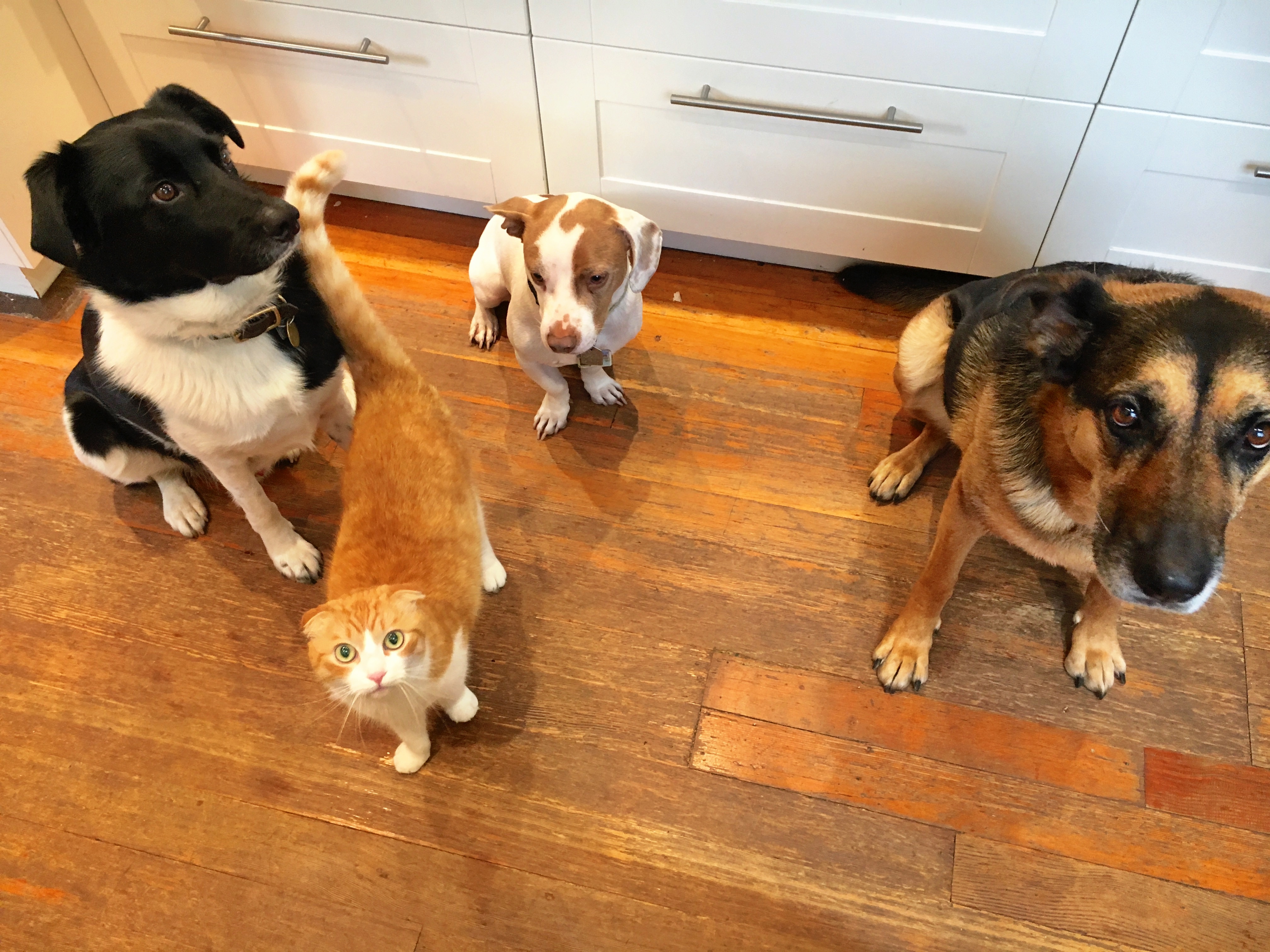 9 thoughts on “When Edgar Met Geordie”